Has anyone else noticed this?

The items are real issue as seen by the name tapes and tiny USN logos throughout the pattern.

But I noticed 2 distinct "types".

The light type is on the left and the darker one is on the right in this picture: 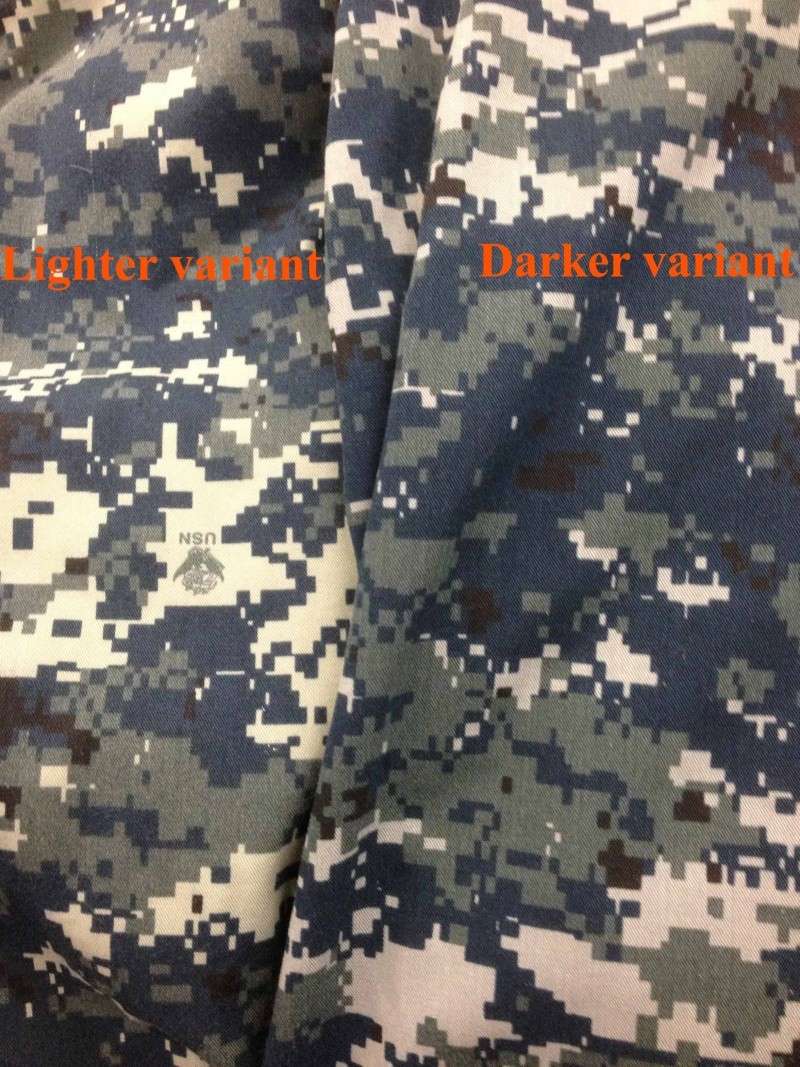 I've even seen some NWU's with a mixture of both kinds of fabric on the same garment, though the darker one is usually confined to the body and the lighter one is always stuck at the arms.
urbankombat

may be a difference in fabric. or a different company made them and that would explain the difference.