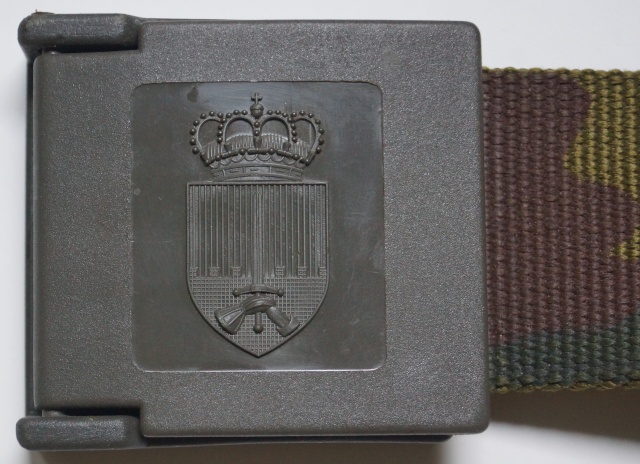 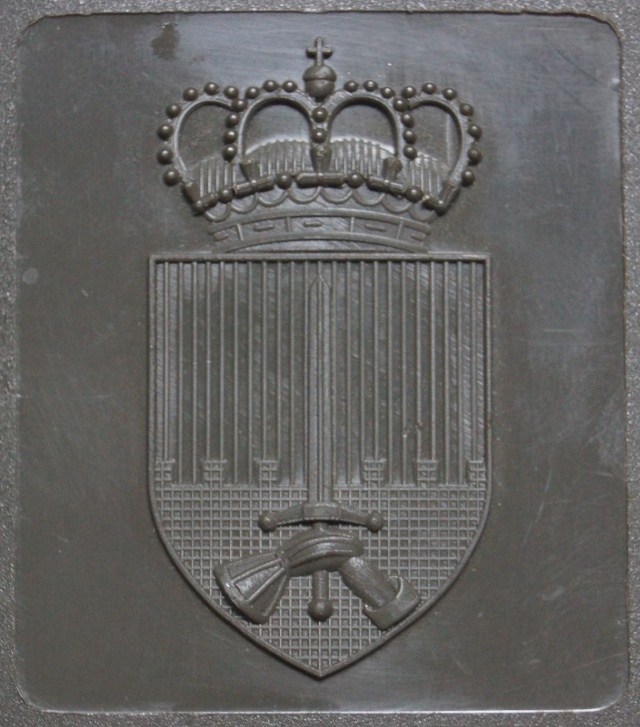 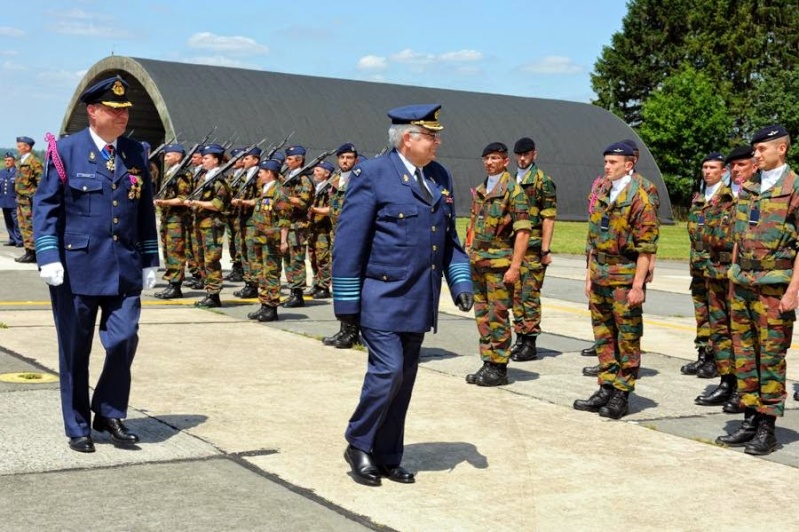 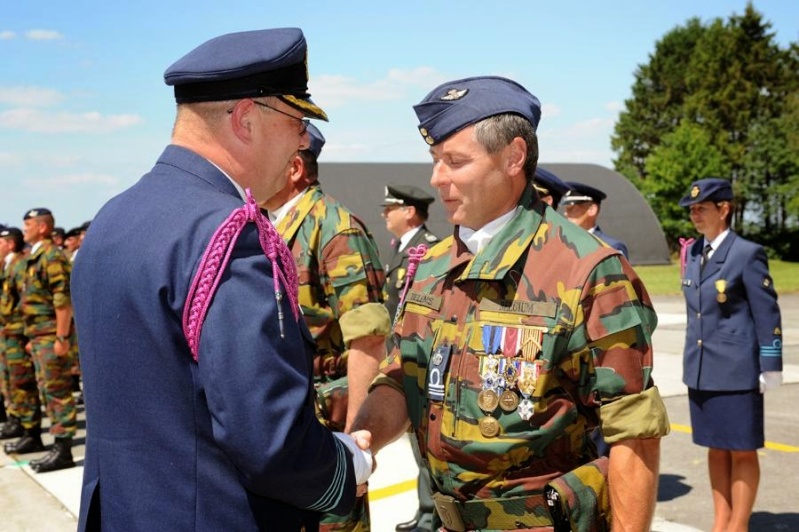 What kind of shield is that on the belt buckle?
CollectinSteve

I was told that these were the first belts made, but subsequent orders had no crest on them as it was cheaper. I don't know if they switched back to having the crest on it, but for sure I have both types. Perhaps one was for non-Army units?

I was told that these were the first belts made, but subsequent orders had no crest on them as it was cheaper.  I don't know if they switched back to having the crest on it, but for sure I have both types.  Perhaps one was for non-Army units?

In fact, there are 2 types of Army belts in use today.
The one with the Belgian Army crest is the Pistol Belt; it is wider than the other one and has eyelets.
The other one without the crest is the trouser belt; that one is narrower and does not have the eyelets.

Thanks for your identification Pascal.

Is that possible a small one with the Belgian Army crest also exist ? Look at the following picture (sadly, that the best resolution available...the picture come from a website) : 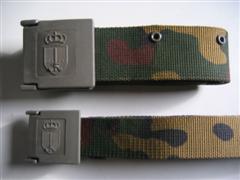 What's the use of this one ?
flashesandovals

Well, my post is based on what I was told yesterday by an active duty soldier who also showed me his two belts; the pistol belt has the crest, the trouser belt hasn't...
Based on your input here, I think it is safe to say that both types of belts appear to exist with and and without crest.
Also, I am not sure that this crest is still being used as the official "Army" crest. That may explain the fact that the belt buckles no longer have them.
CollectinSteve

For sure I can confirm that there are belts in both sizes that do not have crests on them. I have them in my collection and a spare trouser belt that I wear with my trousers (VERY comfortable trousers, so I wear them sometimes

I was told that the original batch of belts had crests on them for the Land Component. But belts had to be made without crests for the other Components because, obviously, they would rather die than wear something with an Army crest on it

Because it is cheaper to mass purchase one type vs. two types, I was told the decision was made to buy belts without crests for all members of the Belgian military. This may or may not be accurate information, but for sure the belts exist with and without crests.

I got another ABL belt this morning, with the medical component seal. I didn't know they existed prior to purchase it... 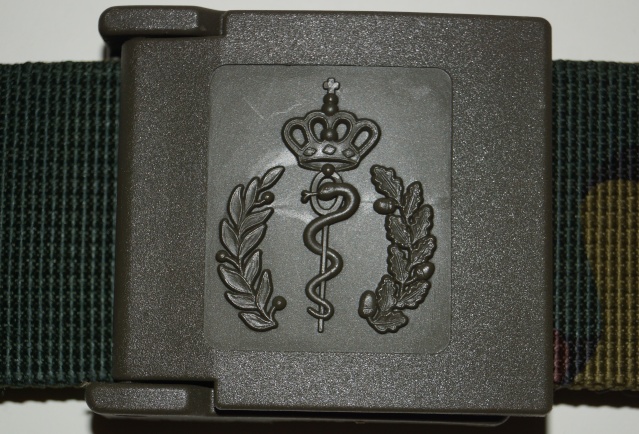 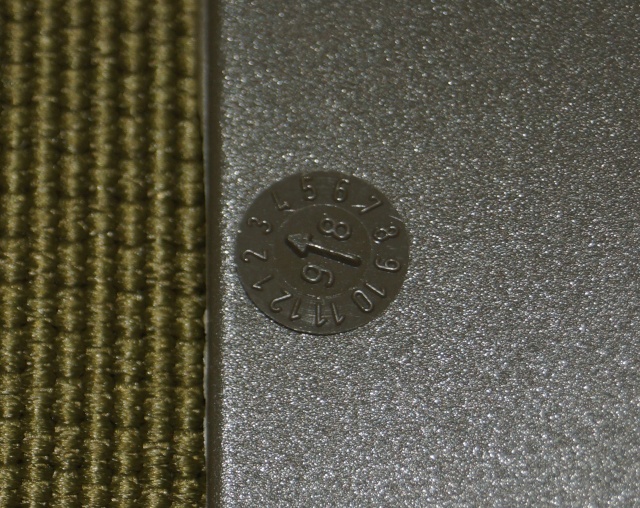