Received this DCU shirt awhile back.   Pity it seems like a put together as I don't think any member of the military would wear such a sloppily patched top.

Shirt is new, name tape has been  removed. 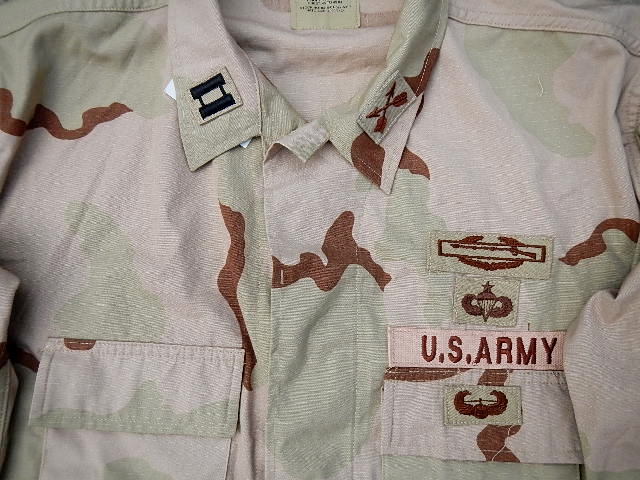 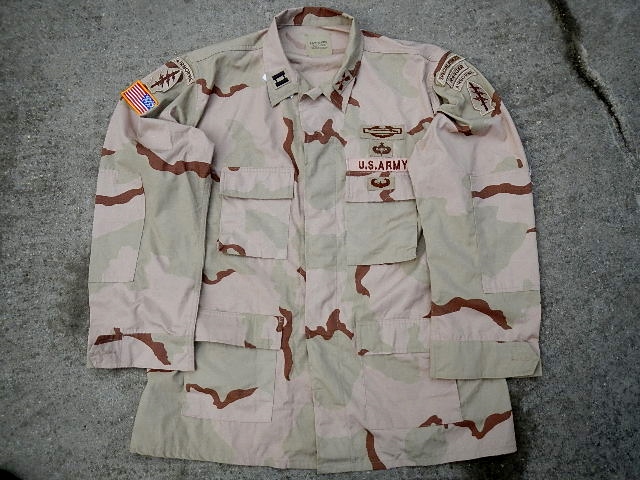 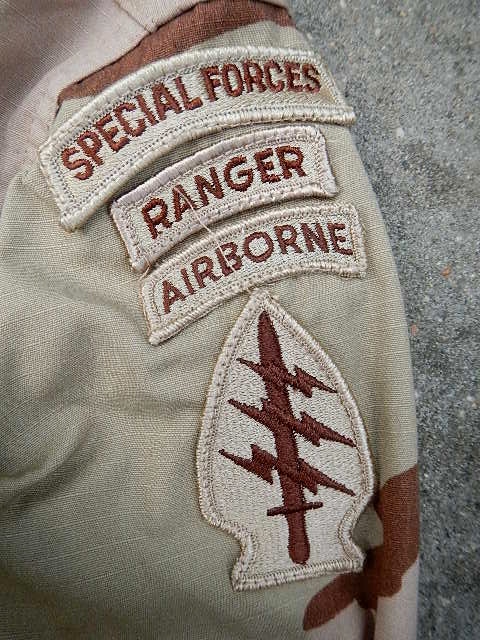 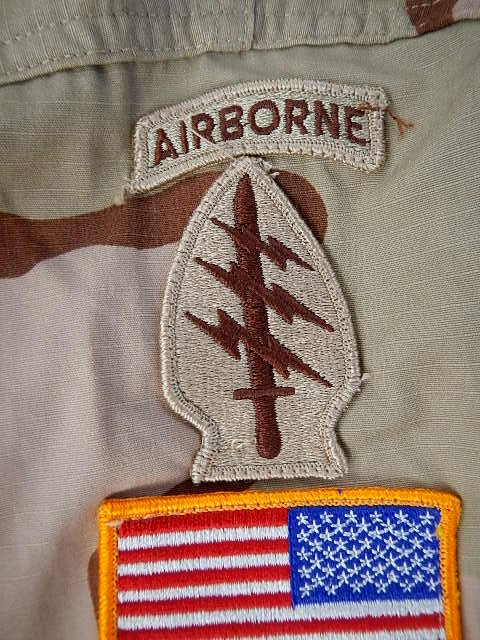 Quick look at it and I don't see any problems with the badging in terms of violation of regulations. So in theory, this could be legitimate. The application doesn't look sloppy to me, though the thread tails certainly haven't been clipped. Given that it was never worn that's not a red flag IMHO.

Still, it is quite the clutter of stuff for a Captain. Totally possible, but rather hard to believe one guy managed to rack up all those courses successfully. Though if someone did, Special Forces would be a likely vocation for the guy.

Thanks for your comments,

The insignia & qual badges, if the piece is  legitimate, would not really be a red flag ( considering the  continuous re deployment of SF troops ), nor the loose threads would  be a problem.

I have DCUs And BDUs that I know are legit and still have the  loose threads.    Also have unused pieces with  laundry tags stapled to them that were probably ready to go, but never used.

Probably due to the  changing over to new  US  camo patterns.

This  DCU is new, with tag ( under the Captain rank ).  The name tape was removed but not there long; ghosting can barely be seen.

It could have been just back from one of  the (mostly  sloppy ass ) tailor shops  that populate the  off base areas, but doubt a Captain would patronize them.

Definitely not done in the Officer's Uniform shop on base.

In the end it is only an  opinion, but it just don't feel right.  Both the SF SSIs are too close to the tabs, and seem a bit off center, and crooked,  as does the Air Assault  badge.  :suspect