In Canadian military service this hat was called either a Bush Cap or Field Cap, the term 'Boonie' for this type of headdress and the insignia associated with it is an incorrect collectorism.
Gungadd

Further to Ed's point, these bush caps were worn in different, often distinctive, ways over about four decades, perhaps to reflect the tastes of the individual. I think it is fair to say that it was a uniquely Canadian item, and I thought it was a shame that they were phased out in the early 2000s.
Gungadd

Picked up another one. Anyone know what the patch is for?
Mk1rceme 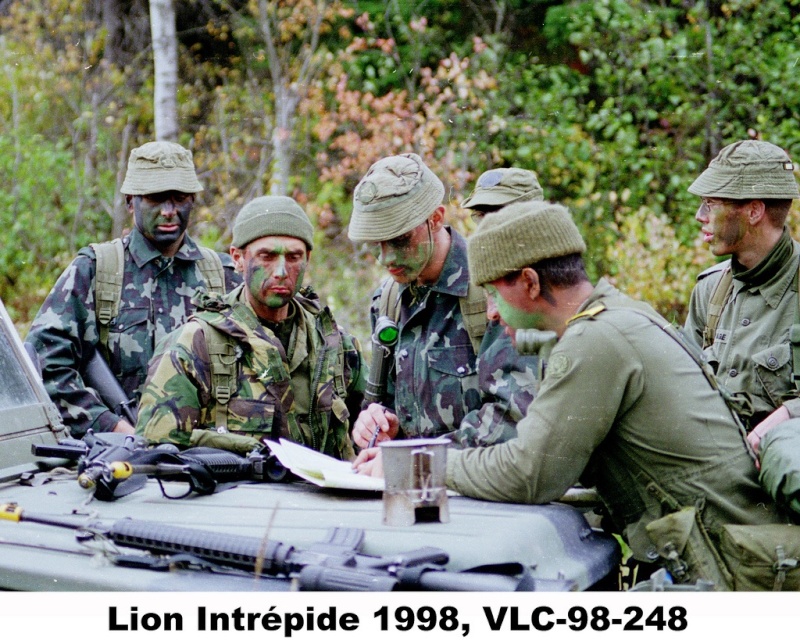 This is a very cool photo - shows the "Garrison camo" actually in use in the field (first I've seen), a DPM version and the green uniform all in one photo...
edstorey

Yes it is an interesting photograph but please note that neither the Garrison Dress Jacket nor British DPM were regulation Canadian field uniforms in the late 1990s. The most likely reason why these unconventional garments are being worn in the field is that the troops in this photograph are acting as an 'enemy force' or perhaps as local militia irregulars for the purpose of the training exercise. This type of training scenario with irregular forces was quite common in the late 1990s for at that time Canada was fielding a battlegroup in the Balkans with NATO.
Sponsored content