Not sure if badges are correct but they were on the cap when bought. Has a wire stiffner inside the crown. 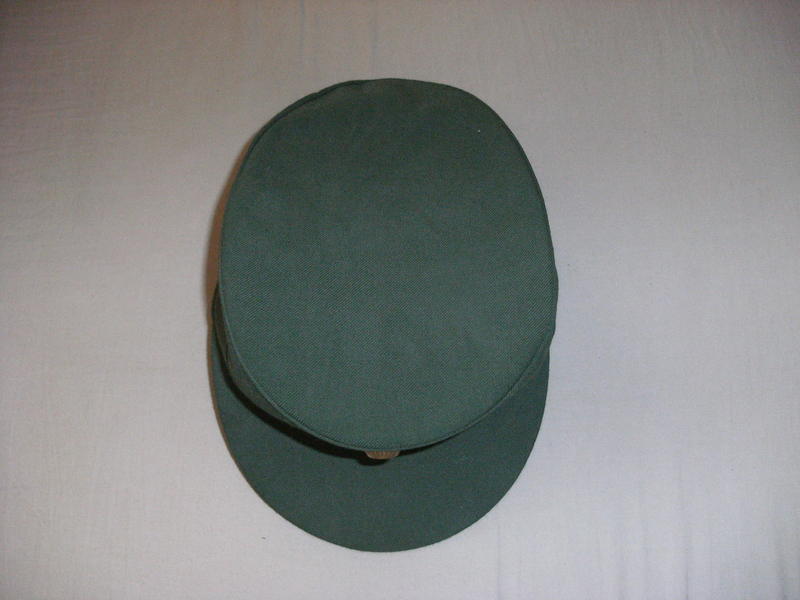 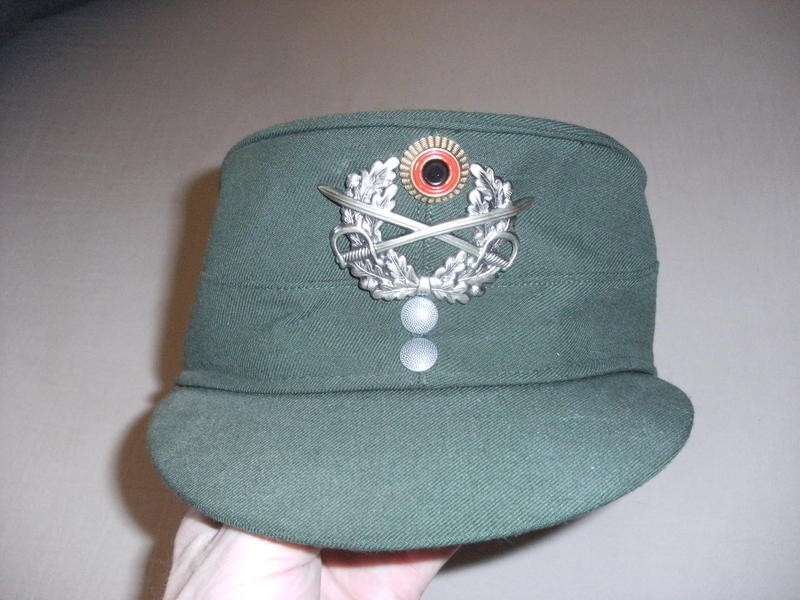 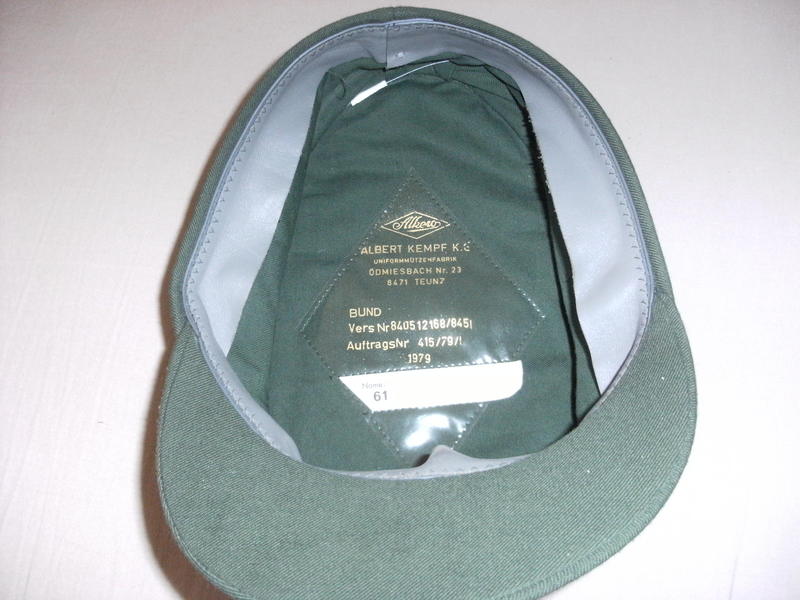 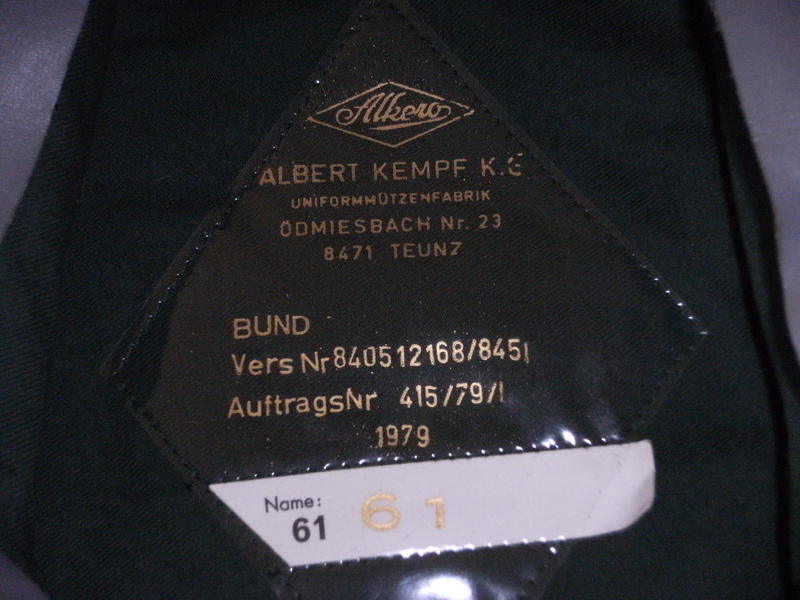 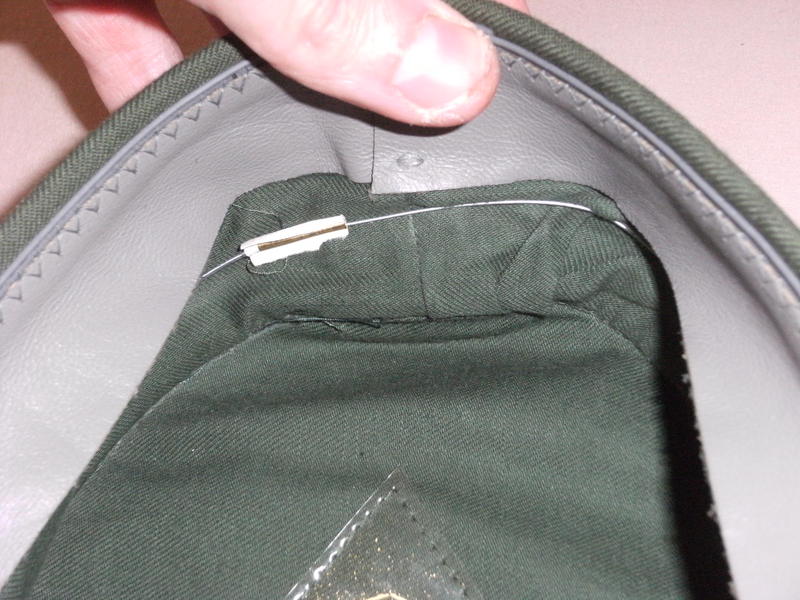 What you have is a standard BGS service cap with incorrect Bundeswehr wreath/crossed swords. This type of hat was worn from roughly 1976 until the late 1980s IIRC.

funny you show this richard as there is a very similar example on ebay uk at the moment ,the crossed swords wreath is fitted much higher though
Gulf91

Havent removed it yet but will be very pissed off if it leaves prong holes in the material,why on earth do people do this???
CollectinSteve

Because they think more bling is better than less.

BTW, this type of hat had two different styles of badging. The first type was a metal "bullseye" from the 1950s through sometime around the late 1970s or very early 1980s. The second type used the same sunburst shield that was used on the service caps (Schirmmützen). I'm not sure when the transition happened, but I did find a picture from 1982 and it was the sunburst type. However, I do have a picture of a BGS guy post 1976 wearing the hat with the bullseye, so for 1979 it might still be correct.

On the subject of blinging things up,dont you just hate idiots that remove original patches from shirts,tunics etc to sell individually for pennies when on their original item of clothing they would be worth a lot lot more!!!
Gulf91

Thats the one richard ,do you think these were sold as souvenir's like the soviet caps sold by the market vendors in berlin ,they bling up anything from padded tank helmets to ushanks's and such like ,seems strange we now see two of the same and begs the question how many more are out there ,cheers
james
Gulf91

Could well be James,hadnt thought of that,always chuckle when I see those Pilotkas crammed with badges.
Sponsored content