These uniforms were not intended to be used in Central Europe during summer despite their name. They should be used just for missions abroad. As the Czechoslovakia ceased to exist soon after their adoption they were soon replaced by national camouflaged uniforms in both woodland or desert camo.

First model - stamped 1990 (or maybe sooner). It was used during Desert Storm, trousers have reinforced thighs and knees and they have thigh cargo pocket with covered buttons.

Second model - Stamped 1991. It didn´t make it into Gulf war soon enough but they were used in peacekeeping operations in former Yugoslavia. Trousers have reinforced thighs and knees. Waist pockets covered by flaps with exposed buttons and thigh cargo pocket with exposed buttons.

Third model is the most simple one. I don´t know about the stamping or usage. Trousers didn´t have reinforcements, nor the flaps on waist pockets. Cargo pockets had flaps with exposed buttons.


Here are pictures of second model I recently bought. 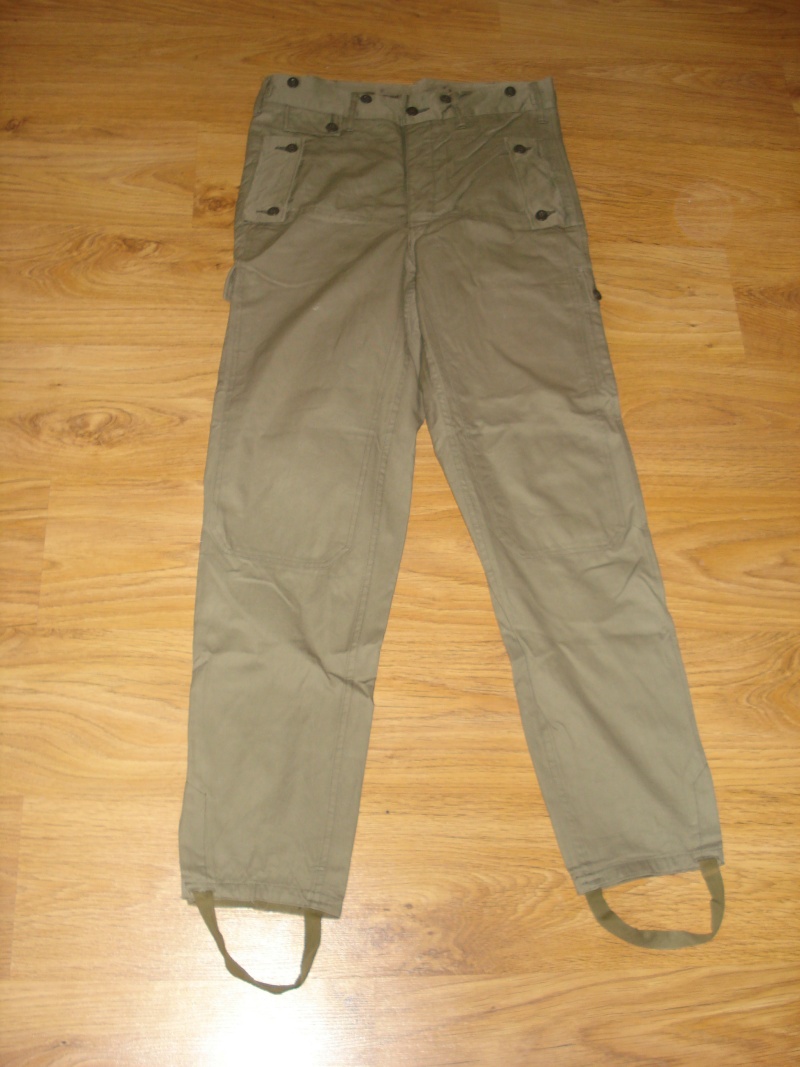 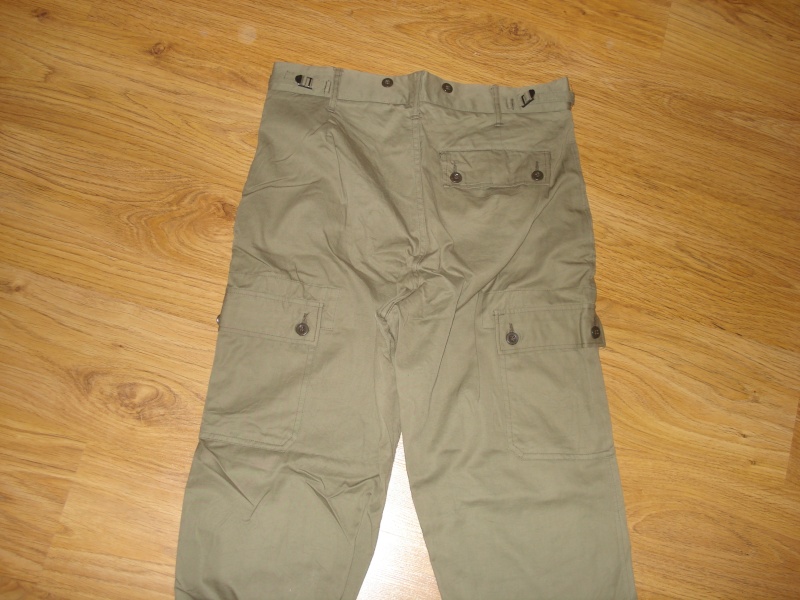 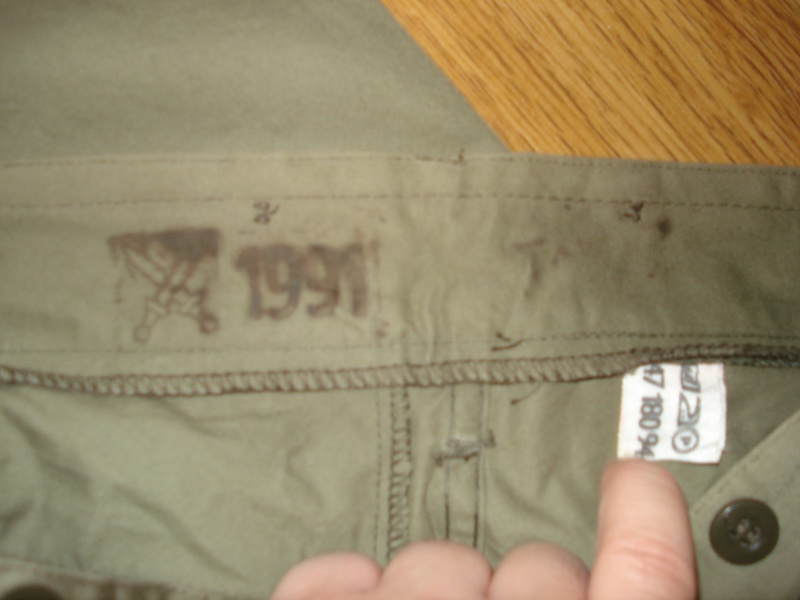 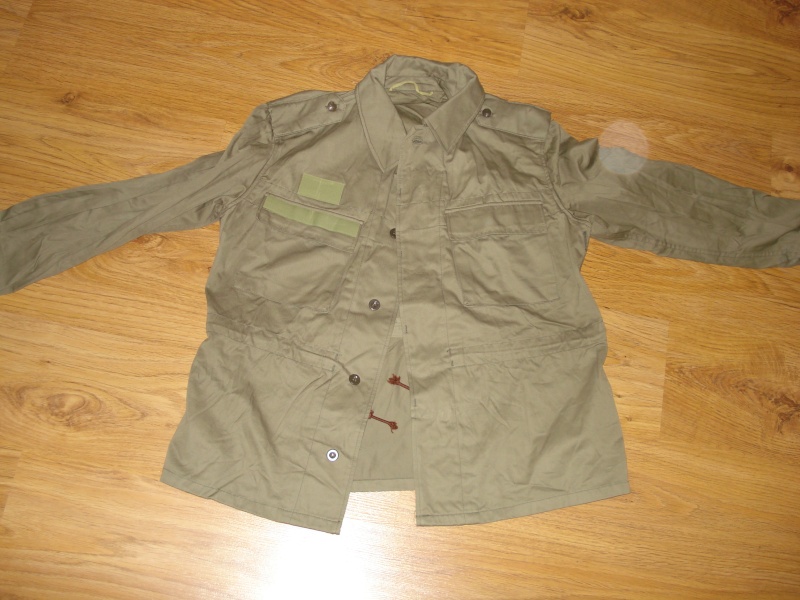 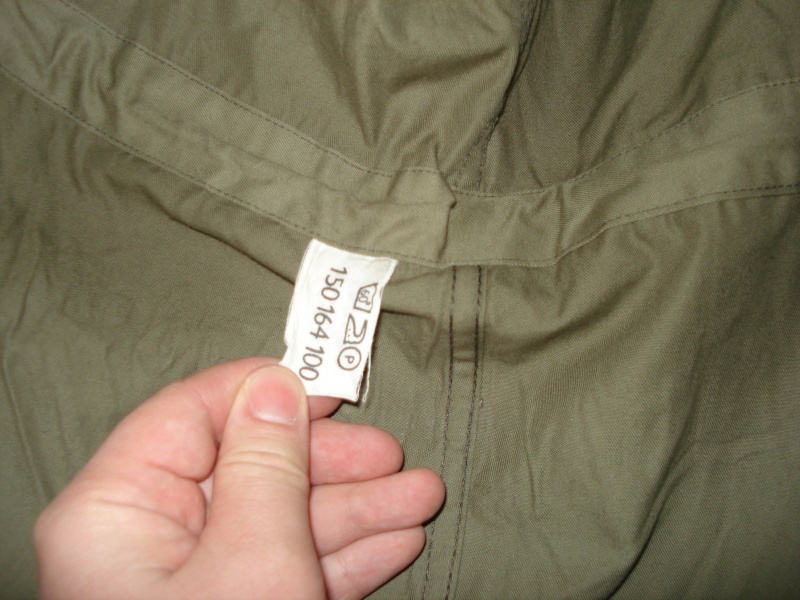 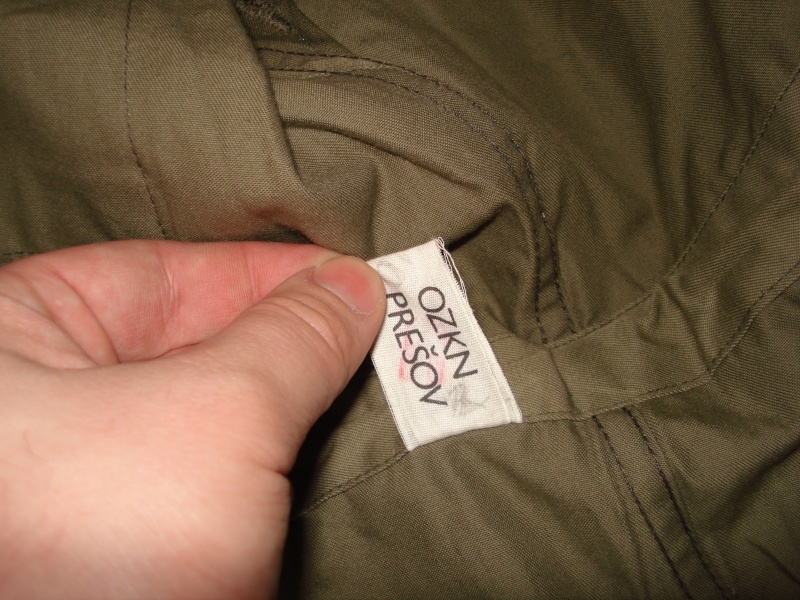 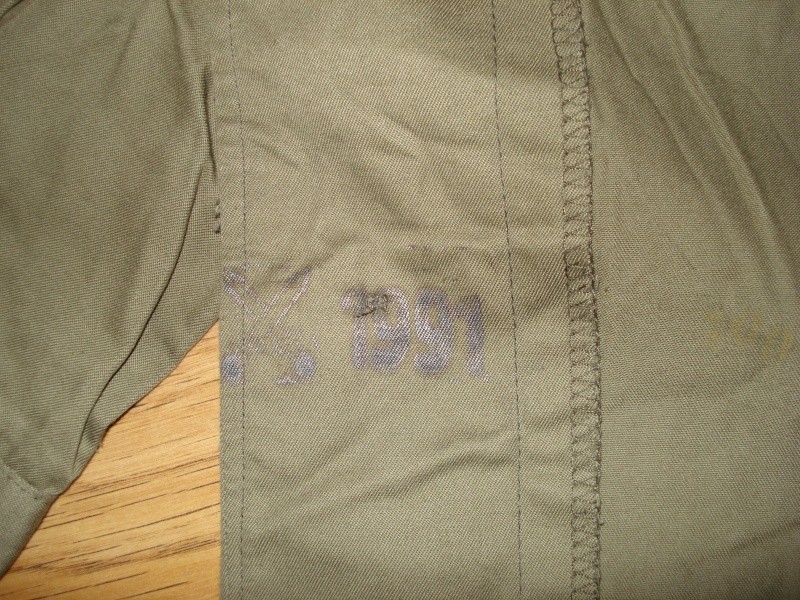 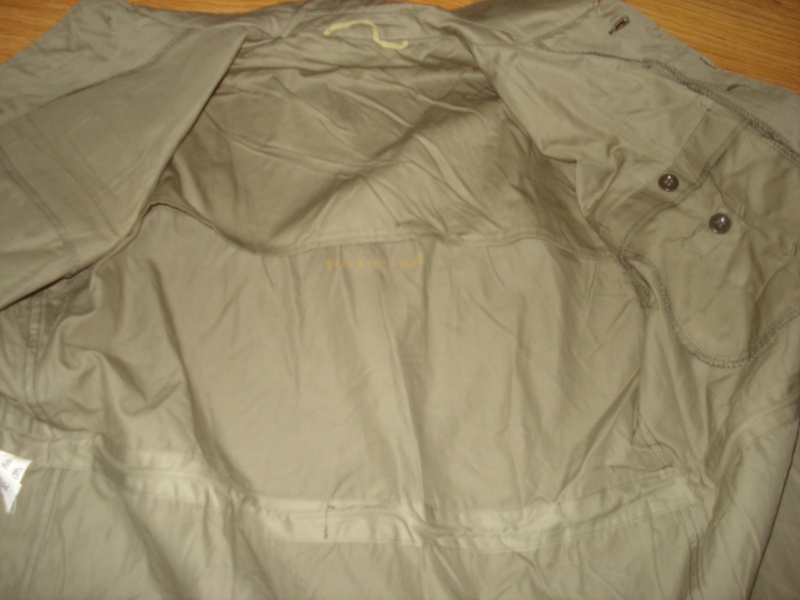 Must have missed this...

Very cool olive green uniform.. Cant say I ever seen one either..

Some photos of the first pattern used in Desert storm.


Note the difference between two poor guys in standard vz. 85 and rest of the unit in the summer vz. 85. Other interesting things are the home made camo helmet covers. They are made from olive covers using chlorine toilet cleaner and permanent markers. You can also see that it was quite fashionable to wear UTON knife upside down on braces together with first aid dressing and compass. Also notice wide array of used boots: black double buckled for enlisted men, brow double buckled for officer/professional soldiers and green canvas which were purchased by army from private company prior to deployment. 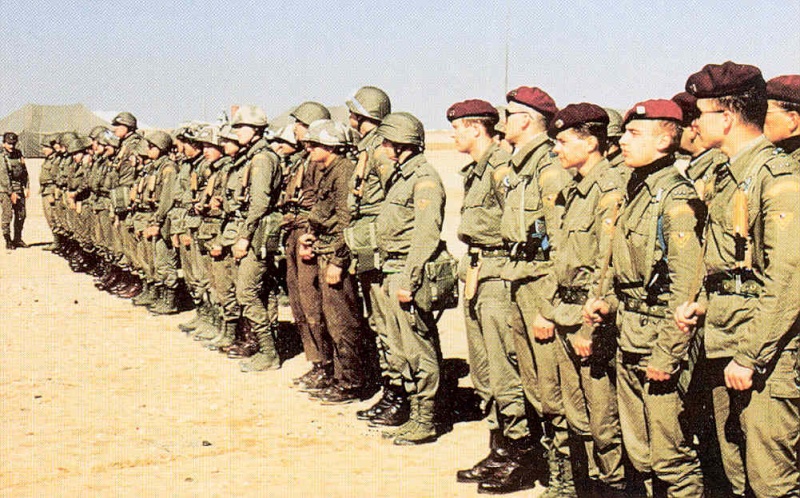 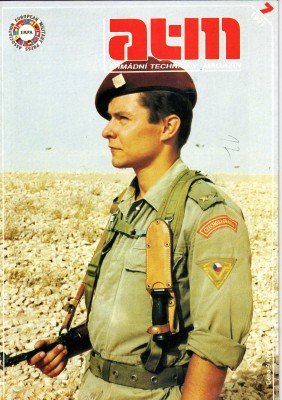 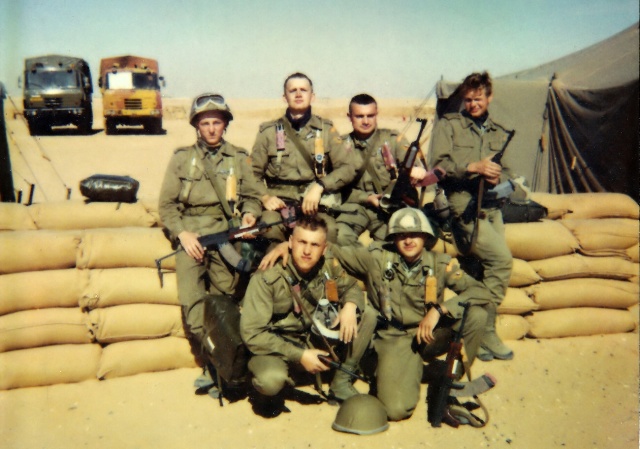 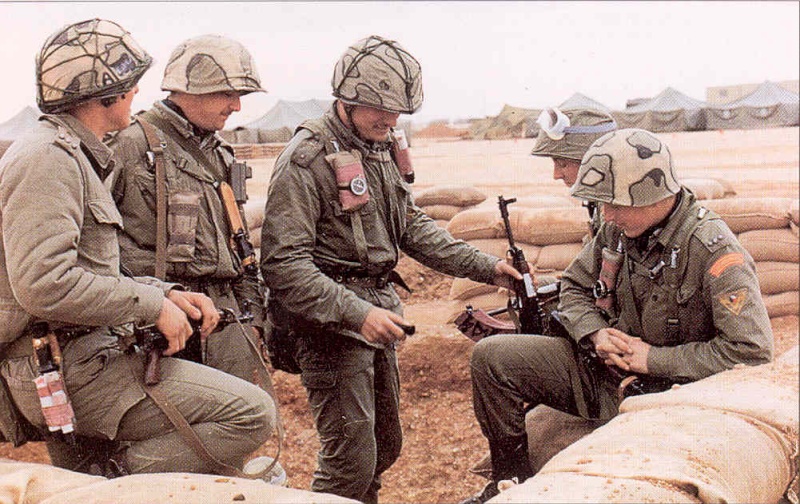 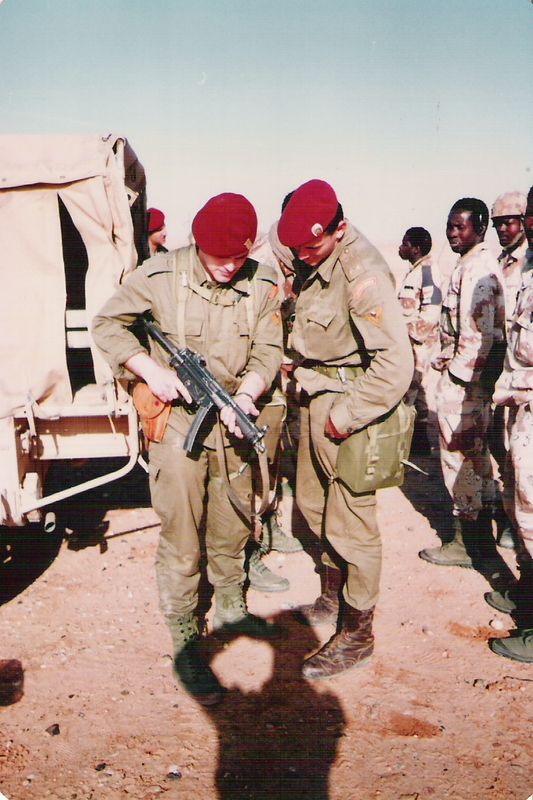 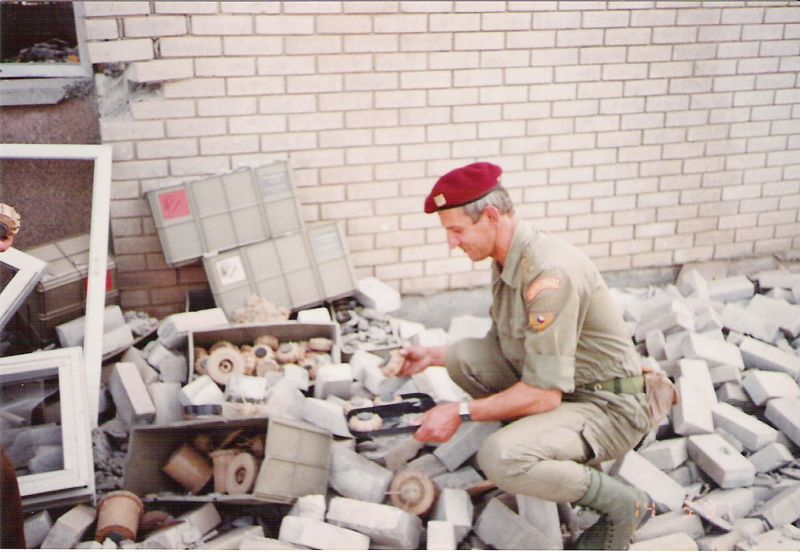 Damn! That is one rare uniform you have there!

Is it possible to find the arm badges? I ask because I have a vz85 desert jacket which used to have these badges on it before being switched to the early 1990s type (large flag, white/blue on black arc)

CollectinSteve wrote:Damn!  That is one rare uniform you have there!

Is it possible to find the arm badges?

I haven´t seen the badges for sale. Well at least not in stock. Some shops have them listed but are not available anymore. I am thinking about getting them manufactured for me.


The rare uniform would be the first pattern :-) I have never ever seen one for sale and only saw one guy to say he has one in his collection. Second pattern like mine is not very common but quite interestingly when it is for sale it is quite cheap.
CollectinSteve

I have one of the dress uniform rain/overcoat with similar badges, but they do not appear to be the same type used on the combat uniforms. Slightly different size and the colors for CZECHOSLOVAKIA are very different. I bought the rain/overcoat thinking the national badge might be the same. Dang.

I independently stumbled upon 2 items to go with this uniform.

Also interesting is usage of fantasy camouflage on thin fleece at earflaps. 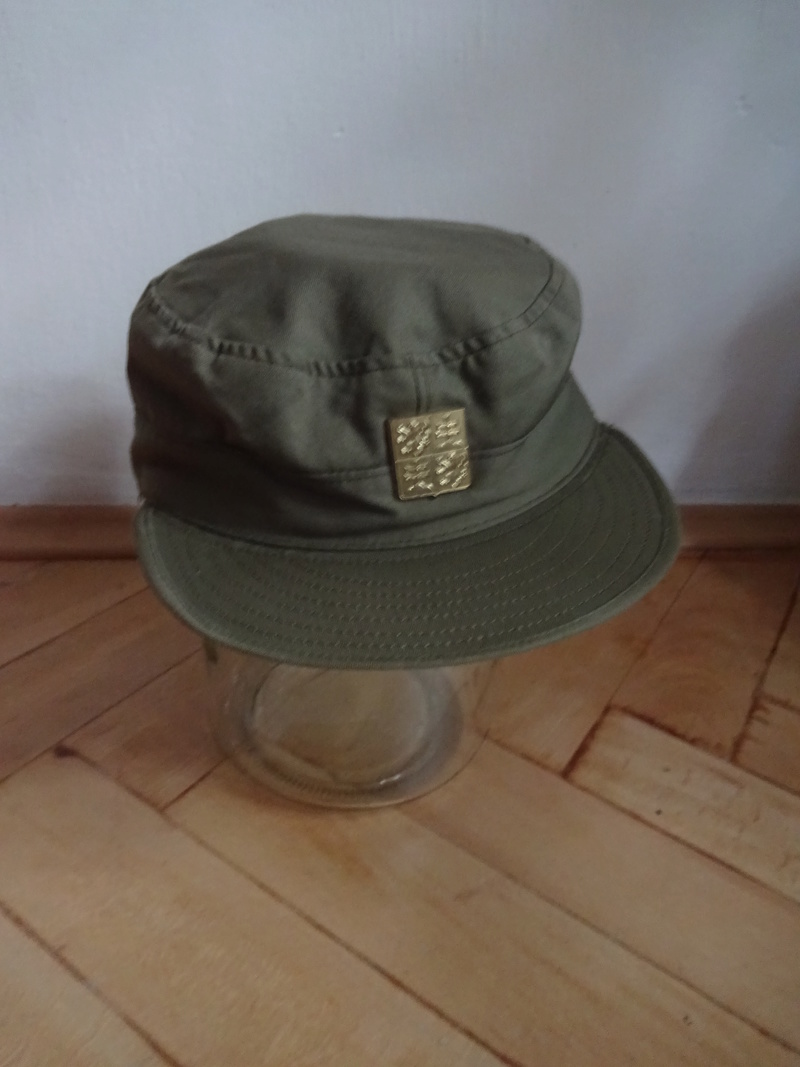 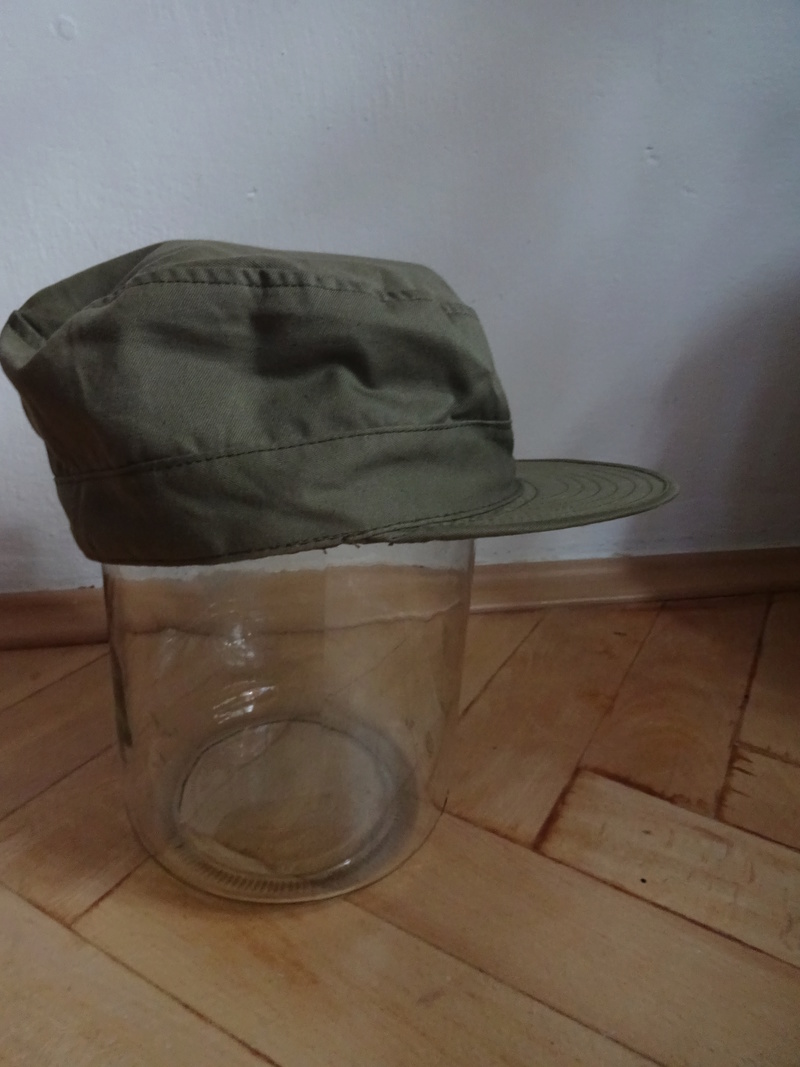 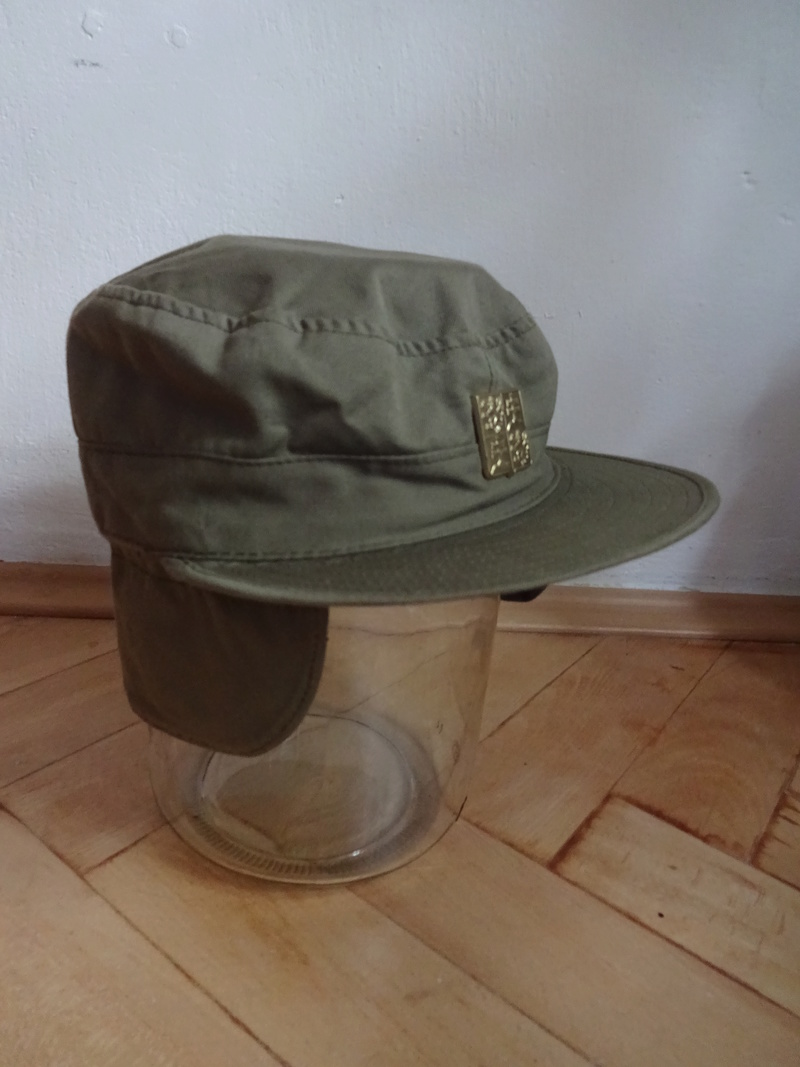 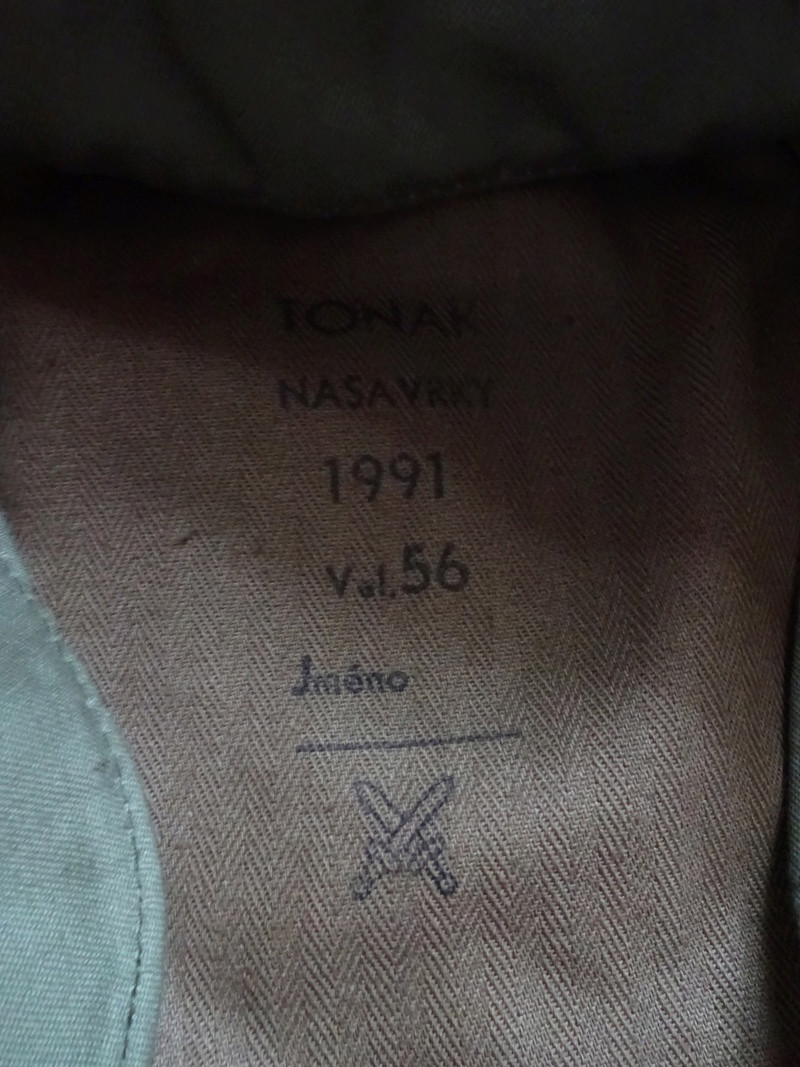 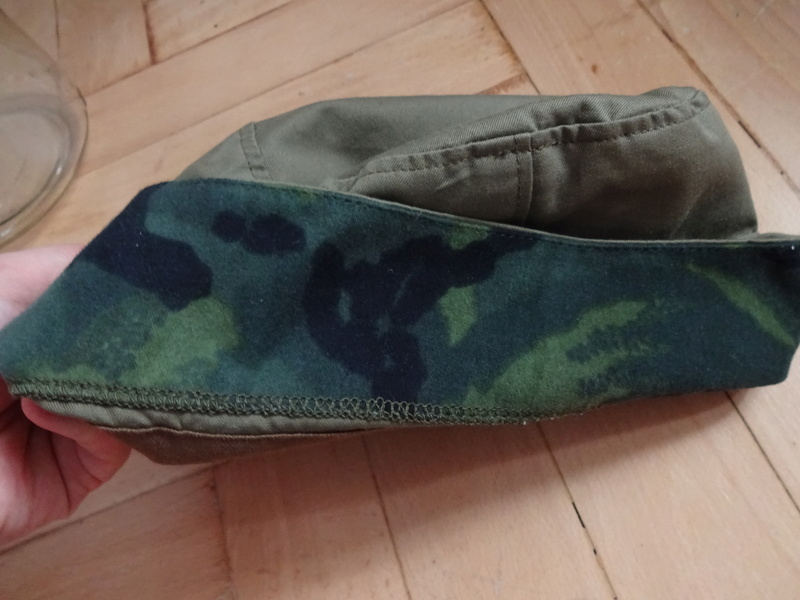 Vz. 85 beret for paras. Reversible with standard vz.
85 fabric as lining. Camouflaged berets became a tradition in Slovak and partly n Czech army although they rarely have any actual use of reverse side. 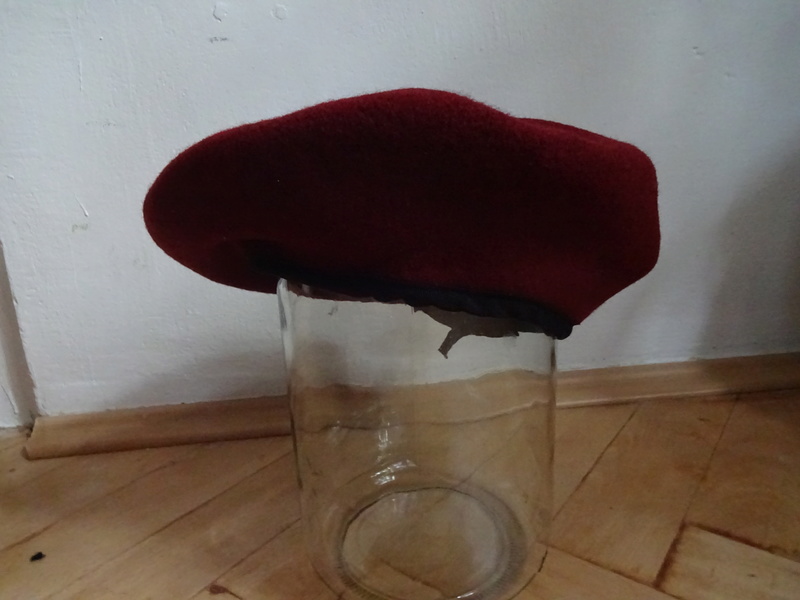 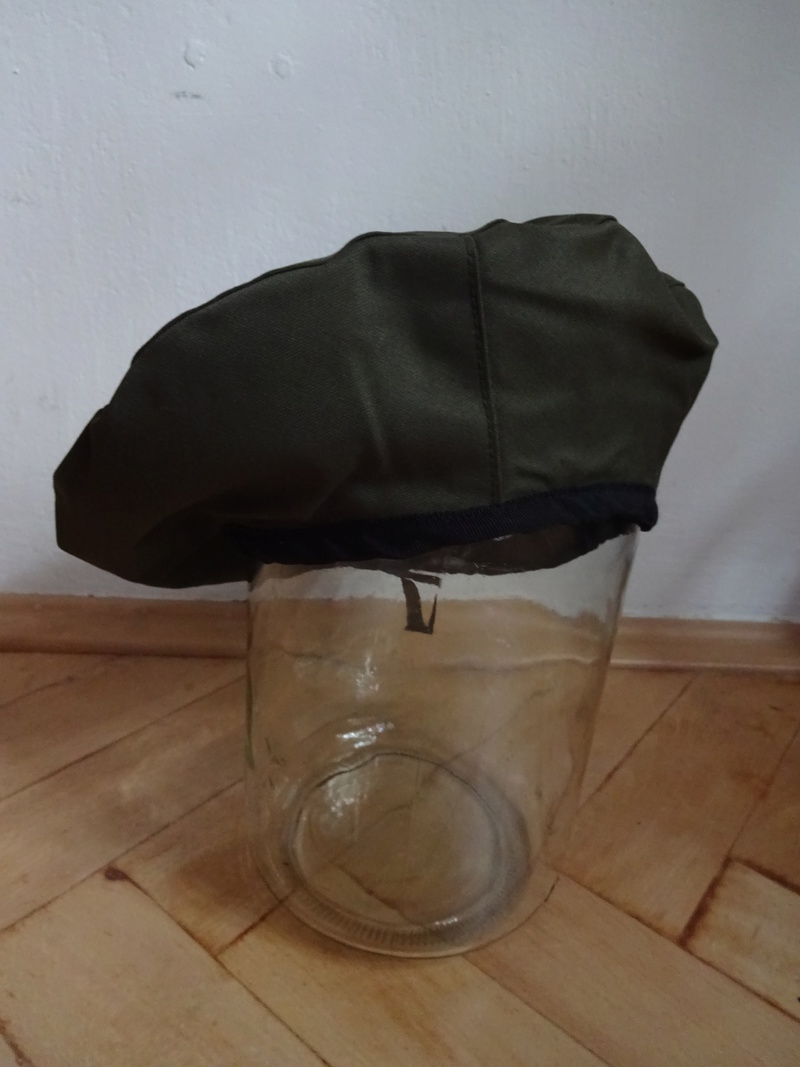 this is a very interesting uniform indeed. cool pictures, too btw. thanks for sharing T.
koalorka

I was recently able to add one of the first model jackets to my Desert Storm collection. 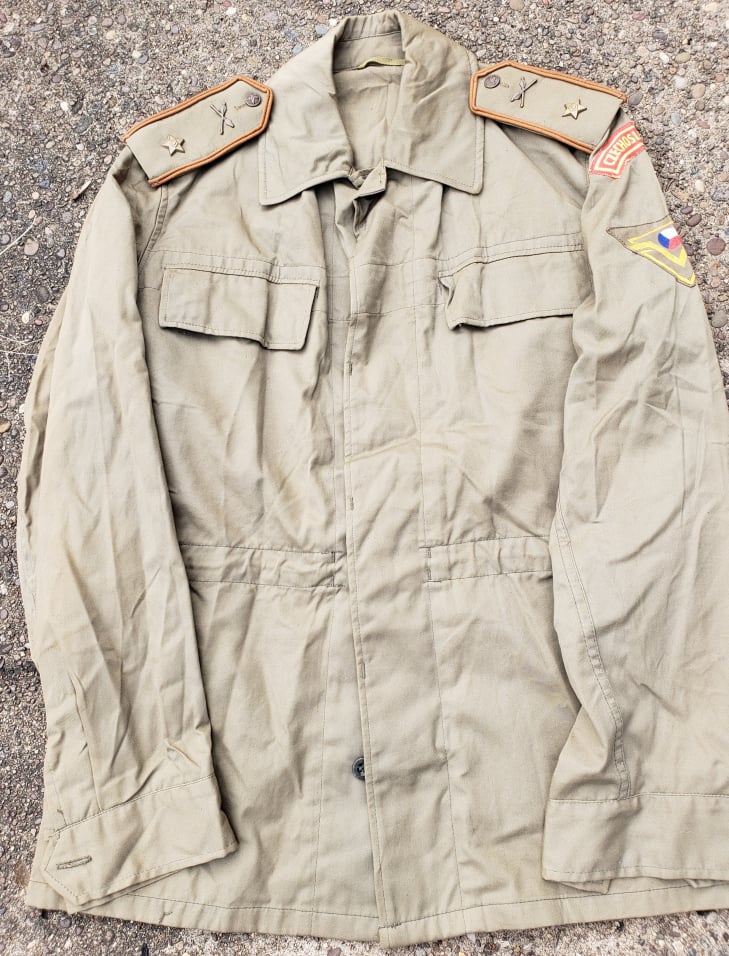 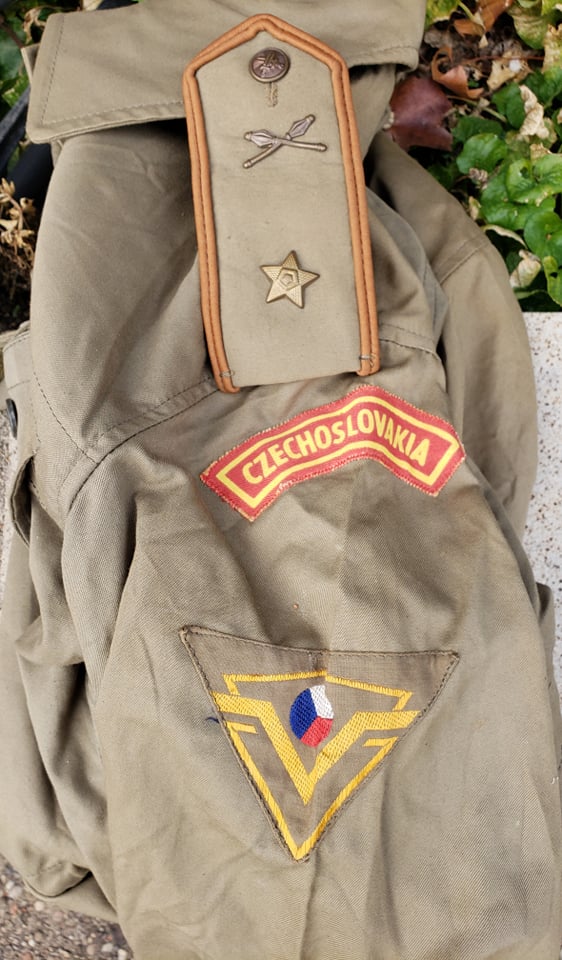 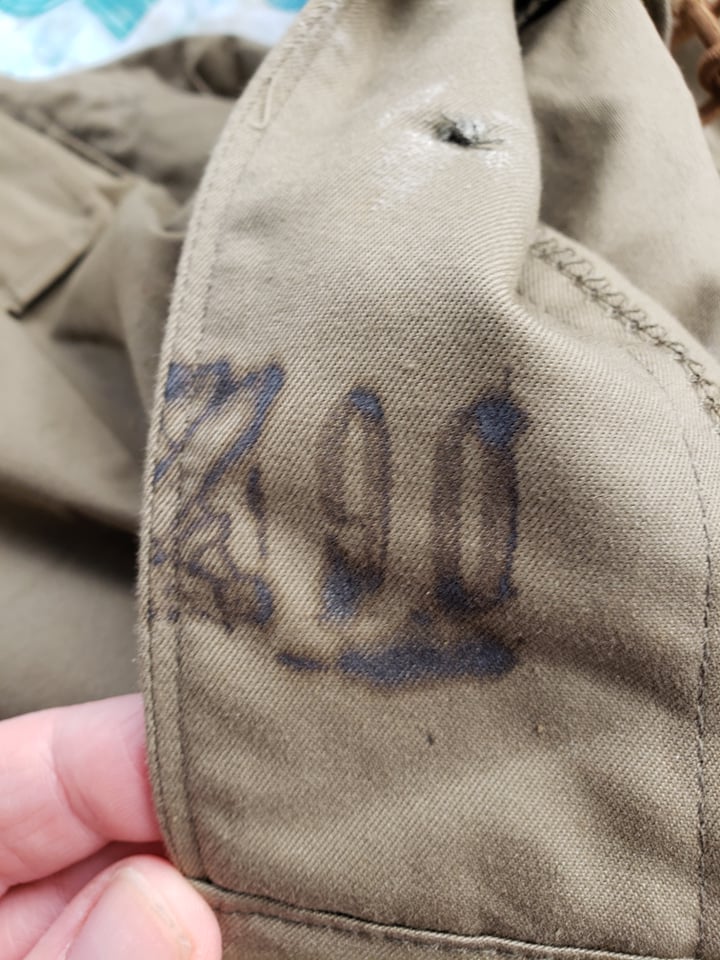 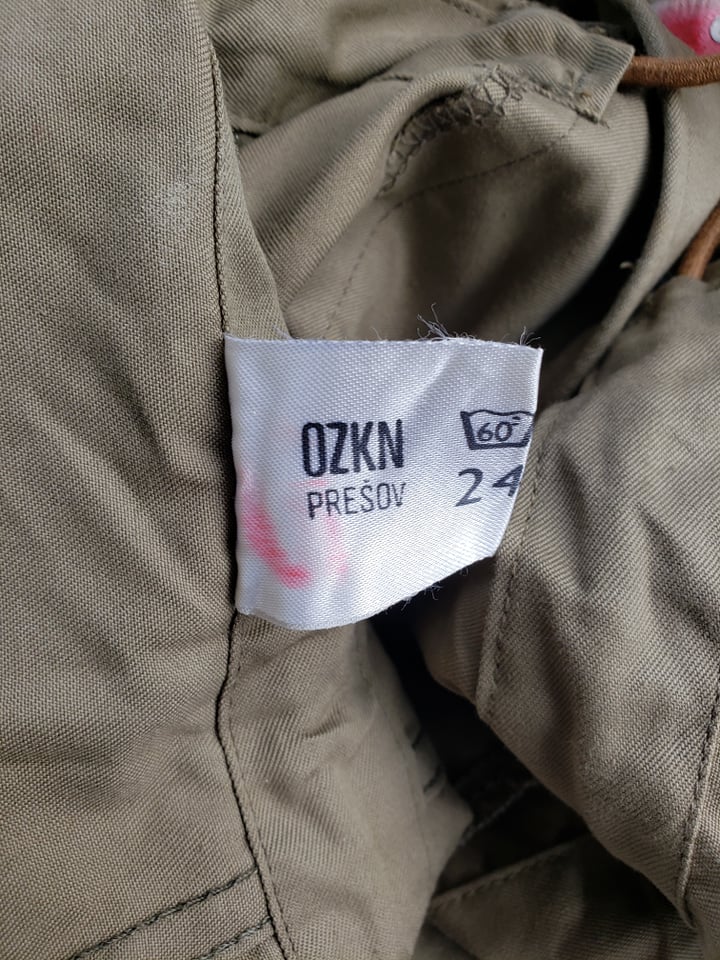 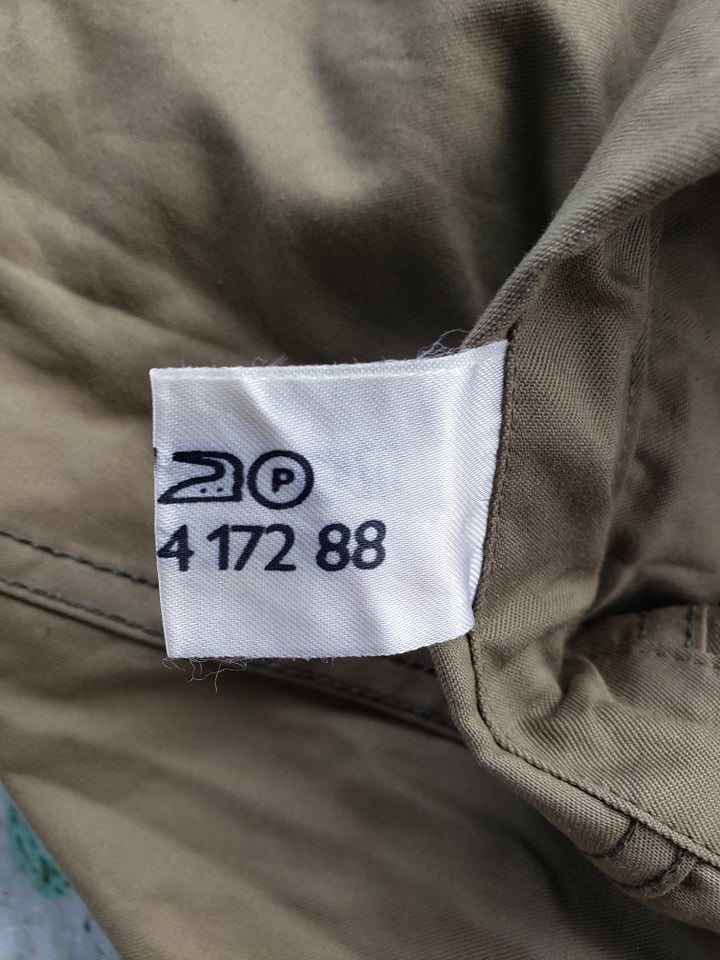 Fantastic find! Fully fleshed out with customized desert officer's rank and the arm badges. I've got the 2nd and 3rd Models, which were hard enough to find. 1st one... well, I think I'll be looking a bit longer for one to match what you landed.

Steve,
Thanks for the comment. I have been after one of these since I started collecting Desert Storm items in 1991. A friend of mine had a set, but would not sell it for anything. I was lucky to find this set and for a good price too. Hope you find a first model to round out your collection.
_________________
Always looking for Central American militaria 1965 to 1991. Especially items relating to Coronel Velasquez El Salvador Armed Forces
Sponsored content