Hi guys
I managed to get hold of something i have never seen before from the NDF.
Its an unissued battle jacket with the manufacturers tags and seals (Specifico), the same guys that make some of the South African kit.
The jacket has a few interesting pouches which include 2 removable packs on the back of the jacket. 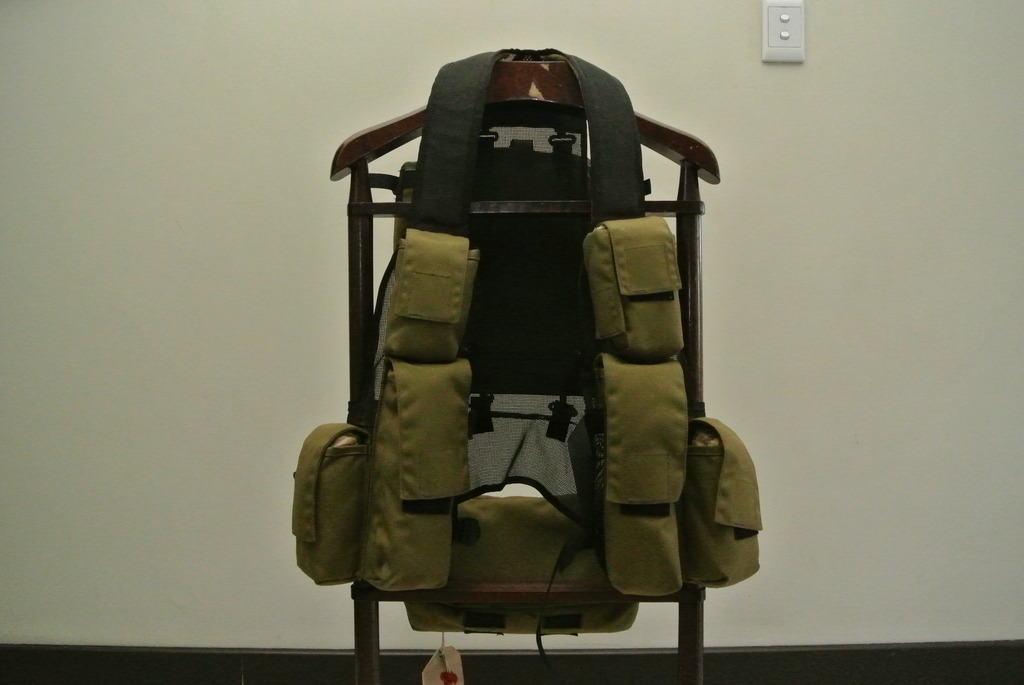 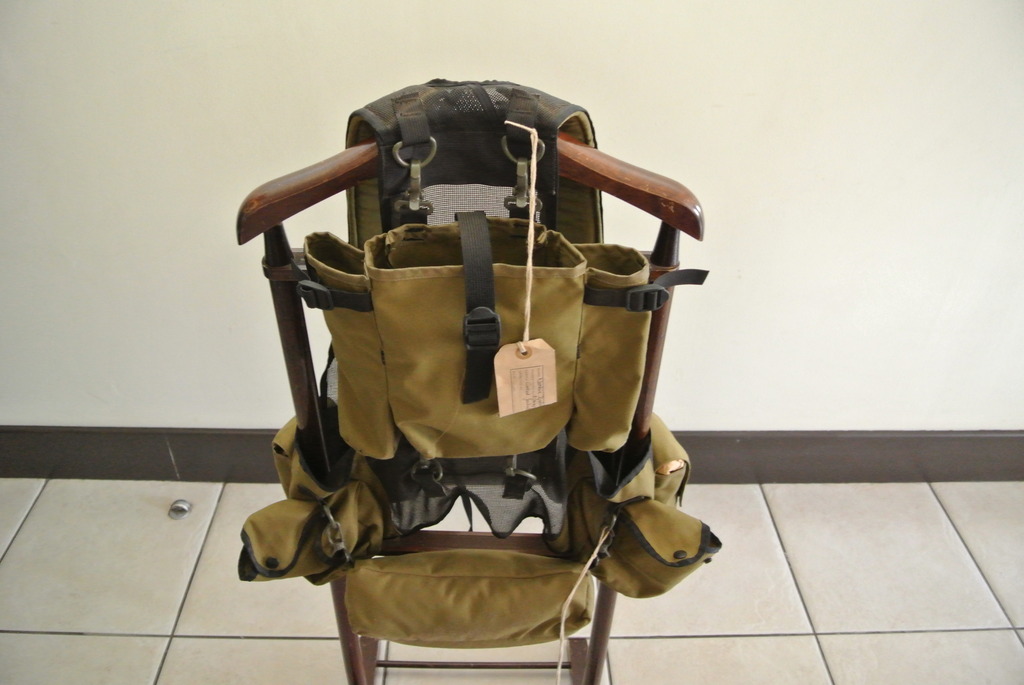 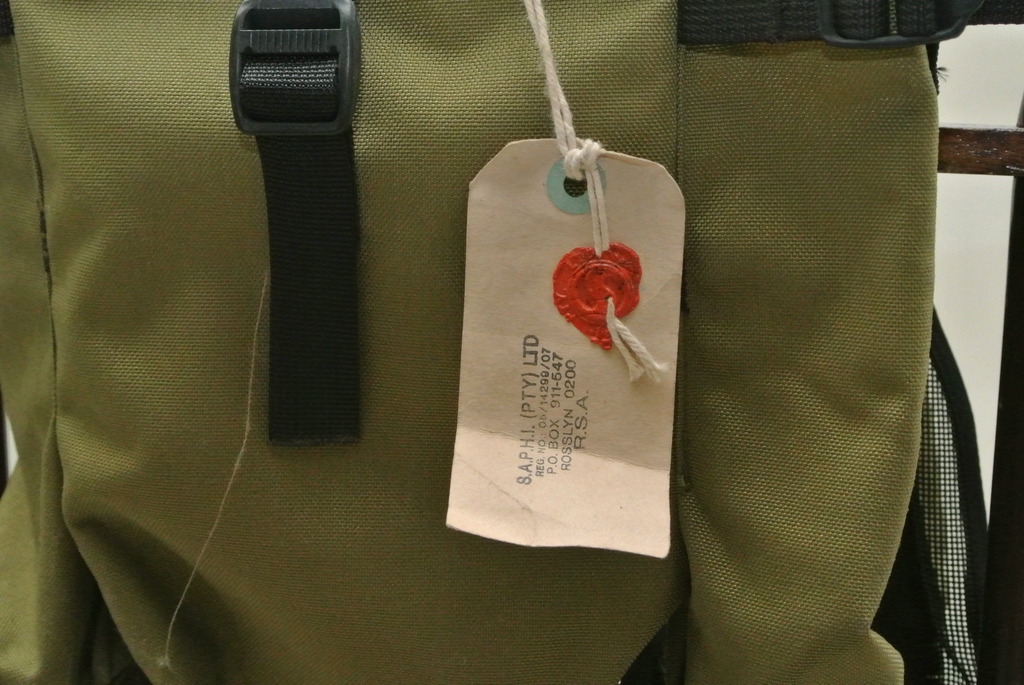 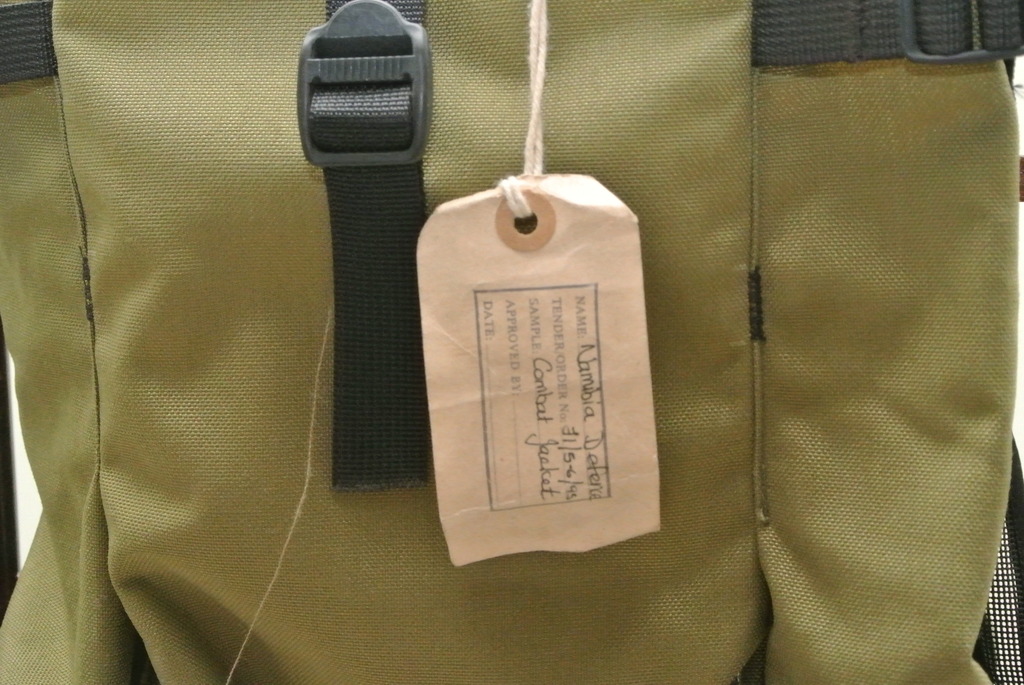 What a great find!  What you have there is a sales or test sample of the SWATF Pattern 83 vest that the Namibians adopted in camo.  Oh, and that was made by SAPHI, not Specifico.  Whatever you do, don’t remove those tags!  That is most likely a one-of-one item right there!

Here’s the actual issue vest made in the Namibian lizard camo.  It’s pretty much the spitting image of the first type of SWATF Pattern 83 vests from the Border War.  The major difference is the use of canteen pouches instead of the large hip pouches of the SWATF version.  The back and kidney pouches are one unit, and are held to the body of the vest via snap hooks and a retention strap.  This allows these pouches to be easily removed if the soldier is going to be wearing a backpack. 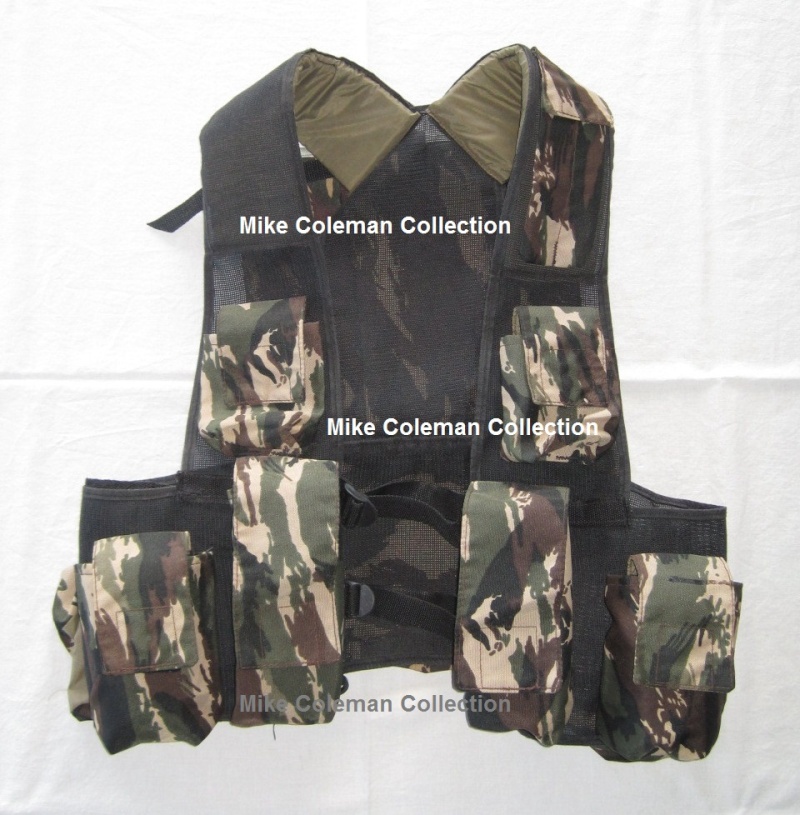 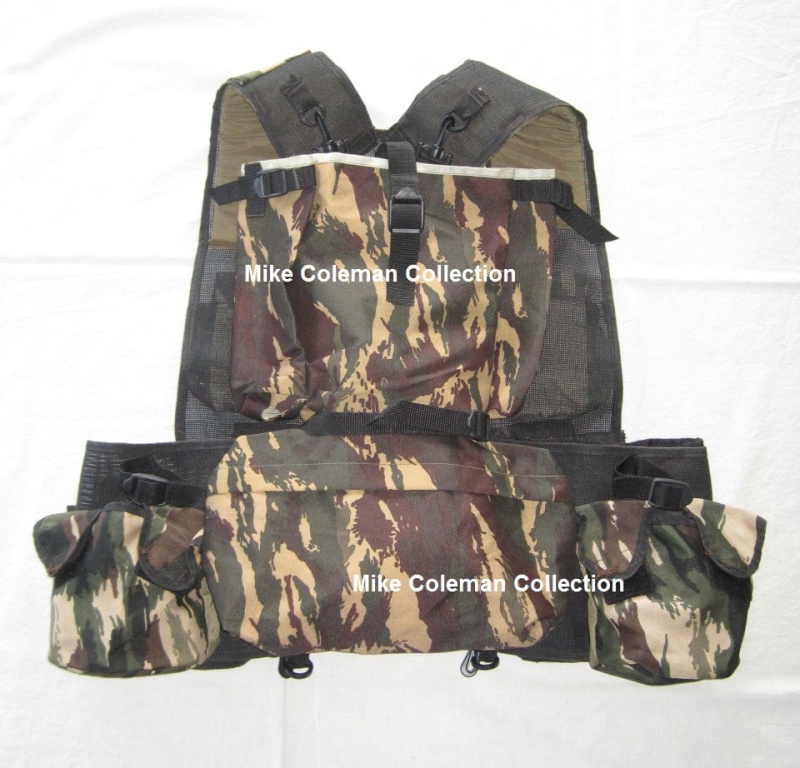 Here’s a couple photos of the vest in use.  The first is a photo taken from a Chinese military magazine from the late 1990s.  You can see the one soldier has removed the rear pouches from the vest.  The second photo was taken in the 2006-2010 time frame, and shows the complete vest. 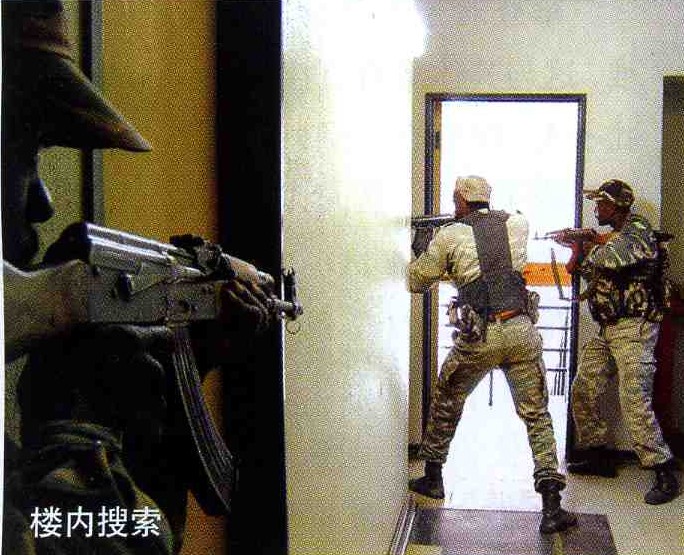 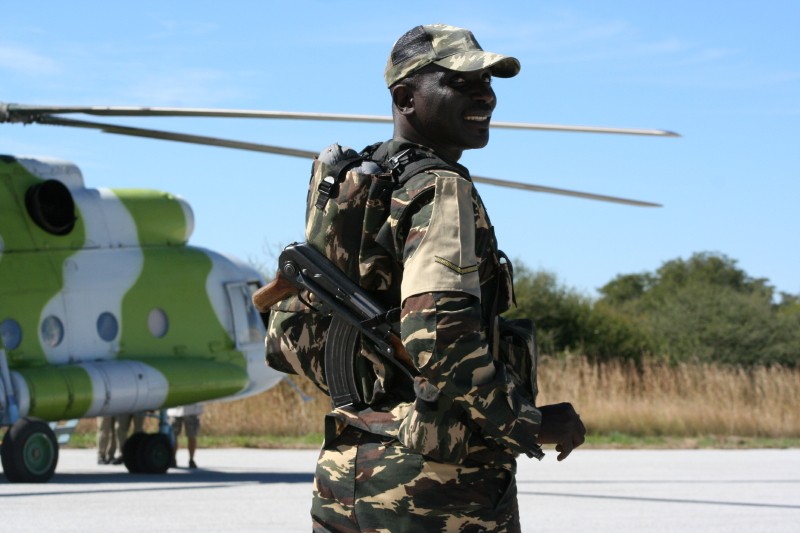 Again, great acquisition!  Thanks for sharing!

Thanks for all the useful info regarding this item. It differs slightly to your one as mine have green metal clips like on the SWATF vest, yours looks like plastic clips that swivel.
Another thing to note is that my vest isn't made in Nutria it is a light olive green in color.
I tried editing the post earlier but the function is disabled.
Do you know if the Namibian issue vest is made by SAPHI?
mcoleman762

You're welcome.  Yes, the issue version has plastic swivel clips instead of the Pattern 70 metal ones.  Not unusual to see changes like that from a test sample compared to what is finally purchased for issue.  Same with the odd fabric color.  It's typical to find sales or test samples made from non-standard colored fabric.  After all, the sample is just a design concept for presentation, subject to alterations before a final contract is produced.

My vest doesn't have any labels in it, so I can't say for sure who finally got the contract.  It could be SAPHI, Specifico, Three Spears, or Botswana Cap & Helmet, all of which supply similar style webbing to various African countries.  Heck, I wouldn't be surprised if the contract was awarded to a couple different companies over the years.  I don't know anyone else who has one of these vests, so we're going to have to wait for another one to show up on the market, hopefully with a label in it.

I need to ask you one more question, What do you think this item is worth?
mcoleman762

Heh, heh.  Well, I could give you the cheap answer and say “Whatever the market will bear on any given day”, however, I don’t think that’s what you want to hear.

But, there’s a lot of truth to that.  Here’s the thing, if you want to go by rarity alone, then due to the fact that there is only one (or maybe two) of this exact sample in existence, then in theory it should be worth hundreds and hundreds of dollars.  The truth is though, rarity doesn’t always translate into dollars.  For example, I have several sales, test, and pattern room samples in my collection.  I can say that in every case except one, these items cost me LESS than the actual issue item that was mass produced.  Most collectors want the actual issue webbing to go with their uniforms, not some sales sample or prototype.

The issue then, is that you’re going to have to find someone who cares, and therein lies the rub.  Who actually wants something like that?  How many collectors actually collect Namibian kit and camo?  And out of those, who wants a test sample that wasn’t actually issued with their uniform?  The thing is, you have to find a real “gear head’ that gives a whoop about this sort of thing.  There are a few of us out there, but not many.

Anyway, enough of my babbling and let me get to a point.  I highly suspect that something like this won’t sell for much more than the typical SWATF vests, SADF Pattern 83 vests, and Batteluer 90 kit that you can find on eBay or BidorBuy on any given day.

Those are my thoughts, and they’re worth exactly what you paid for them.

Hopefully it’s somewhat helpful.  If you’re actually looking to sell this, feel free to shoot me a PM and we can toss some numbers back and forth.