Here are some pictures of my 2006 production special forces uniform. Everything about it is different from the normal uniforms so I'm not even going to start with detailing the differences

However, the uniform is easily spotted in photos because of its extensive use of exposed snaps. 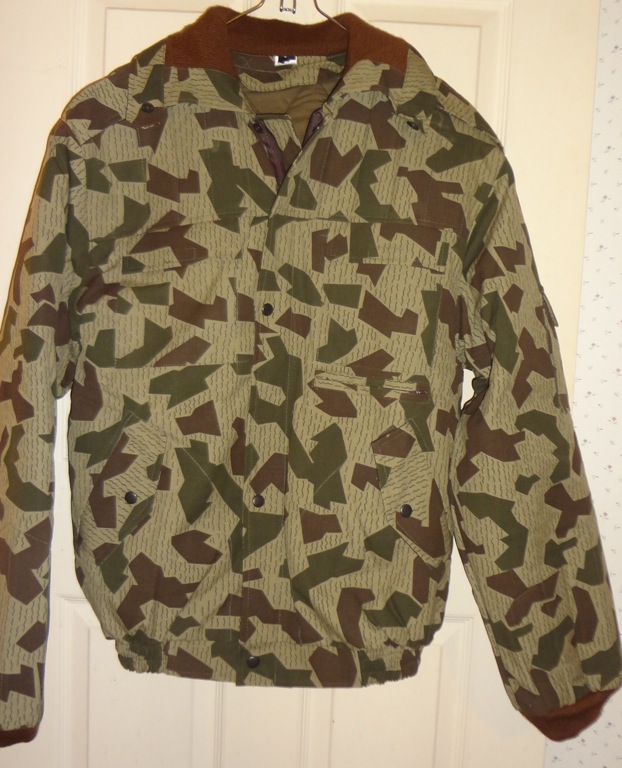 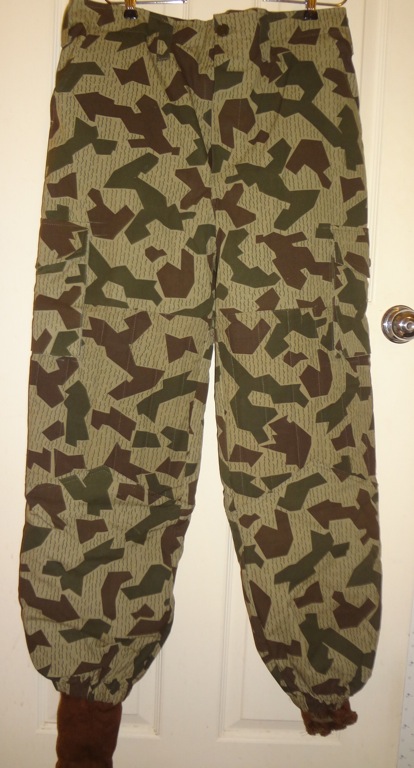 An example of the very unusual protective padding: 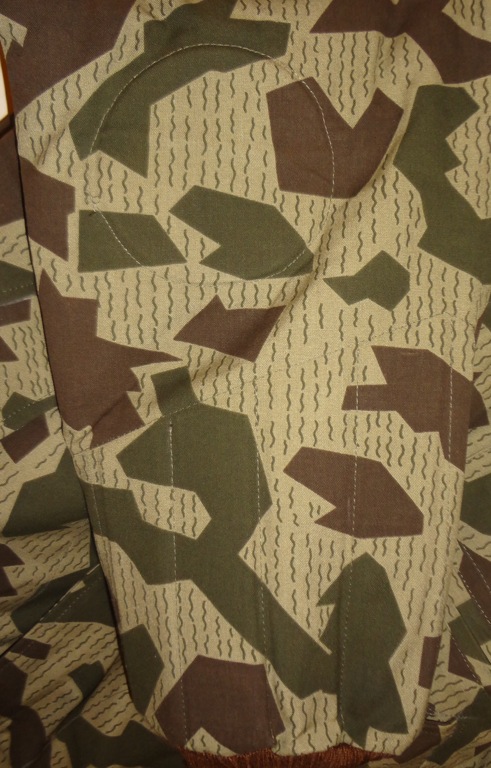 As far as I know this uniform is closely based on a Communist era design that goes back to the early 1970s (apparently designated M73).

ok, it is one of the later ones, so most probably used by "Gendamerie" Spec Ops of the MVR (interior troops). This type of uniform was initially intended for the, back then, newly formed mountain infantry troops, that was sometimes very late 70's / very early 80's (the camo style dates back early 70's) ... It was used as such by aforementioned troops throughout the 80's into the early 90's, when the Spec OPs Teams of MVR's "Gendamerie" started to use this uniform as well, where btw. it still can be seen in use today. It was/is very much loved by these troops due to its sturdiness. There was a famous Spec Ops Officer who got killed I think two years ago, he was shot by a crazy guy who shot at pupils near a school in a small town in BG. There was a documentary about him shown in TV last year showing him and his unit using those uniforms. I will post some pics when I get a chance.
This uniform however was never really in use with the BG airborne troops ... they used another type of uniform, the so called "ВДч" ("VDch")
mylle

Thank you Alex for that information! I've always been confused by the specialized variants and who used them.

Over the years, it is used by many specialized units.But Alex was not quite right. It is used for Paratroopers. At least this is a statement of their instructor ..

. Currently as regular use in Gendarmerie SOBR, SOBT and some units of the army recon .
What I know about Bulgarina paras uniform's.
I think that this uniform is placed on a series of determined positions over the years.
I have seen only three years of their labels. Made in 3 different factories. But the same pattern as the old was the light pattern.
1992 -made by Vratza
1998-made by Yambol
2006-made by Blagoevgrad 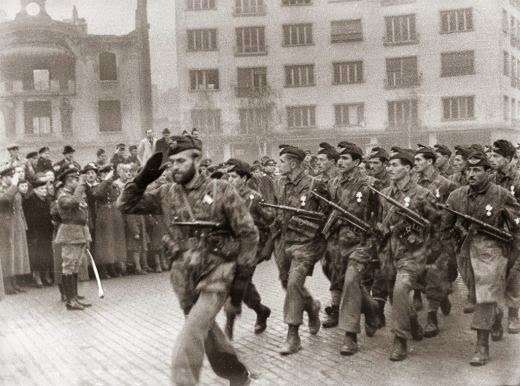 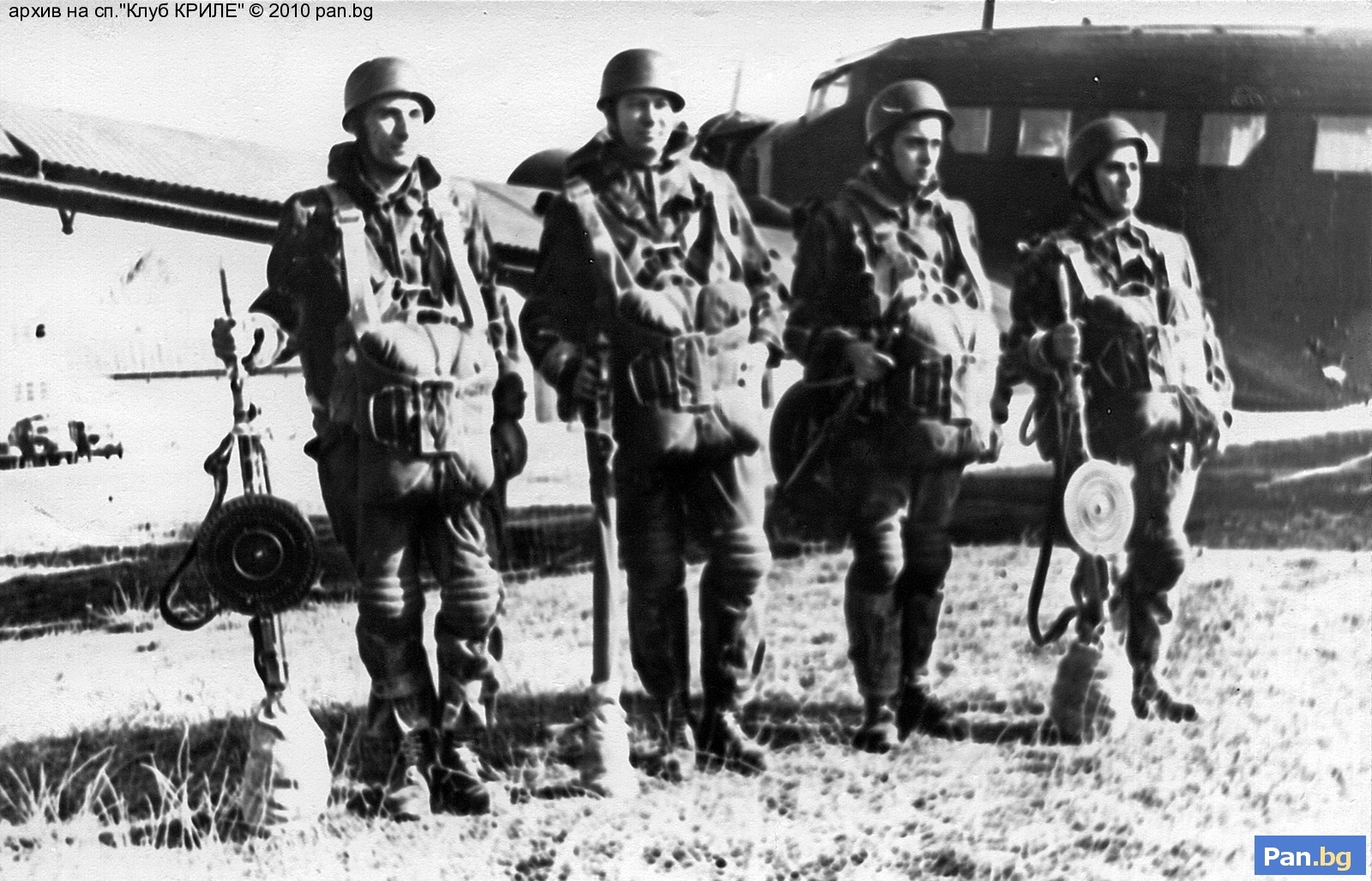 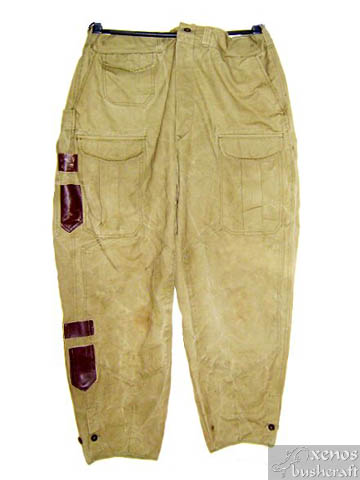 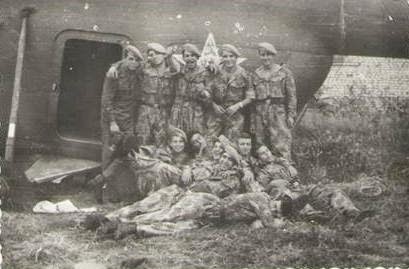 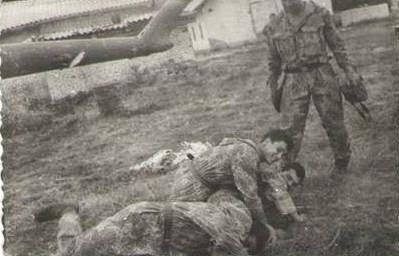 ВДЧ early type(  Unknown Name for now) like on kaolarka pic..I think is like Vintyaga cut but in Splinter camo but this is just sugestion 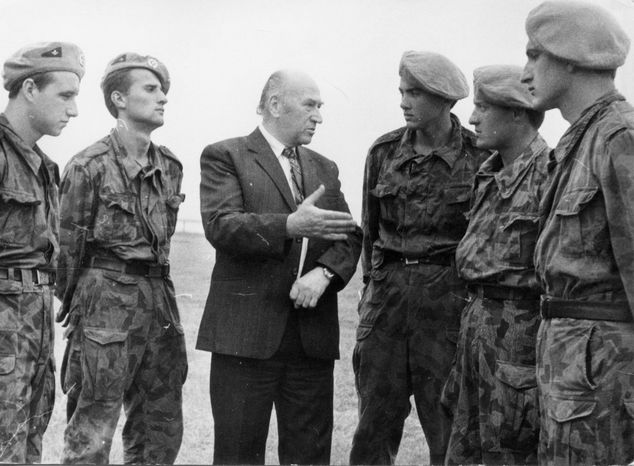 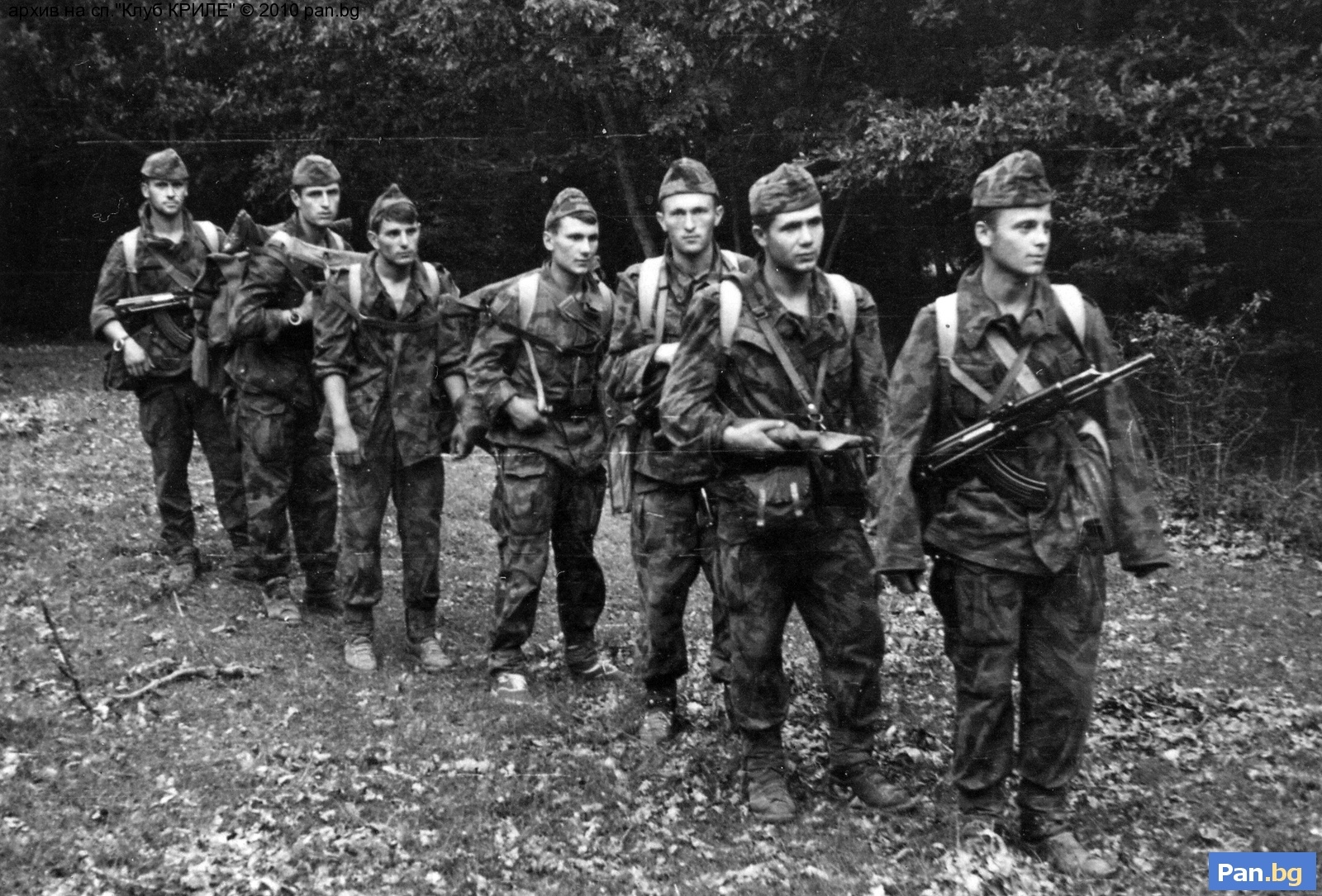 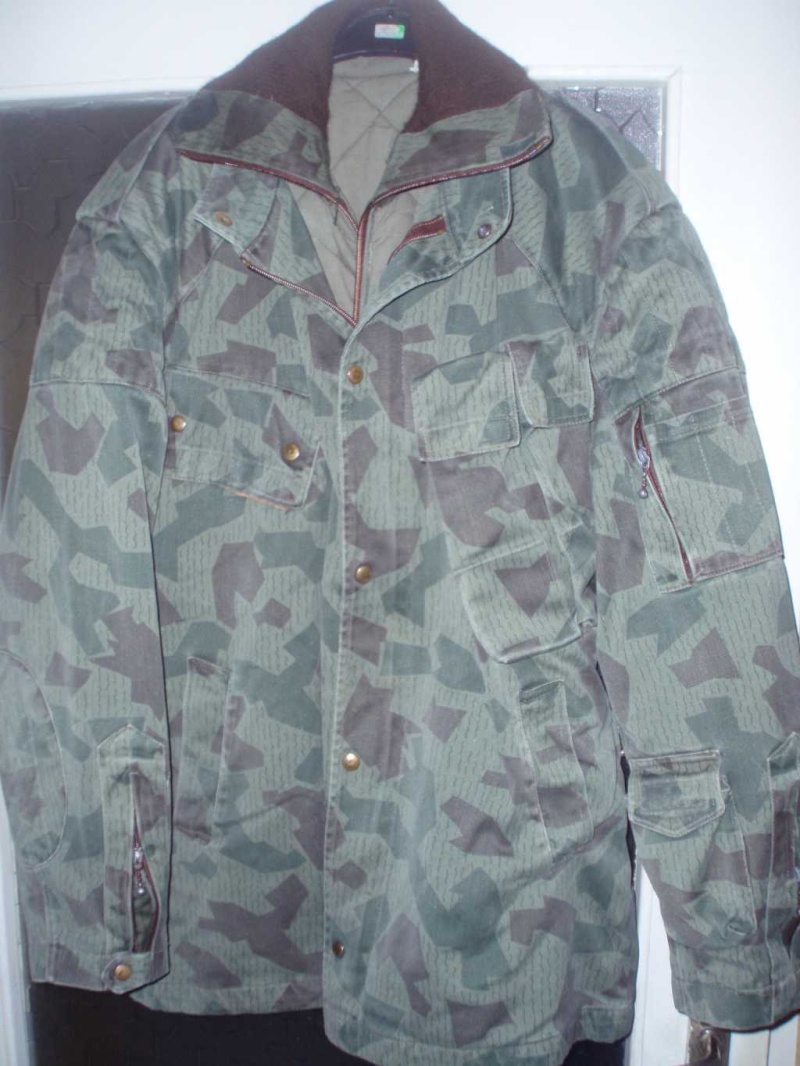 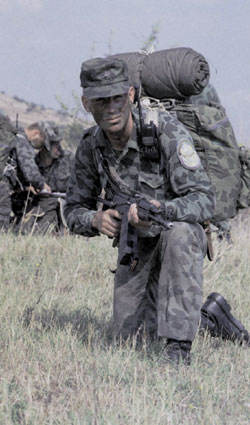 Later seen in Digital Flecktarn must be new Bulgarian Camo but will see.Before time my friend got a digital uniform in lighter colours from this unit something like lighter Marpatt  but I lost picture...sorry

This is the story of what parachutist dressed in his service.
( copy paste in translator...soory)
No outfit equally comfortable Action mountains, buildings, machinery, compatible both with diving equipment, suspension systems to parachutes, Alpine suspension systems that can be used with ejection seats if you can not weigh at all. The same goes for clothing and footwear. I experienced pushing a "VDCH", "old" camouflage, wearing homespun I like clothing true and not a field form, I wore "kemafka", but I'm happy with the old canvas clothing for scouts. Green, not camouflage. And, like color and functionality. True, there was my number so I had to redo my pants but nothing. I'm costumes and clothes for "SRB" (is no season for these clothes - summer melt, winter numbness inside) but some via rescued me. Worn am camouflage overalls with "incremental" camouflage (sometime known as '' zhabarnik ") - and there no one has thought of pants and hood (no gram adjustment hood in depth and circumference of the head, not to mention that helmet you can put) and pockets were left from the German briefs - 6 filler for CP. cartridges of AK came "rib" and lie down "a little edgy." this fabric is difficult glued thistles and old wives' teeth endured so thorns and twigs in the forest. The so-called. "parachute old shoes" with their smooth sole right were ubiystvenni of mud and wet grass, even though they were very comfortable. "Dagshtayna" in its Bulgarian army understanding just will not comment - combatant sneakers on the parade ground. The current version of "boots" - the joy of Traumatology and skin doctors. The version of gear from Vietnam, which shove in the late 80's and received the exact name - "sbruya" (horse trappings, for those who do not know) we can cry. The current version of camouflage with his "winter" and "summer" variety to comment on people who are now in formation.

"SRB" "СРБ"- This is uniform got Steve.Not been translated because nobody know what is abbreviation.

"kemafka"-Bulgarian Canvas Uniform must be for Mech. Personal,Tank Crew's.Technikal Suport, But use by everyone .At this time Bul. army have 2 uniforms cotton one and wool one ,soldiers use canvas jacket from "kemafka" in cold autum/spring  night's.

"Dagshtayna"-Dachstein boot's ,have a factory in Bulgaria at this time.And Paras wear it.

Thanks a lot for in depth clarification Rumen! This is good info with a lot of useful and nice images. Excellent stuff! I spoke with a former colonel of the BG army and he told me that the uniform, like Steve's one wasn't necessary used as the uniform for Paratroopers, hence my explanation form above. They were also using it at times, however it saw more widespread use amongst Spec Ops than the "usual" Para units ... Sorry if I caused some misunderstanding before.
Sponsored content