I don't usually post under this section, but I have been collecting US Army stuff since long before I got interested in Euro/NATO gear. Although I have probably way too many BDUs in my life already, sometimes I come across one that is really worth adding to the collection. Here is an example that turned up recently in a thrift store. It is a very early BDU with Elvis collar - a 1981 contract. There is a cut-edge SF patch on the right sleeve and a somewhat rare Golden Knights patch on the left sleeve. The Golden Knights is the US Army Parachute Team.

Given the SF patch, CIB, and early vintage of this jacket, it seems pretty likely that the soldier, SFC Roger Jutras, served in Vietnam. Some preliminary research shows that he was with the Golden Knights from 1978-84.

While the collar rank has been removed for some reason, the stitch outlines are visible.

The pathfinder and SCUBA badges are also very neat. In my experience, the SCUBA badge is one of the most uncommon to see on Army BDUs.

This jacket has been heavily tailored - pocket buttons are removed, flaps are sewn shut, and the sides have been taken in for a trim fit.

The early white tags are in pristine shape. 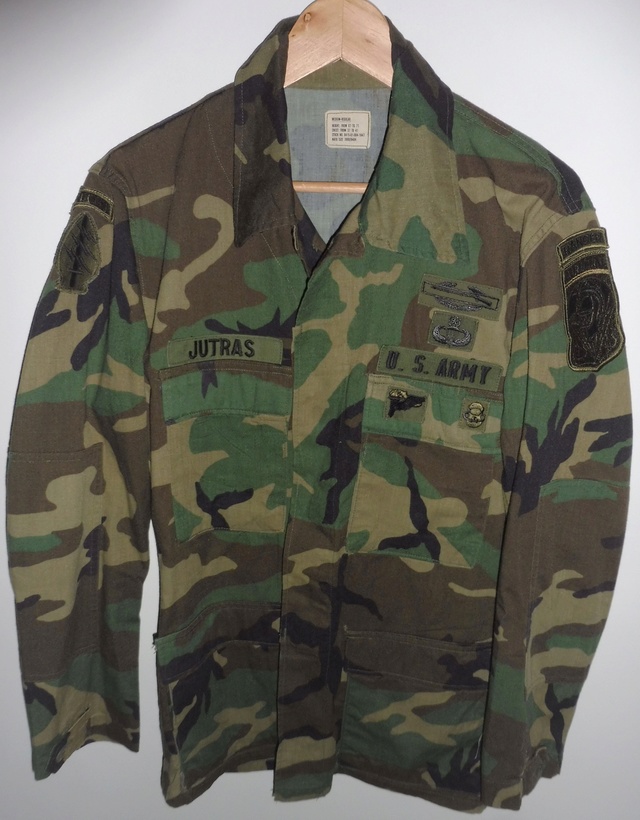 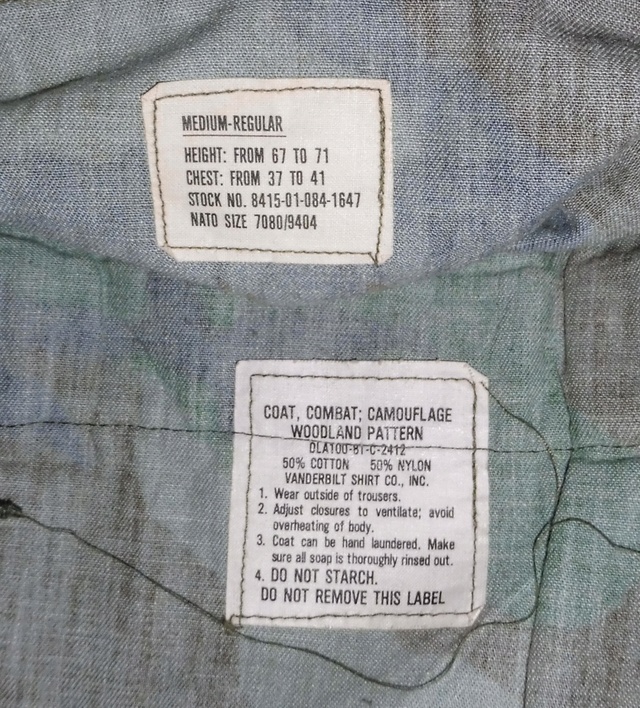 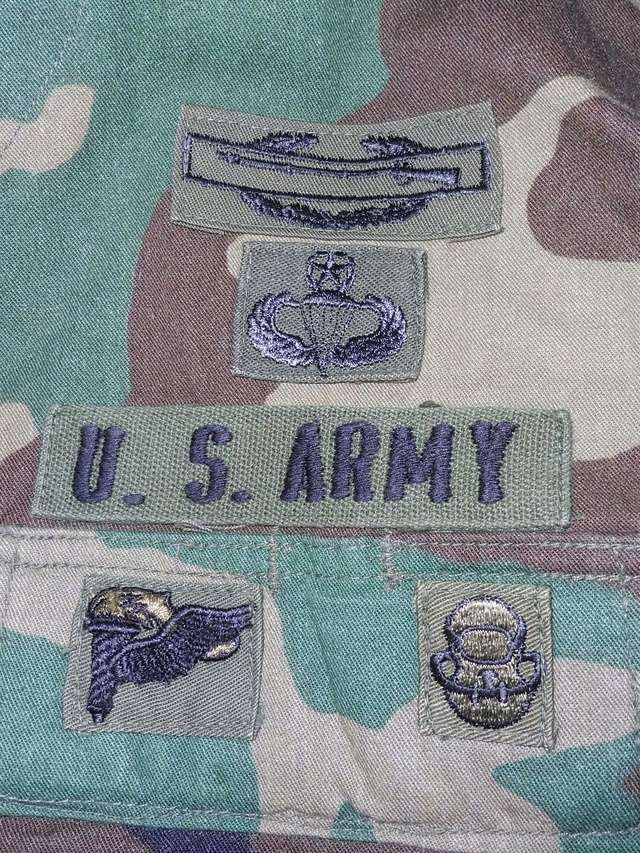 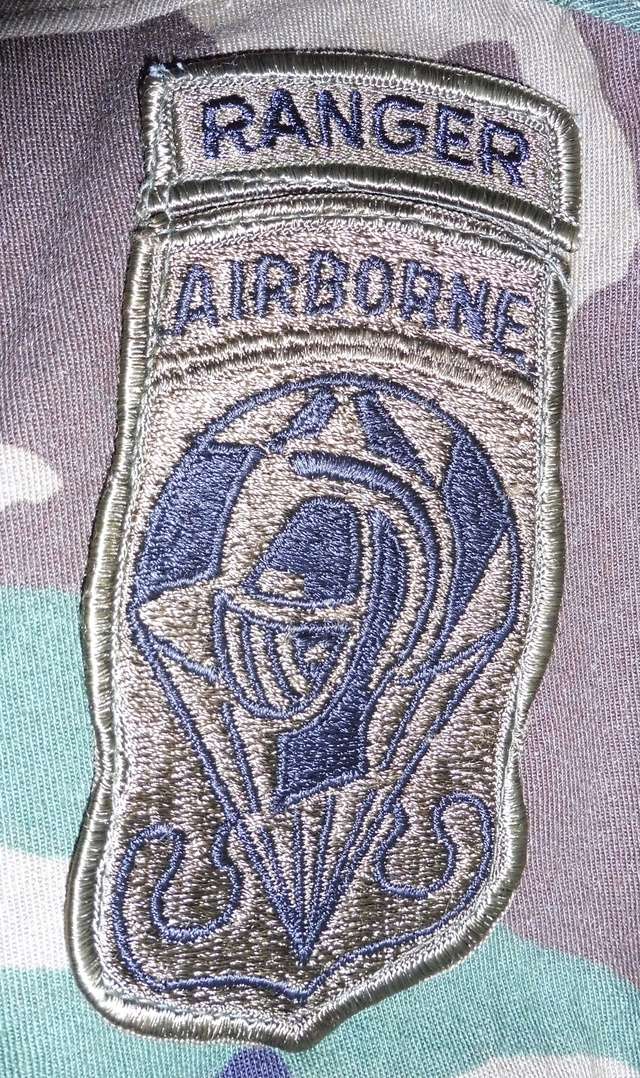 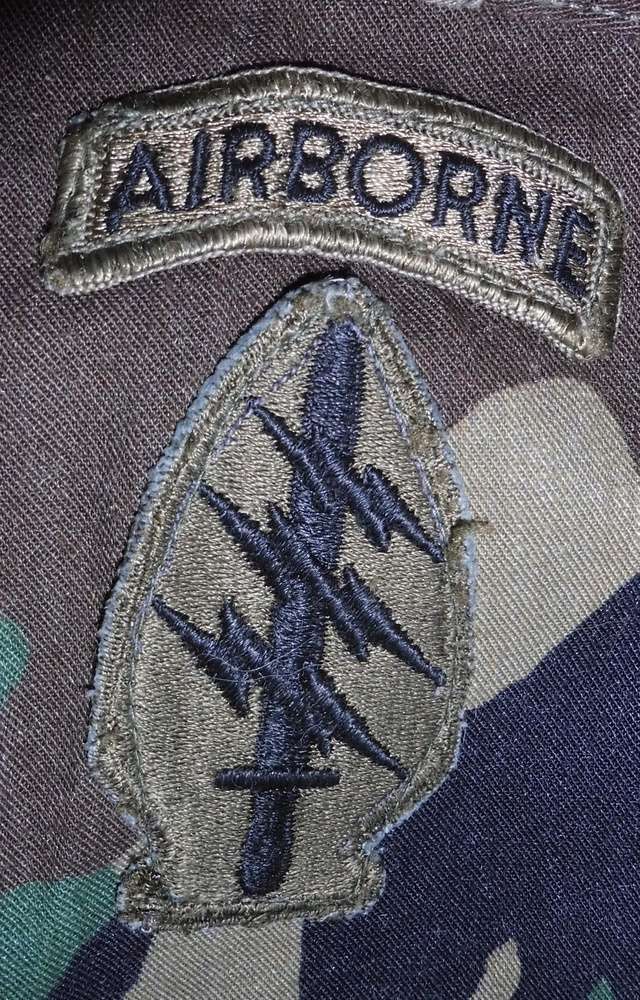