Does anyone know if this was a generally issued item, or something different? 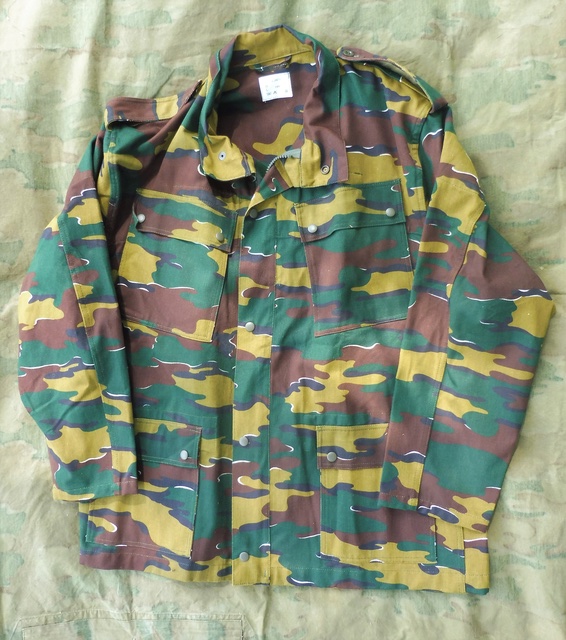 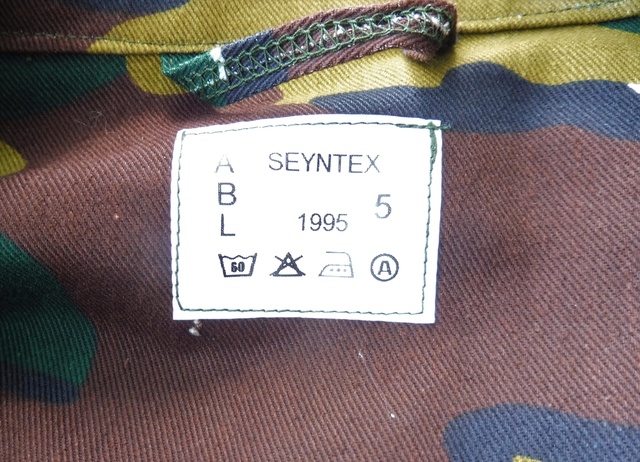 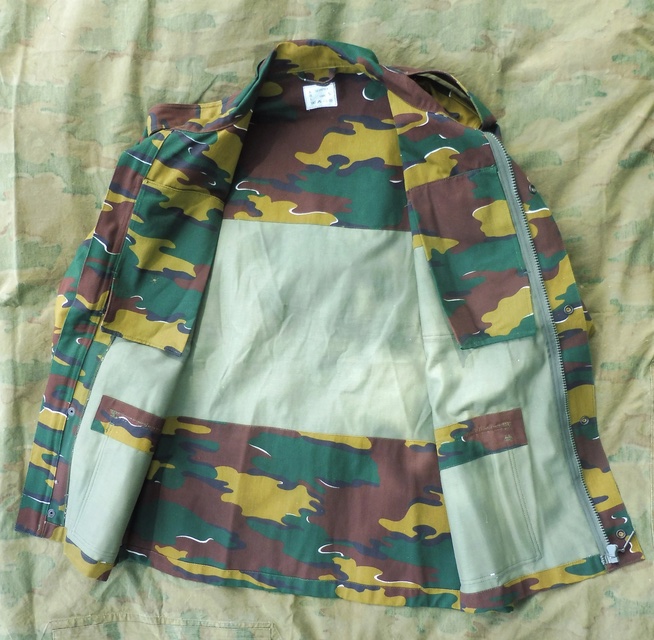 This is a rare variant produced in 1995 only, as far as I know. I have a test jacket (red thread) and a production jacket in this pattern. Supposedly uniform was intended for para/cdo since, at the time, they were the only ones authorized to wear camouflage uniforms as a general practice. However, a two pocket shirt, 6 pocket trousers, hat, and helmet cover were also produced alongside this jacket. My thinking is your jacket was part of a trial which eventually led to the general issue uniform in 1997. The shirt and trousers are pretty similar to the ripstop type, but the jacket is significantly different.

Thanks for the info Steve.

I think I may have the helmet cover that goes with this.
Wolverine

Steve, could this cover be part of the same trial? It is not a standard composite helmet cover, but it is pretty clearly meant to fit the composite helmet. There are no labels. The cloth appears to be the same as the jacket. 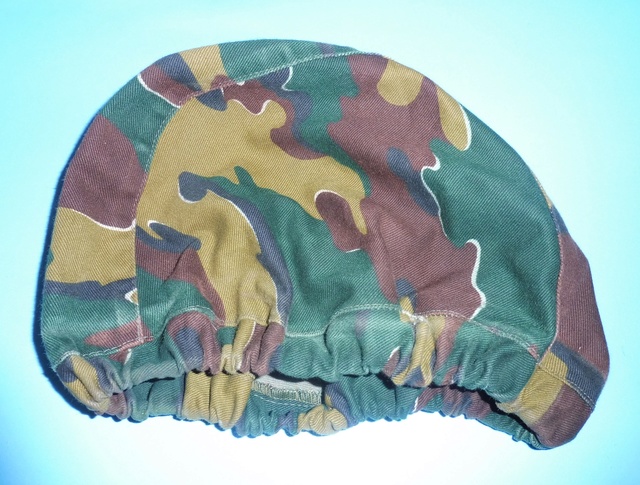 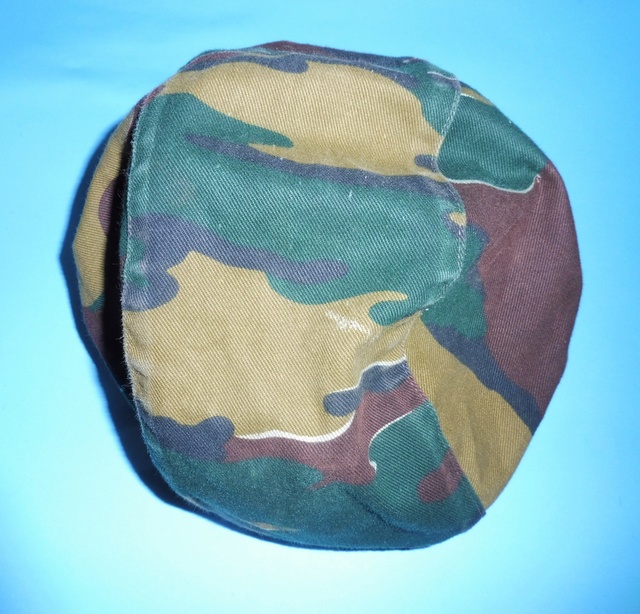 And the cover, is it of the thick or thin fabric, I recently came across one thta was much thinner material than my normal one
Wolverine

The fabric is heavy weight.
CollectinSteve

Wolverine wrote:Steve, could this cover be part of the same trial? It is not a standard composite helmet cover, but it is pretty clearly meant to fit the composite helmet. There are no labels. The cloth appears to be the same as the jacket.

I do not know for certain, but I think so. I'll have to dig through my examples and see if mine has a tag on it. I'm pretty sure it does. I also have a hat in the same fabric weight if I can find it.

Just an add on

Just throwing in a picture of a pair of 1995 pants to match your jacket. 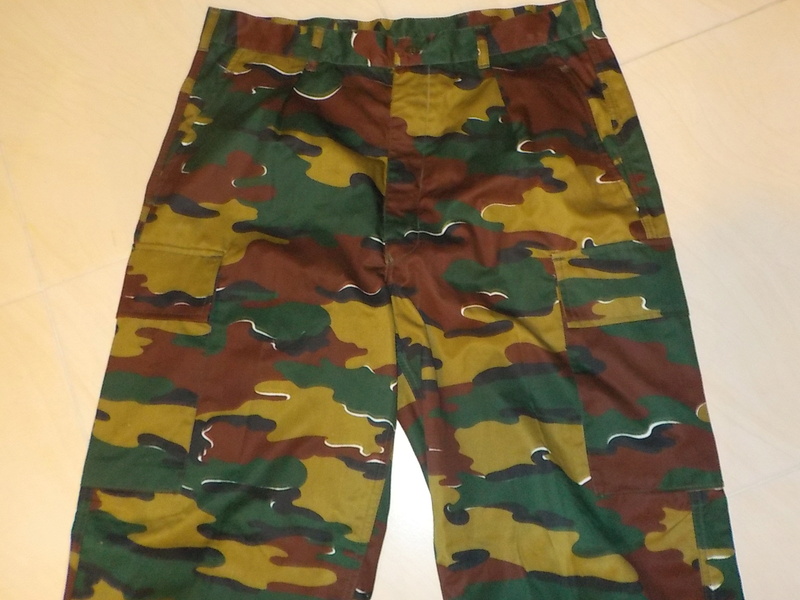 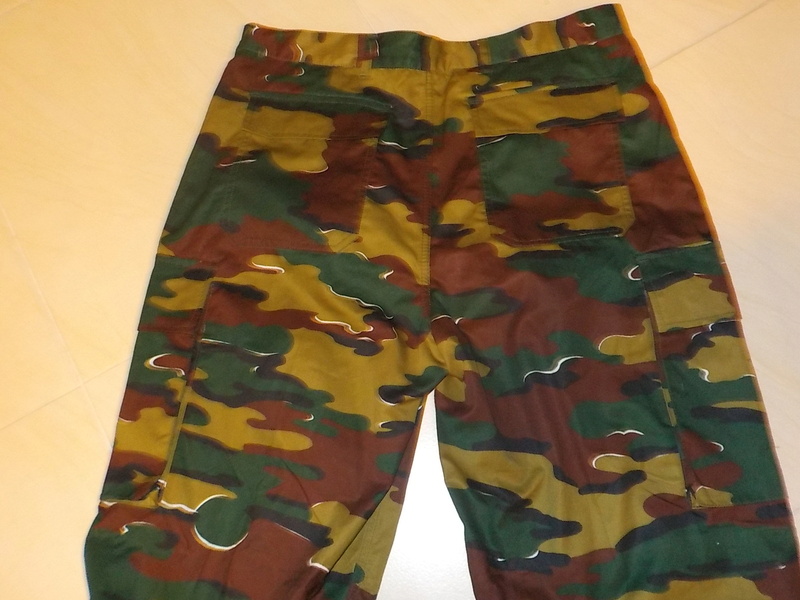 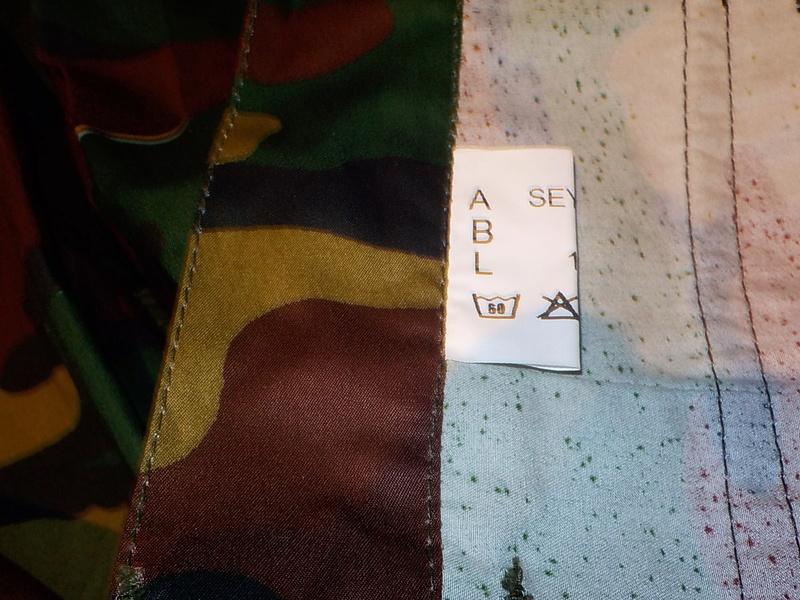 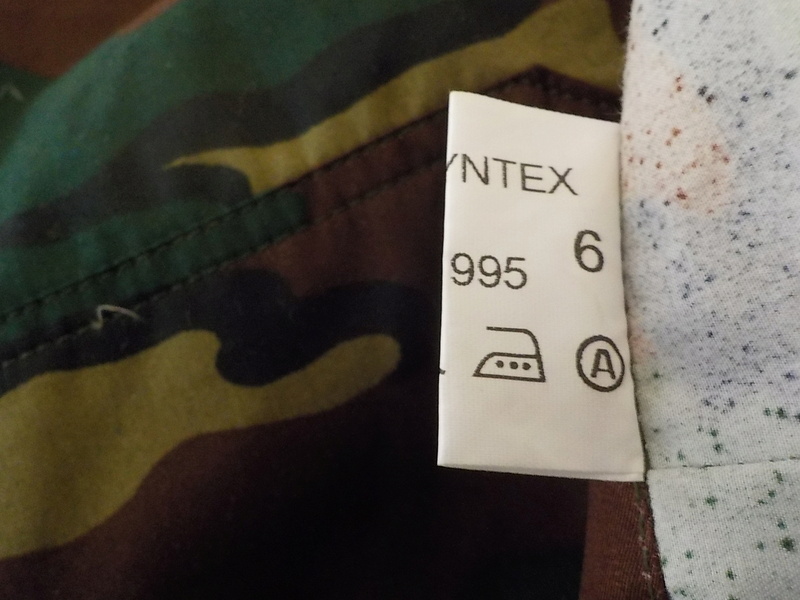 Those look to be the lightweight material?
CollectinSteve

Yup, that's definitely the poplin tropical type worn by peace keepers in Africa (for the most part). This type of cloth was in use from the early 1970s by Para/CDO (8 pockets), but didn't really see widespread use until the 1980s.

The reverse of that tropical print/cloth is characterized generally by those little spots on the white background I think?
CollectinSteve

Yes, the poplin cloth is easily spotted by it's white reverse side. The spots are where little bits of dye bleeds through.

As far as I know only four items were made in Jigsaw poplin cloth:

It can be difficult to tell these apart from other items because the Belgians have maintained very similar designs over many decades. Even the 8 pocket trousers came in a standard cloth variant. The easy tipoff is if you can see the backside of the cloth. White = poplin. 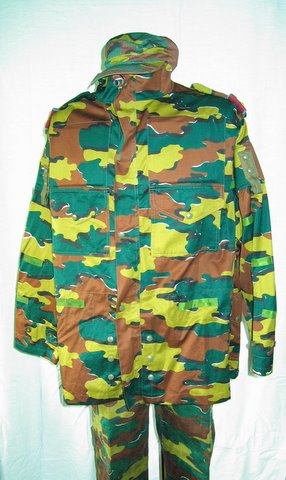 The sniper smoke is a rare beast! I'm not sure it was limited to Para/CDO, but it might have been.