I finally managed to land myself the trousers to match an orphan jacket I've had for 10 years.  It is a M-69 uniform that used the old reversible canvas cloth instead of the newly produced once sided cotton cloth.  The shirt even has a military manufacturer's tag in the pocket, something that's often missing from these uniforms.  Unfortunately it is unreadable.

My assumption is that the Spanish had a bunch of surplus cloth from the M-58 and shelter quarter production and they used it to make a small quantity of uniforms.  Or perhaps they used the cloth for testing?  Whatever the case, these items are pretty damned rare.

If anybody has any information about it, I'd love to know what you know! 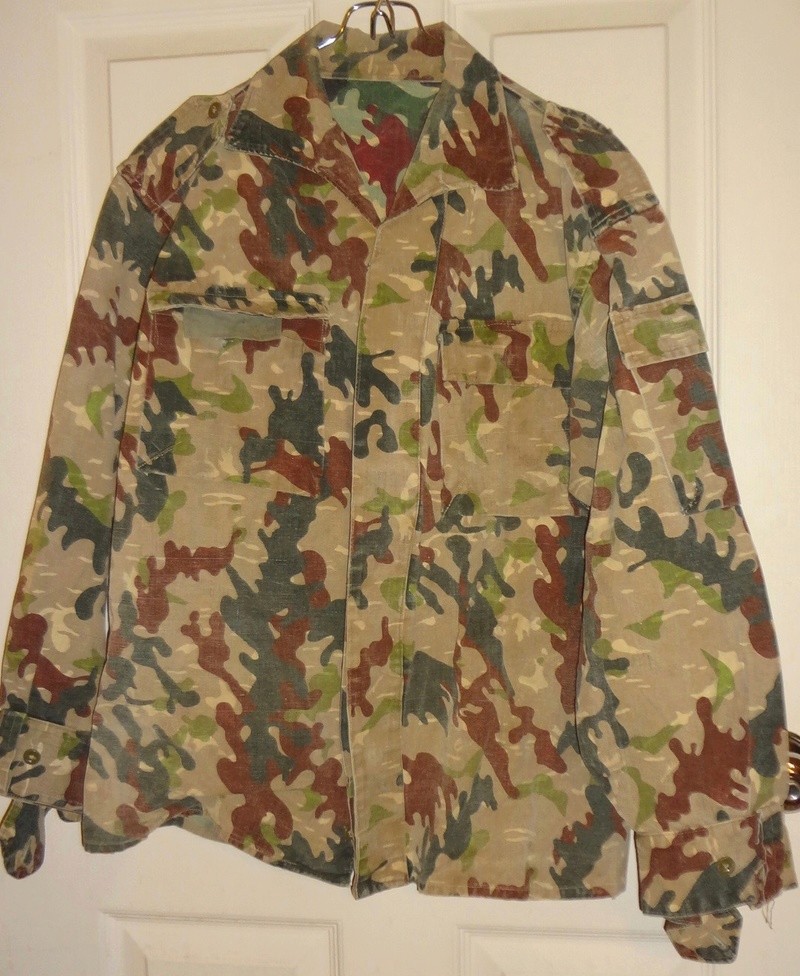 
All I can say is that I've been after one of these since I've known that they exist.
The simple cut of this uniform is just great compared to some that came after it.

Thanks! I am happy to finally have a matching set. Though it does pain me to see the beautiful reversible cloth be wasted on a one sided uniform. Reminds me of the various Egyptian and Czech stuff I've had over the years that teased me with their wasted potential. Well, from a collector's standpoint

Should pain you at all.

Granted it cant be seen when worn, but the contrast of the 2 color differences is great..

You have a complete set, congrats!

I'm sorry I can not provide any info. These so-called "reversible" camo uniforms, which really are not, are hard to find even here in Spain. All I know is that they were used by the COEs (army green berets). I've only been lucky enough to find the pants so far. 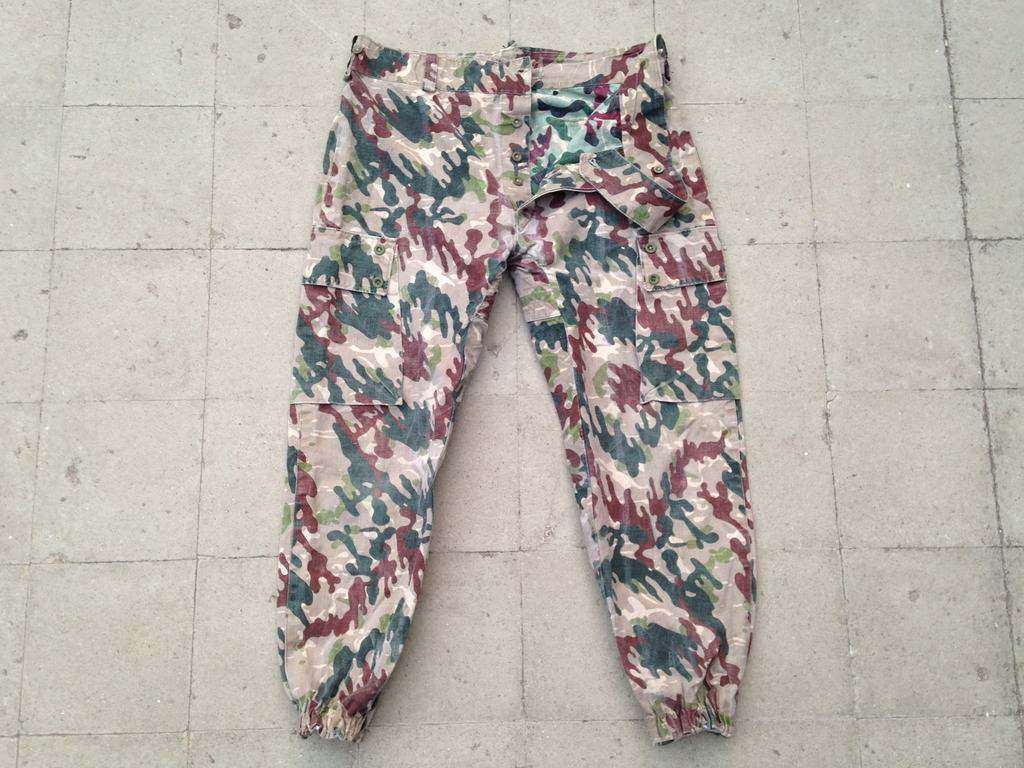 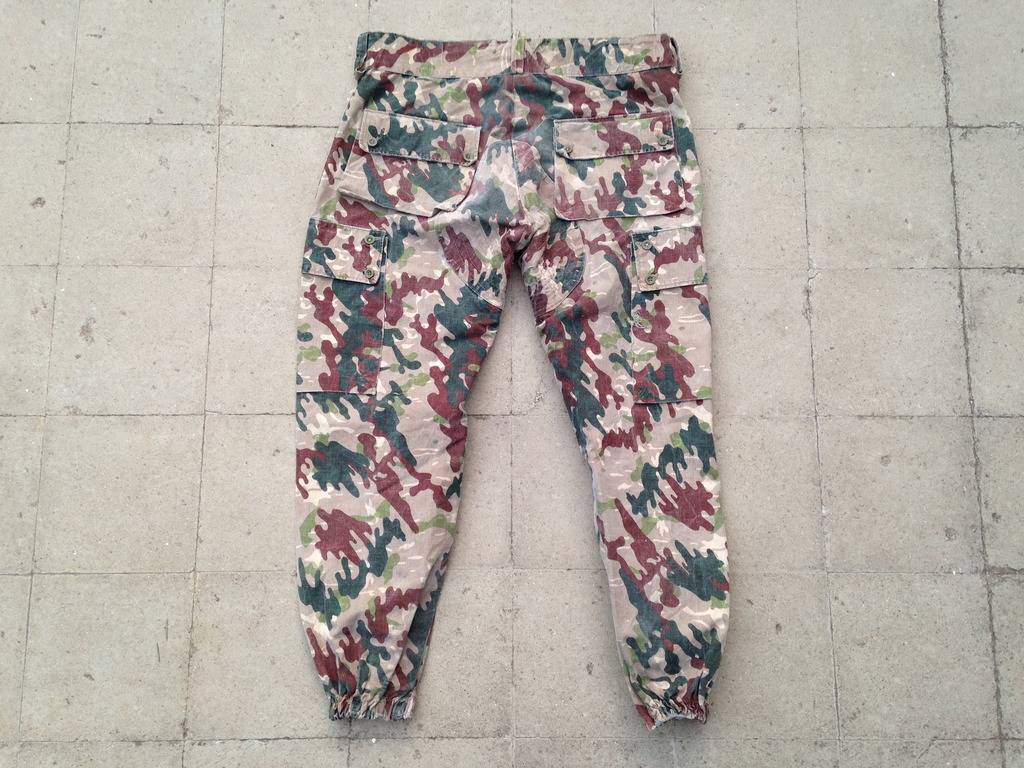 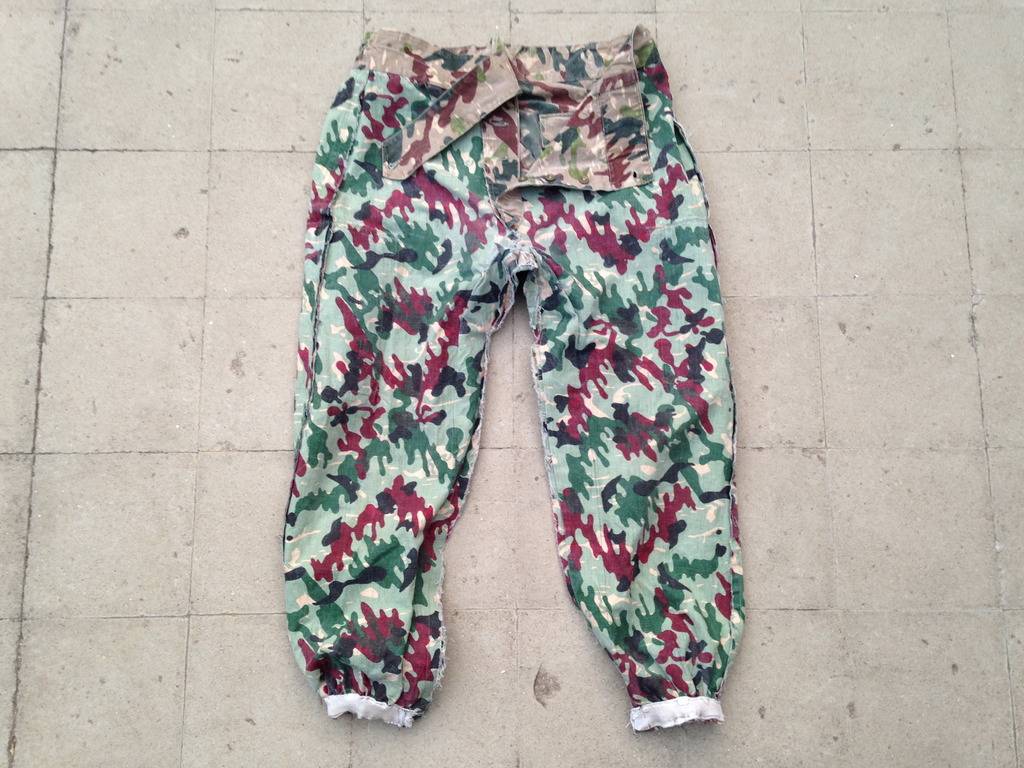 Very scarce anywhere, and not seen in this condition very often.
Both sides have outstanding colors, and the buttons are all present.

Thanks mate. I agree, these are really hard to find in acceptable condition. You can find some heavy used or repaired for a low price but you must pay very well for some that are mint or great condition. Especially this happens with pants, most of them suffered a harder treatment than shirts or coats.
ripcord

You are most welcome.

Absolutely; pants are a lot harder to find in decent shape than blouses/ shirts.

That is pretty much true for most patterns.

You are very fortunate to have those pants in that condition.. 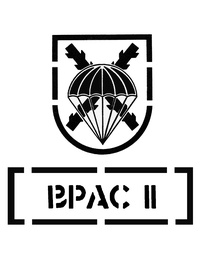 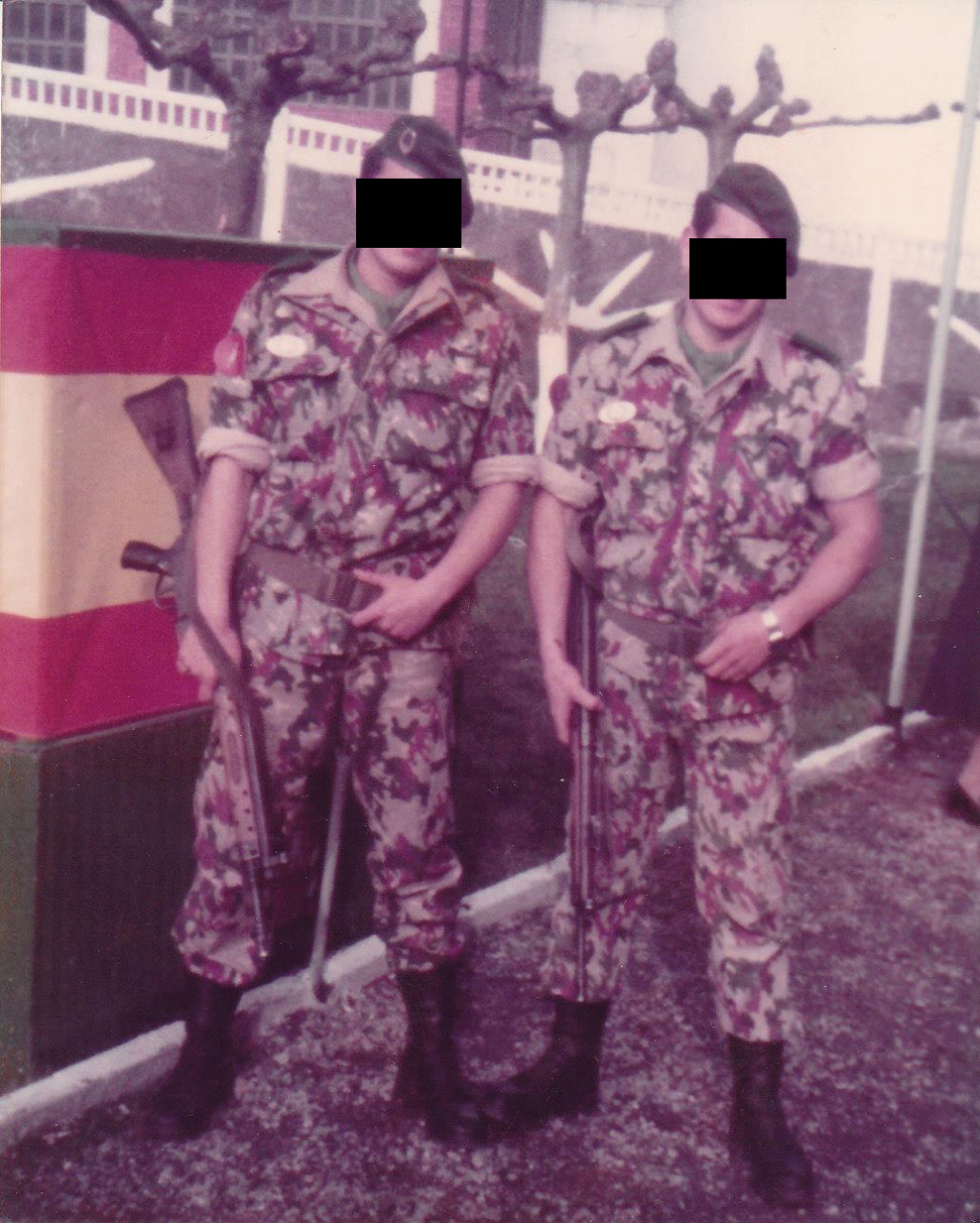 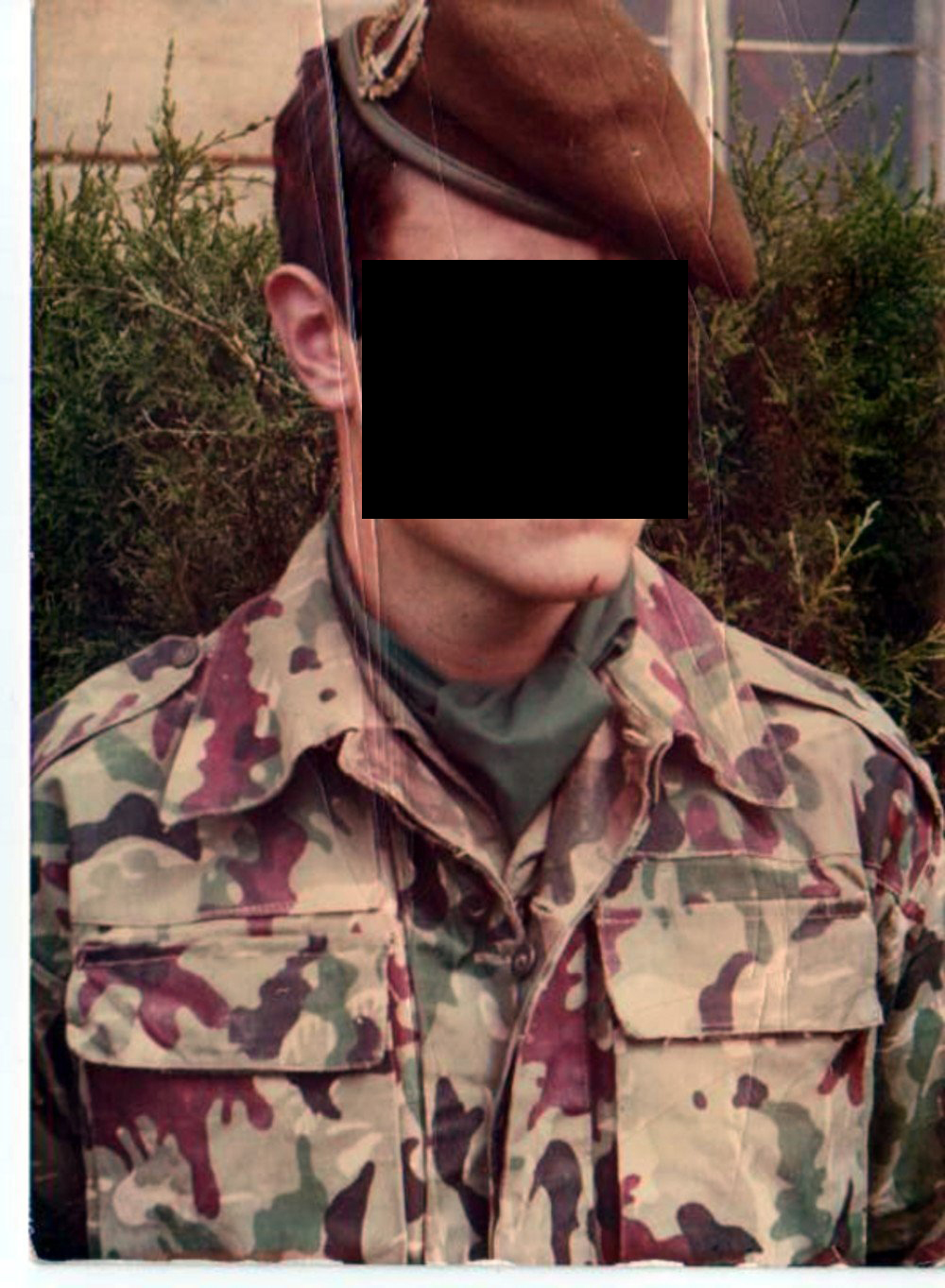 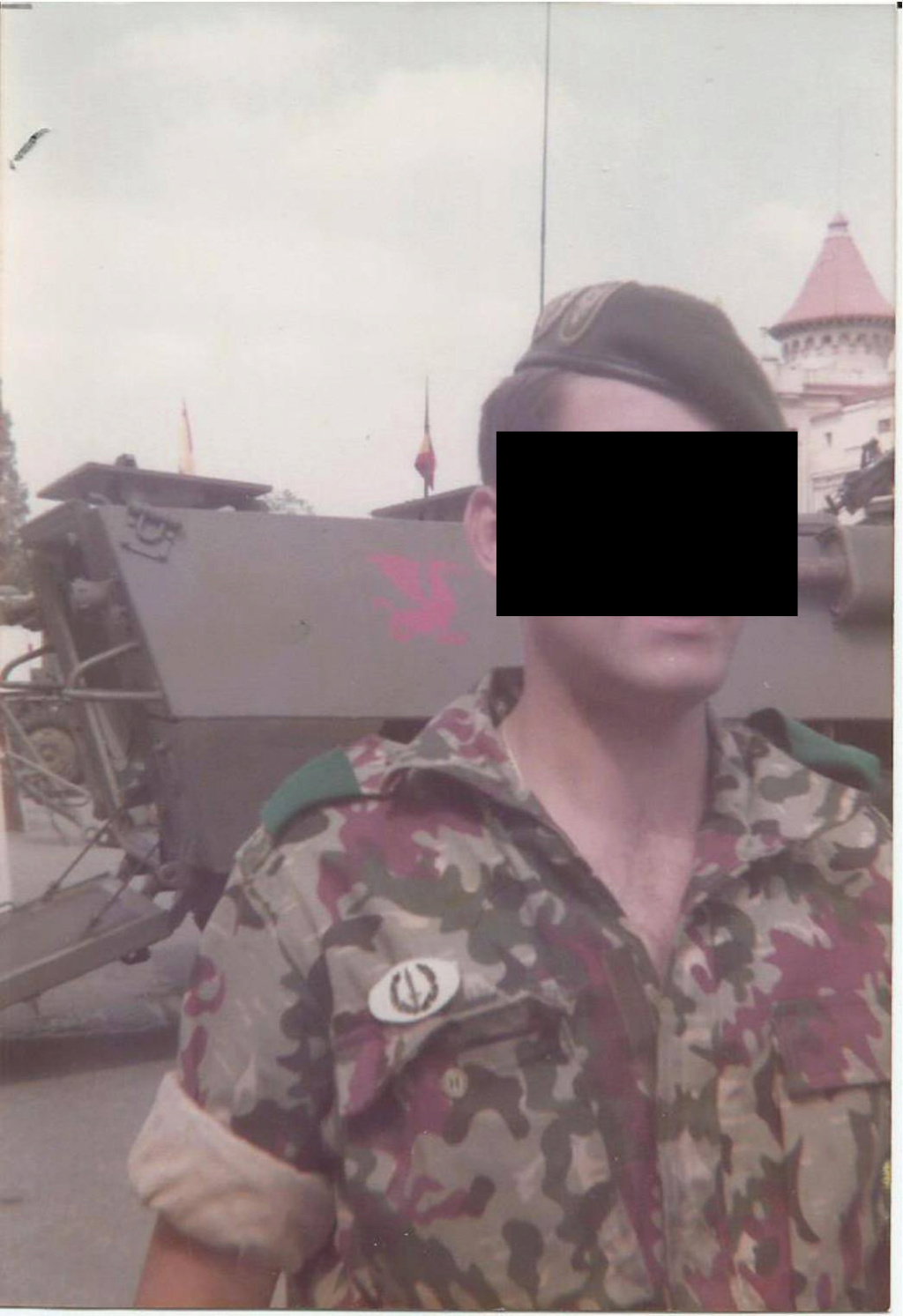 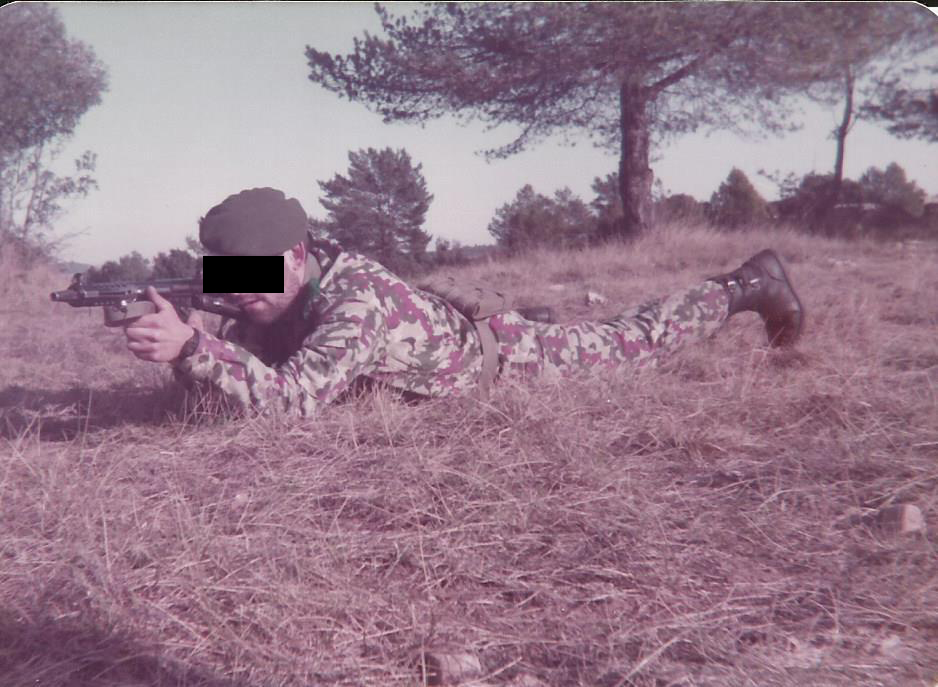 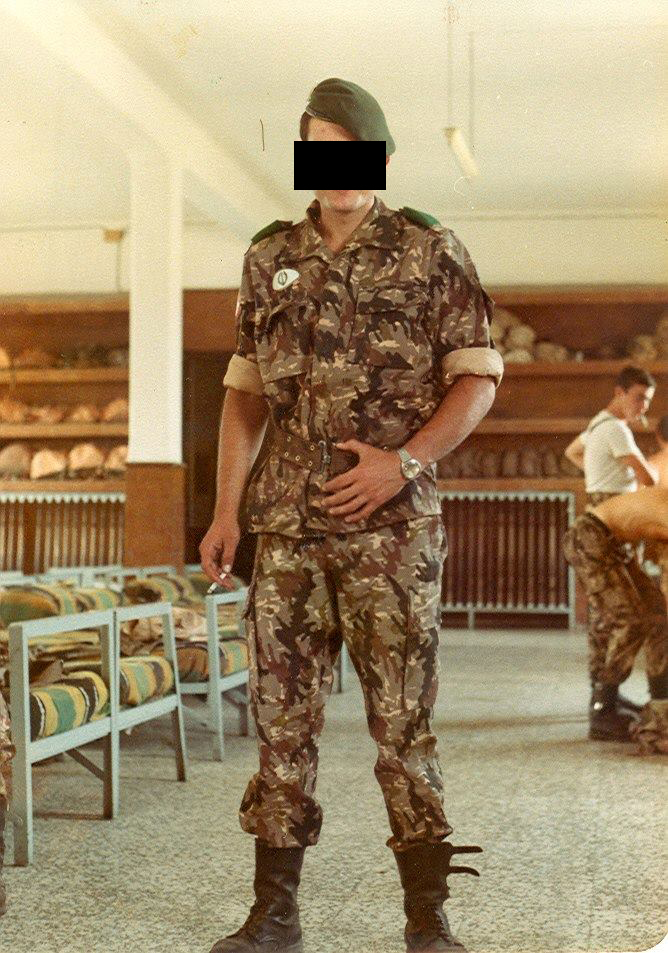 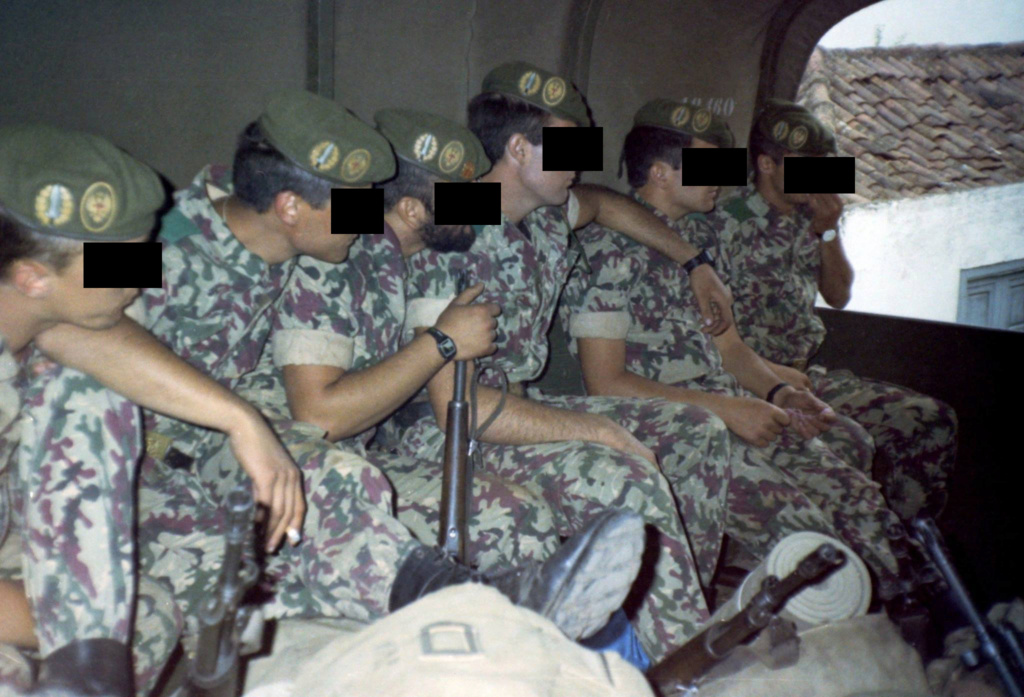 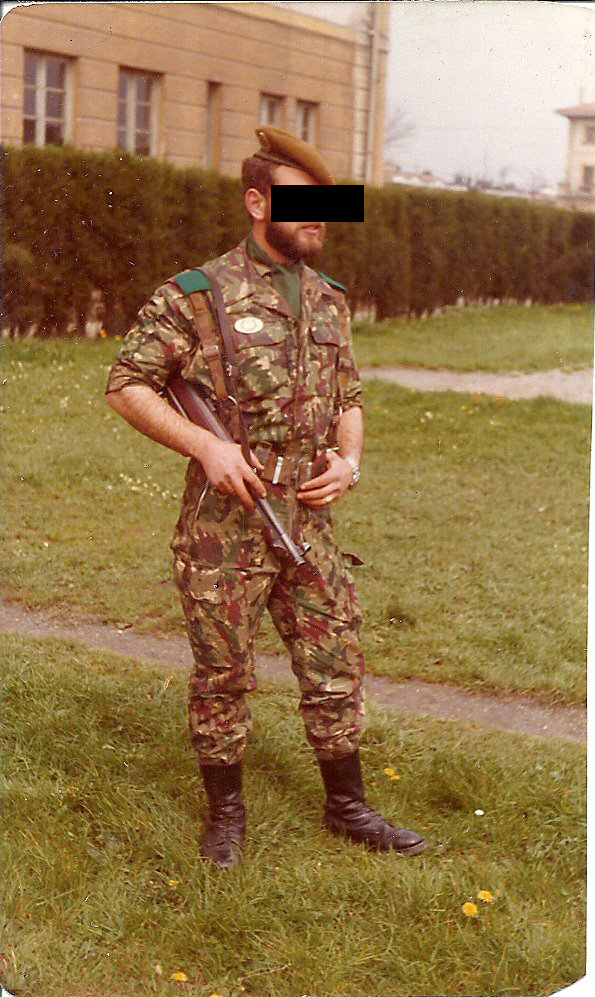 Note the MP 40 used by the Guerrillero