You are not connected. Please login or register
+2
milly66
Camonut314
6 posters

I was going to add this to the South African Special Forces Camouflage topic, but I guess that it's been a bit too long since it was edited.

In any case, mentioned in that topic was another uniform produced by 'Battle Cry' South Africa, and I happened to pick up a set thinking that it was original, not realizing that the genuine was made by Adder/Adro. The topic mentioned that this version was produced specifically for commercial sales in SOF magazine, but I was wondering if anyone could re-confirm that? Also, if anyone is interested in owning this set, It's up for sale or trade since it doesn't fit me or my collection. If nothing else, enjoy the pics! 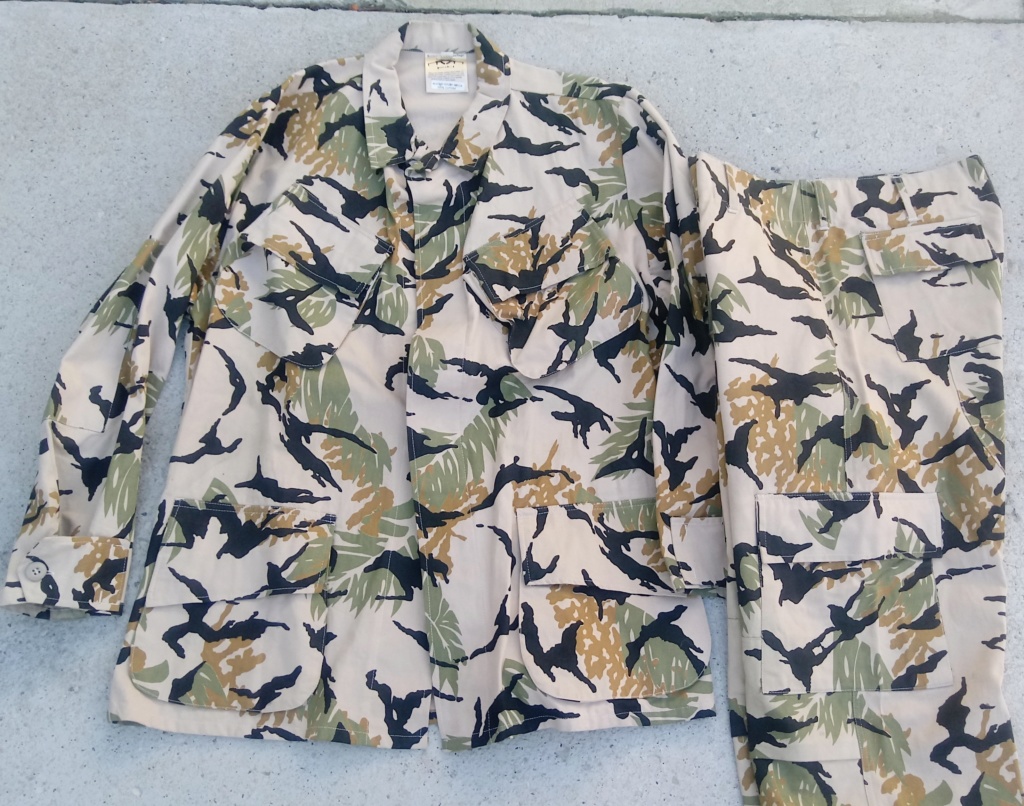 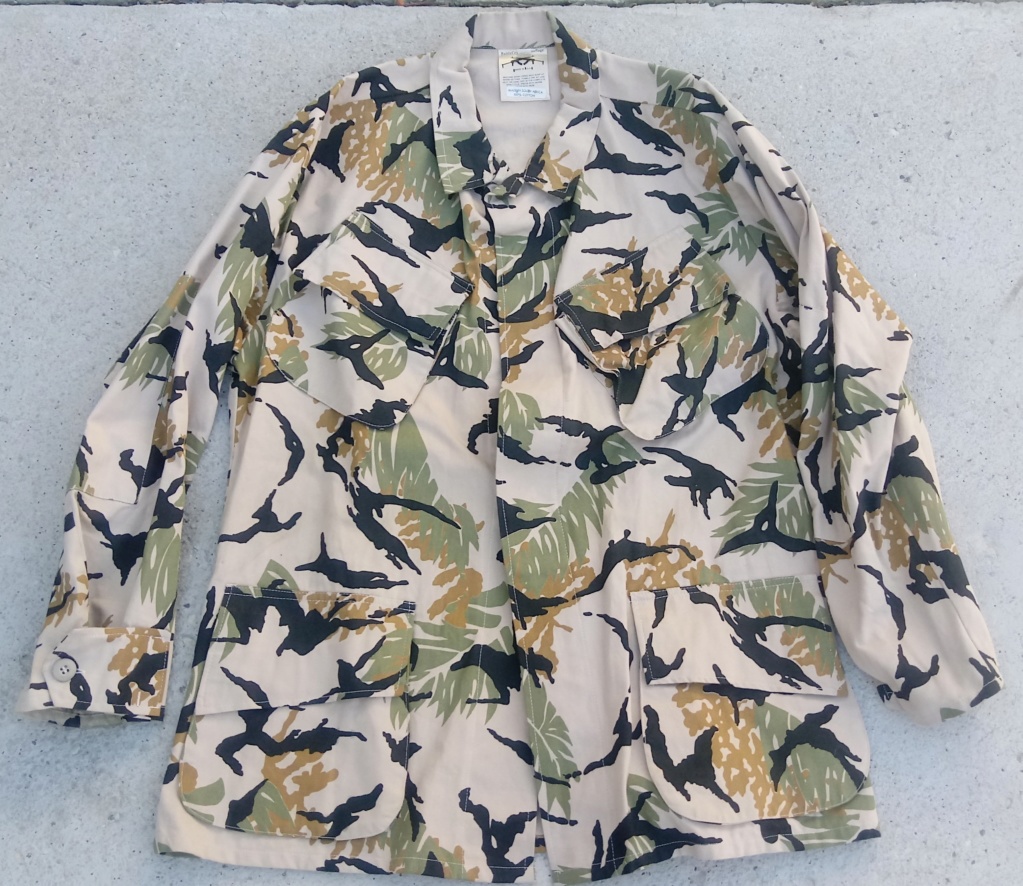 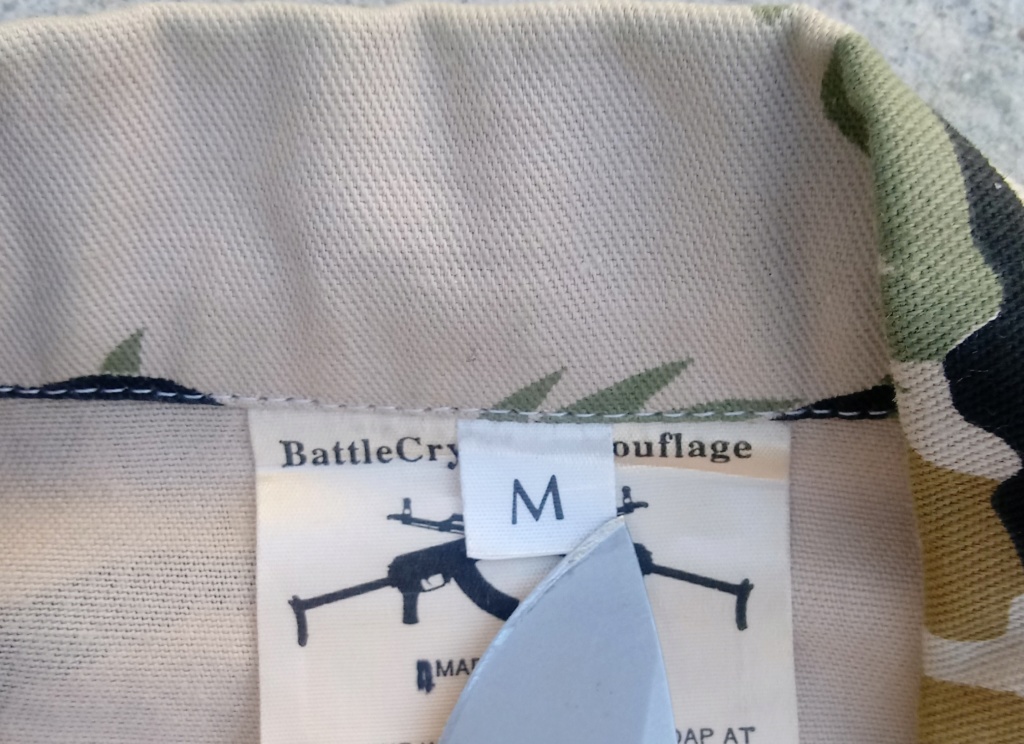 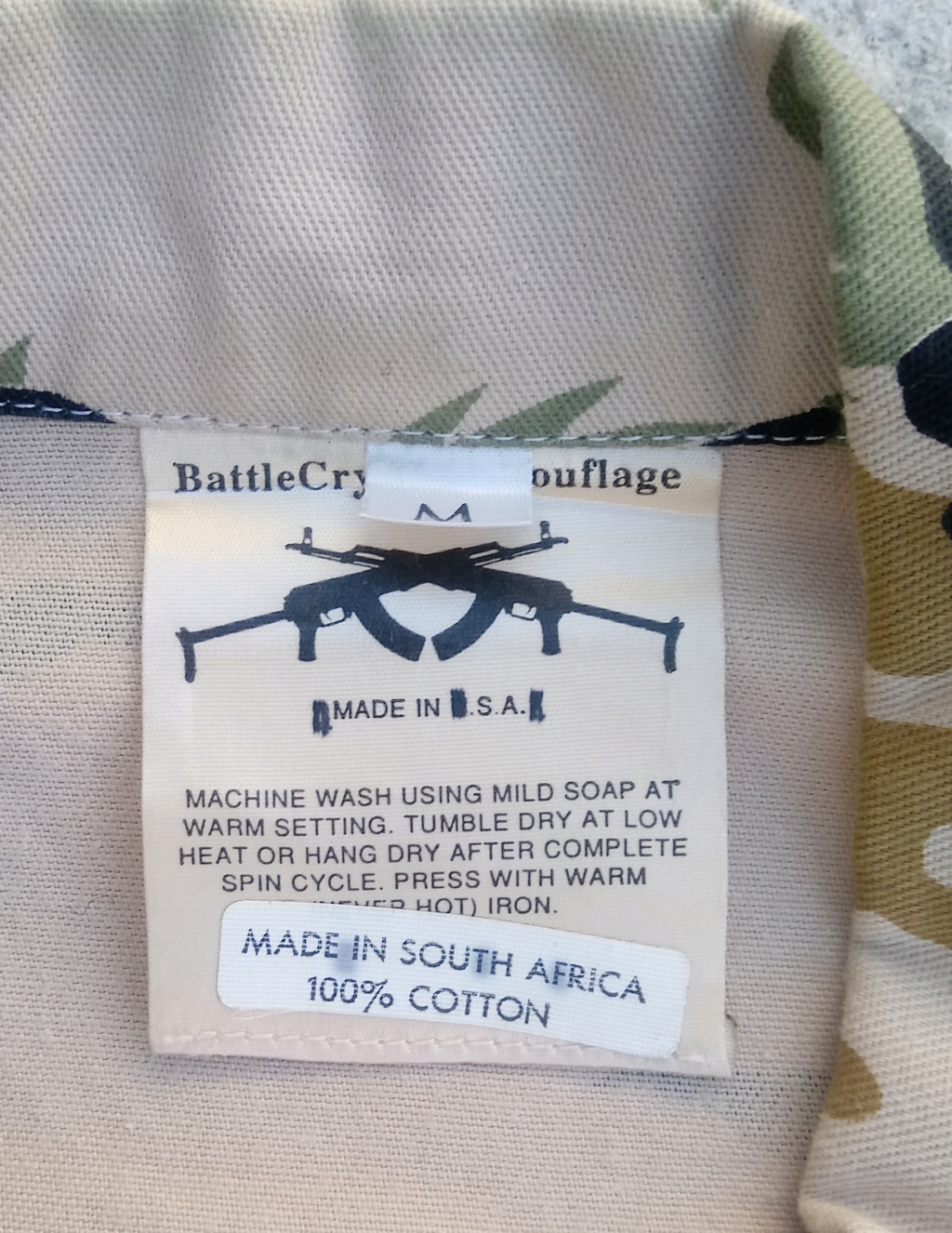 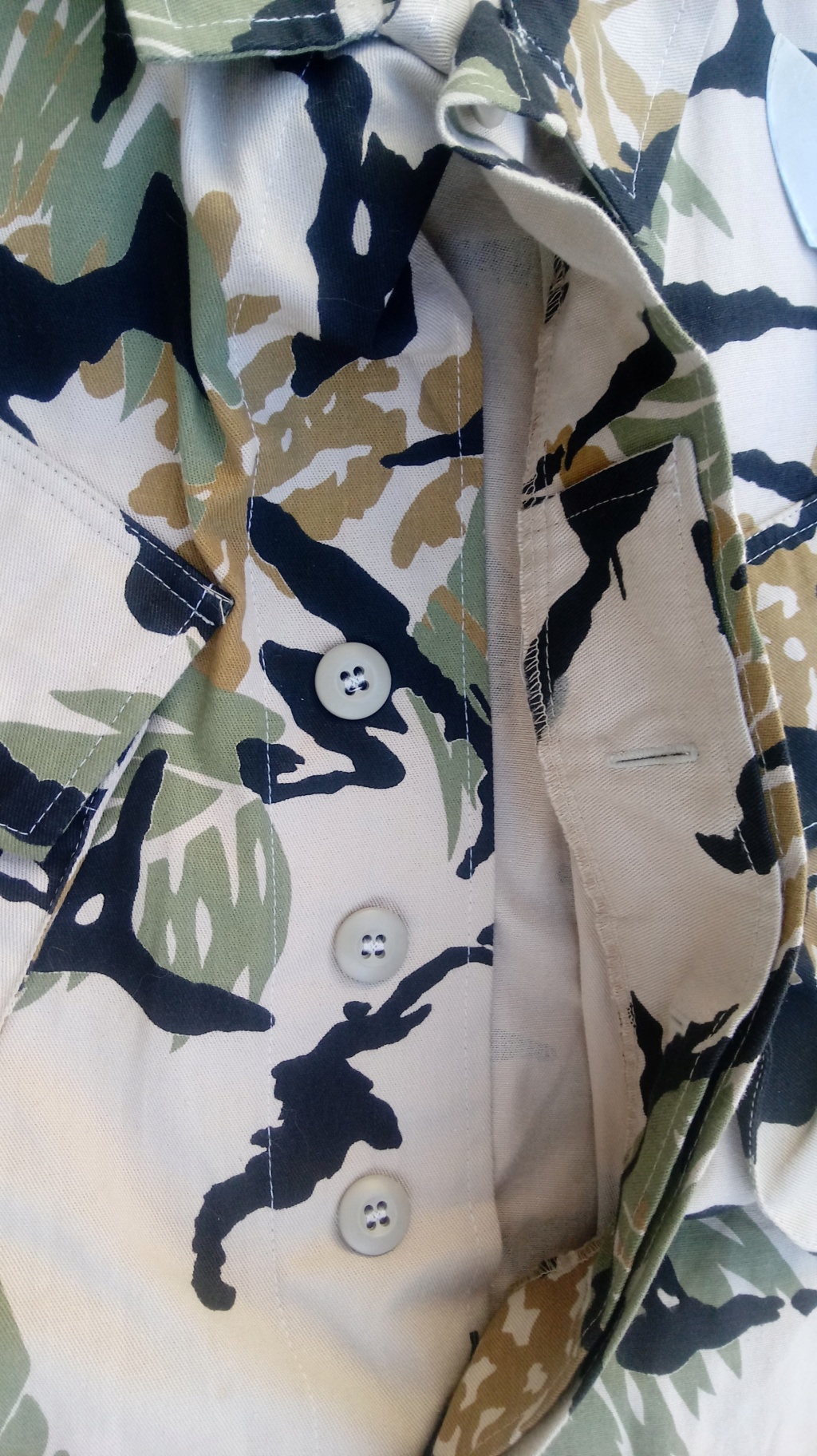 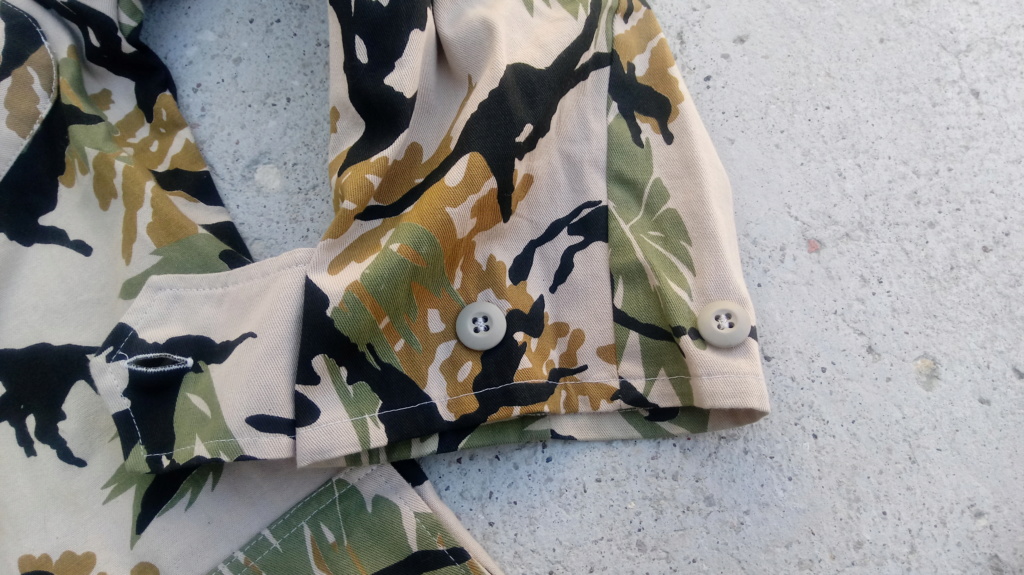 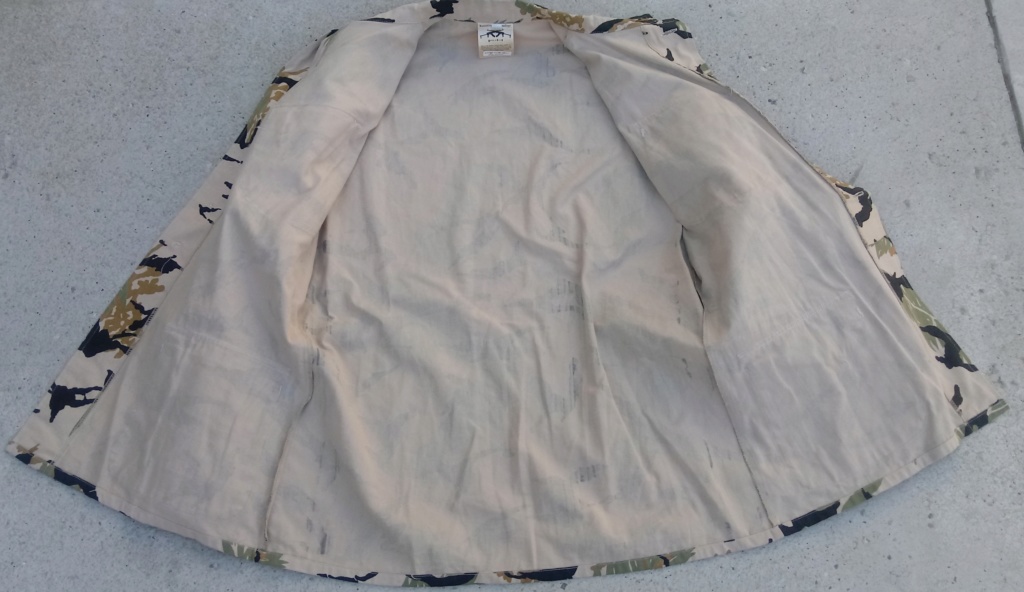 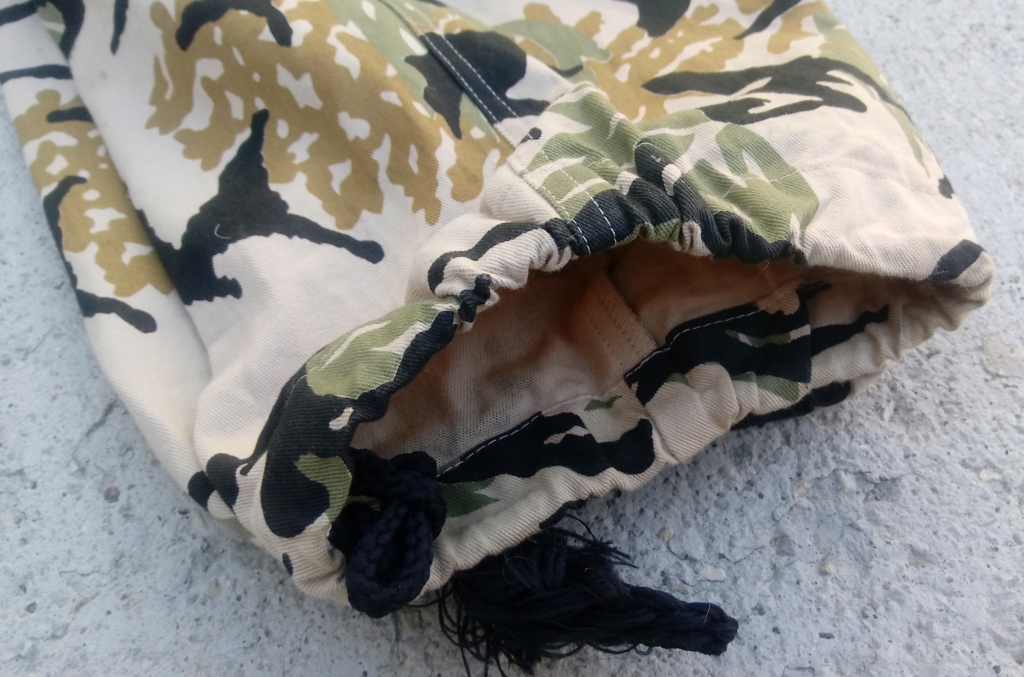 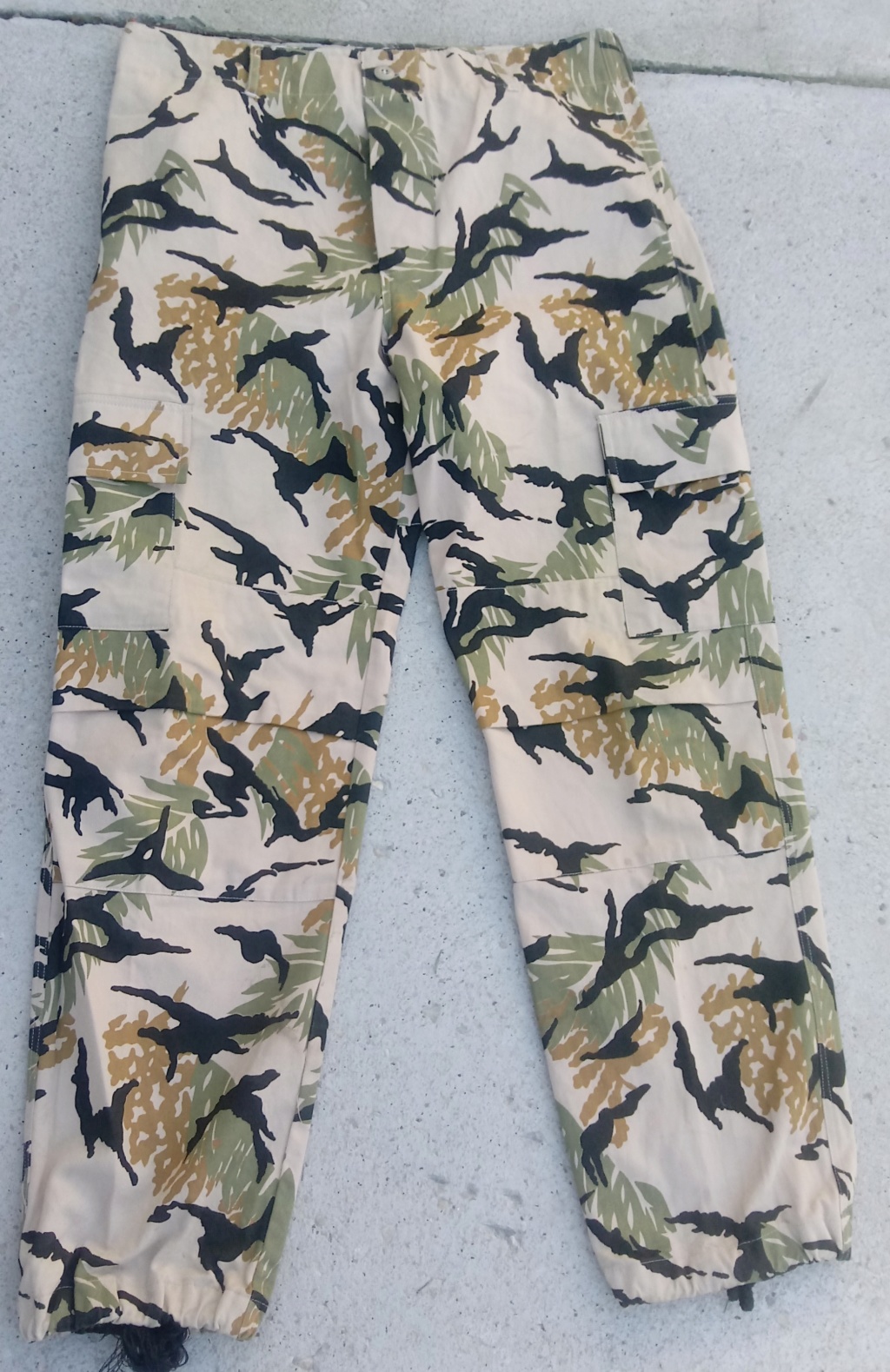 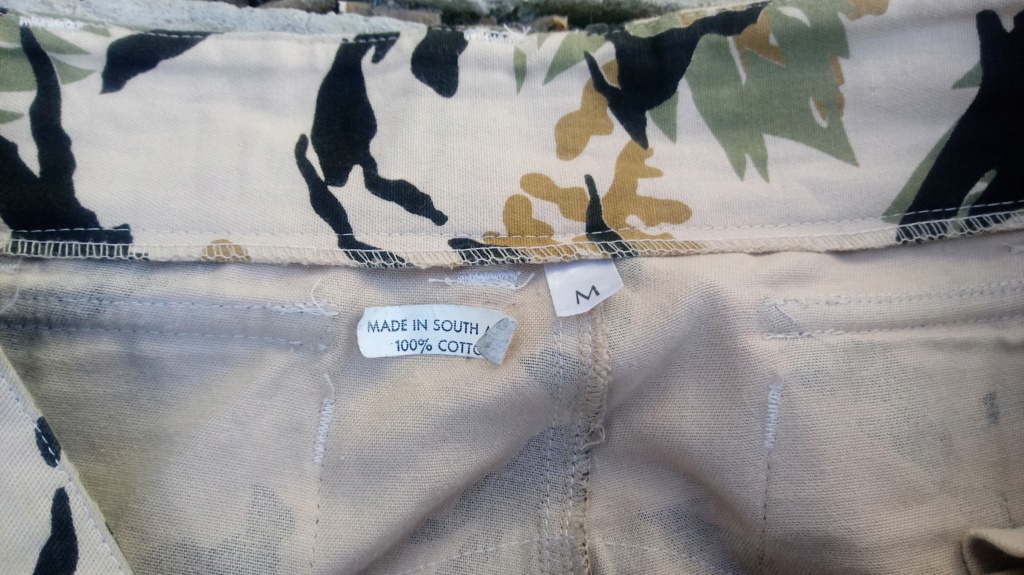 I am liking that cam. Dutch Jungle and SA this type are now my tops.
Kevin
TennoHeikaNate

Thanks guys! Yeah, the pattern is gorgeous, just bordering on the commercial 'dazzle'. Just wish I could find pictures of it in use.
CollectinSteve

For sure it is a gorgeous pattern and for sure this specific item is 100% commercial. No SA uniform was ever made in US Vietnam era jungle cut. Mike Coleman posted a very nice thread on that here...

Interesting to see my original thread is locked. I wonder why that is? I certainly didn't do it. Anyway...

Wonderful set, and yes, 100% commercial. I attended the 1999 SOF convention, and several of the SOF staff were wearing these uniforms. I asked about it, and nobody had any specifics about it, just that it had been for sale at one the conventions "a couple years earlier". The only other reference I've found in regards to this commercial uniform, was an archived article from some UK based publication, basically poking fun at the convention:

These uniforms were never sold out of SOF magazine (I have plenty of editions from 1995-96, believe me, I've looked!), only at the convention in 1995, and perhaps '96 if there were still stocks leftover.

I suspect you will never see an operational photo of this pattern. Trust me, I've been looking for 15 years, and know some collectors who have talked personally with ex-SWA Recce members. Given the nature of the operations these guys were performing, there are no photos at all. Remember, SWA Recce was an extremely small unit, and the original camo was a one-time private purchase, that not all members opted for. And of the ones who bought it, not all actually wore it.

Anyway, if you're looking to sell or trade that uniform, I'm your guy! Let's talk via PM. I'm currently downsizing a bunch of my non-South African camo, so perhaps I have something to trade...

Yes, I would have posted this on your original thread but found it locked when I tried. I am very glad you could clear up the history on this uniform a bit; it's still technically and interesting piece of history even if it does fall outside of the actual combat in the Bush Wars. The history surrounding SOF magazine is a fascinating and sordid tale worth of Soap Operas, but I still love perusing the old magazines and have had a chance to paw through about two paper-boxes full of ones from the late 80's to 00's. Wish I had a better scanner at the time...

Also, I wish I had known a bit more about the uniform when I put it up for offer; at the moment, I've got quite a few people interested in it and no longer know what's the fair thing to do

You're very welcome! To be honest, although this isn't actual SWA Recce issue, the US OG 107 jungle uniform style makes for a more practical uniform. It's very comfortable, and those large bellows pockets are rather useful.

I have no doubt that you have a stampede of folks after that uniform. The pattern is quite rare, and one of the most striking camouflage patterns ever made. I can't tell you what to do, but I'm a first come, first serve capitalist kinda guy, so whoever was first knocking at your door with cash (or a trade) should be the one to get it. Of course, you will have those that will cry foul since it wasn't sold in an open format for all to see the legitimate buyer.

For me, it would only be an upgrade to my current Battle Cry set, which is quite faded and used. But, my genuine set is mint, and I have other items in the pattern as well, so I'm certainly not put-out in the least if someone else ends up being the buyer. I'm pretty easy going...

I know of an unissued set that was in the Bob Pitta collection that was snapped up by a IACMC member, but other than that I've not seen any others around except for Mike's. Or was I drooling on the original? I forget... so much to drool on, so little drool to go around

I have NO idea why Mike's previous thread was locked. Must have been a mistake. I unlocked it so now it can be added to if anybody wants.

Would have loved to buy this set. Wondering how much actual usage it’s seen, especially since it was private purchase, not all guys bought it. And I know the SA recces mainly went for patterns that will blend it with local use when on ops. This uniform seems rather impractical from that point of view since it’s totally unique. Might have only been a nice to have to wear during training or when at the base. Would be interesting to get some feedback from unit members about it.
Sponsored content