At the request of fellow members I've made a separate post about this camouflage pattern. Without a doubt, out of all the patterns in my collection, this one generates the most interest. Without fail, the first thing everyone asks is "What camo is THAT?!?!".

A quick bit of background here for those not familiar with this pattern.

Most of the garments in this pattern were produced by the South African commercial manufacturer Adder. Many will be familiar with the Rhodesian "copies" and the two-tone urban pattern they produced for the US market. In any event, the Adder versions are rumored to have seen use with SWA Recce, and perhaps other elite units serving on the Border to include 32 Bn's Recce Wing. There is one mention of this pattern in the Osprey Elite book "South African Special Forces", and there has been other anecdotal evidence from other collectors and dealers. As of yet, I haven't been able to nail anything down concrete on this, but for now I'm willing to keep attributing this pattern to SWA Recce.

There is also a version of this uniform produced by Battle Cry Cammouflage (also a South African company), however it is cut in the style of US Vietnam era jungle fatigues. Evidence seems to infer that this version was produced just for the US market, and was most likely available through SOF Magazine, or during one of their conventions in the early to mid 90's.

Known items produced by Adder include a shirt, trousers, bush jacket and bush hat. I've attached photos of my jacket and uniform. I also have a pair of shorts, but I'm pretty sure they are cut-down trousers and not factory produced. The Osprey Elite book also has a color plate showing a flap-cap in this pattern. I have yet to see or hear of one of these caps outside of this reference. There was also an experimental Pattern 83 vest in this camo as well, however only one or two were made. Roan Gouws, the lucky bugger, has one.

As it stands, it is a VERY difficult pattern to find, and it must have been produced in extremely limited quantities. I personally find it quite striking, and one of the coolest camo patterns ever. Definately in my top five! 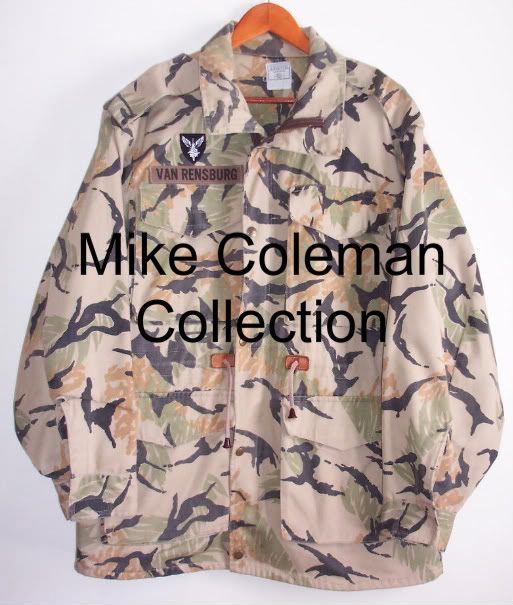 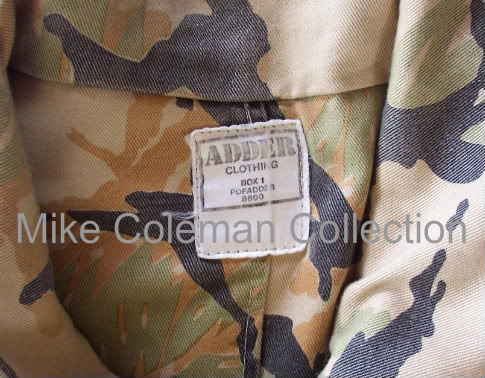 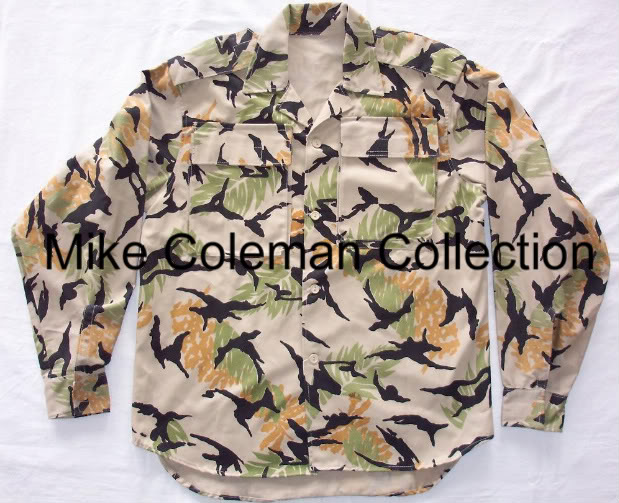 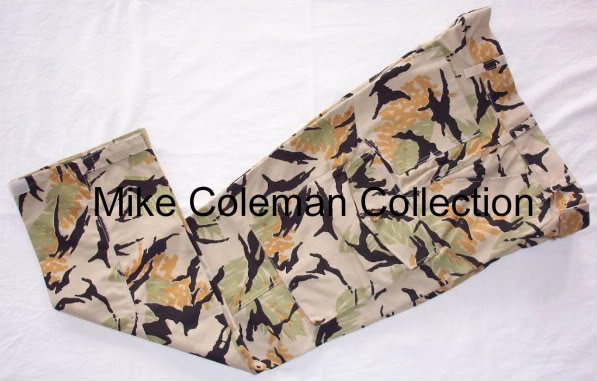 It certainly is a very striking pattern. The black 'twigs' seem reminiscent of the black shapes one would find in a Brit-inspired DPM pattern.
mcoleman762

filupe wrote:The black 'twigs' seem reminiscent of the black shapes one would find in a Brit-inspired DPM pattern.

Yep. The black portions of the pattern are almost an exact match to that of most DPM patterns. The green "palm leaves" and the orange pattern are very unique though!
nkomo

I have watched this pattern camouflage several times on Ebay go for astronomical amounts. I'd love to own a set that was used by the military, but can't seem to find one at a decent price. A military used set of this and the Zaire Kamoyla leopard pattern are on my Holy Grai list. Very nice stuff you have there Mike!
Arch
_________________
Always looking for Central American militaria 1965 to 1991. Especially items relating to Coronel Velasquez El Salvador Armed Forces
Sponsored content