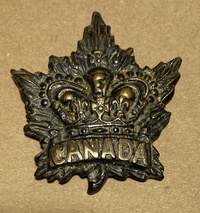 I hope this is suitable for posting here.

As I have mentioned in another post here, I am helping a friend disperse a range of webbing and associated gear from his brother's estate. That includes a bunch of kit described as being part of the "Adder System." As part of my online search for information about that System, a link showed up to a thread here on this Forum.

The information in that thread was very useful, but I'm hoping to still find out more about what I have, and the history behind its development and use.

Based on threads here, I gather what I have was produced for the commercial market? Is that correct? Some pictures attached here for analysis.

Not shown are the large rucks and a variety of pouches including those marked as being for small arms and multi-grenade that are part of this collection of items. Most of it is in the brown colour.

As you can see from the photos, what I have includes some printed background material, which includes a “Test Report on the J. N. Webbing” and even a t-shirt promoting the Adder system. ;-)

Any information about this, or pointers to additional online information elsewhere, would be most welcomed. Thanks.

Wonderful post! I’m glad your internet search for information brought you here. What you have are some truly rare and remarkable pieces! I have already responded to your PM, but I will reply here as well for the benefit of all.

I’m going to be somewhat vague, and leave out some details, for two reasons:

a. I have some fellow collectors and researchers that have been doing some in-depth research into kit of this sort, and although I’ve been privy to some of their findings, I’m not going to plaster that information all over the internet. It’s not my research, and I’m going to respect their efforts, as they may wish to publish at some point.
b. I have a ton of stuff to do around the house this weekend, so I can’t be sitting in front of the computer for hours on end while I type out a 10 page dissertation!

Alright, I believe you mentioned you are not a militaria collector per se, so I'm going to guess you're probably not too familiar with the intricacies of the South African Border War in South West Africa during the 1970s and 80s. I don't have the time to delve into the history of such, or all the details of various units, uniforms and equipment, but suffice to say what you have there are very specialized pieces of kit developed for Reconnaissance Units of the SADF (South African Defense Force) and the SWATF (South West African Territorial Force).

In the early 1980s, a Recce operator by the name of Johannes Niemoller developed numerous pieces of kit made from very lightweight nylon. This was to replace the outdated canvas webbing of the previous decades, and as an alternative to the heavier Cordura Pattern 83 items then becoming standard issue with the SADF. Collectors refer to this lightweight nylon kit as Niemoller webbing.

As the 1980s progressed, numerous experimental pieces were developed to suit special requirements, and to attempt to make a more modular system. What you have here are numerous items from one of these programs. The dark brown items are most likely pattern room samples or test pieces, as actual issue Recce kit was olive drab. That camouflage set however, was actually issued in extremely limited numbers.

The camo pattern is that of the South West African Special Forces (SWA Recce), which was a very small unit. For the most part, they used the same uniforms and equipment as the South African Recces. However, this unique pattern was developed and was available as a one-time private purchase for SWA Recce members. Many members didn't even bother buying it, and of those that did, not all of them actually used it. The uniforms were made by Adder, and as you can see here, so was the webbing. Adder was a small front company for one of the larger SA kit manufactures, and was established for plausible deniability. Here in the States, we are familiar with the Adder and Adro commercial made Rhodesian uniforms, two-tone grey DPM uniforms, and some nutria brown webbing. These items are all purely commercial in nature, and gave the company legitimacy as an exporter.

These particular items you have here however, were not commercially available. This modular system was entirely a military contract item. The South Africans had been experimenting with modular webbing systems for some time. In the late 70s, they had a unique canvas Pattern 80 vest with strips of webbing to which various pouches could be attached via ALICE clips. An early 80s version developed for the Pathfinders used more modern nylon and Cordura, and was set up similarly to use ALICE clips. This Adder System tried something different. You can see how the belt and pouches have little holes all over them. These are used to attach pouches via aluminum rivets in any configuration that the operator wants. In this modern age of MOLLE, this seems like an odd way of doing this, but at the time, it was a clever way of tackling the problem. And as you can see with just these few photos, there are endless configurations that can be assembled to suit particular mission requirements.

This is an impressive collection of very rare kit. Especially given the copy of the user’s manual that goes with it! The story of how the original owner acquired this webbing would be most interesting, as this is not the kind of thing that you find at your local surplus store! I acquired my vest through a South African militaria dealer, and my backpack and assorted pouches came direct from the collection of an ex-SWA Recce operator, and was actually used on deployments.

I just realized I could expand the images, and took a closer look at that user manual. That first page looks like an ad out of a magazine, and states the set is available in brown and a "two tone tan" camouflage. I wonder if they tried to market this commercially at the end of hostilities once the SWA Recce version was no longer being used operationally? Must not have sold very well, as I've never heard of this brown version, nor do I know any collectors that own it. I'm curious, does the brown vest have a label in it? I'm even more curious as to what the "two tone" camo pattern is mentioned in the ad! I wonder if any of that is floating around out there...

Thank you for the informative reply, Mike.

I had no idea what this was, so I'm much better informed now. I will see if I can collect some additional backstory on how this came to be here in Alberta.

I have seen no labels on anything, but I'll do a more detailed inventory, and take some additional photos. Perhaps the moderators can move this thread to the South African sub-forum? If not, I'll start a new thread there with the new info and photos. Really appreciate getting this information.
Sponsored content