Find this one, seems to be a M87 garment but i never seen anything in this particular cut 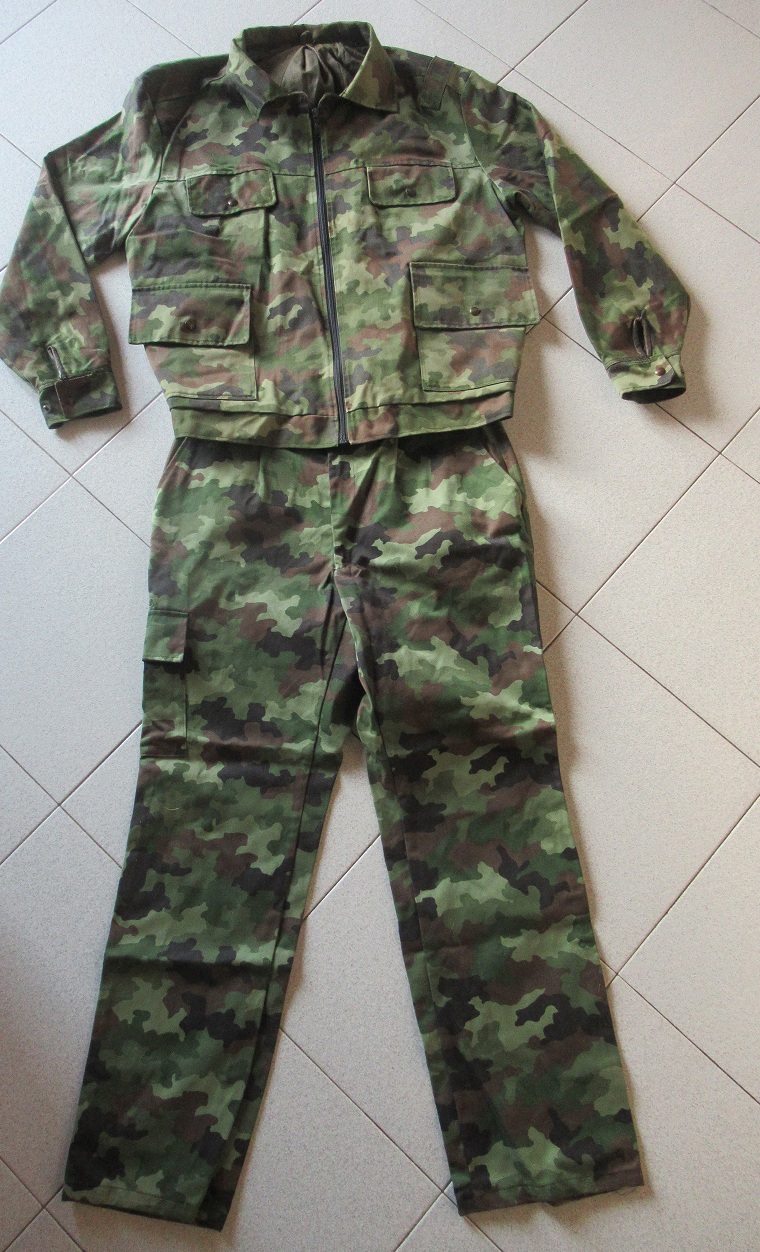 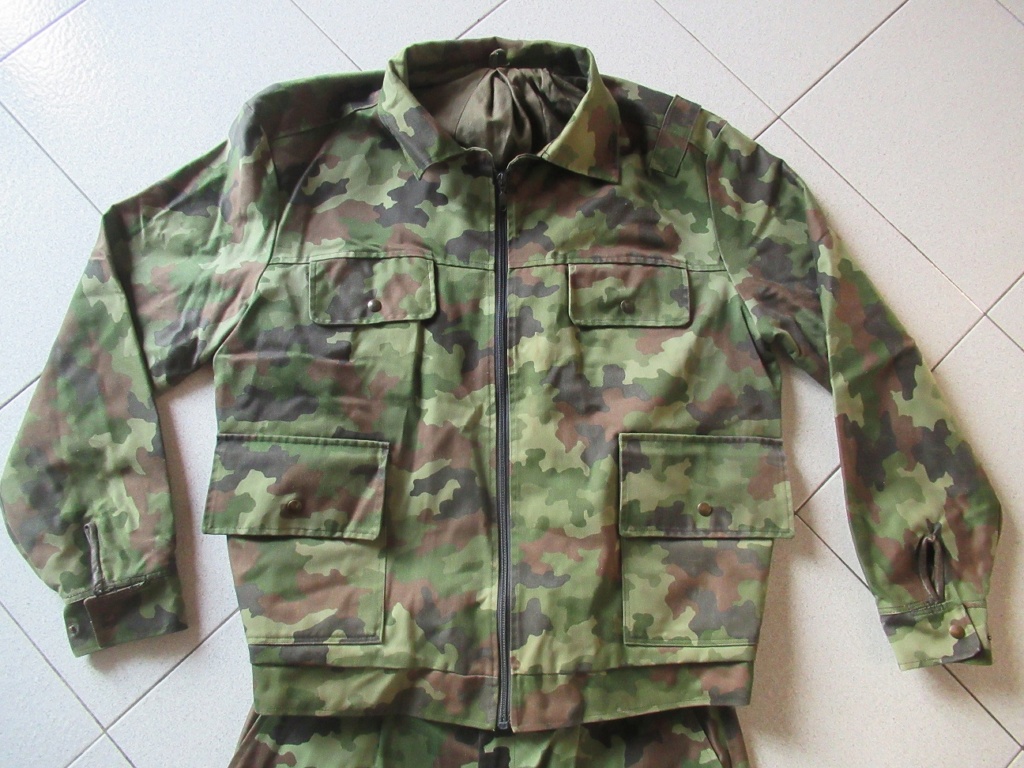 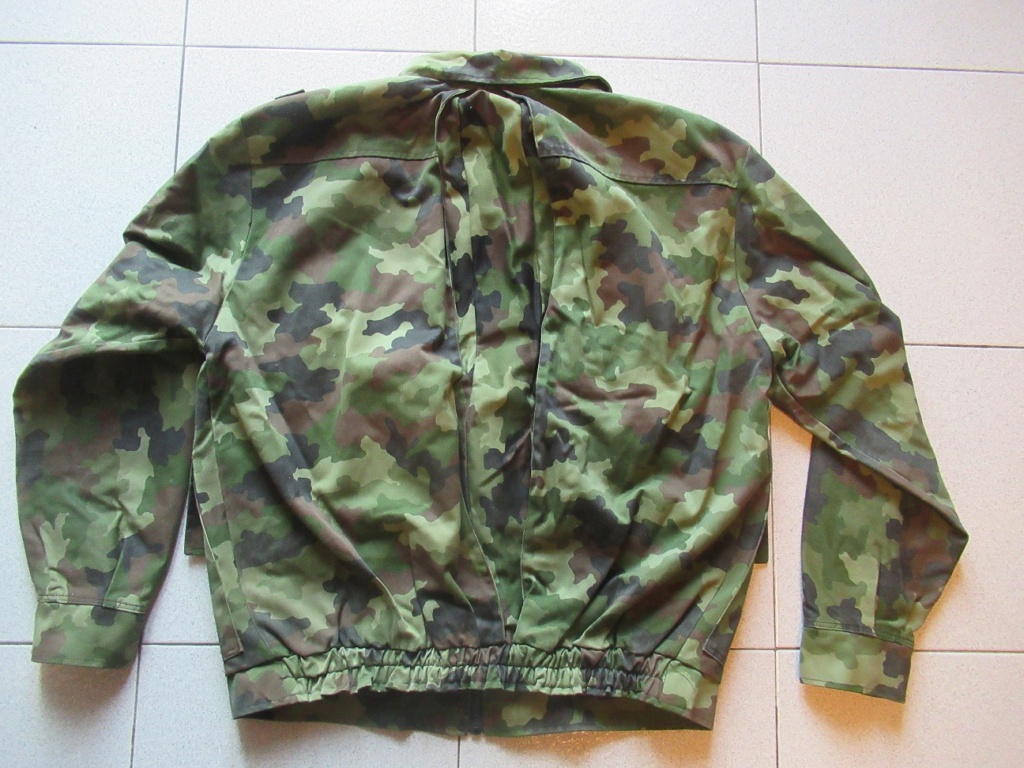 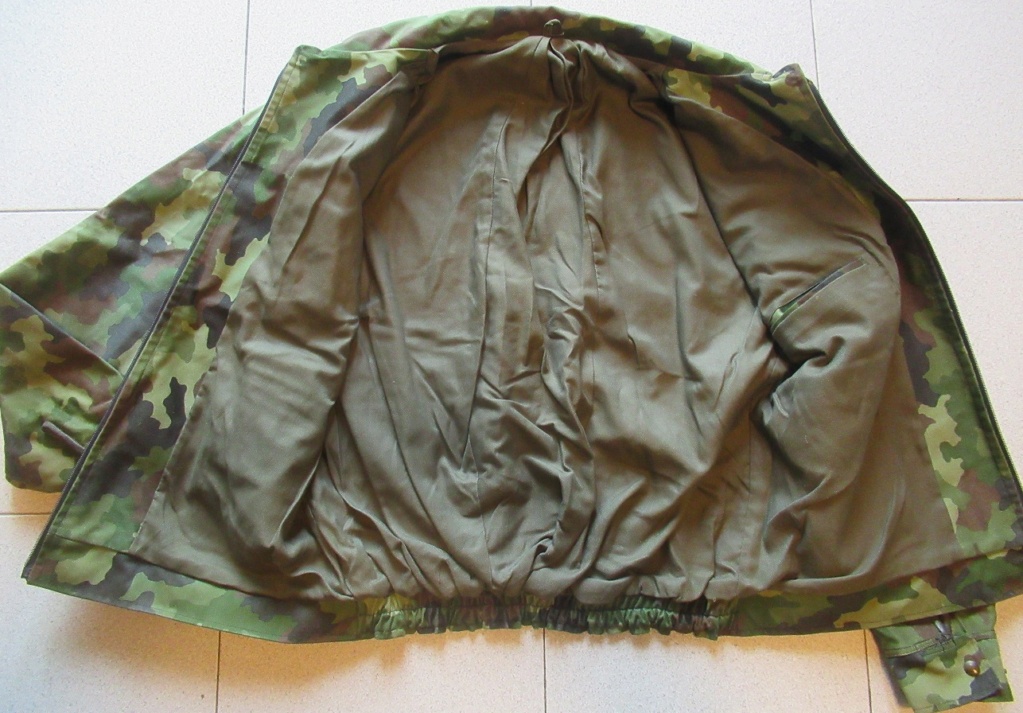 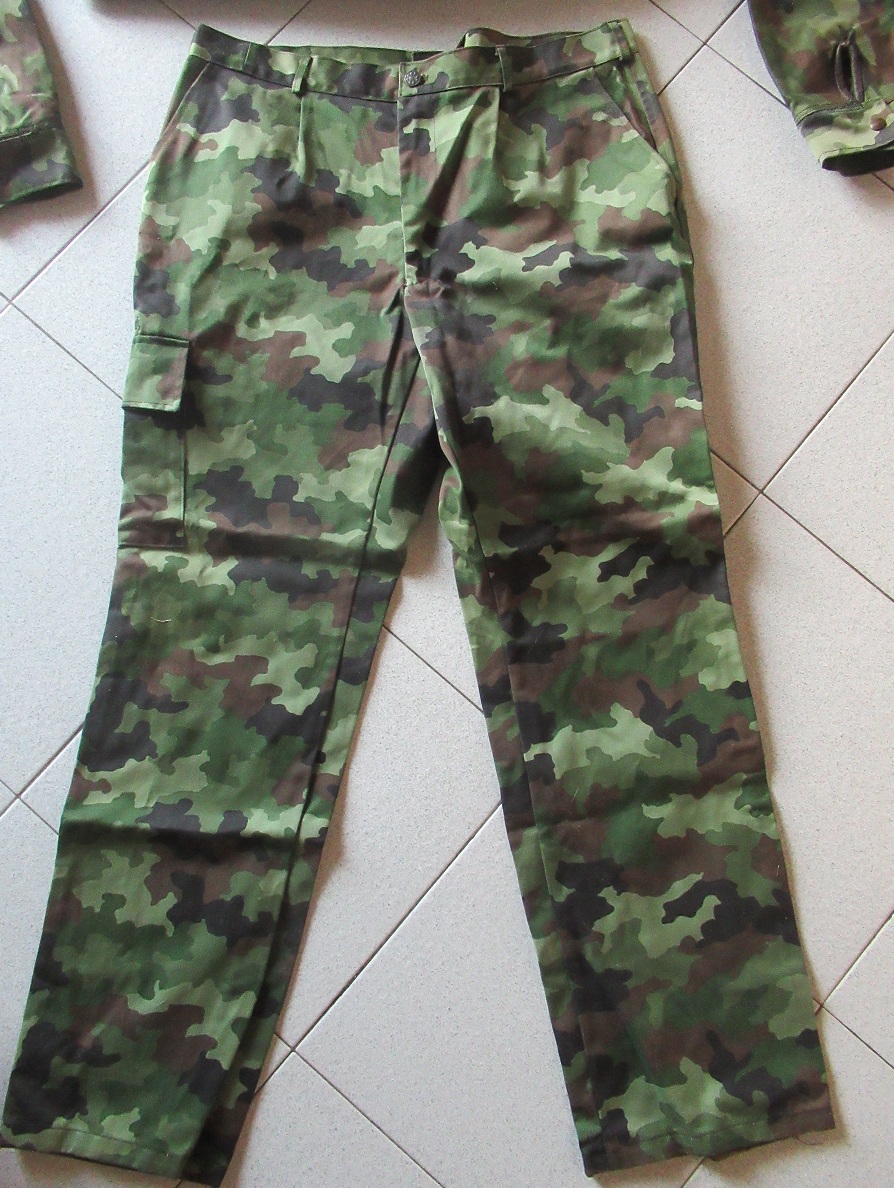 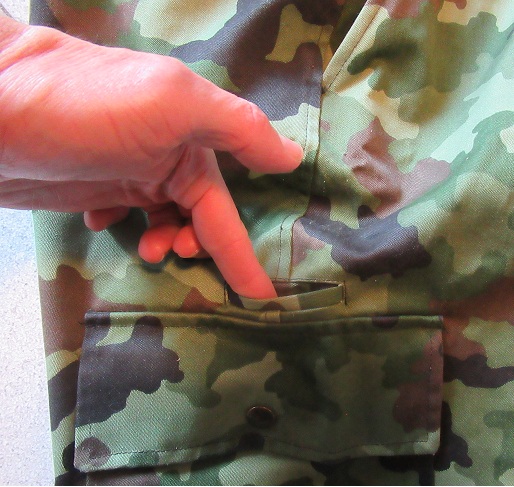 I've never seen anything like it either, but I'm thinking riot police is an option.  Most likely military police because I've never seen Yugoslav civilian police using military colored camo. Purple tigerstripe, blue tigerstripe, and blue puzzle are the only ones I'm familiar with before they shifted to green US type woodland and then digital in Serbian times. Also solid colored uniforms in green, gray, and black are also common.

The strap on the left shoulder is a common feature for securing radio microphone and the pleated back gives the wearer more room to move (raising shield, hitting people, etc.)  The slot above the leg pocket looks like it could be for a club, which is also a common feature for police gear.

The thing that bothers me about this theory is the snap pockets and the metal stud button closing the trouser's fly. The only use of snaps I can think of is on the helicopter set, which is based on the Soviet pattern.  If it weren't for the loop on the shoulder and the slit pocket on the leg I'd say this was a civilian thing.  But those two features are inconsistent with that theory.

Thanks for the info