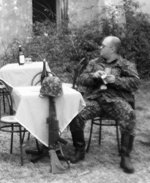 While "surfing" found this strange photo 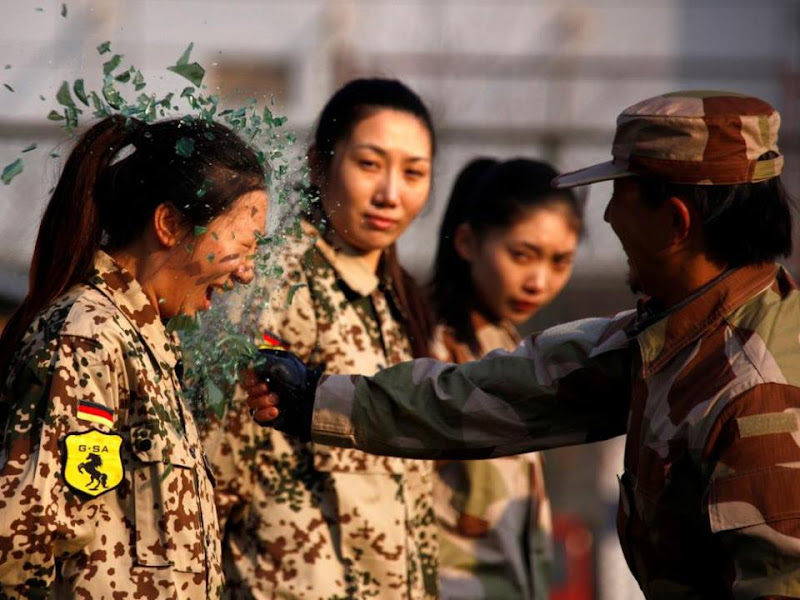 The german wustentarn is probably a chinese clone (or not). The other pattern seems like a mix between norwegian and swedish patterns.

Anyone knows what it is?

Yes, that's a really strange situation depicted there. The Wüstentarn shirts look legit enough in their construction, with pocket position, the matte black snap on buttons + the German desert shirts and jackets has flags on both right and left shoulder.
The girl in the back is wearing either Swedish desert or Norwegian desert, hard to tell as it may be the cut if the uniform creating a more angular or 'splintered' look.
Our asailant with the bottle is definately wearing Norwegian M/2000 deserts or a close copy, as it has the same female Velcro patches on the shoulder as the ripstop version was born with.

I have bought genuine M/2000 sets, both desert and woodland, in China when I was stationed there, and I believe the sets were sown there as well. I have no idea what the people in the photo are doing, but it looks like some weird teambuilding exercise or test, or maybe Italian Ferrari F1-fans are toughing up themselves?

I think I have seen it in TV. This is some ladies security agency training.
Sponsored content