Now here's a weird one, a Hagor made IDF type vest, used by a Dutch soldier, presumably Luchtmobiele Brigade, and almost entirely covered in Dutch DPM fabric.
The longer I look at it the more I see how much time this person put in, to the point of removing pouches entirely to put the fabric below the pouches so cut holes
wouldn't fray when put around all pouches instead.
He also added buckles at the side where the gasmaskbag can be carried, added a Dutch M93 pocketknifepouch to the side of a magazinepouch, replaced and added
some camo strapping here and there, and added 2 Alice clips at the back, more on those in a bit.

At the back there's of course 2 green parts, the top one being because it would originally have a detachable backpack, which is now missing, and the bottom is most
likely because an M93 shovelpouch can be attached to the Alice clips next to it so the green part would be covered too, making that green pocket inaccessible but it's
the regulatory spot to put the shovel on the M93 gear at least. 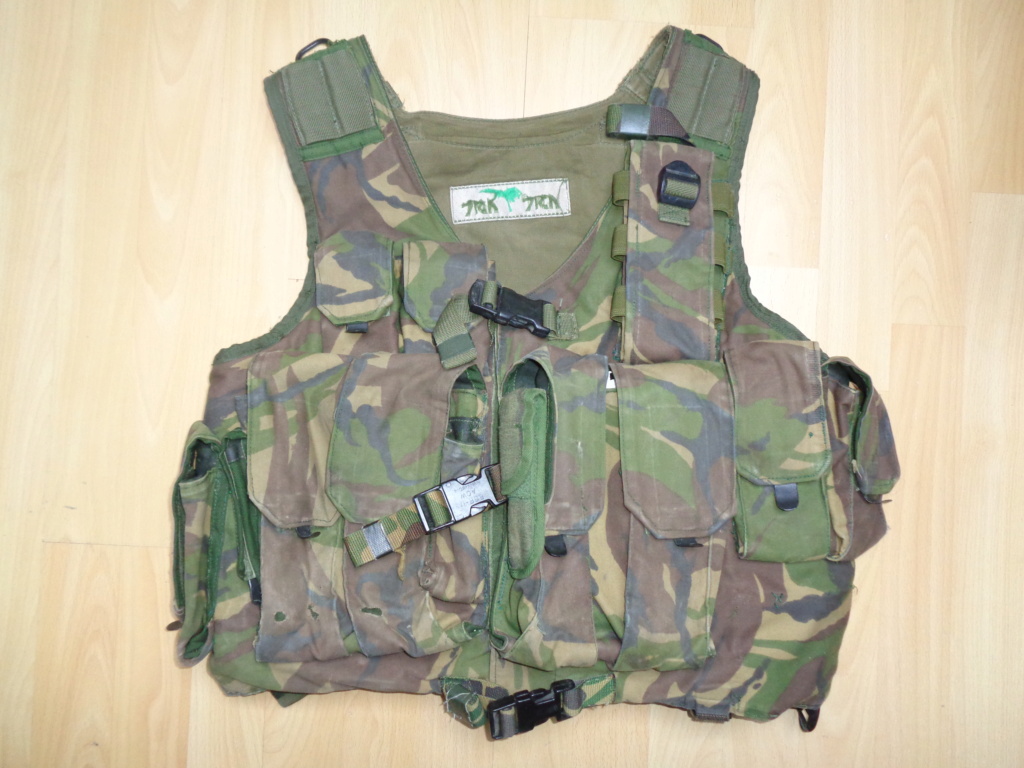 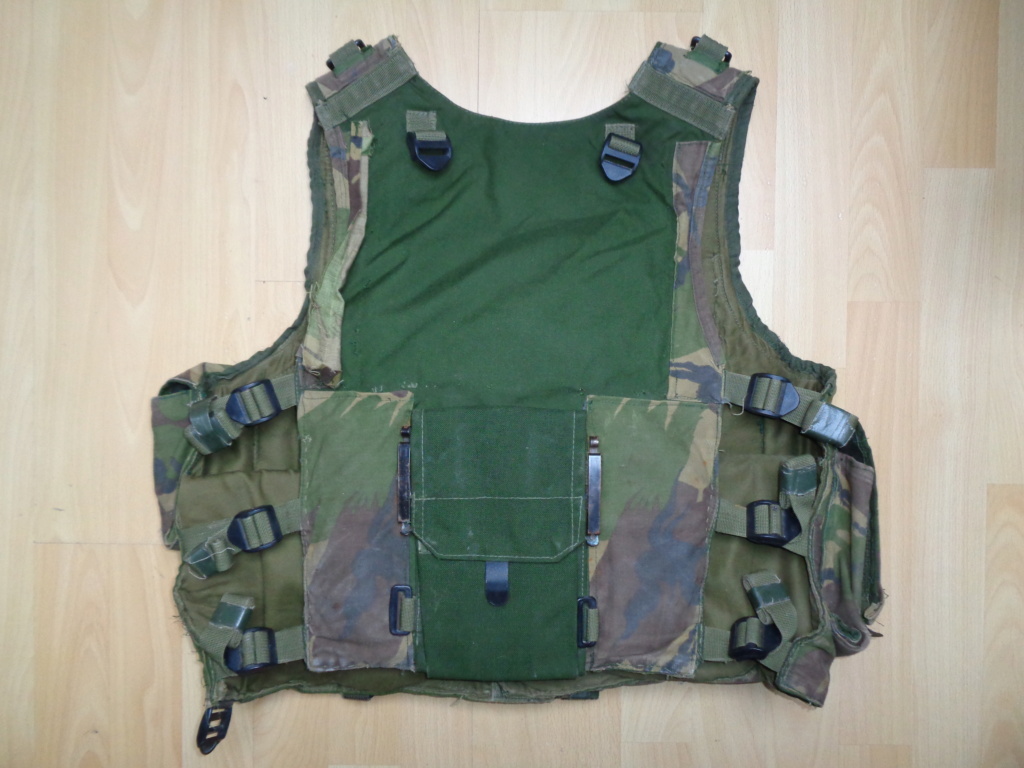 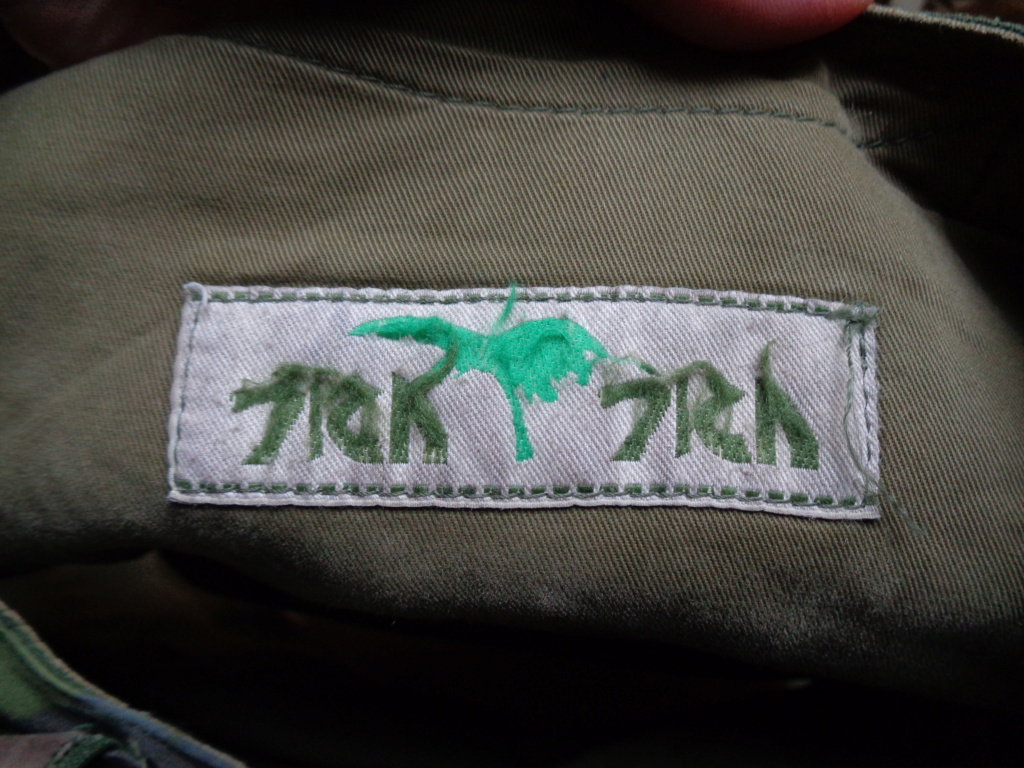 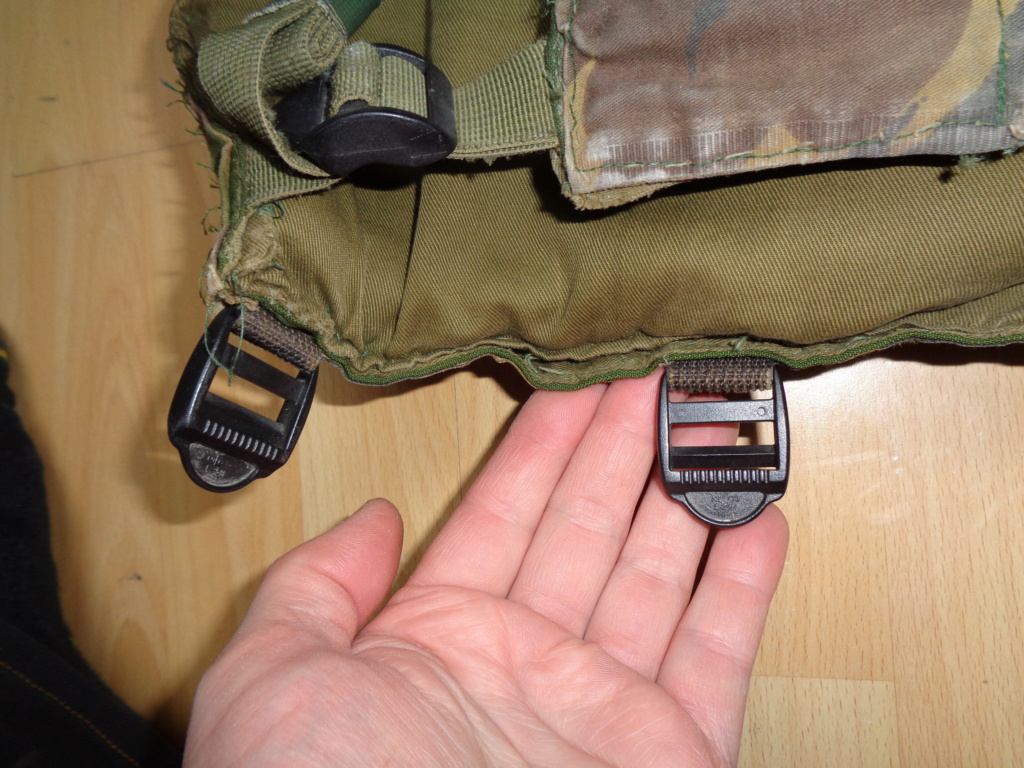 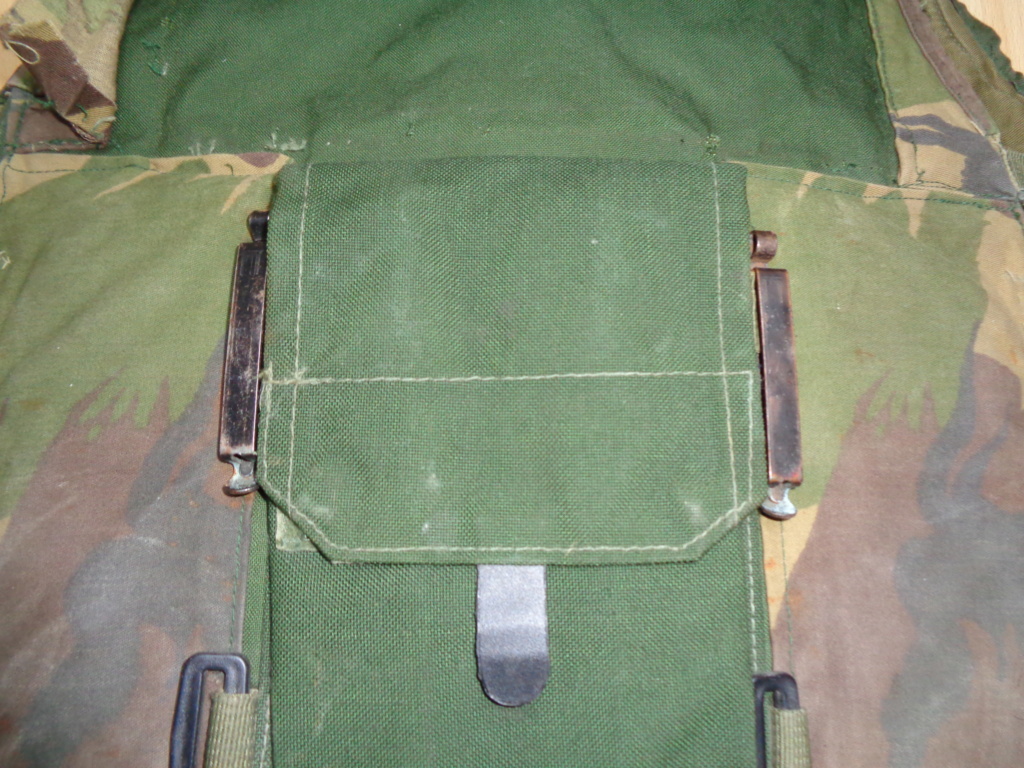 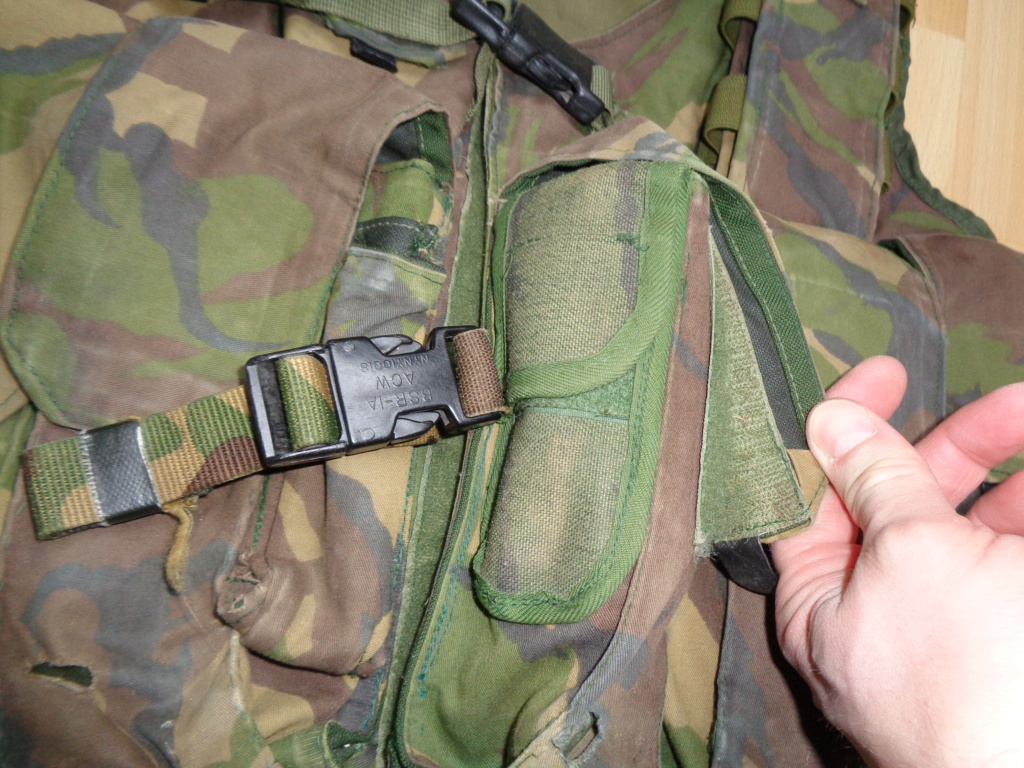 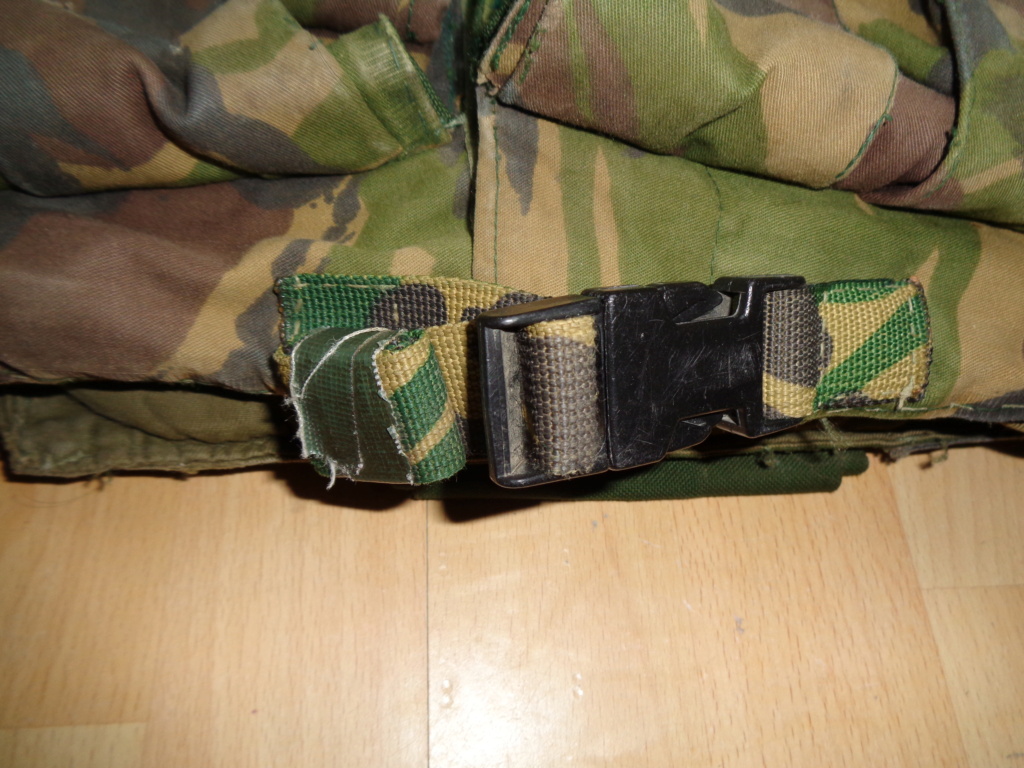 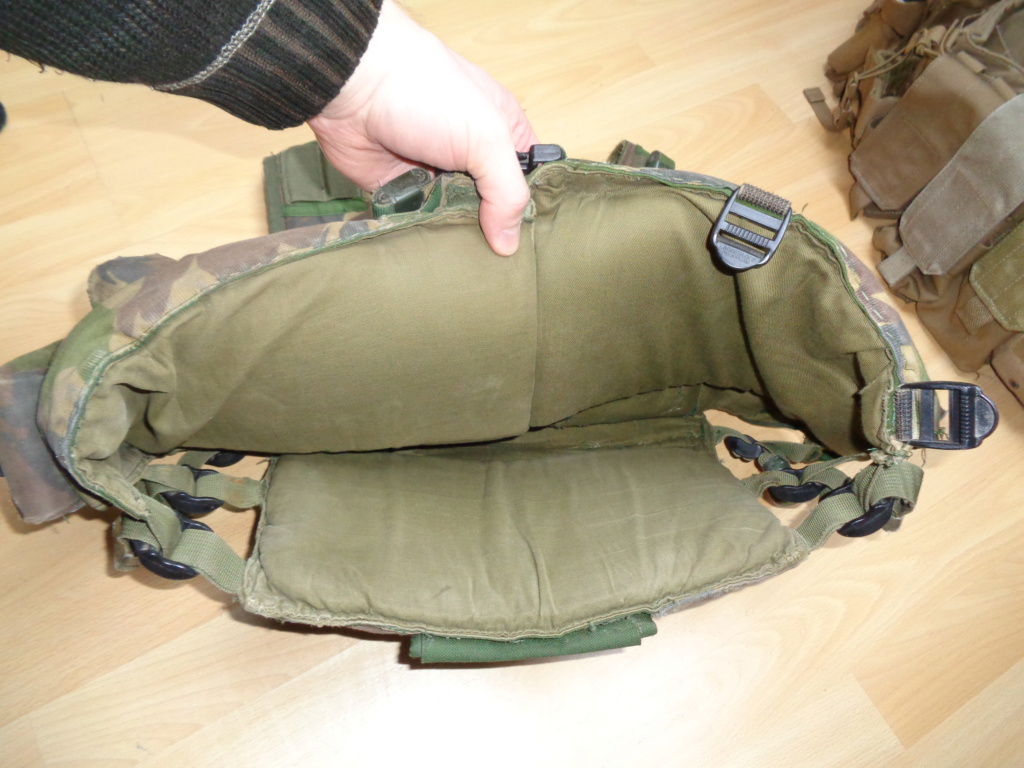 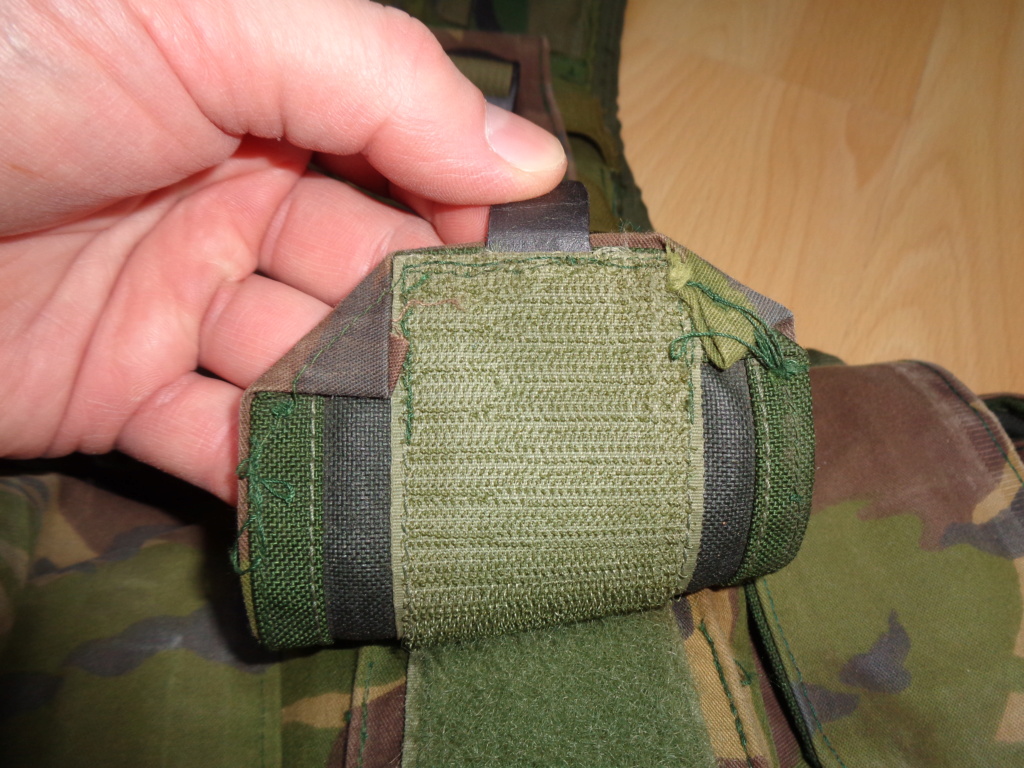 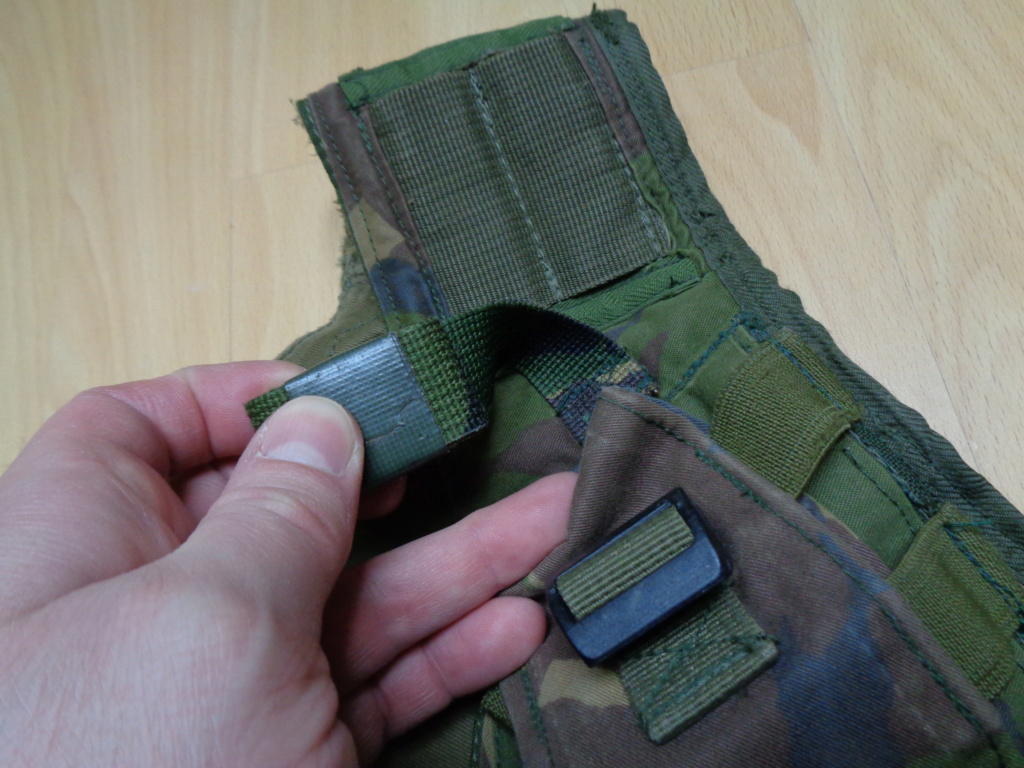 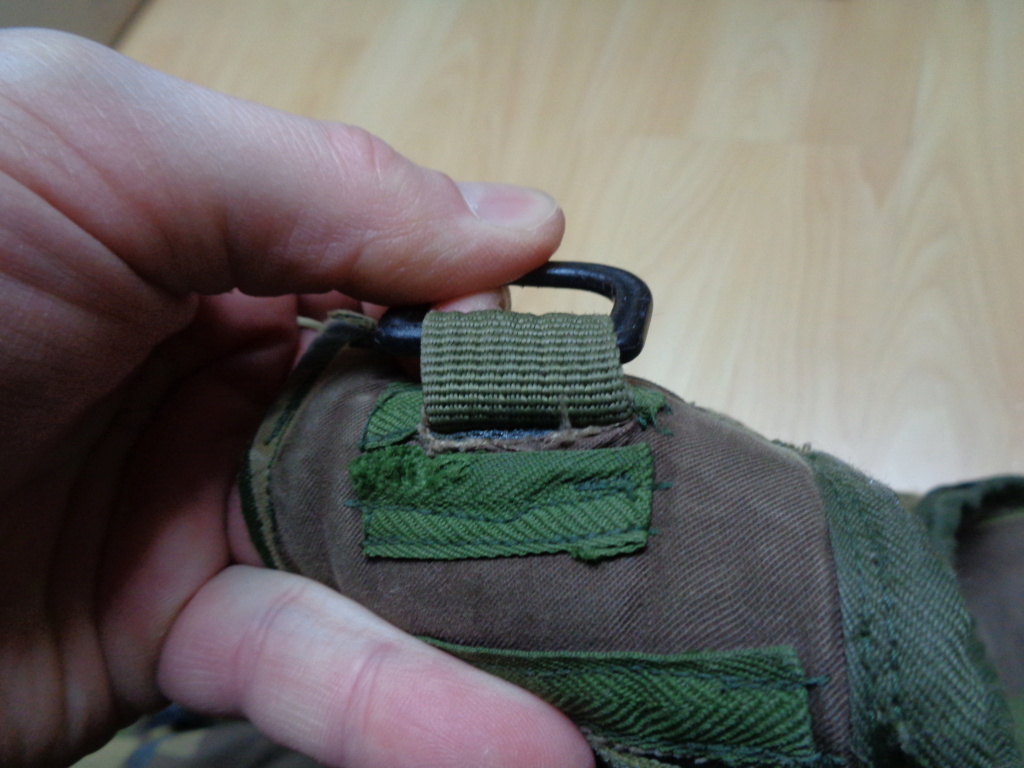 It also came with some free chemlights, a real bargain at just €10 for the vest! 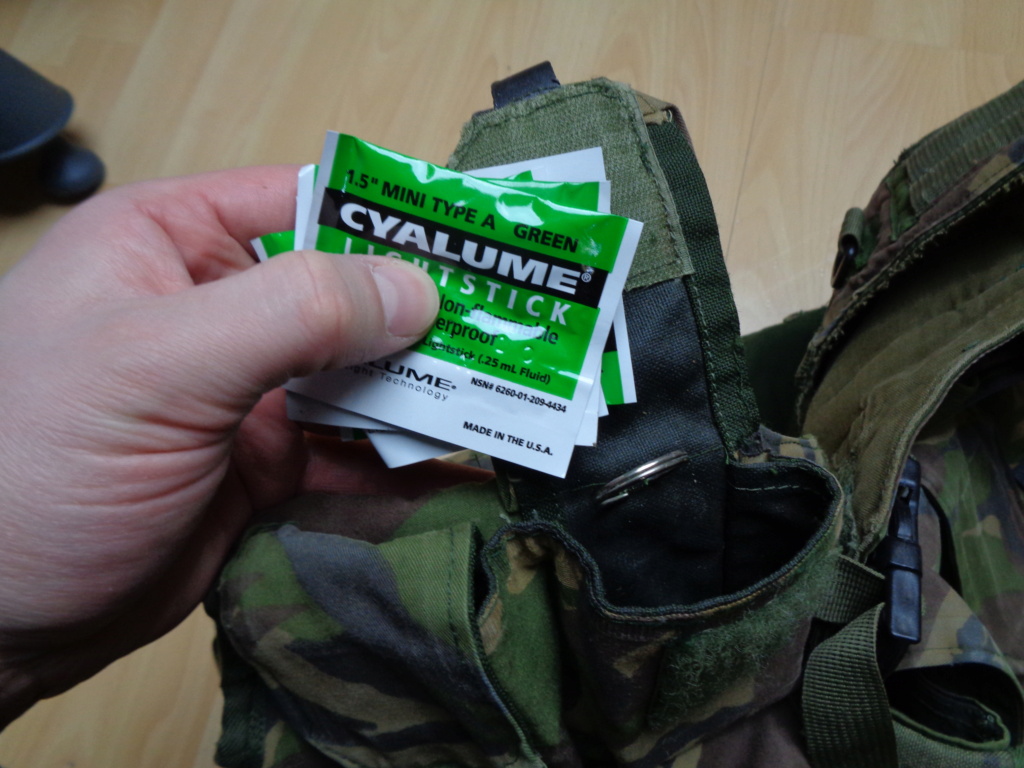 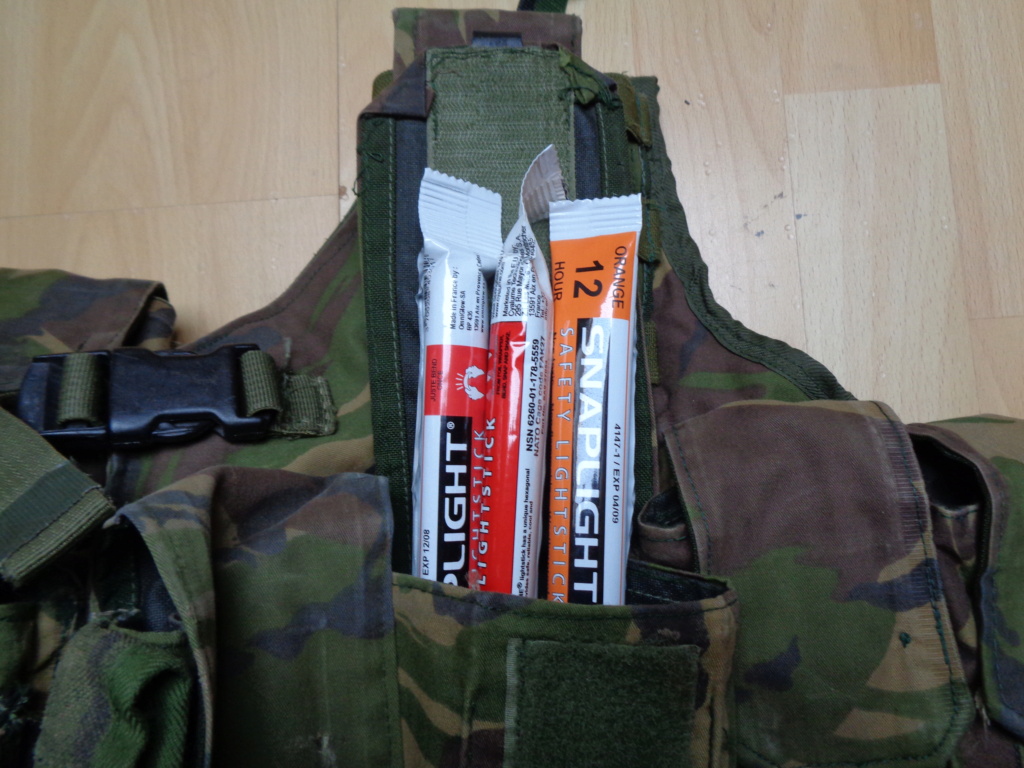 Truly a weird and remarkable piece. Congratulations on another gem!
michelwijnand

Thanks! I'm very happy with it, I just couldn't not buy it, but also somewhat expected it to be one of those too-good-to-be-true kind of deals
Sponsored content

» Not Canadian , Not Israeli , what's this flak vest ?!!
» Brand new CT vest Dutch sf KCT
» Dutch MOLLE Assault Vest
» Dutch Army Desert tricolor tactical vest, did they also make pouches for it?
» What is the origin of this zip?
Current date/time is Thu Dec 08, 2022 12:24 am