Hi. I came across this photo and I'm having a hard time identifying what country these soldiers were from. I searched the internet but couldn't come up with anything. I'm hoping someone here can help me out. Thanks
https://i.servimg.com/u/f15/14/75/53/84/soldie10.jpg
CollectinSteve

It appears to be a picture of various Latvian military personnel from the late 1930s. The uniforms looked Baltic and the collar symbol looks similar to the one used for the Latvian SS units. But the two words on the side of the photo sealed the deal for Latvia. The second part is the name of Latvia's second biggest city.

Knowing what to look for, here's what I found:

I really appreciate your help. At one point I thought they might be Latvian soldiers but I couldn't find that collar patch on internet photos. Didn't realize it was the Latvian SS symbol. Thanks for sharing your knowledge.
CollectinSteve

Glad to help. No, it is a symbol that pre-dated the occupation of Latvia by the Soviets, so it obviously was before the Waffen-SS. Instead the SS symbols were based on existing national/ethnic symbols as a means of drawing in volunteers. Since I was already familiar with the SS symbol the "reverse engineering" was simple

Here are symbols of the two Latvian divisions of the Waffen SS: 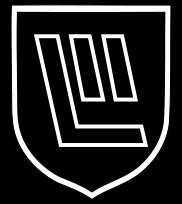 Both images were found on Wikipedia.

Since my photo would have been taken before the Soviet occupation of Latvia, I guess it is from the late 1930's like you said but before 1939. It's not the Waffen-SS patch on the collar. Thanks again for helping me out and for the photos.
fez