This is one of the rarest uniforms in my collection. It is a Ethiopian camo uniform in the Korean noodle or sea-wave pattern. This was reportedly captured in Rhodesia in the late 1970's. Some people have said that this pattern was not invented until the 1980's time period, but there are examples of this pattern with dates of 1976. Whatever the case, this uniform has seen better days. It has numerous bullet holes and shrapnel holes. Notice the hammer and sickle on the collar tabs. 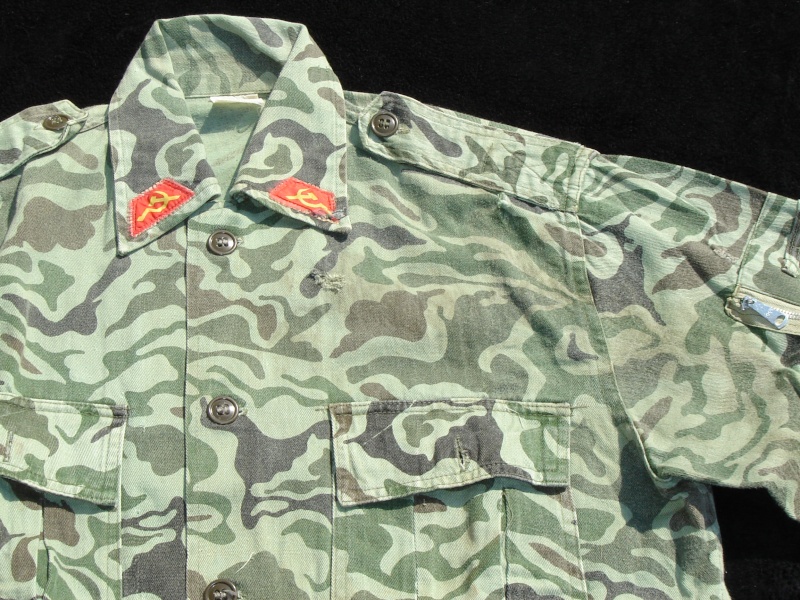 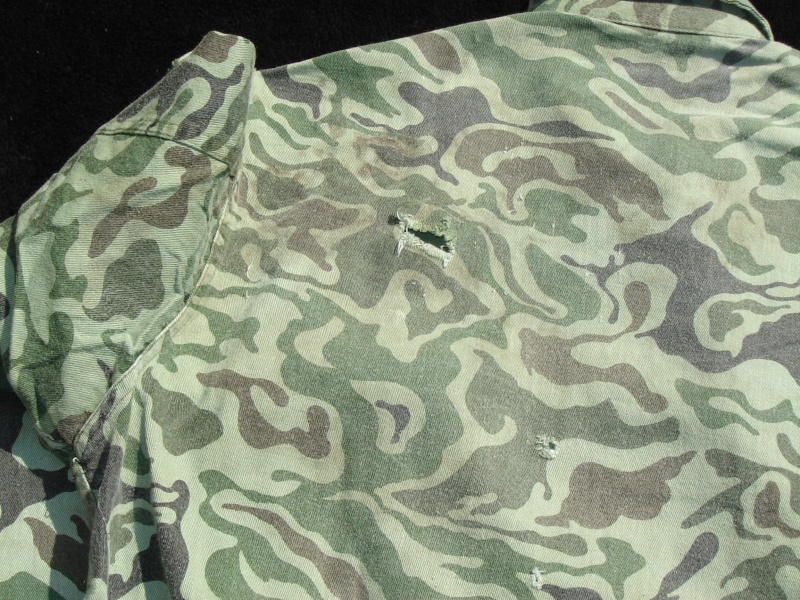 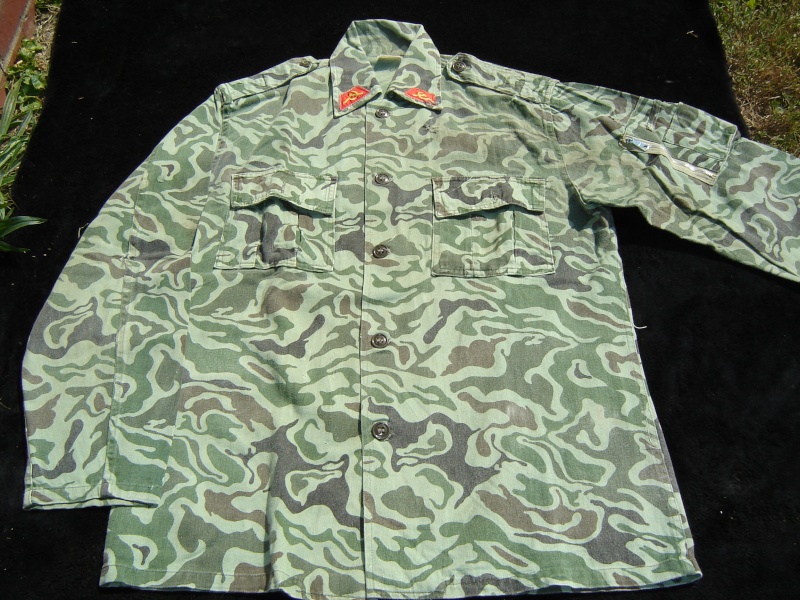 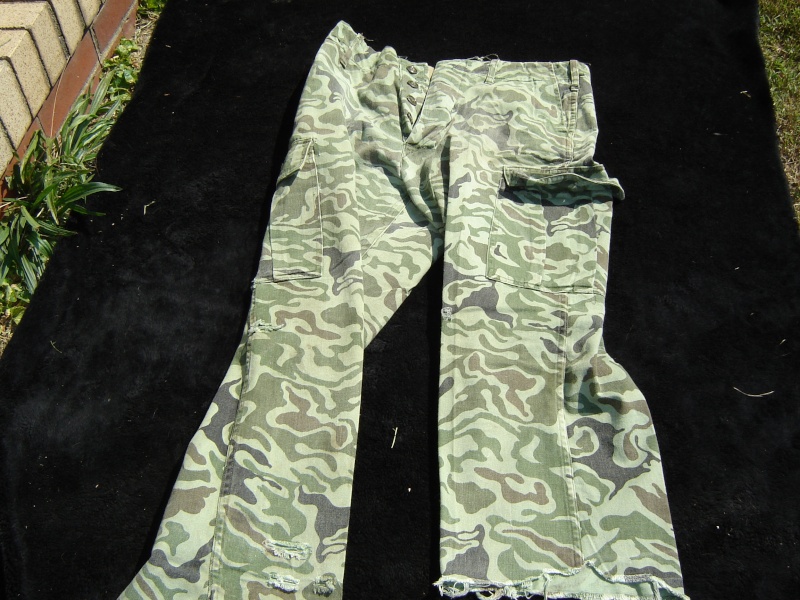 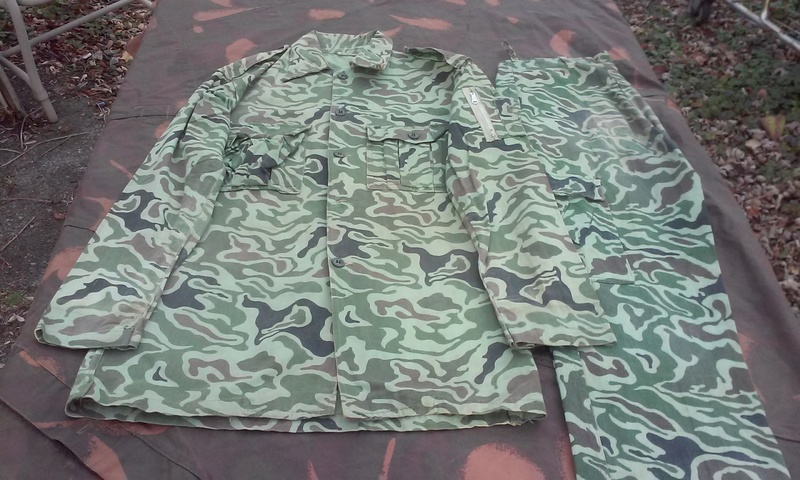 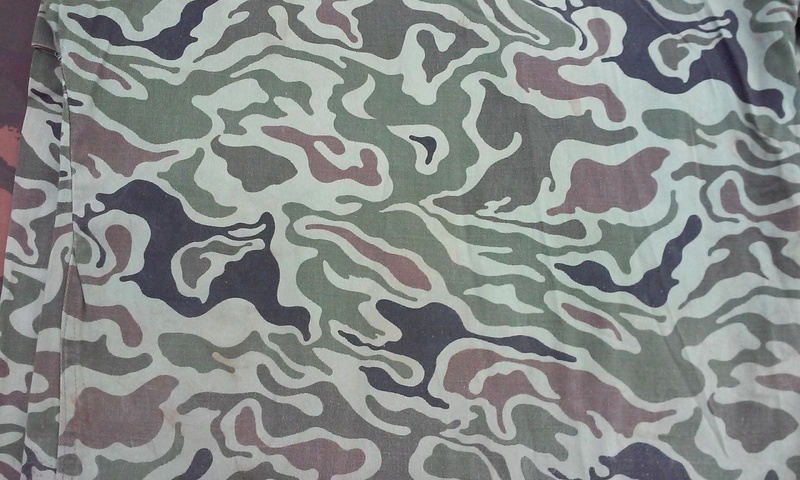 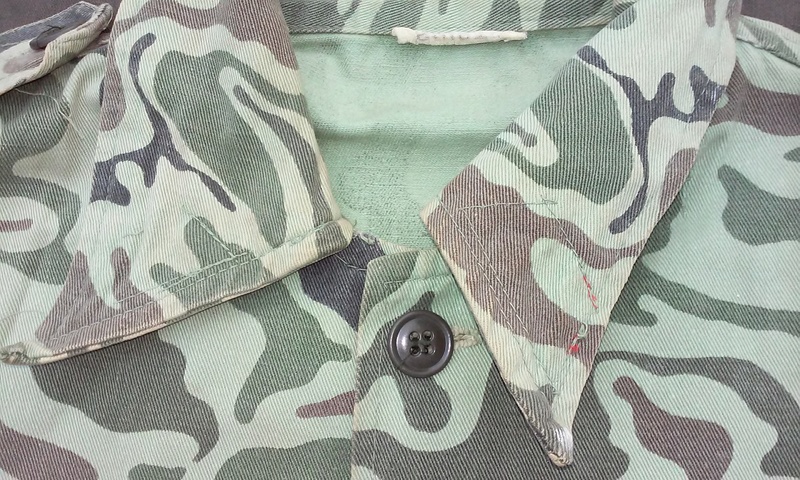 Wow!  Your set is only the second one I have ever seen.
_________________
Always looking for Central American militaria 1965 to 1991. Especially items relating to Coronel Velasquez El Salvador Armed Forces
TennoHeikaNate

Here's one I bought off a buddy who got two from South Africa, this one has some nasty holes in the left chest area and the hammer and sickle collar tabs were cut off but the red thread is still present. 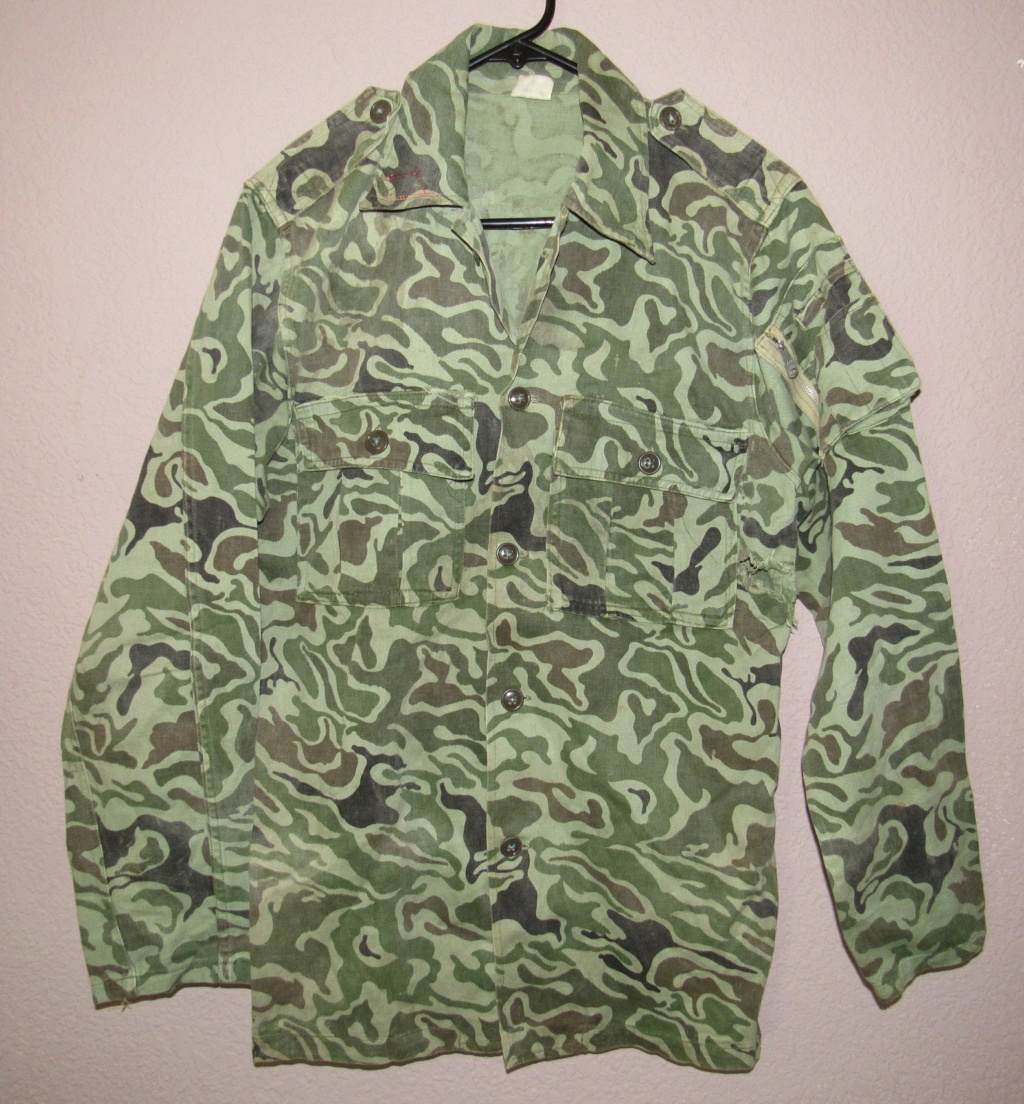 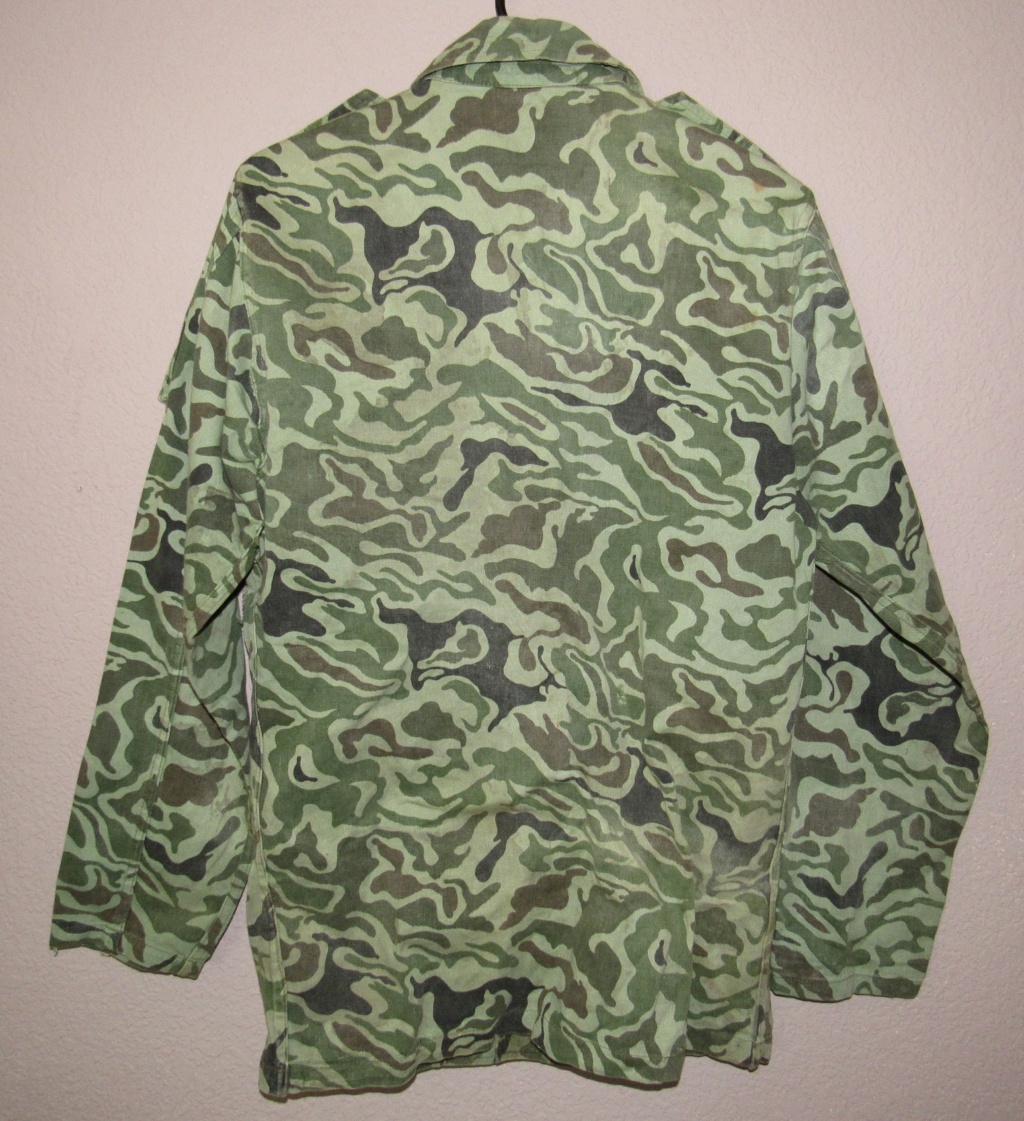 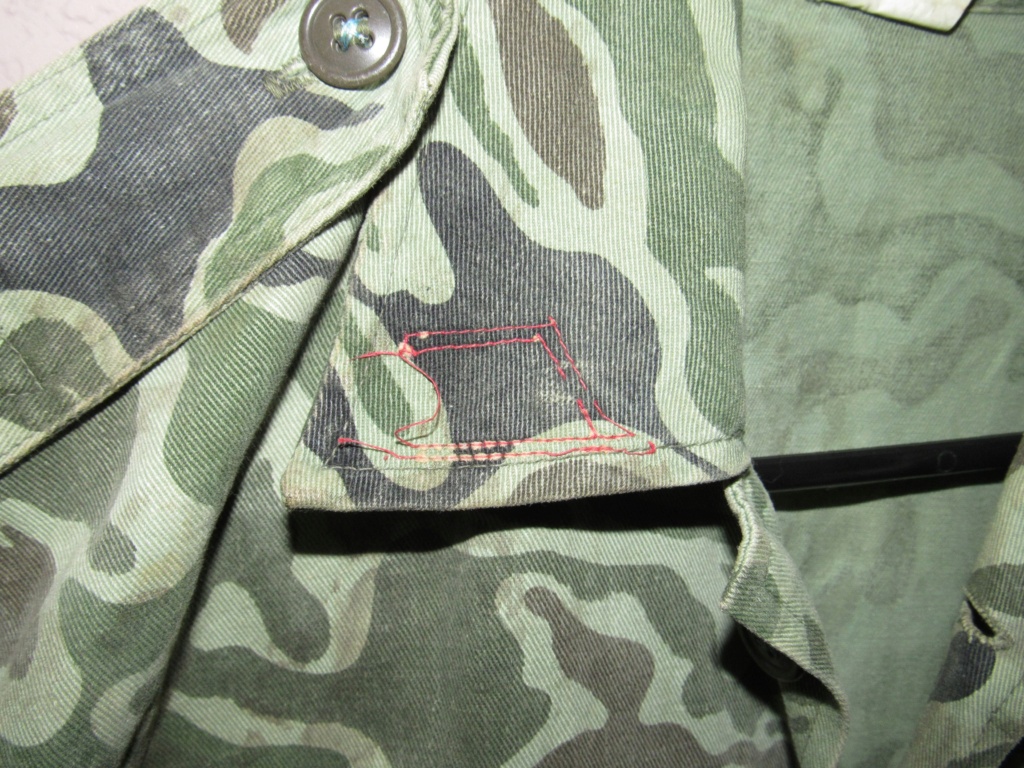 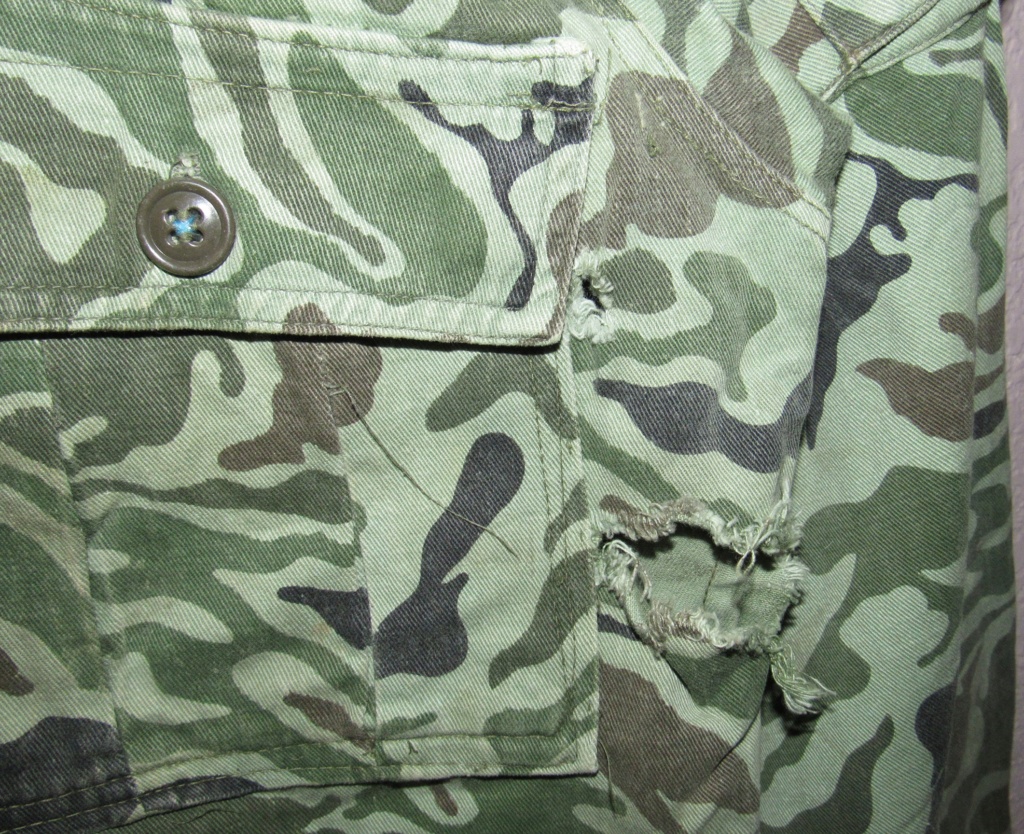 And some reference pics. I searched for a good while but surviving photos are about just as hard to find as the actual uniforms. 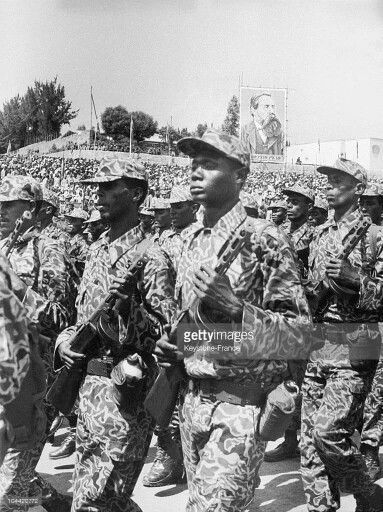 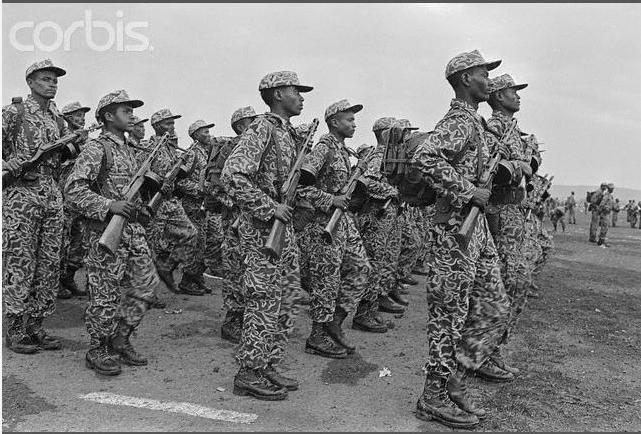 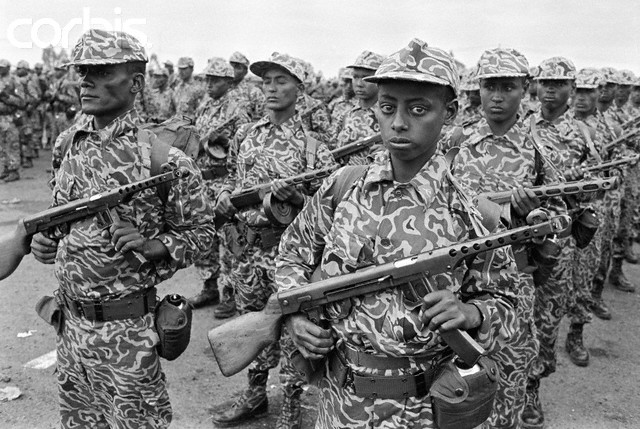 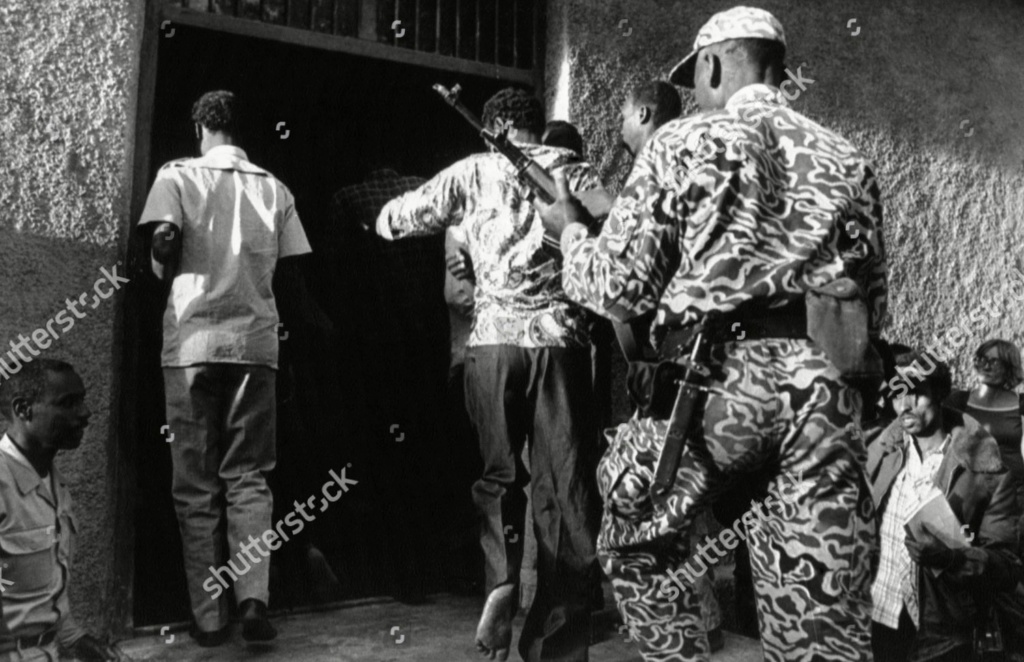