Hello all... not sure about all of you, but I know for the majority of us, it's wintertime and many of us are going to be experiencing snow at some point or another. As such, I thought it'd be neat to start a thread to discuss and share snow camouflage from various countries around the world. 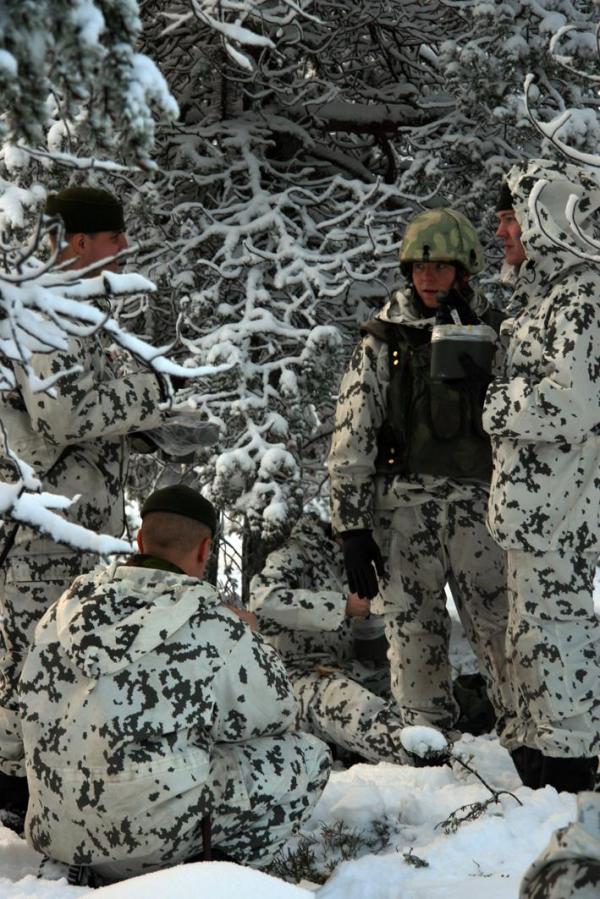 It's such a great pattern... it's so effective at breaking up the outline. I had to recount to make sure there were only 5 soldiers (6 if you count the elbow of the one in the corner) in the above photo! I would love to get my hands on a set of this stuff, even if it was a copy, just for the pattern!

The Finns have also come up with a pattern to wear when there's a dusting of snow in the area of operations, but not enough to warrant the full white & gray suit. Again, this looks to be quite an effective pattern for its intended environment.

Then there's the classic German "Schneetarn" white & green/reversible to all white snow camouflage uniform. I've actually got a set of these on the way!

In my research of snow camouflage, I also found that the Russians have come up with another pattern for use in the snow. It's very similar to the German pattern, but the blobs are smaller. I don't have much information on it, though.

If anyone else knows any other patterns, or even has their own to share, please add them to the discussion! I know they're out there!

Great idea,for a thread...heres a few of my favourite Snow camo pics 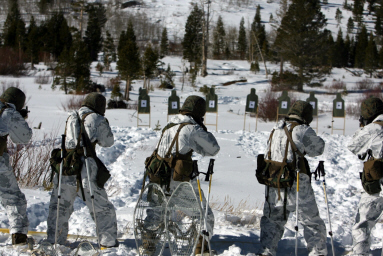 And another,I have no idea what nation these guy's represent,the Pinks in the suit is unusual 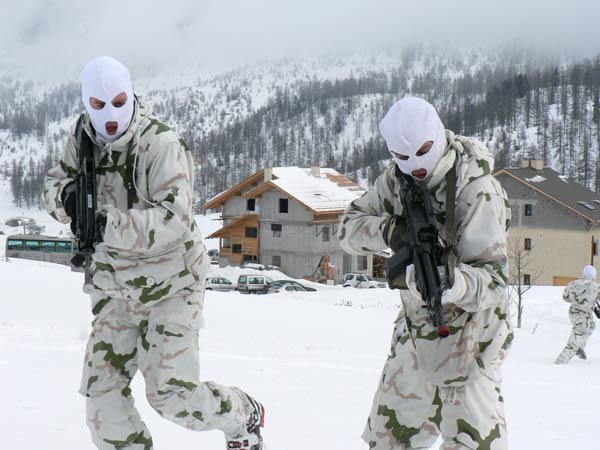 Another showing US troops in the Battle of the Bulge,wearing British supplied Snow suits... 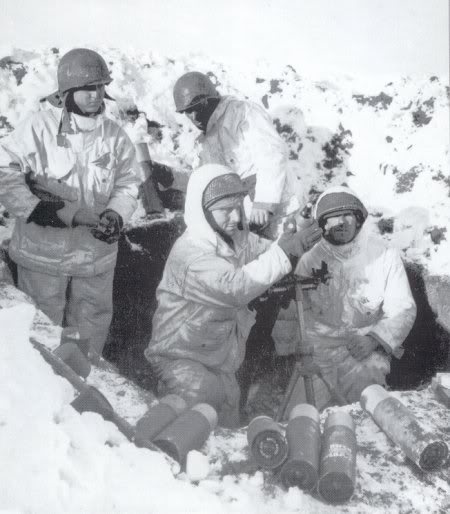 Easy Gee wrote:I have no idea what nation these guy's represent

Easy Gee wrote:I have no idea what nation these guy's represent

Here's a pic,of my Belgian Shepard, showing how un-camoflagued she is in the snow.... 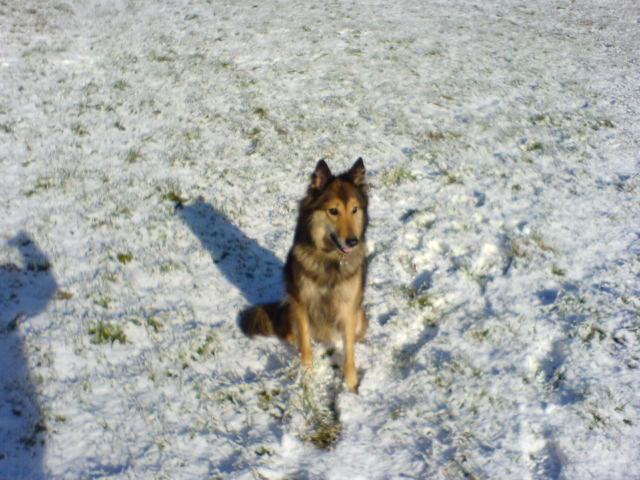 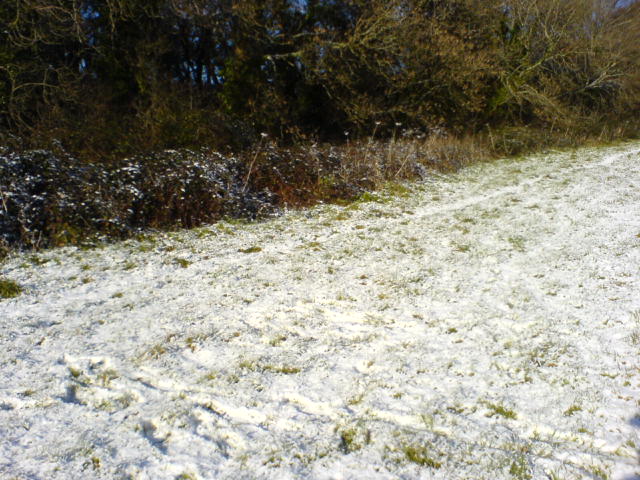 Sorry Ben for my slighty off topic,and sense of Humour

That's what you call snow? 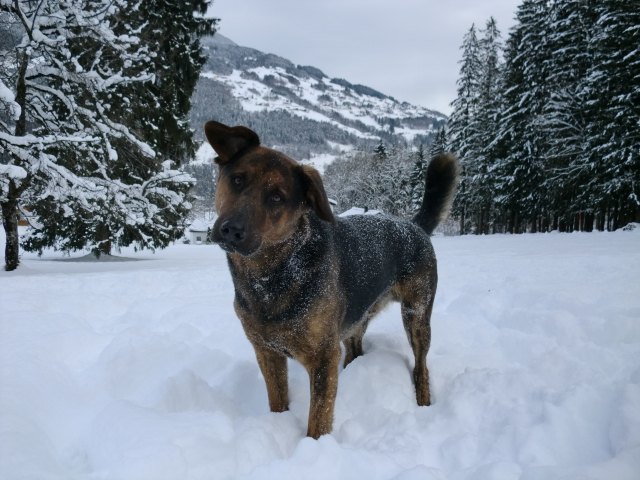 Philip wrote:That's what you call snow?

Point taken Philip,It only snowed heavily for one day, and where I am snow is Rare 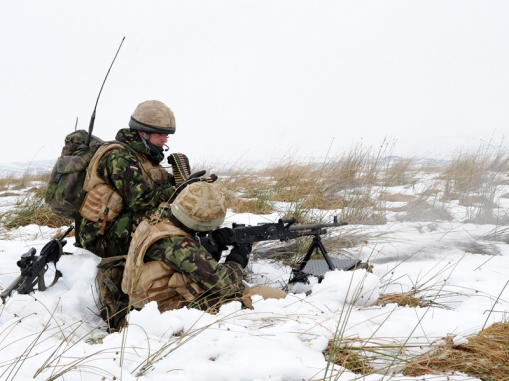 Ordinarily, the last place you would expect to wear desert camo. However, believe it or not, Brit desert DPM is a good match for the dead stalks of winter grass.
Easy Gee 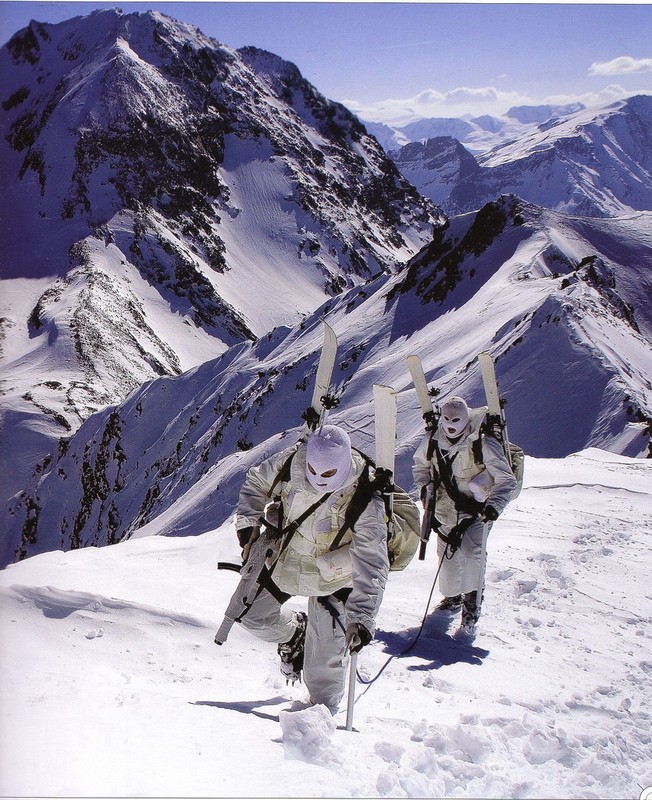 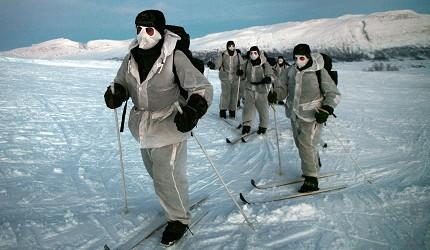 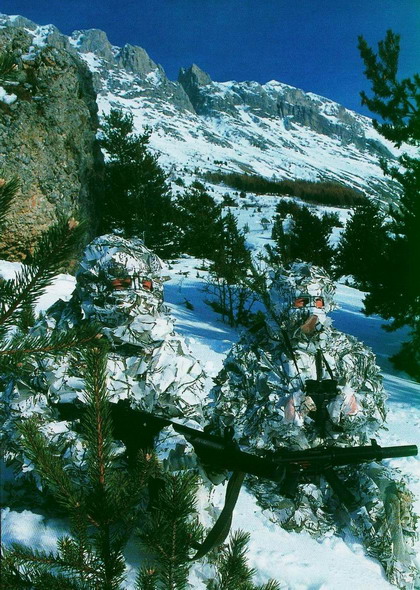 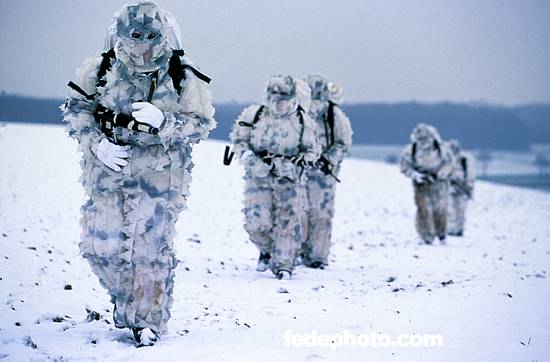 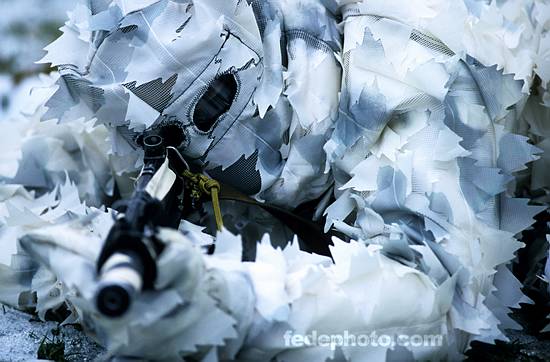 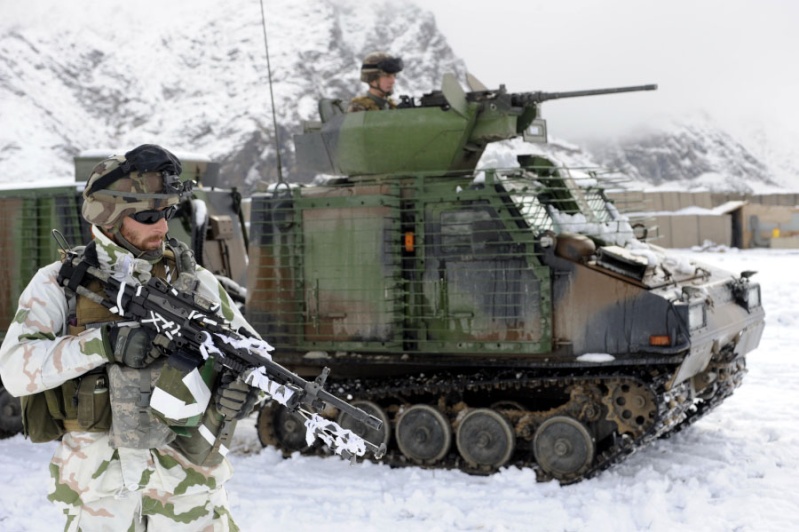 Philip wrote:That's what you call snow?

Not all of us are fortunate enough to live in the beautiful mountains of Austria!

And Gary -- I fully understand...my dog sticks out in the snow as well, but disappears when she ventures into the brush at the edge of the yard.

Camo_fiend wrote:And Gary -- I fully understand...my dog sticks out in the snow as well, but disappears when she ventures into the brush at the edge of the yard.

It's a good job you understand my sense of humour.

And,I promise to stick to the topic this time....