tim Page at his finest . 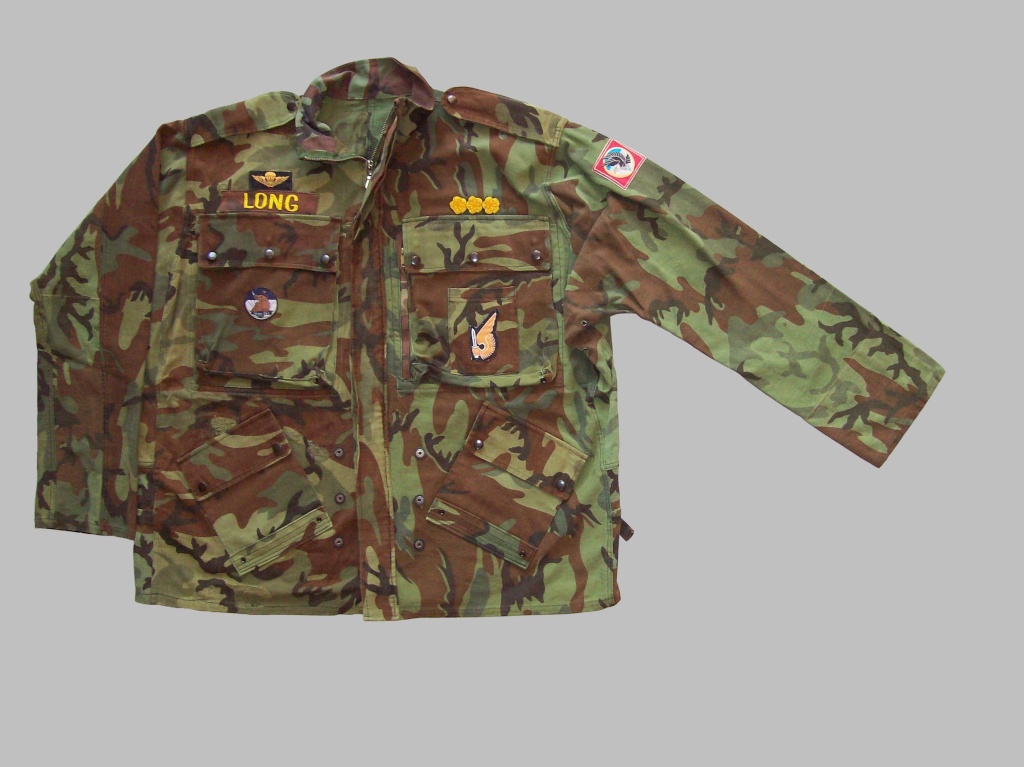 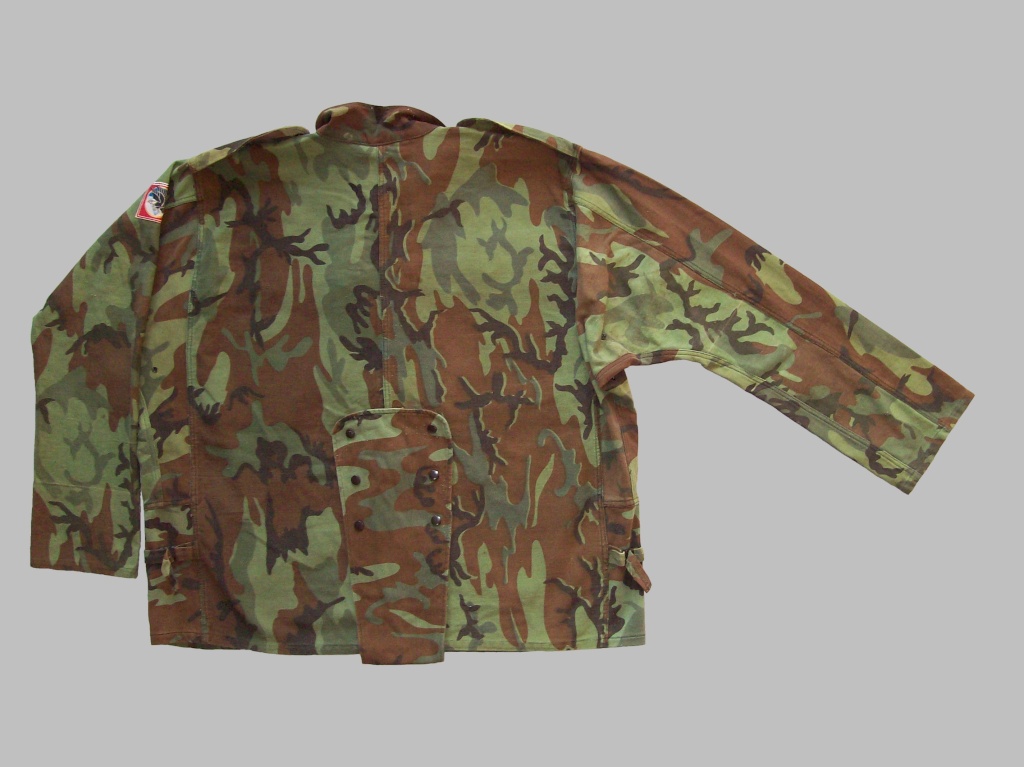 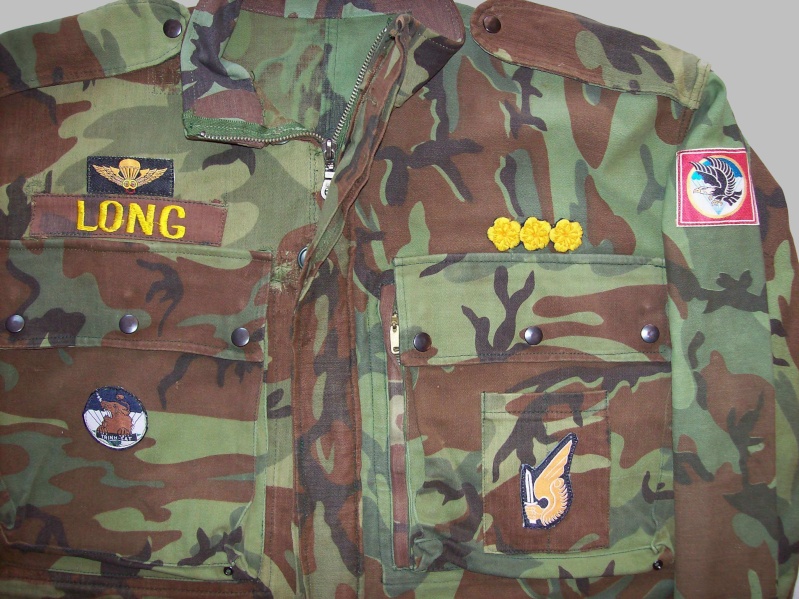 Patches are all copy and was added by a previous owner 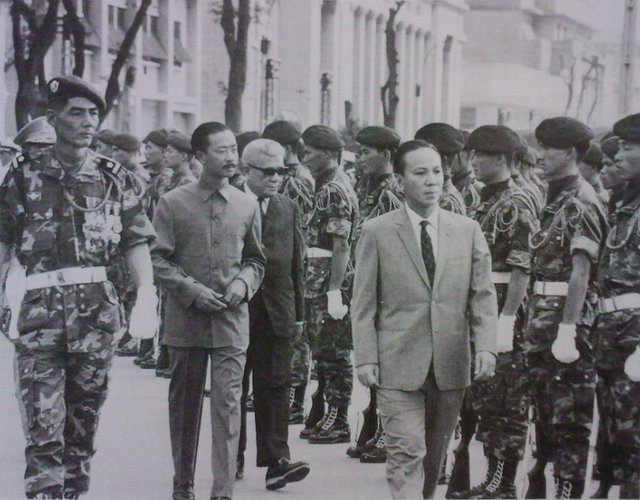 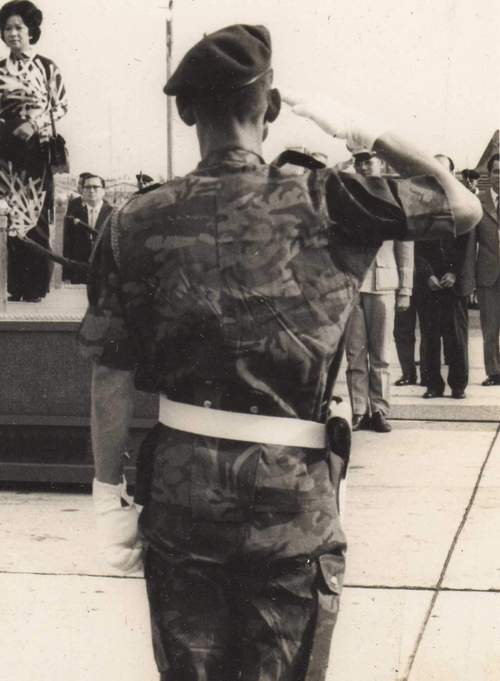 I feel this is repo .

What makes you say that?

Too many fine details and too obscure a subject for someone to spend that much time emulating I think.
vonstuck

kammo-man wrote:I feel this is repo .

It is that I have think in first, before have the jacket in my hand
Also the guy who have sell to me this jacket is a good person
Generaly, he say when it is a copy
Gilles
kammo-man

Sorry mate but its modern made , the name tape for example is typically made in Nam today and is freely found in the military market.
Rank is sewn on wrong place , Airborne wing is wrong for this unit .
The main zip also is a dead give away and not 1960s Viet , I could go on and on ,.
Dont forget in the early 1990s lots of these came out of vietnam in many different patterns including ARVN Airborne pattern, this is one of that batch.
sorry to be the bearer of the bad news , but if you bought it as repo it would be a different story.
owen
escammo

This is the most frustrating part of collecting. I do not know much about early Asian camo but, I spent a lot of time and money collecting Soviet and Eastern block uniforms before I gained the expertise to know what the real camo uniforms really looked like.

I began posting uniforms on this site along with markings and descriptions, not for bragging rights, but to help fellow collectors in their pursuit of identifying and obtaining genuine uniforms. This information may have increased the novices ability to identify uniforms and possibly increased the prices for these items (example: Russian KKO uniforms)in the marketplace but, overall I think it is good for our hobby.

We all have finite resources to build our collections. We need all the help we can get to avoid buying fakes and reproductions.

I commend the work of Gilles, aka vonstuck and Henrik Clausen's former website (before he took his website down) because they have/had sites that show/showed images of uniforms, markings and labels that have helped collectors make informed decisions on what genuine uniforms they should invest their resources on.

I think that the advanced collectors on this site have a duty to provide as much information about their expertise as possible in order to guide others - before they spend hard earned dollars - on uniforms.

Knowledge is power - especially when you share that knowledge with others. There are a few collectors out there with large collections , on other forums, who are extremely miserly with knowledge that they have gained. A willingness to share such information has helped IACMC become such an influential site for collectors.

So please share your collections on IACMC - with labels, stamps and descriptions. It is the right thing to do for the hobby.
kammo-man

I have been selfless in my Vietnam knowledge here and USMF ..........
please check out my extensive camouflage threads ....
my 30 years of collecting Vietnam is well shown and this jacket is a fake .

Please do not take offense to my post. This is nothing personal, just a general comment. I am mostly "barking at the moon". It is frustrating to learn an item you bought and are excited about may be a reproduction. I just wish it was easier to find information on an item before committing to buy.

I now get your point , only thing with Vietnam is the high level of faking involved , its second only to German WW2 in the money and level of fakes.
When these smocks hit like I already said they were being made in patterns that had NO business being in the cut , ........however in NAM one could walk into a tailor shop and have anything made to measure , saddly this jacket is not one of those pieces .
Its just all wrong ..from the zips to the emblishments .
If it was under $50 then all good ...but if its the one I seen it was around $300 ish , clearly not good for a fantasy piece , even if it is backed up by a period picture.
Let me just add if this was real it would look very different indeed and it would be worth several thousand USD .
owen
koalorka

Do you have any images of real examples you could share?
kammo-man

Yes I do but I am keeping original images for my Vietnam camouflage book.
owen
koalorka

Oh when it hits I will be sharing more than love .

What's the ETA on it?

It changes as more stuff keeps coming out of the woodwork and its keeps getting bigger.

Hello
I have wrote that all patches are copy
I have not doubt about this jacket because the remnant material is good
For this one, I think it is a copy
Notice that the tape name is the same on the two
Gilles 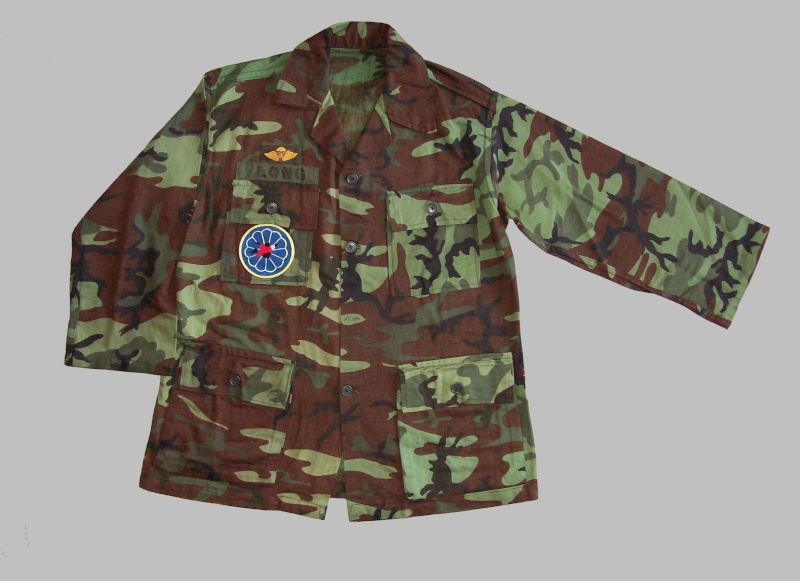 Your pictures are crap , please post close ups as well as the control stamp , this one looks better that the repo 53 .

So are you saying due to the patches they both are fake ?

1. I don't usually take sides but I'll put my money on Owen anyday. With the association and combined resources of the likes of Paul Miraldi, Bob Chatt, Spike etc. what they as a collective don't know about Vietnam militaria probably isn't worth knowing ...

kammo-man wrote:
When these smocks hit like I already said they were being made in patterns that had NO business being in the cut
owen

I can attest to that ... a few years ago a TAP 47/53 set came up on EBay done in, of all things, Hungarian camo! It was touted as some super rare French pattern ... can't remember if it sold for the exhorbitant asking price.

Two years ago I almost made the same mistake. Bid (and won) an OD TAP 47/53 from an Australian seller. The red flag was the large 'US' stamped on one of the pockets. Upon closer inspection and some further inquiries I concluded that it was modern made - out of an old US tarp or sleeping bag cover. I managed to get out of that transaction but took upon the lesson that I should buy what the item IS, not what I want it to be ...

3. Anyone know why Henrik shut down his website ..?? Pity, good resource that ...

4. Were the ARVN leaf TAPs stamped inside as well?
vintageproductions

I remember in the early 90'a, when Vietnam first opened to the US tourists, there were a lot of these odd "smocks" appearing. I remember them in the above Ranger pattern, NPFF pattern, ERDL, and I want to say I remember one in the Australian SAS pattern (like the raincoats). The tell tale was the material and the zippers. Esp. the zippers, as they had Asian made zippers from the 80's & 90's in them, not vintage 60's & 70's zippers. They were all pure fantasy pieces made for the tourists market. You need to remember the Japanese had been travelling to Vietnam since the 80's and the Viet's were / are very quick to catch on to what would sell. Just like the fantasy NPFF camo berets that started appearing. These did not exist during the war, and didn't start appearing until the tourist market became big business.
_________________
ASMIC Executive Vice President
kammo-man

Hello
For me, my jacket four pockets is a copy because it is too mint 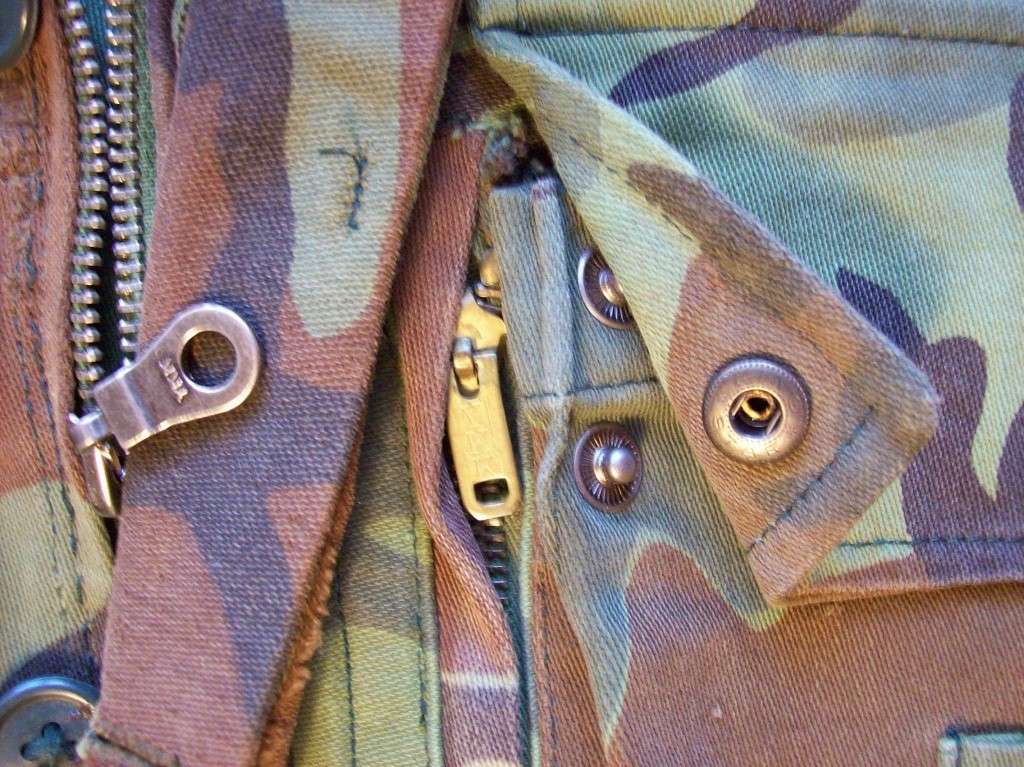