Hey guys, coming in with a cool piece, a book supposedly taken from the General's study during the Panama invasion. A friend of my dad heard I was into Militaria and he gave this to me as a gift. He told me one of his army buddies, either airborne or ranger (could have been spec forces to be honest can't remember lol) was in the general's study and pocketed a few biographies on the guy. Well one has a bunch oh spanish writing in it and names written on the back of the cover. My dad's buddy told me of how Noriega was kind of self centered and enjoyed reading biographies about himself, and that this is one of them.

I can grab some pics if y'all are interested.
Camo_fiend

Not to hijack your thread or anything, but since we're on the subject of Noriega and Panama, here's an item from the collection of a friend of mine. He was a member of the 101st Airborne during the Panama campaign. He entered Noriega's mansion post-raid and picked up one of the general's business cards from his office. 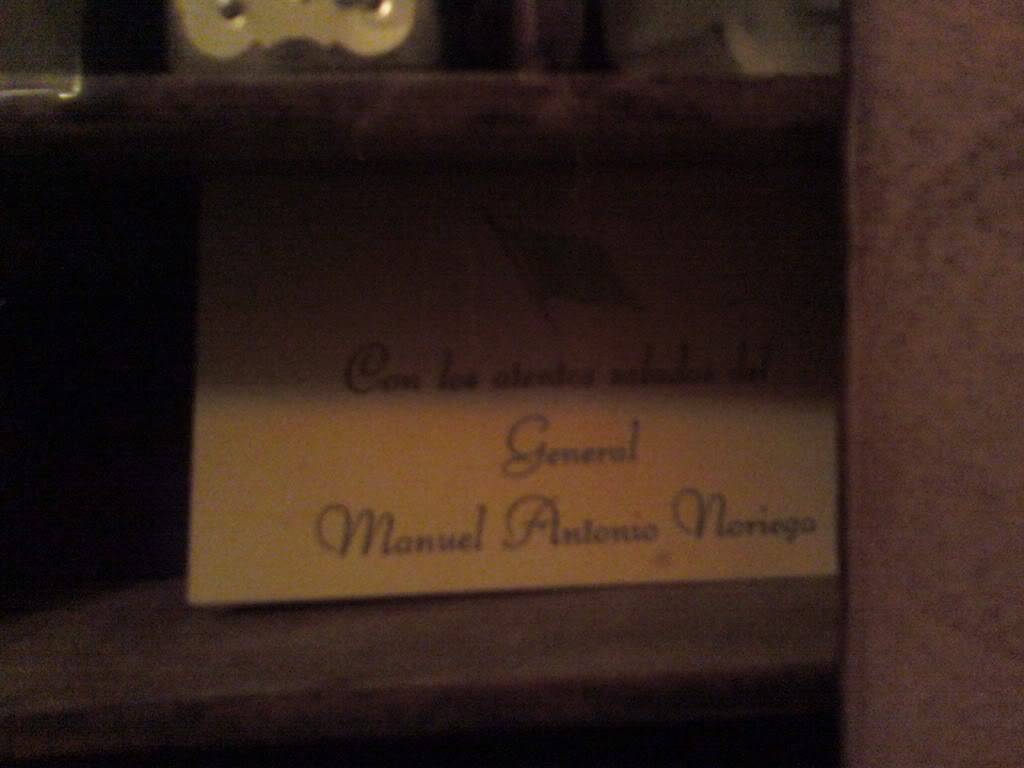