Often mis-identified as a Swiss Paratrooper helmet. These are close, but the suspension is diferent than the para model. This is the Model 71 helmet used by many Swiss ground forces. 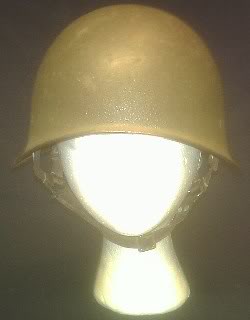 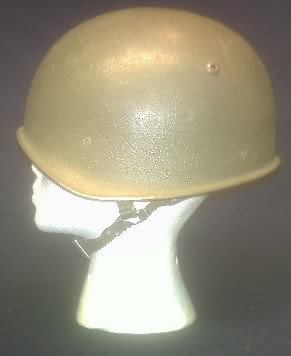 Actually, there is no such thing as a para model. That's because the Swiss don't have a para unit

(just small Special Forces). The one you're thinking of is the M48-62 used for mobile troops and it is widely (and incorrectly) referred to as "para". It was heavily influenced by the British "dispatch" helmet used by motorcycle riders. The M48-62 was largely phased out after the M71 came into widespread use.

If you need a helmet cover I have several new and very good used condition available to hopefully match whatever size helmet you have. If you're interested, check the markings inside and see if you can pull a size number. It should be expressed in metric, such as 56-58 or something like that.

I sure could use one!! Either new or used will work! When ya got nothin, anything is an improvement. It's got a 55-56 stamped on the steel band the liner is part of. Is that it or should I keep lookin?

Very interesting. I think I'm going to look out for one of those M48-62 helmets

thanks for the info guys.
ripcord

Have wanted an M71 helmet since my first Alpenflage set..

Finally broke down and got a real beauty from Evin..

This coincided with a care package from a dear friend and fellow forum member which contained some cool things including  some very welcome helmet covers, 2 of which I'd like to share.. 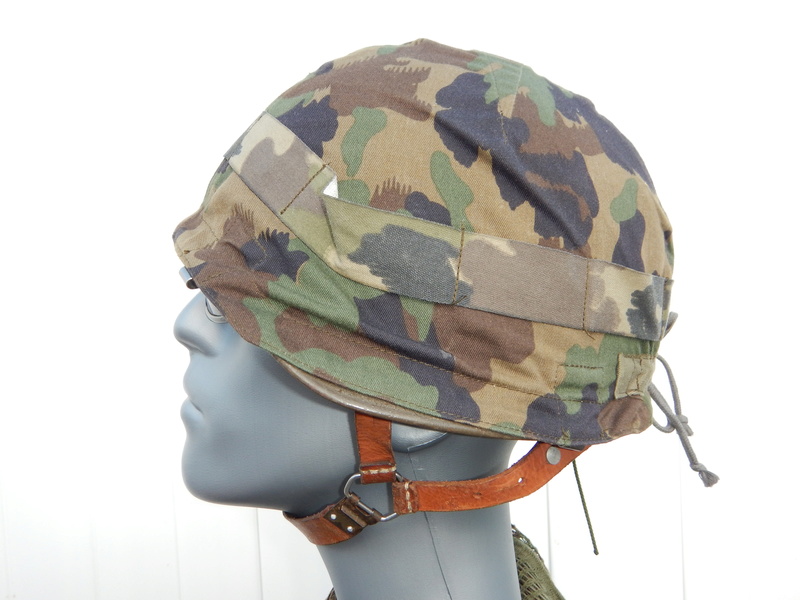 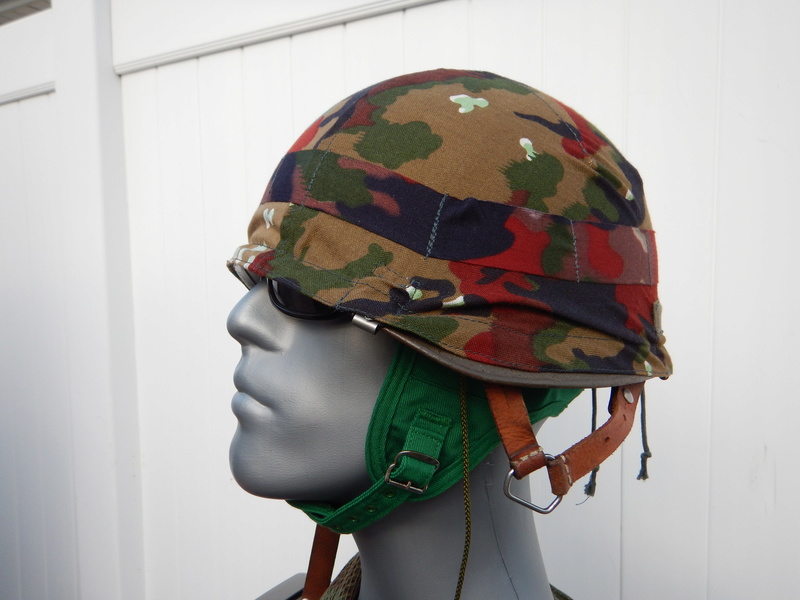 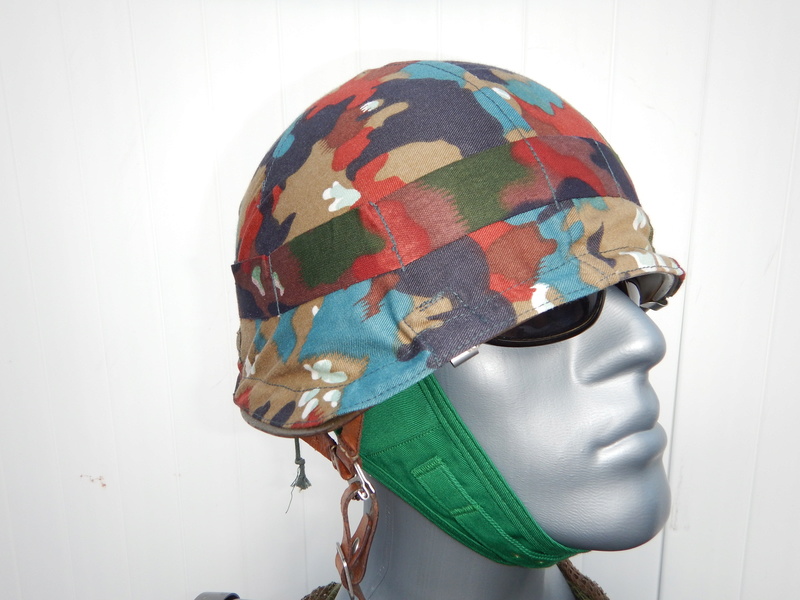 2/3 of the helmet cover has obvious differences from the other 1/3 ...I really like this...

Dang, consider me jealous about that TAZ 90 cover. All I have are hats! Though, I have three of them so that might equal it out a bit

Accidentally I  purchased such TAZ90 helmet cover for less than a US dollar in a local second-hand...

I just randomly stumbled upon this helmet with cover. I couldn´t resist buying it despite being out of my focus :-) 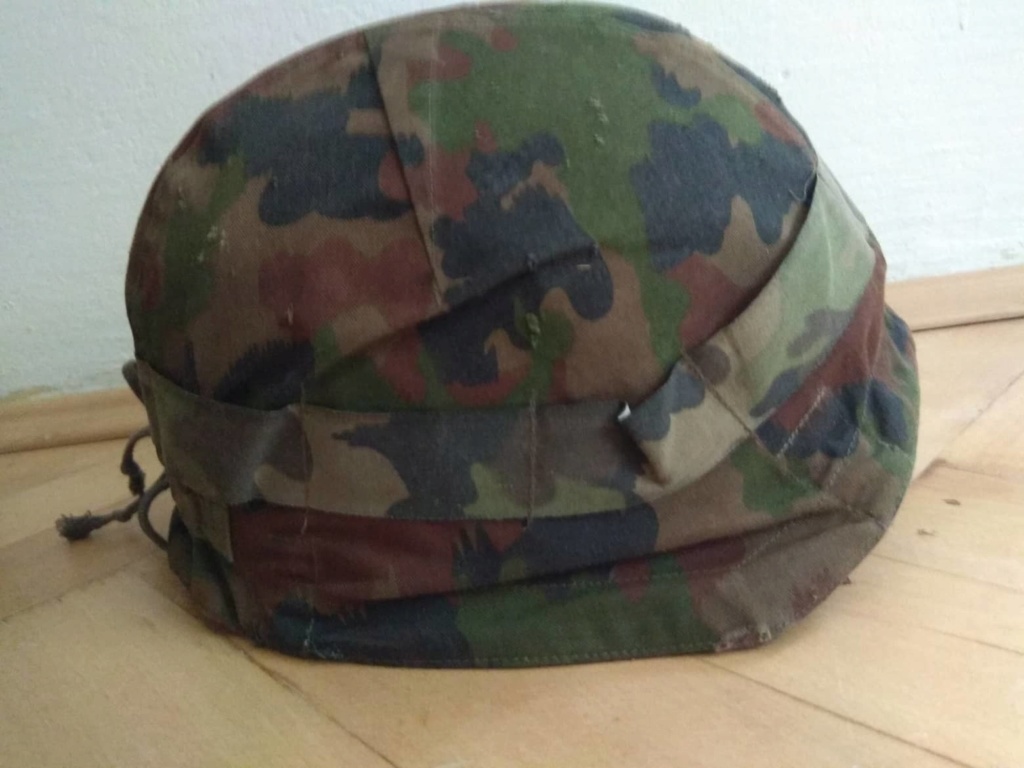 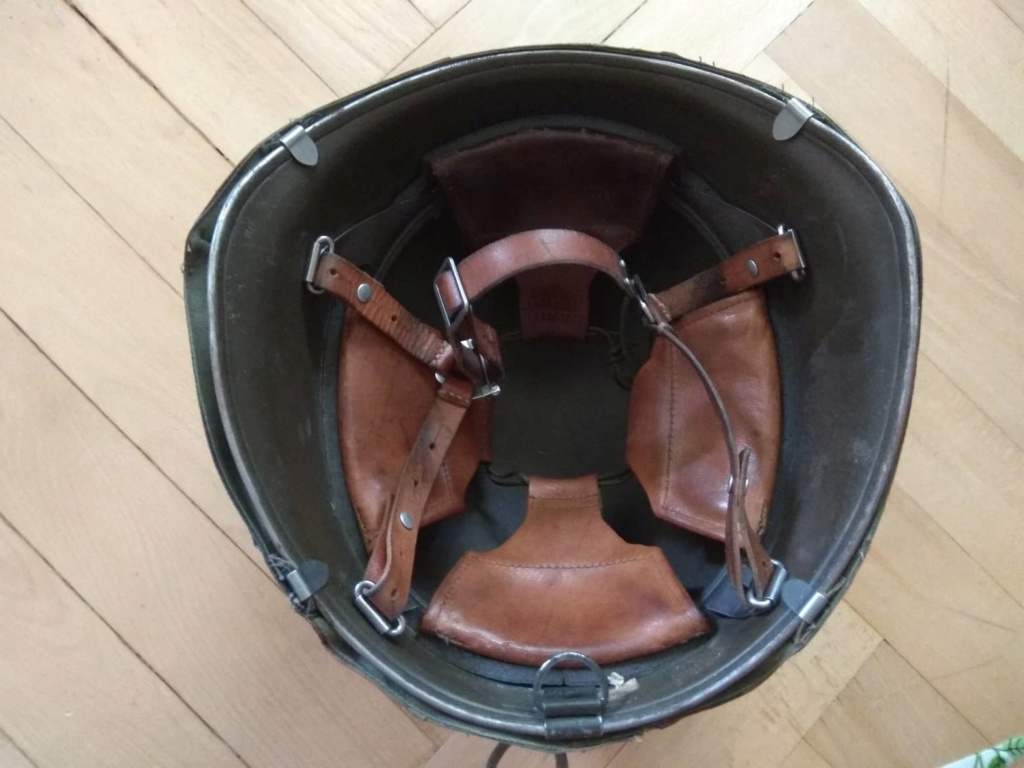 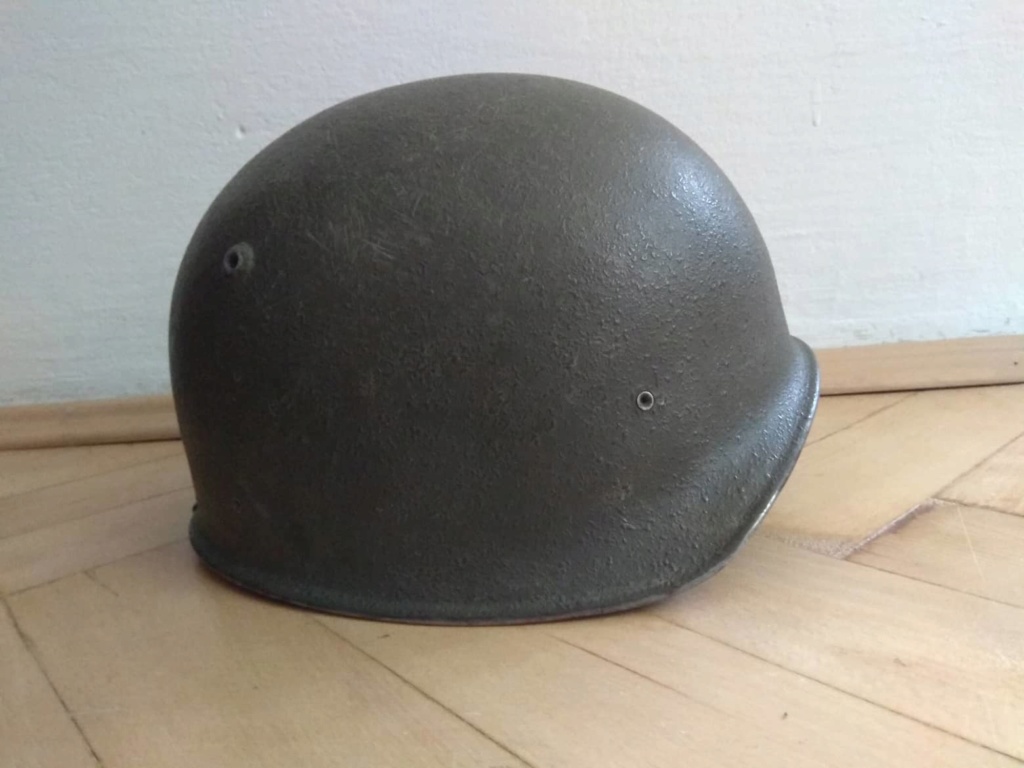 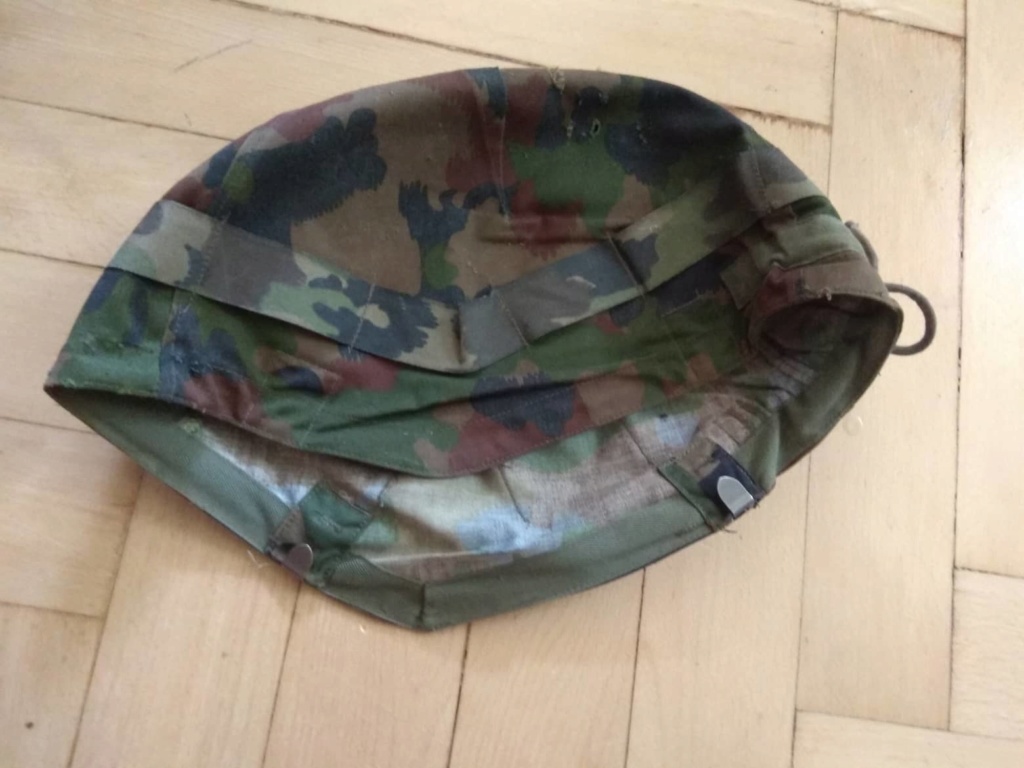 Thibir, no doubt - it is a good purchase!

Swiss military stuff will always be trendy and attractive!
Haydamaka

By the way, have you noticed the "D"-shaped ring on the front side of the helmet?

This is intended for fixing on a special hook, knitted to the left side of the chest on TAZ57/83 alpenflagge jacket...

Nice metal hook with spring - I use the same, cut from from the old jacket to fix the home keys to the pant's belt strap...

Hm. I managed to also get one of those blue Alpenflage covers. I wonder if it was intentional or a mistake?
Haydamaka

Camonut314 wrote:Hm. I managed to also get one of those blue Alpenflage covers. I wonder if it was intentional or a mistake?

I saw the whole suite (combi) in blue Alpenflage, but I paid no special attention to it, because I thought it was just commercial fantasy, similar to woodland with orange colour...
ripcord


Blue color is obviously due to some screw up with  the green dye during dying process..

Sal, do you think such Swiss stuff with the blue color elements is rare and worth of hunting?
ripcord

I dont think it is particularly worth more than the usual coloration but definitely a curiosity and worth grabbing ..

Well, it depends on the each one's warehouse space...

If the flat is not big, one has to choose what to buy.

I thought also that such blue Alpenflagge is not the thing I will wear on public...