I visited Staunton today for a meeting with my recruiter. I arrived early and while I was waiting, I spent some time looking around the park where the armory is located. I also found out that the unit has a museum upstairs in the armory, which they allowed me to look around in while I was waiting. There were some interesting things there so I took some photos to share with everyone here.

The first five photos are from the veteran's reflection area in the park, across the way from the armory. 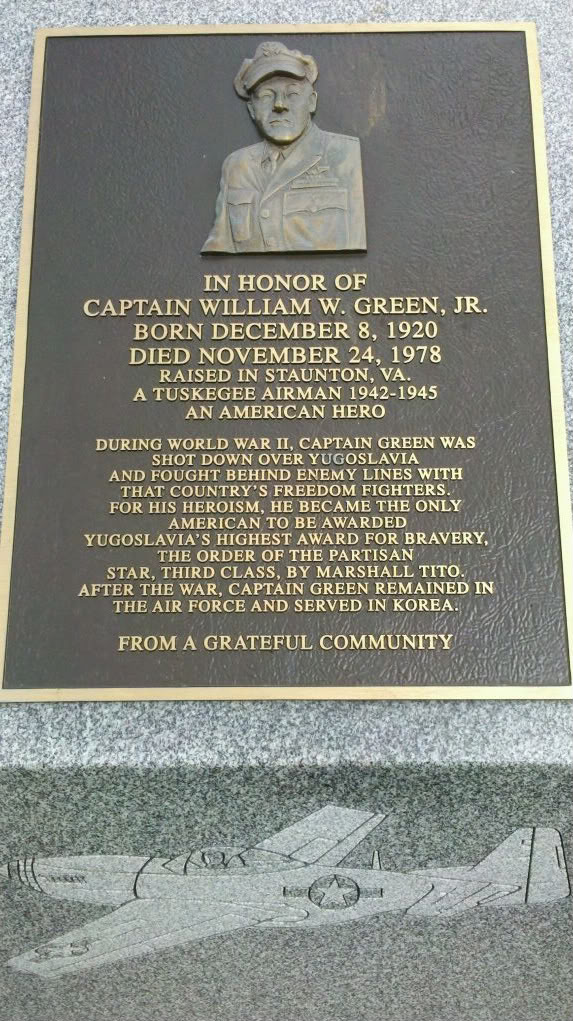 Plaque commemorating CPT William Green, a Staunton native and Tuskegee Airman. CPT Green was shot down over Yugoslavia during WWII and fought alongside the Yugoslavian resistance until his rescue. He was later awarded the Yugoslavia's highest bravery award, the Partisan Star 3rd Class by Marshall Josip Broz Tito. 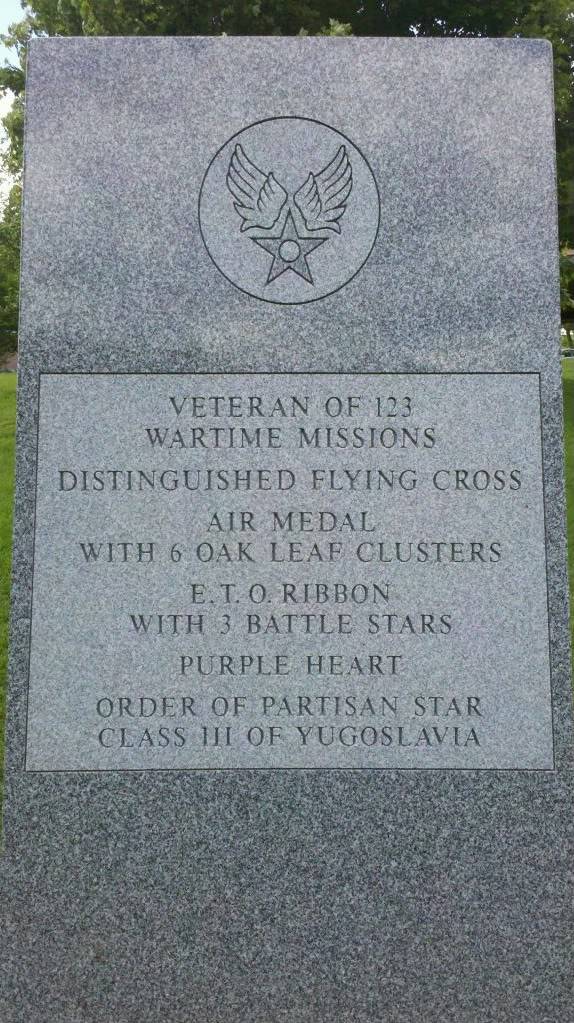 Front side of CPT Green's monument. 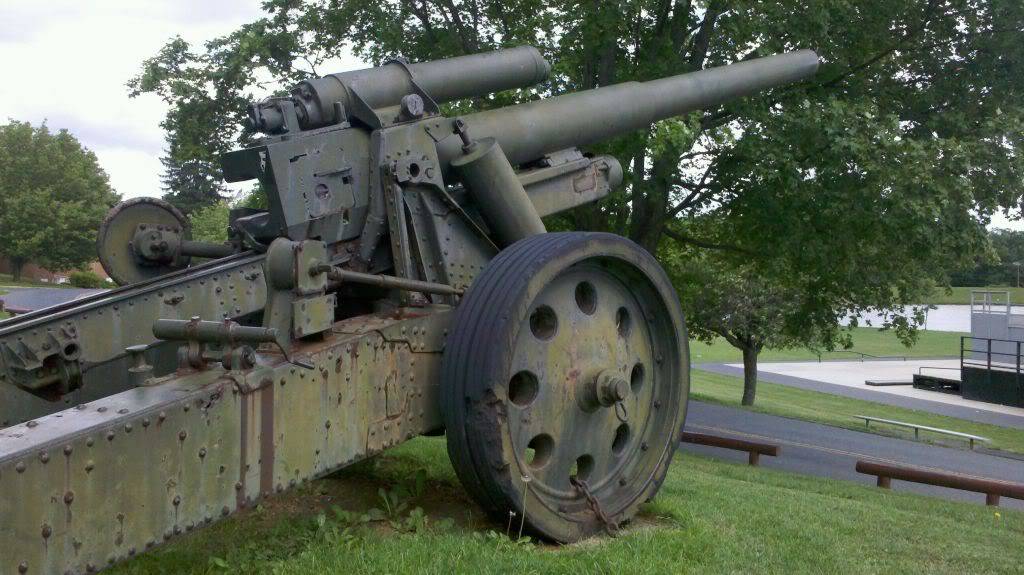 Captured Nazi artillery piece overlooking the park's lake. (The lake is kind of blocked by the skate area.) 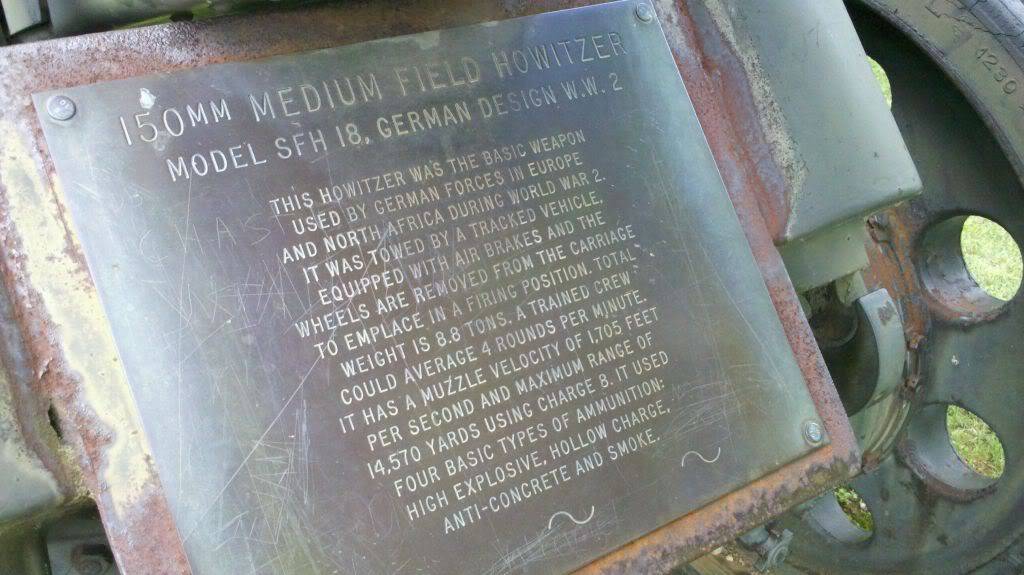 Informational plaque attached to the front of the cannon. 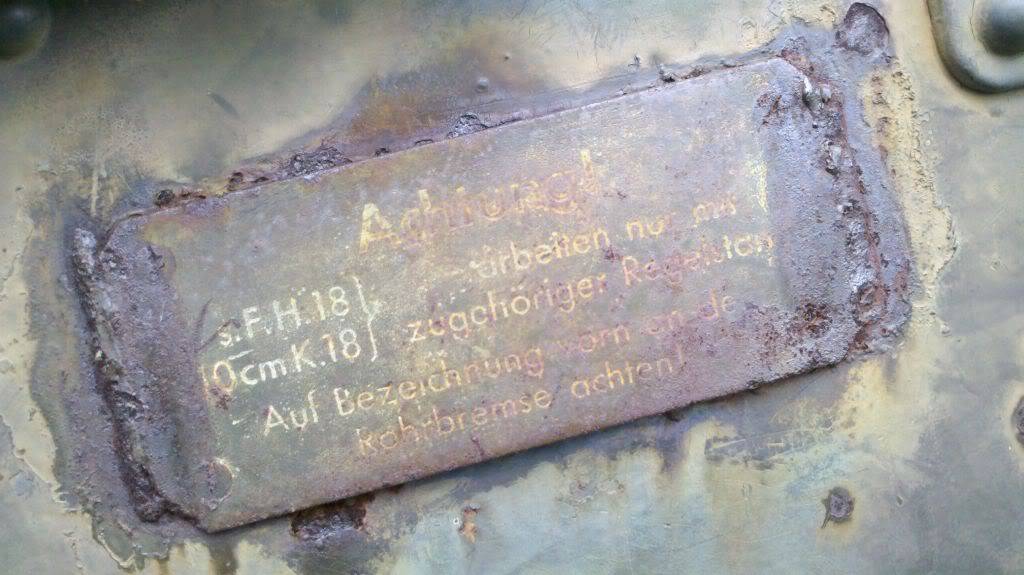 The remaining photos are from the 116th Infantry Regiment museum. 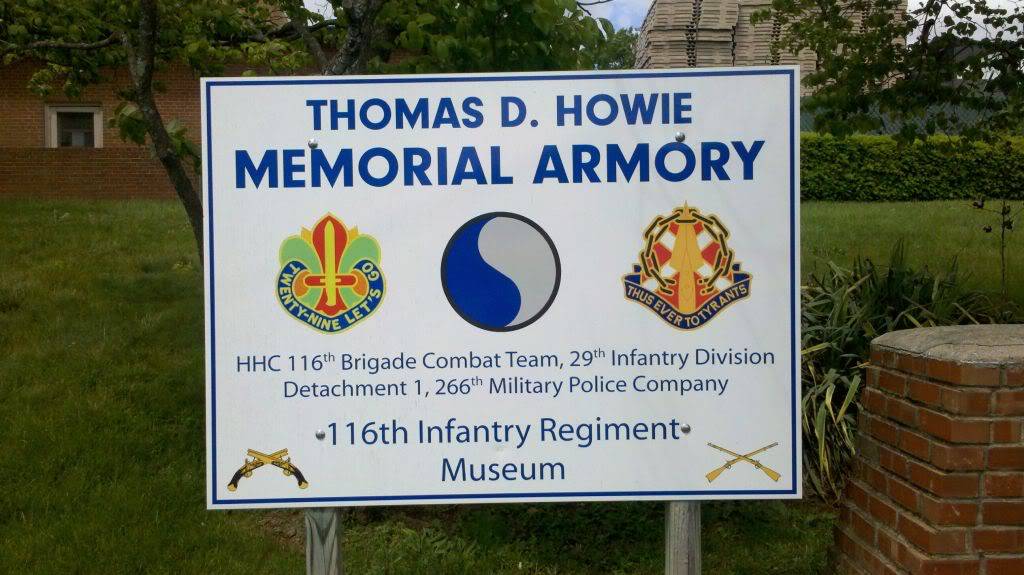 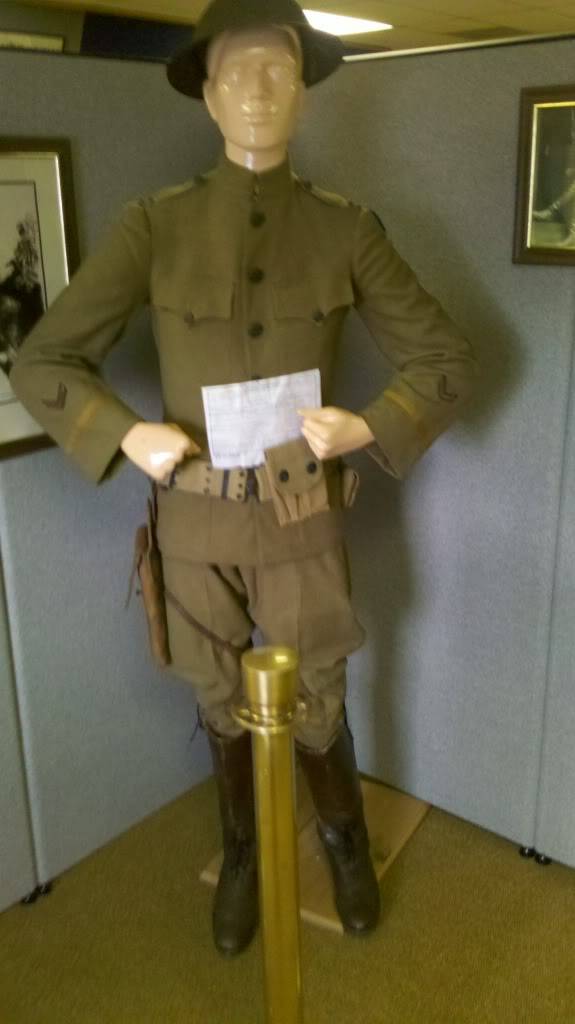 WWI uniform. The uniform belonged to the soldier pictured on the right of the photo. He is wearing it in the photo as well. 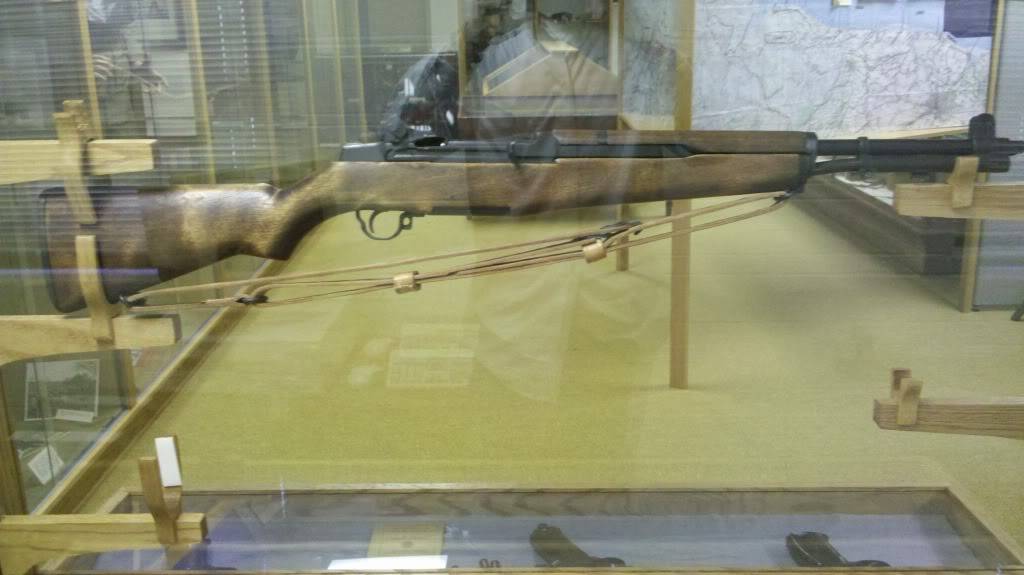 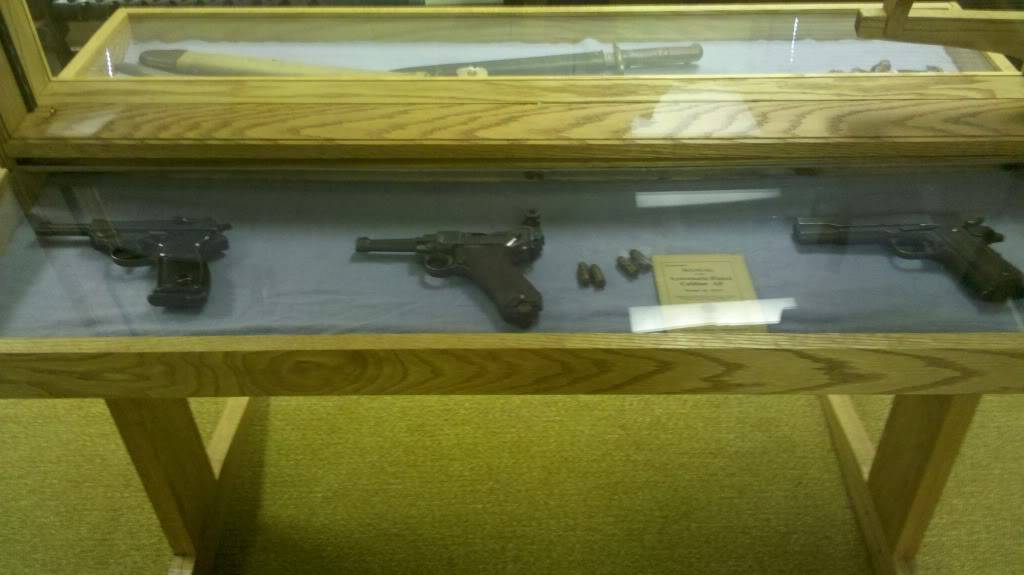 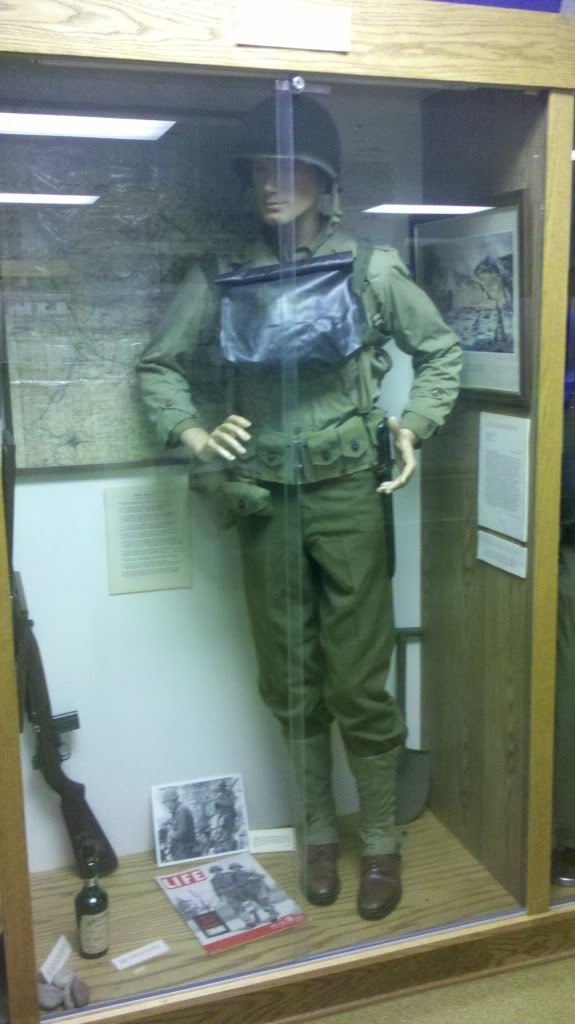 Mannequin displaying a soldier of the 29th Infantry Division (to which the 116th Regiment is a part of) as he would have appeared landing at Omaha Beach on D-Day, 6 June 1944. 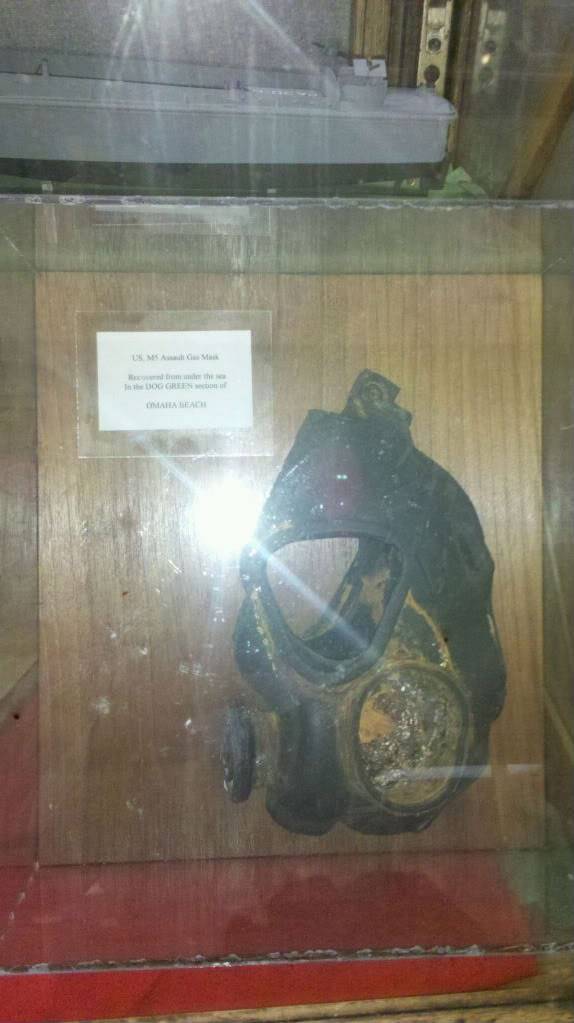 M5 Gas mask recovered under the sea on the "Dog Green" sector of Omaha Beach. 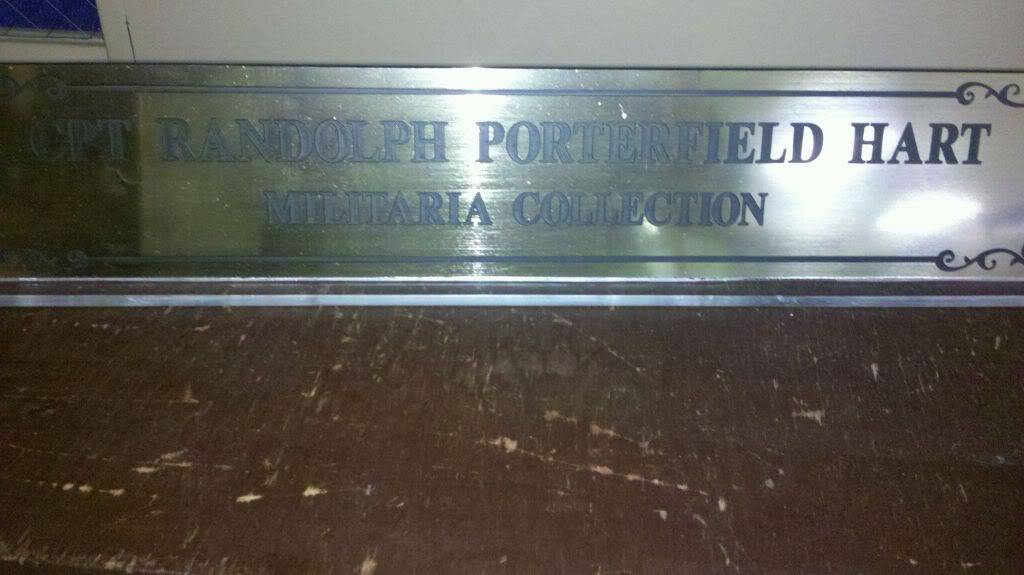 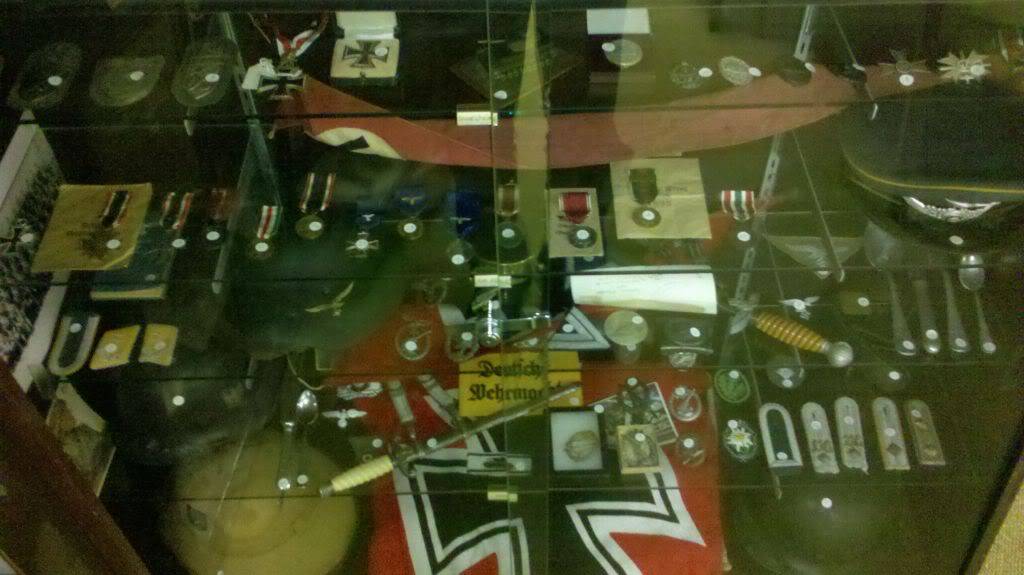 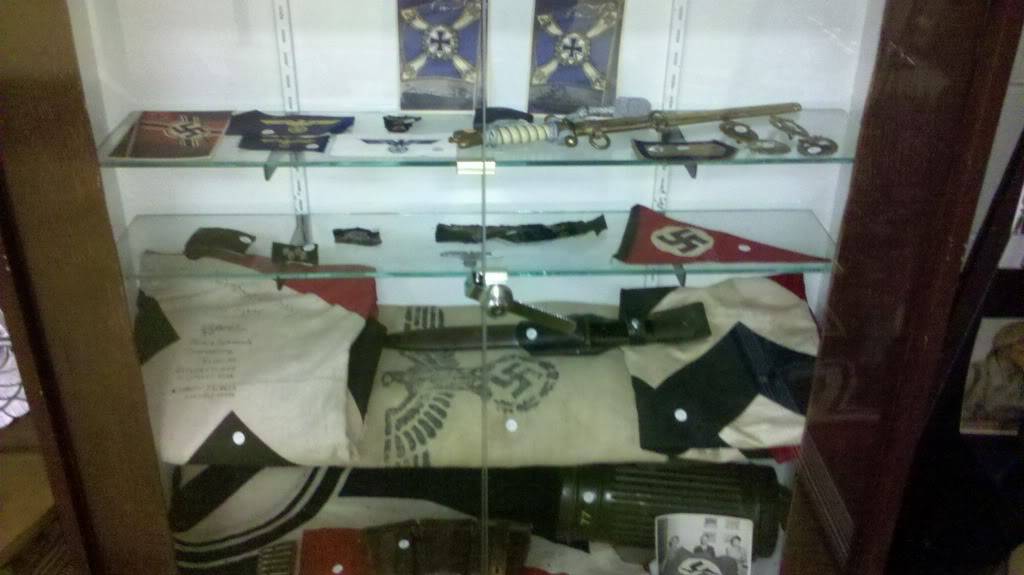 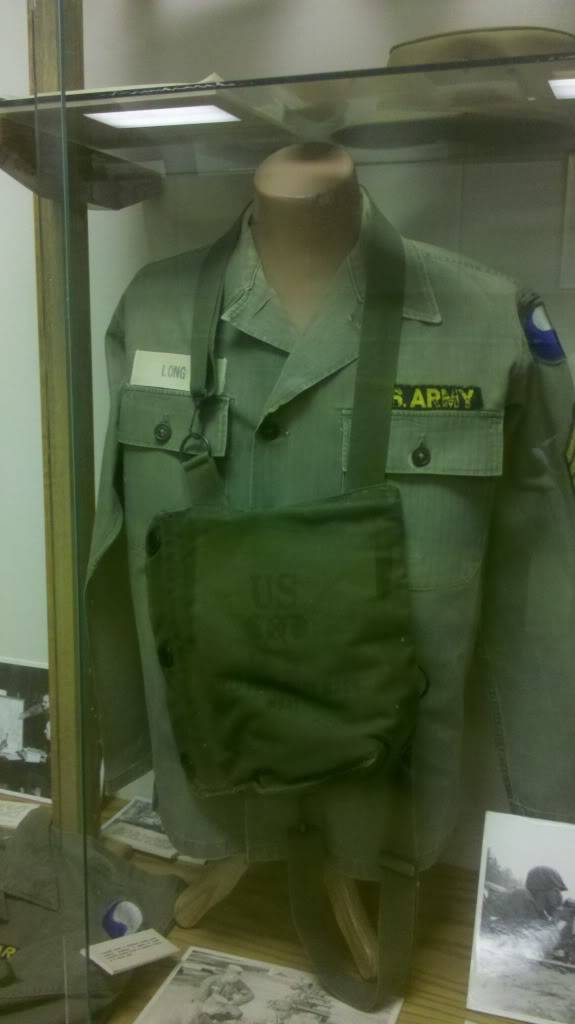 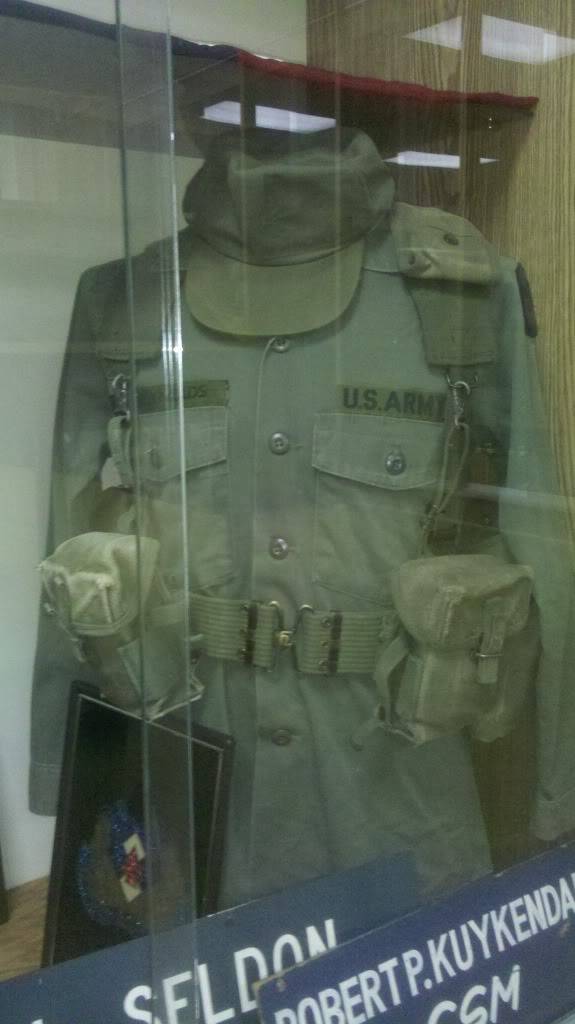 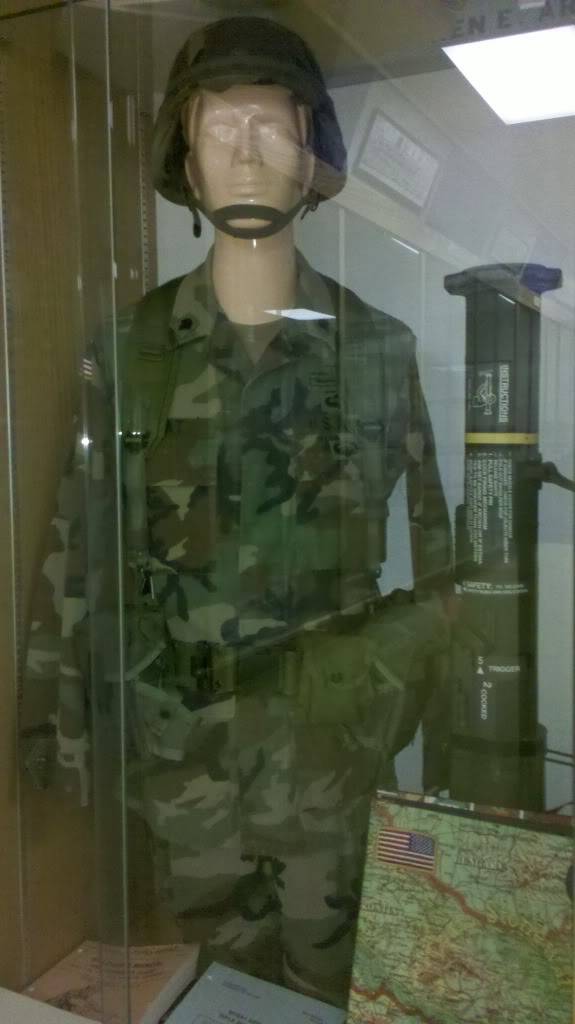 BDU setup similar to those worn by 116th Regiment soldiers in Bosnia in the 1990s. 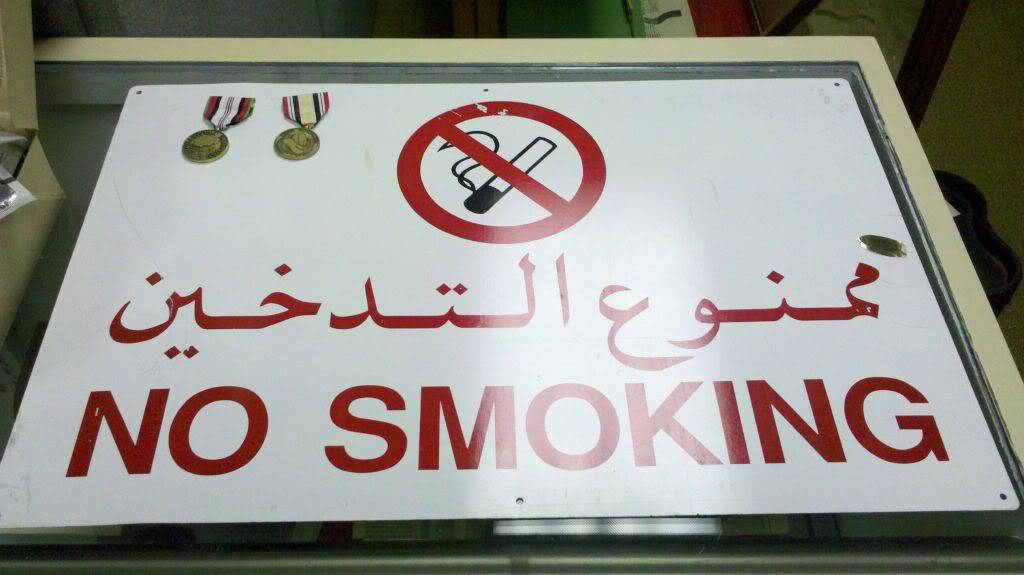 "NO SMOKING" bringback from Iraq 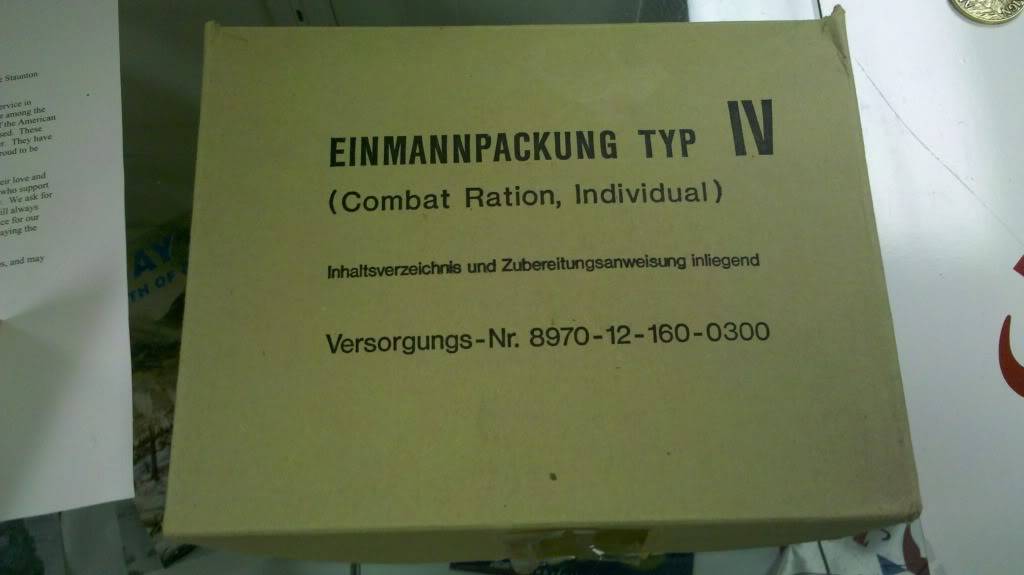 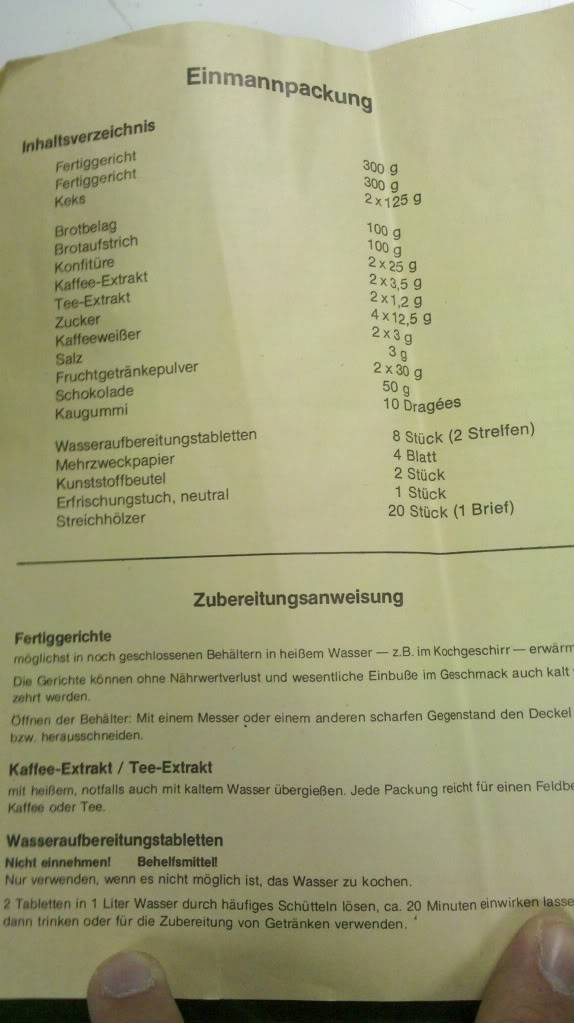 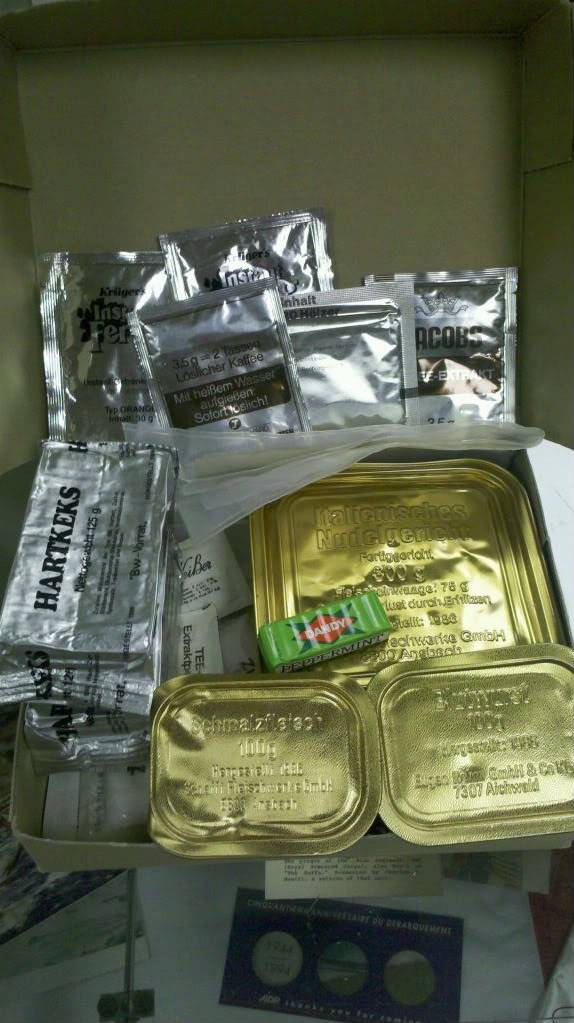 The soldier supervising the museum said it was okay to open up the ration box and have a look at the contents. Items included biscotti, peppermint candy, potted blutwurst, "Italian pasta dish" and the usual accessories like sugar, salt and coffee.
_________________
Interested in any European digital camo.