Got these this weekend. The shirt cost me £1 and the smock £15 with two free '68 ptn epaulettes, The shirt has a small nick on the arm and its faded other than that its pretty mint, the smock has has a few nicks and tears which have been repaired very badly, also the velcro on the cuffs has been removed, I hope to fix the old 'gal up with Para Cuffs and repair the tears with the same colour material. Sorry for the bad pics, lighting was bad and was on a phone camera.


Different colours and buttons, similar to my issued shirt: 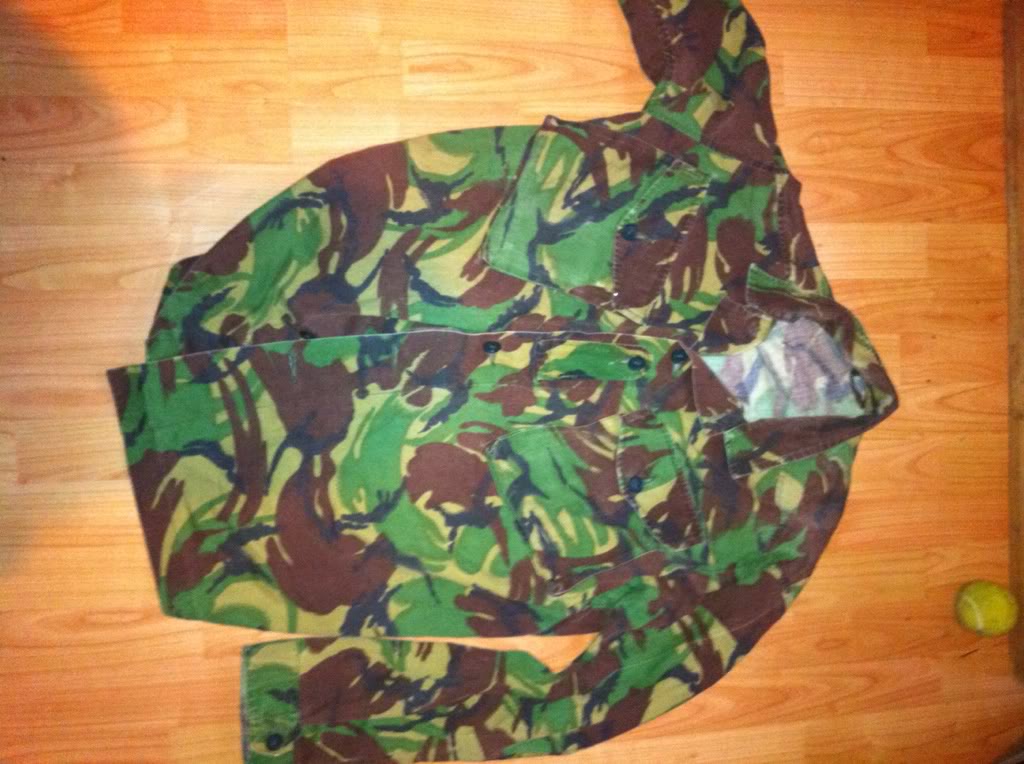 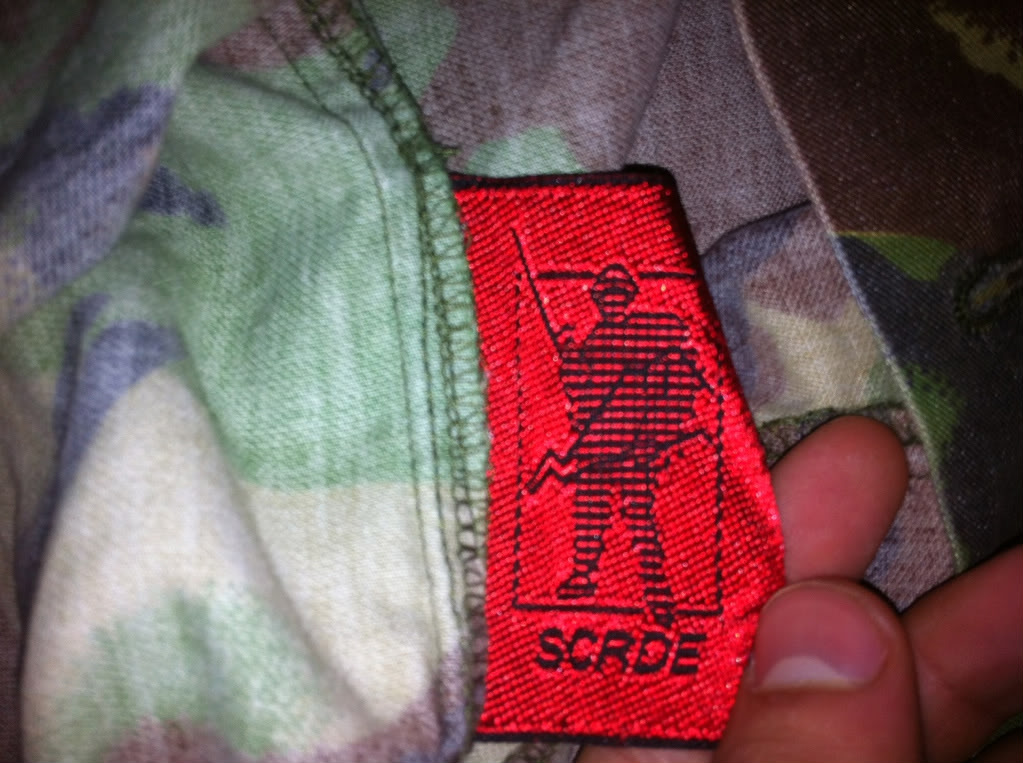 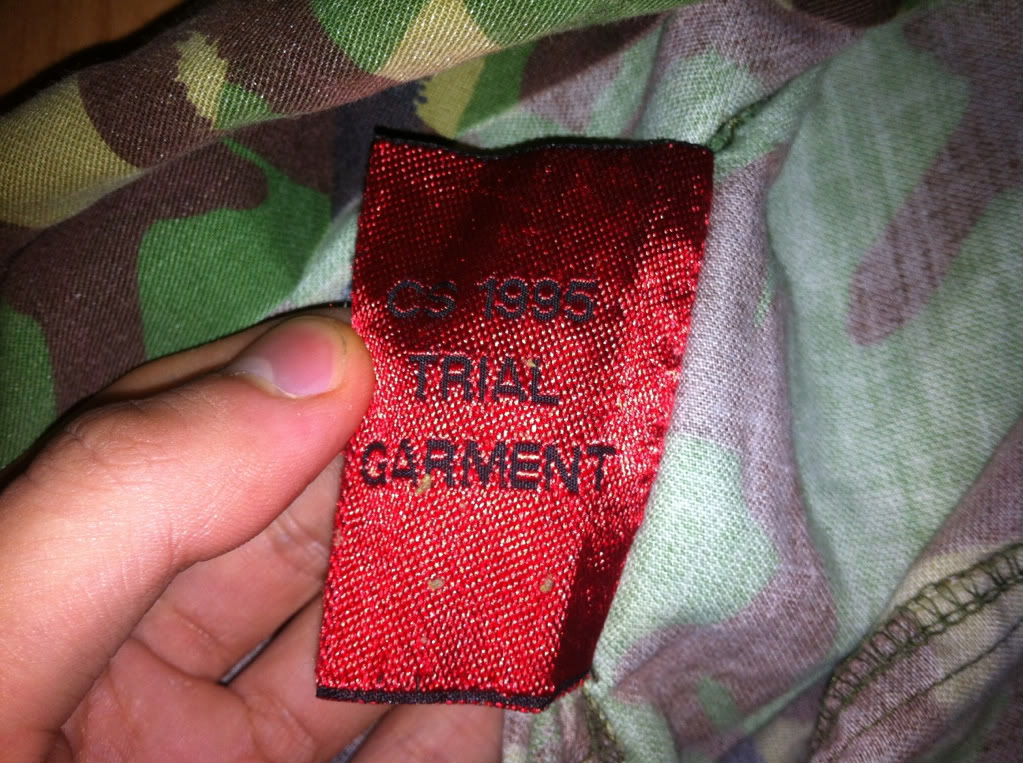 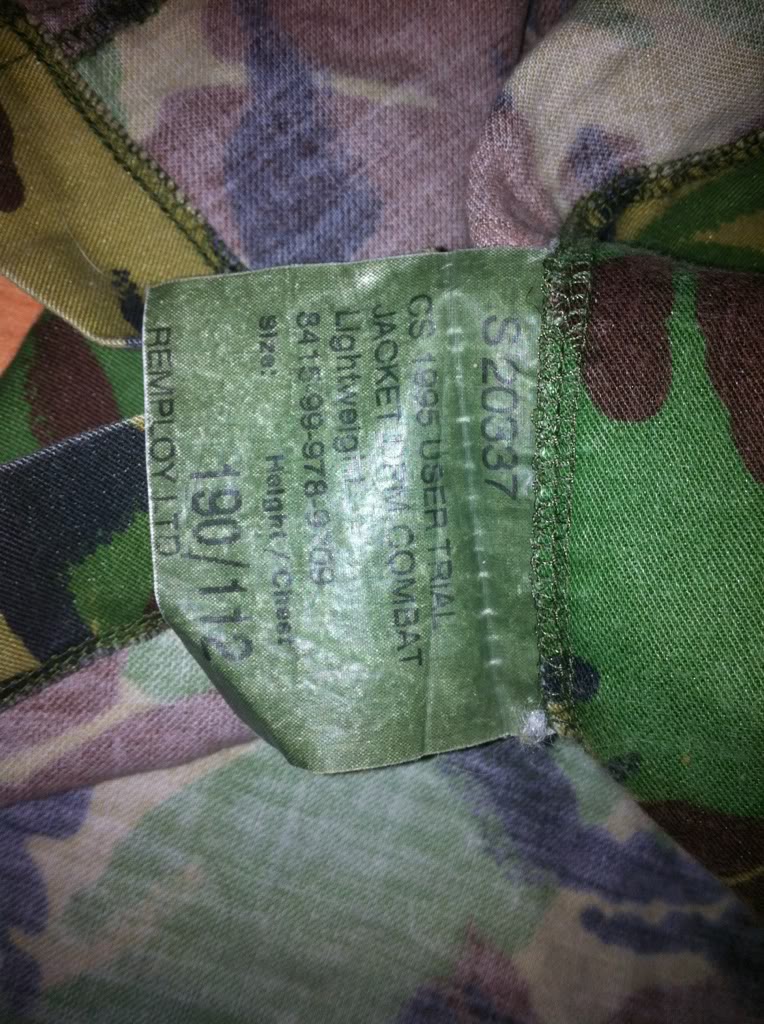 The smock is an RM Smock, however the rear rankslide has been removed. Its an early one in the same camo as some of the 68 Ptn Smocks, Early Windproofs and Early '77 Ptn Para Smocks. 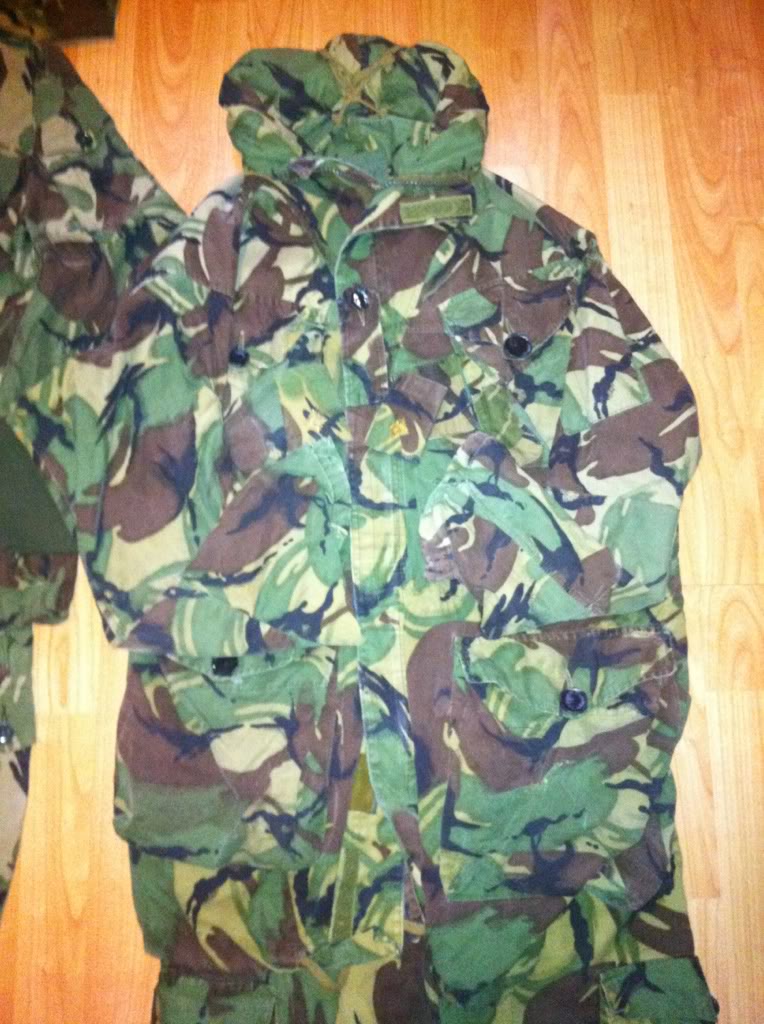 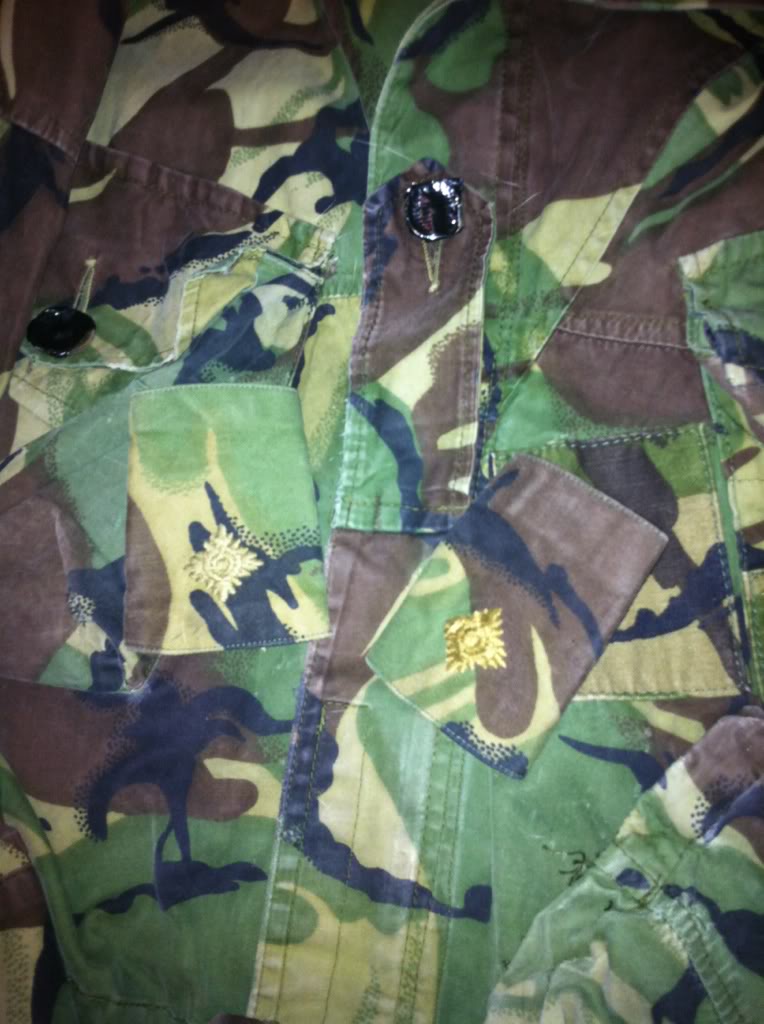 Label which is heavily faded: 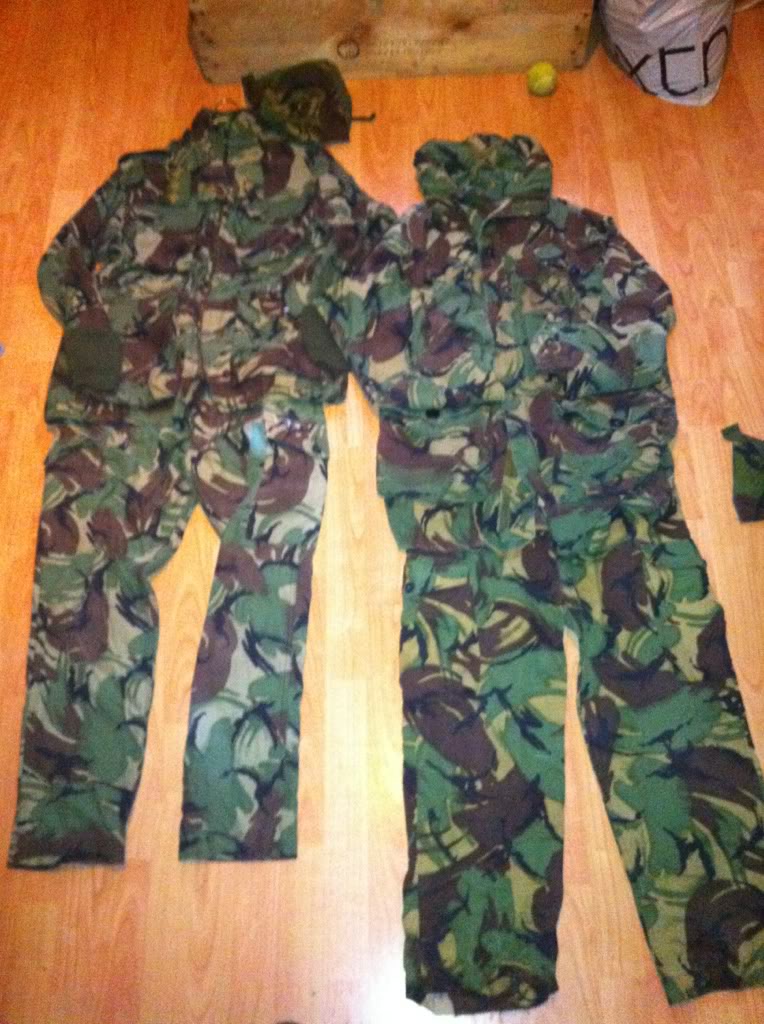 Wont let me edit the post, so here's the label: 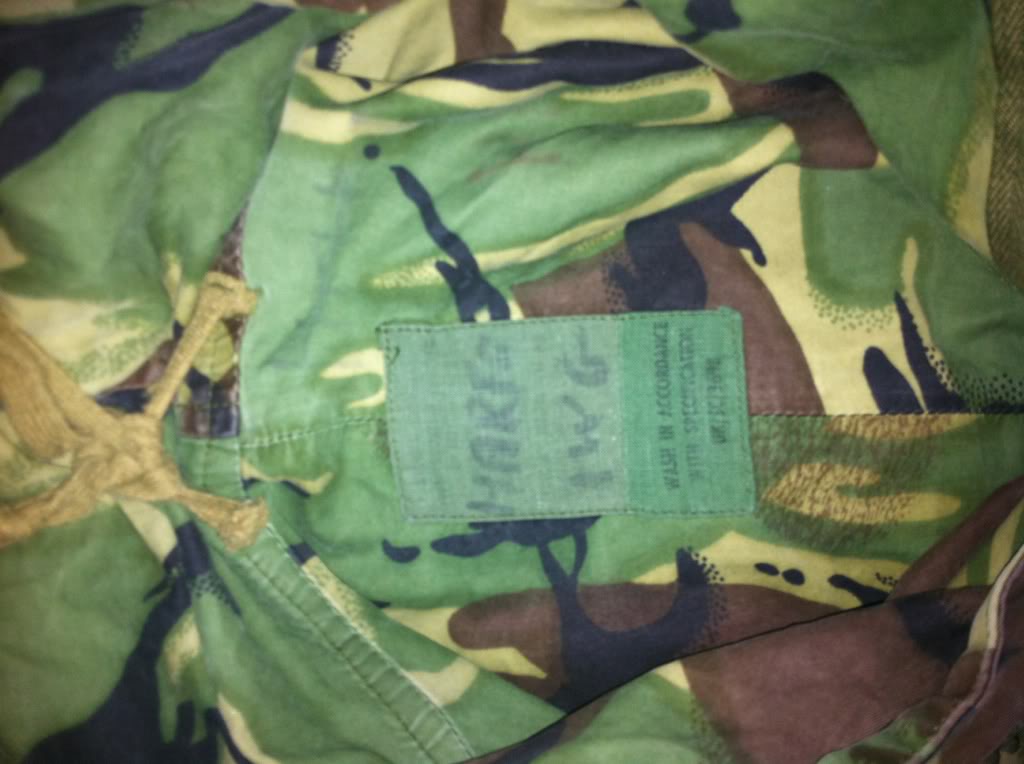