This is a DCU combat shirt and pants. Before the ACS (Army Combat Shirt) became readily available, some Special Forces soldiers would modify existing DCU shirts into a much cooler variation. A friend of mine at Ft. Bragg told me that these type shirts were extremely popular with 3rd and 7th SFG soldiers.

This example belonged to a 3rd SFG soldier and was combat worn during his 2007/2008 deployment to the Kandahar and Zabul Provinces of Afghanistan. This is a set and comes with the DCU pants he wore as well. 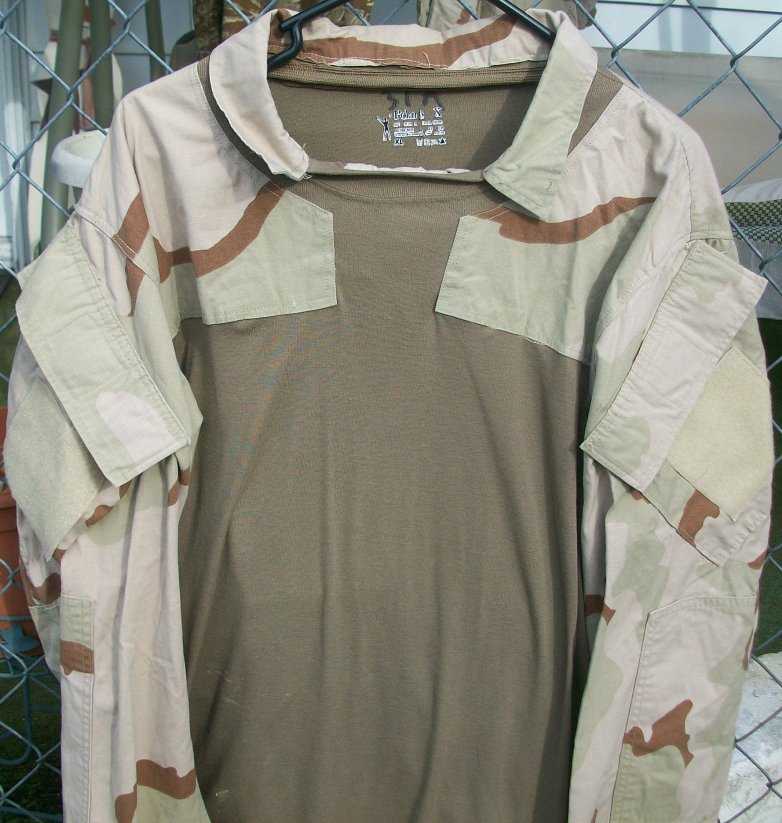 Thanks, Phillip. Since these were not an issue item, there are several different variations in construction. I'm trying to find an example of the various variations, but that is proving difficult.
_________________
Always looking for Central American militaria 1965 to 1991. Especially items relating to Coronel Velasquez El Salvador Armed Forces
Sponsored content