You are not connected. Please login or register
+2
filupe
CollectinSteve
6 posters

I received this interesting jacket this week. I haven't checked it against a standard P68 smock, but it appears to be the same. However, it lacks British military tags and instead has a civilian looking tag. I checked out the Bermuda Regiment's website and the Internet. I found very few pictures from this time frame, other than to confirm they were wearing DPM back then and the flag was worn on the right shoulder (it is now worn on the left I think). 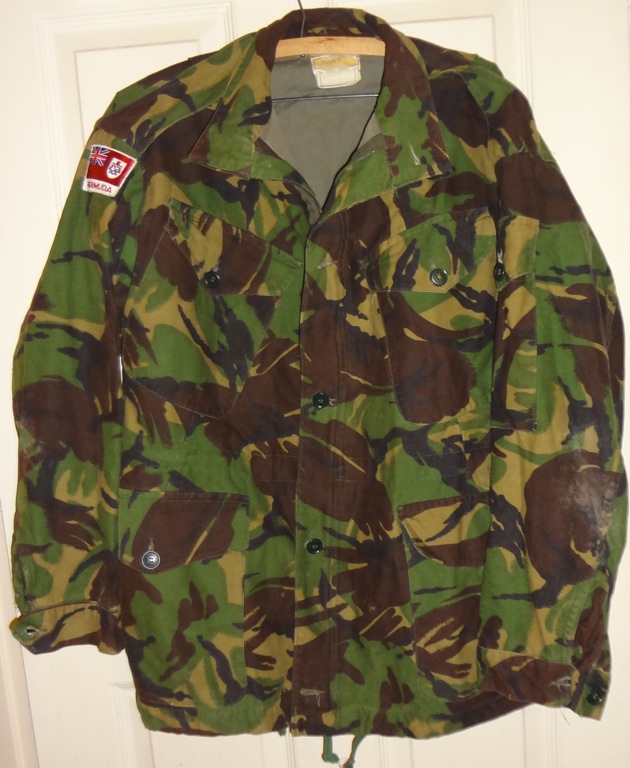 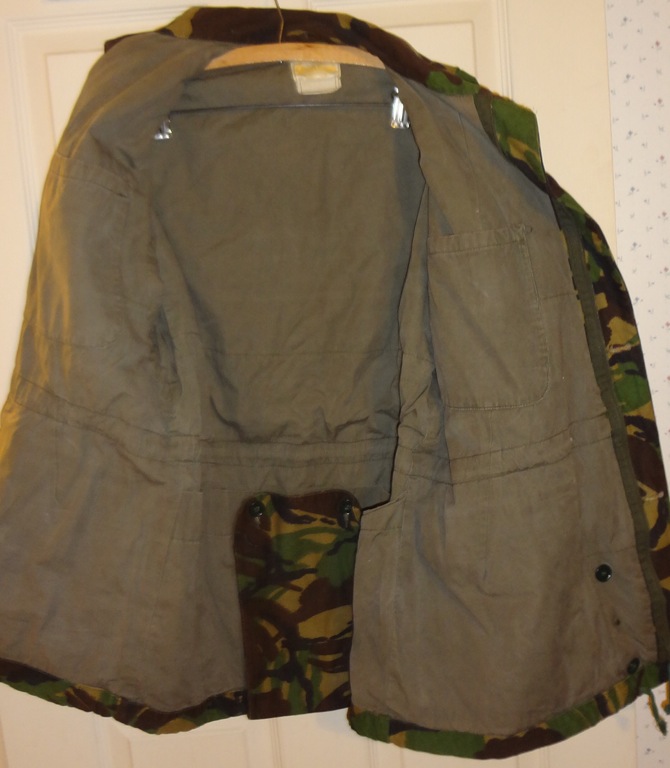 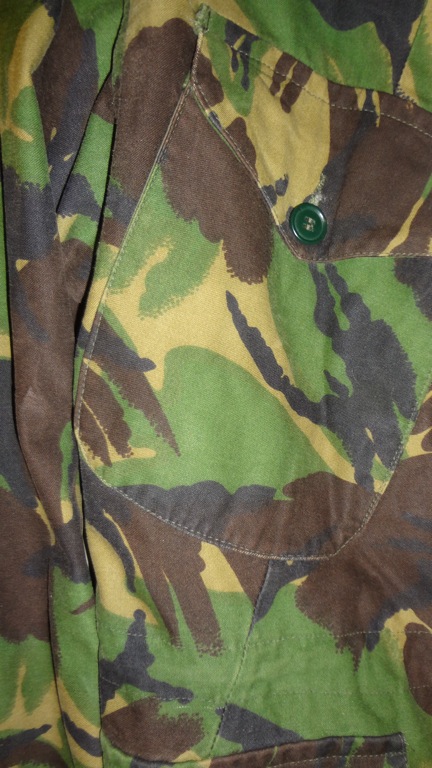 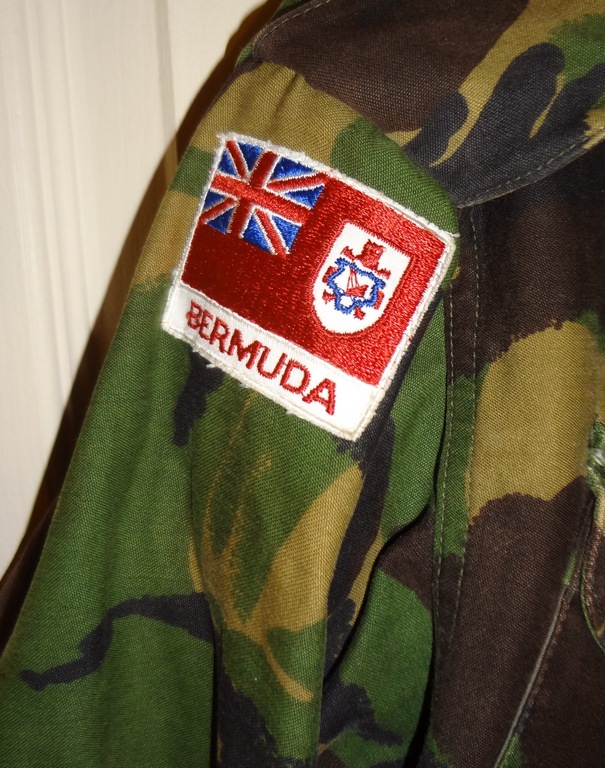 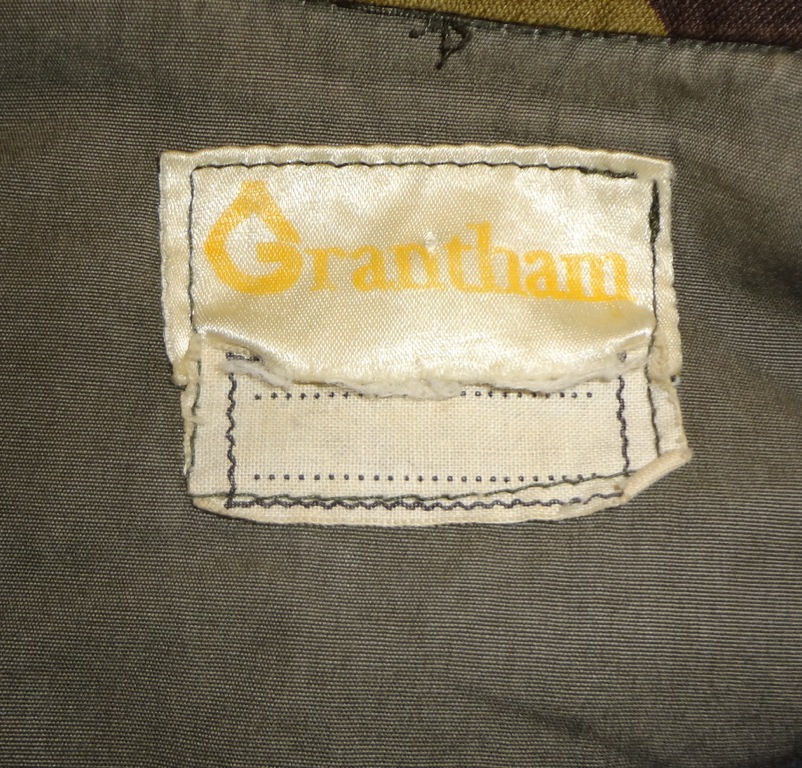 The few pictures I saw showed them wearing OD trousers and not camouflage. Anybody know anything about this?

I can only speak for the Royal Hong Kong Regiment which looks like was a similarly organised unit to the Bermuda Regiment insofar that it was a colonial government arm staffed with regular British Army personnel in key administration and training positions. As such there was no entitlement to issue British made DPM uniforms so they were sourced from commercial sources - in RHKR's case they were manufactured by the regimental tailor at RHQ with faux '68 Patt DPM smocks sourced from a local manufacturer. Having said that there was a fair bit of pressure to look 'ally', with many soldiers sourcing Brit issue made uniforms and equipment. Interestingly, the 'colonial' regiments have a lot more leeway in weapon choice.
loski

Im aware that the Falkland Islands Defence Force uses british DPM uniforms (I dont know if they will go over to MTP)and uses the Steyer AUG.The picture below is of the FIDF training. 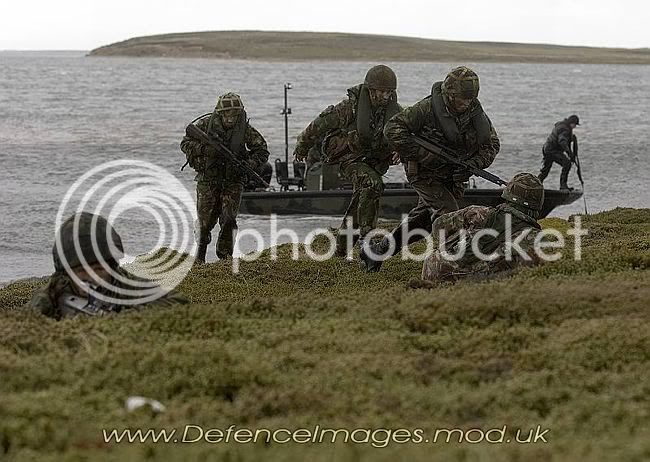 It's deffo not British as the p68 has neve been made in that camo print. These may fall into the small run camo items therefore not classified with NATO tags and stuff.
filupe

Almost looks like it could be a tropical print? Whether they procured it as an off-the-shelf commercial item or made expressly for the Bermuda Regiment by a commercial contractor remains to be seen ...
Easy Gee

Very nice Steve, Grantham make corporate /school uniforms, but maybe back in the day the made Military type clothing, this would make sense as the Bermuda gov. would have to source their kit commercially as it were.
Tommo

Thats pretty sweet, the print is similar to the 80's jackets, vn!
CollectinSteve

When I first saw this (one pic) I thought it was P85 with a full liner. After receiving it I'm thinking that it was P68 pattern done in P85 cloth sometime in second half of the 1980s. Maybe MOD had some restrictions of making DPM kit identical to current issue, so they used the old manufacturing patterns instead? Or maybe they were able to more easily acquire the old patterns from a contractor because they weren't in use any more?

One thing we have to remember about production is the contractor tries to cut down costs and cut corners as much as possible. The smaller the run, the more corners are cut to make it viable. At best this company likely got a contract for no more than 1000 or so jackets (or uniforms). Buying already printed cloth and existing patterns makes sense.

Whatever the case, it's an interesting piece.