Very,very similar to the WW2 German tin but have been told it is more than likely Spanish issue? 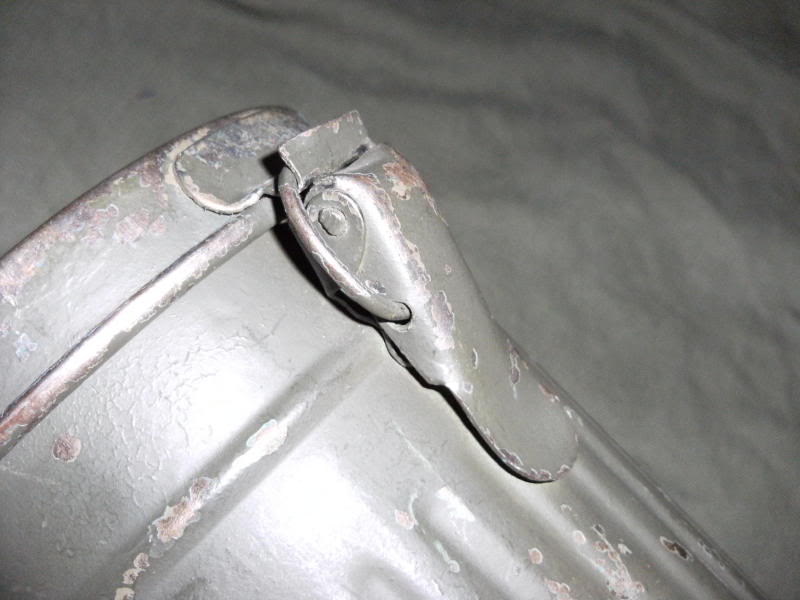 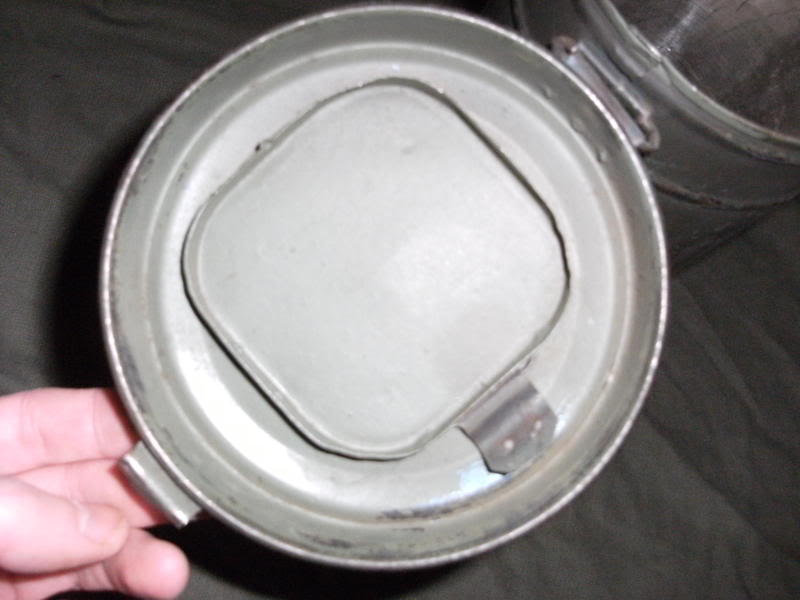 Interesting!! Spanish is a good guess, but I don't know enough about their old field gear to know one way or another. What I do know is it isn't post-war German. I'm also pretty sure that Romania, Bulgaria, and Hungary used gasmask bags and not tins.

Thanks Steve,had it for a while and when i posted it up on a WW2 forum there was a heated debate amongst "experts" saying it could be pre war German but most seemed to think it was Spanish.
DS9ACU

Perhaps it originated in Germany and then issued to Franco troops for the Spanish civil war or a Spanish copy of a German design during world war II.
CollectinSteve

Double checked around... seems to be definitely Spanish:

Yup. Ironically the Germans copied a Spanish rifle for their primary firearm

Yes, we used a lot of German stuff for years and also copies we made of it including some camo patterns.

I have seen in Spanish Legion museum in Ceuta one of this with italian filter and I own one Spanish recycled one with its German filter but with Spanish inscriptions in the filter.

Also we do, we are now copying Greek, Portuguese and Irish disaster economy and our future is being the best in that arriving at the point of Libia, Syria and similar ones....

This is the boat for the M-41 gas mask, copy made in Spain by the German
Gulf91