So I'm leafing through one of Borsarello's publications on Warsaw Pact camouflage uniforms, mostly for reference pictures, and occasionally smirking at some of the more glaring errors (like calling a modified Czechoslovakian Leibermuster suit an "experimental Swiss" pattern) but then I notice this: 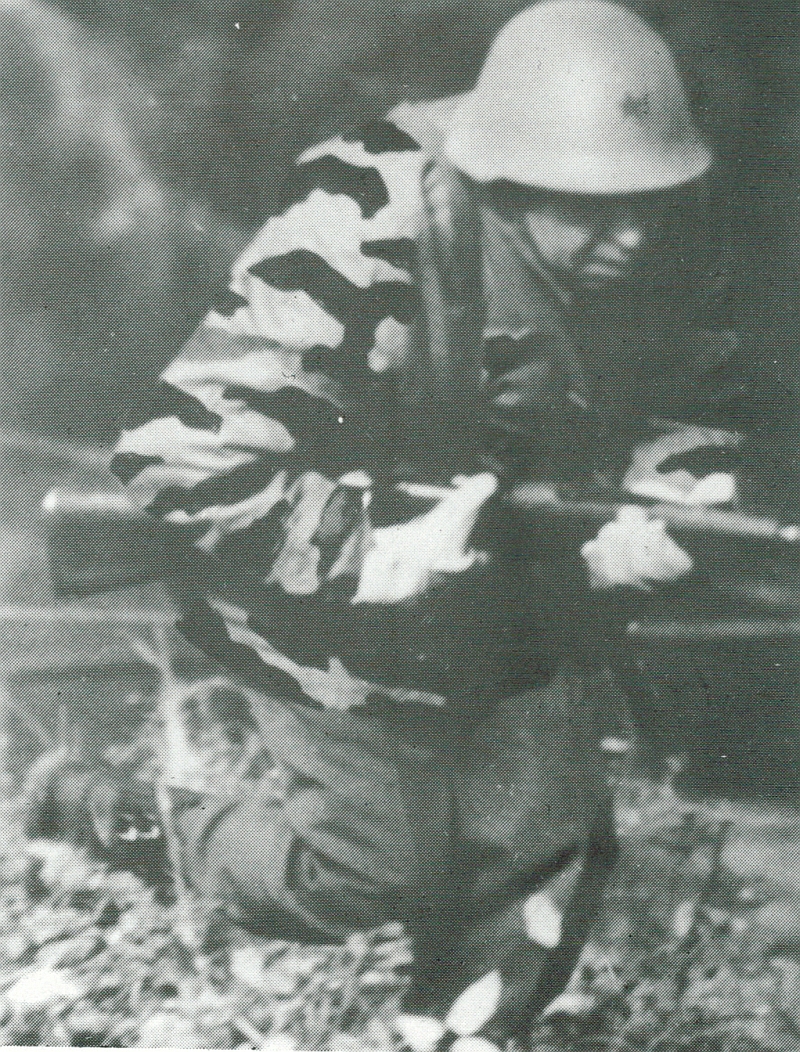 Which he identified as worn by the Yugoslavian Border Guard. The helmet and weapon are consistent with this claim. This is the only photo I've seen of this pattern. Is there any information on it?

I've often wondered about that photo too. I think however, if you take a close look at the photo, it appears doctored. Look closely at the bottom hem of the jacket, and it appears the black shapes have been added to the photo. There are other spots as well where it appears the image has been modified, especially where some of the black shapes don't appear to follow the folds of the fabric.

Plus, if you're familiar with black and white photography, the black in the pattern is just...well...too black, and doesn't fit with the rest of the tones in the photo. For that color to translate that dark in an image, it would have to be super black-hole black!

I suspect this was probably an early version of photo editing to hide the actual pattern the soldier was wearing when the photo was originally released during the Cold War.

Just a guess though...

I agree with Mike that the black is too black. Maybe this is a Branch pattern top with black added? There appears to be some gray shapes which might be branch pattern.

In any case, it looks like no known Yugoslav pattern I've ever seen, and this dude in the picture is definitely Yugoslav.

Interesting analysis Mike, and I do see some of these questionable areas now that you mention them, but take a look at right-hand sleeve. It seems to be rolled up and the underside pattern is not as solid as the printed side.
mcoleman762

I see that one spot, that appears to have a bit of sheen to it. That's the only spot though, with all the other shapes looking too dark compared to the tones in the rest of the photo.

I am certainly not an expert at all on Communist Era Yugo uniforms and such, but I suspect this photo may not be what it is billed as in Borsarello's book. For one, he's armed with a Mauser. That's not Earth shattering, as Yugoslavia produced their own version. However, generally when Warsaw Pact countries released propoganda photos, the troops depicted were equiped with the latest and greatest "look how well our troops are outfitted you imperialist pigs" weapons and kit. So, this could be a photo from the 1940's or 50's before the introduction of the AK. In which case, we have to ask "When did Yugoslavia introduce it's first camouflage pattern"? I personally don't know.

To add, the individual in the photo looks rather full-faced and more elderly than the stereotypical youthful, strapping, well equiped Eastern Bloc border guard. Especially for a photo that was released to the West. I'm more inclined to think this is a photo of a reservist, which during the Communist era may or may not have been issued camouflage.

Again, this is all just some guessing on my part, but I do feel that the dark portions of that pattern have been inked-in for whatever reason.

Maybe someone knows of some legitimate pictures of Yugoslavian Border Guards through the years?

Hello
I think the picture was retouched to look like this drawing
Note the jacket on the right picture, made in canvas tent
Practice of Mr Borsarello as it lacks the true garment, you can check all of his books
Gilles 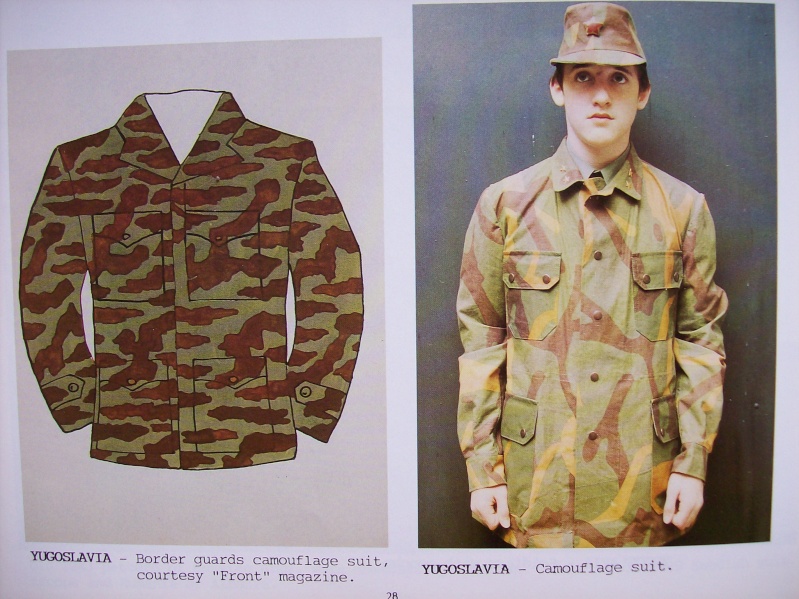