I included a link to my colombian colelction, with 3 examples of the very rares and beautiful digital patterns. There are 2 variants in the desert patterns and 1 in woodland patterns. The more funny thing it´s that they comes from the Sinai!!. They are very similar to the nes mexican digital patterns also. For more details just visit

The digital pattern is awesome. Especially the desert one! Great addition to any collection!
Philip
_________________
http://philipscamocollection.npage.at/
CollectinSteve

Nice sets! I didn't know there were two cuts of the desert. Great... now I have yet another set to go after! I have the green jacket. Someone had it horribly mislabeled on eBay and I picked it up cheap.

heh... funny thing. I was watching some TV in my hotel room in Texas a while ago and saw a Columbian daytime soap opera where the main characters were directing an army unit, fully outfitted in digital, after some bad guy. It was pretty silly, but lots of really nice shots of the uniforms.

got a nice colombian marines shirt...

NICELY BADGED!! I have an earlier version of this shirt, no badging

I also got a ripstop cap, IIRC.

it came from a brazilian marine, the marine got if from the colombian soldier in an exchange of uniforms during a joint operation.
I gave a full jeitai set for it... i think was worth.

This is one of the most interesting patterns out there right now, IMHO. It is so close in effect to the famous 1976 Bundeswehr "Punkttarn", which not surprisingly is one of my favorites. 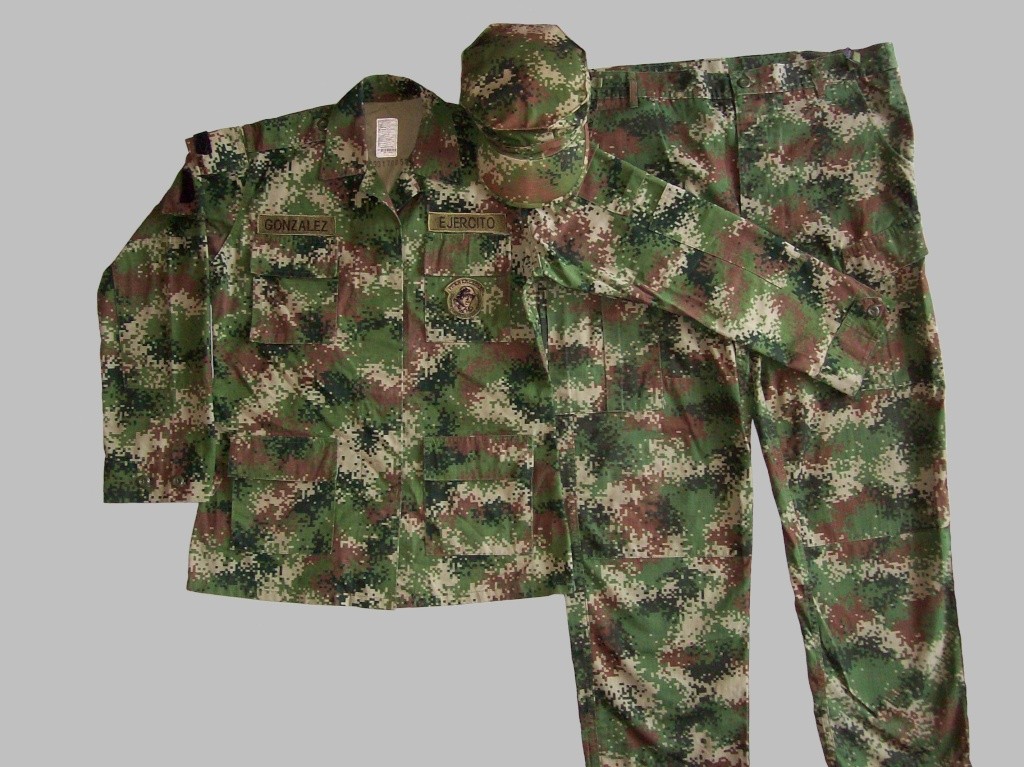 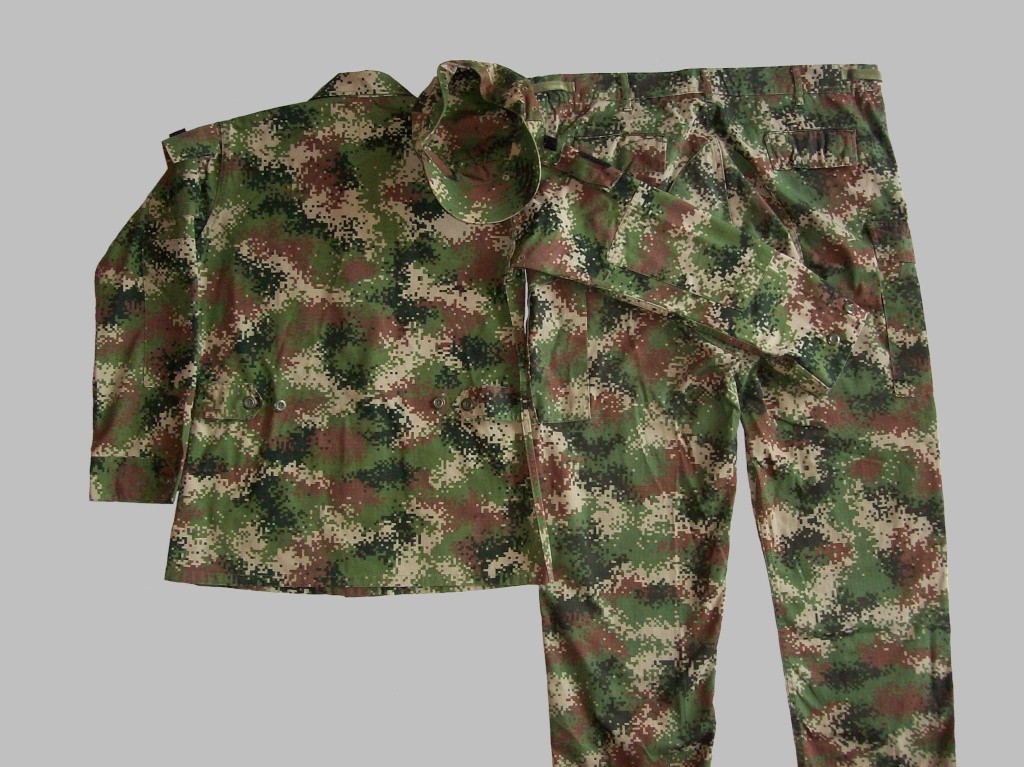 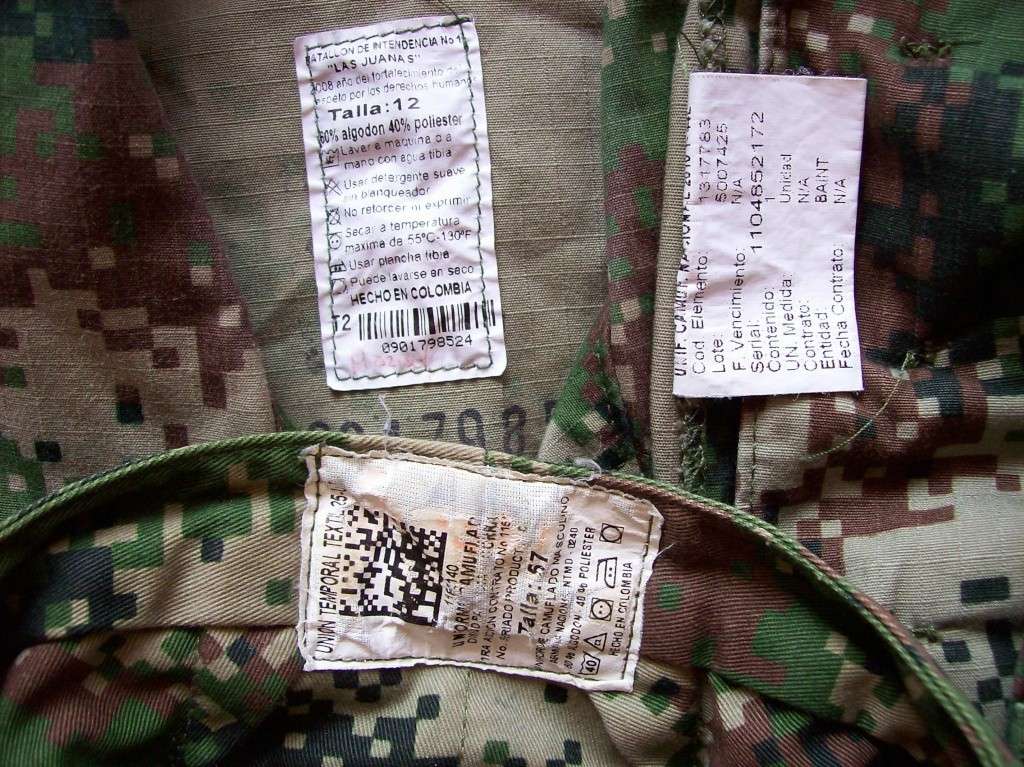 Hello friends.
Very nice items you are showing.
Now I want to share with you pictures of my new adquicicion: 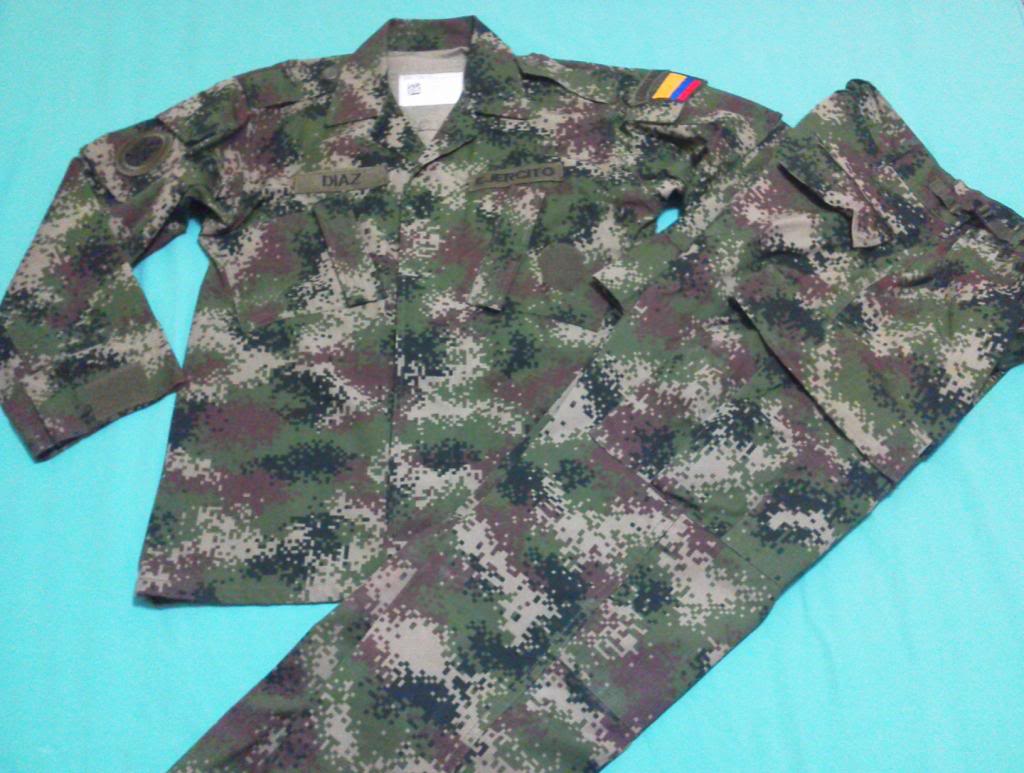 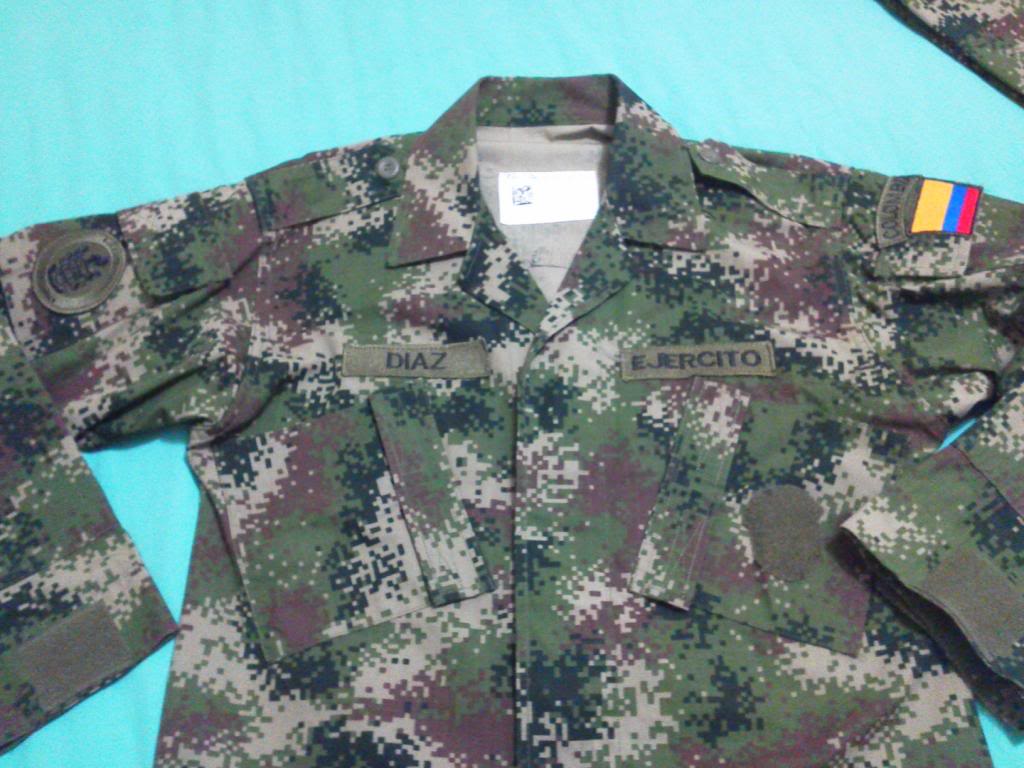 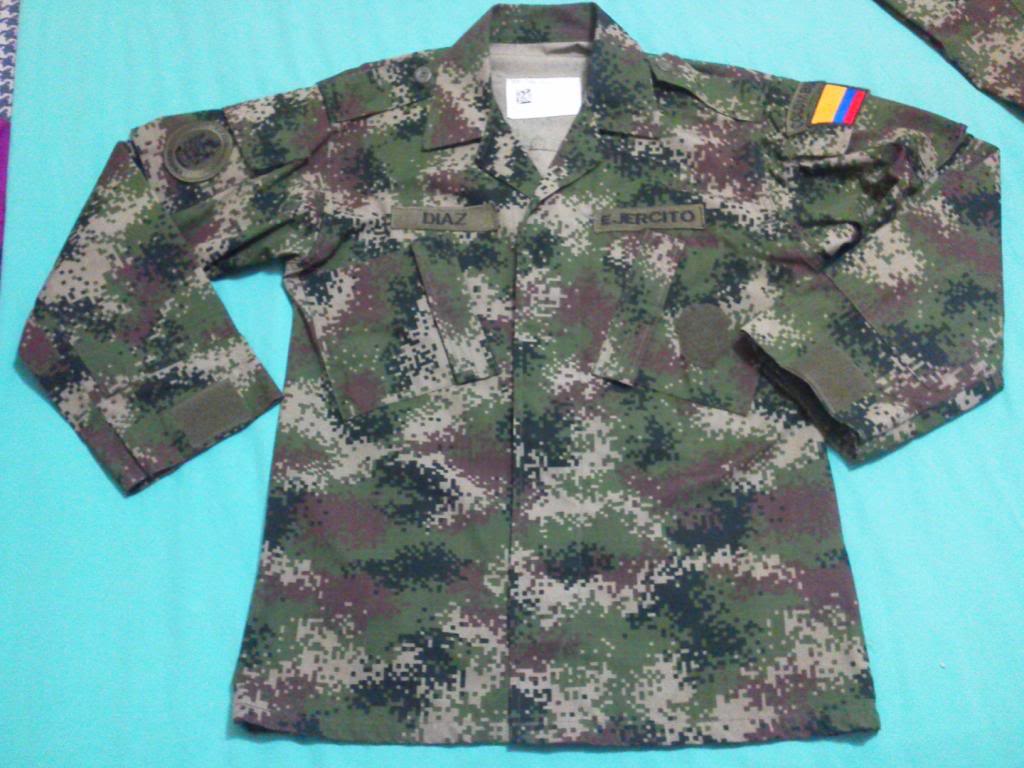 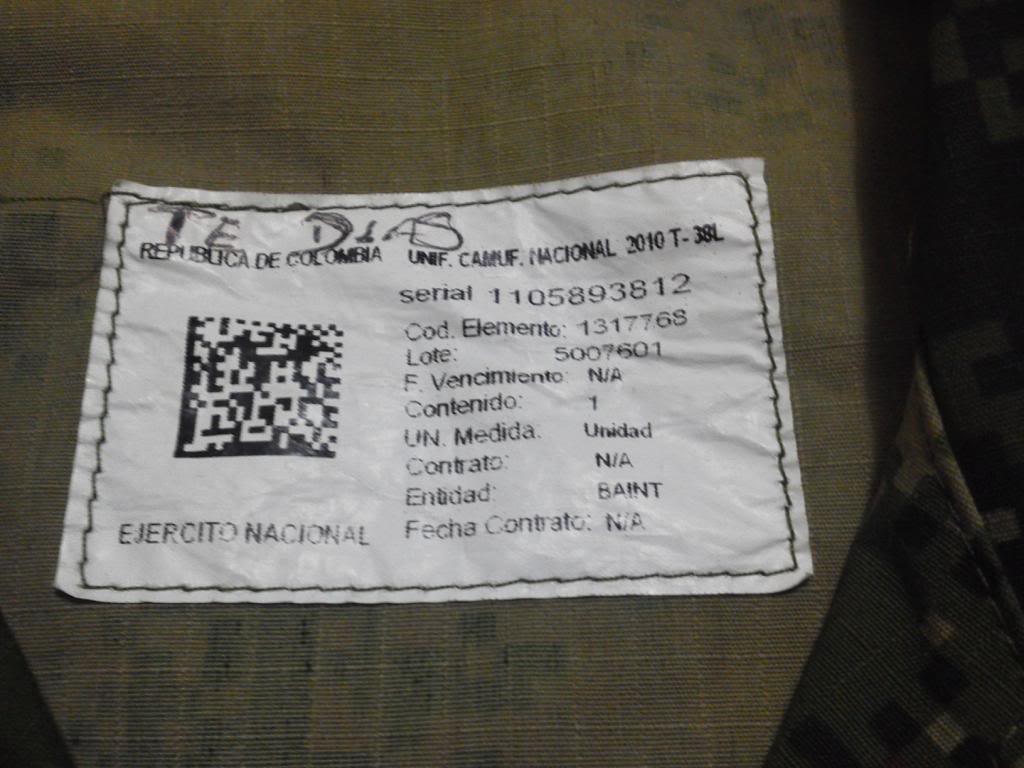 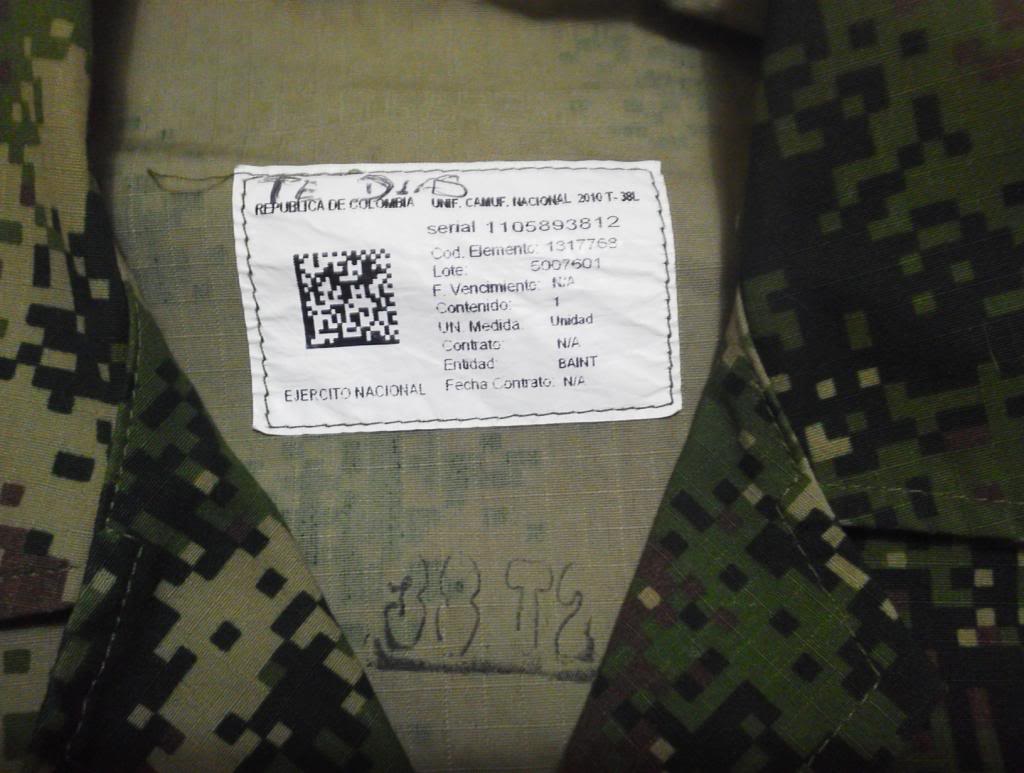 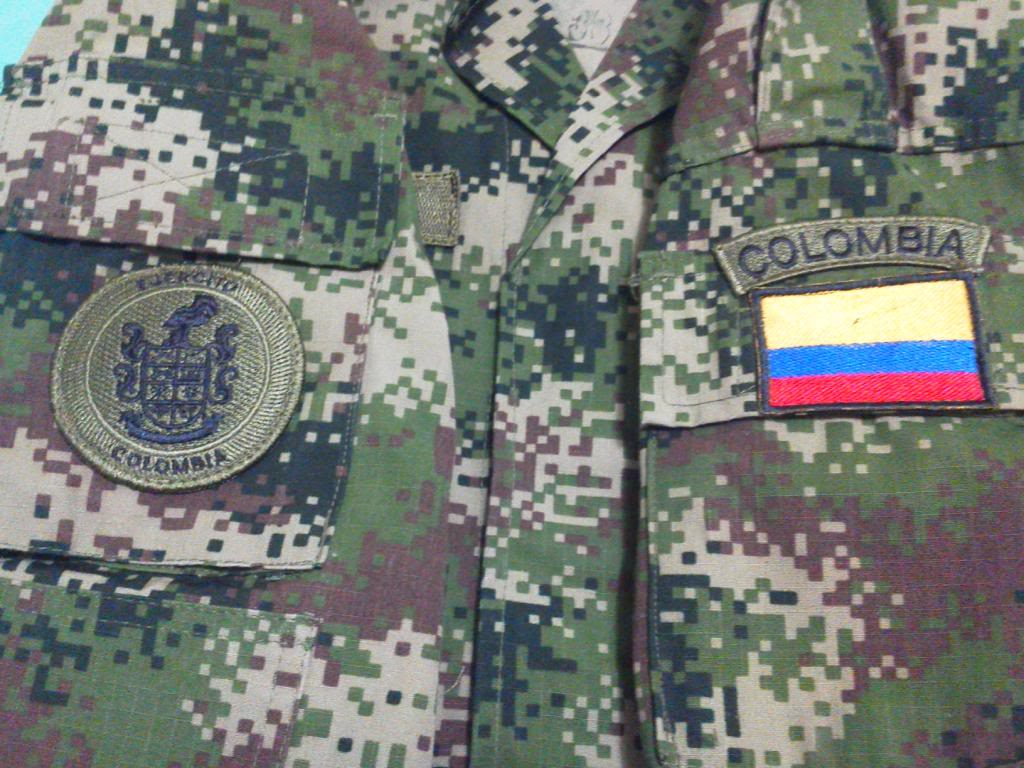 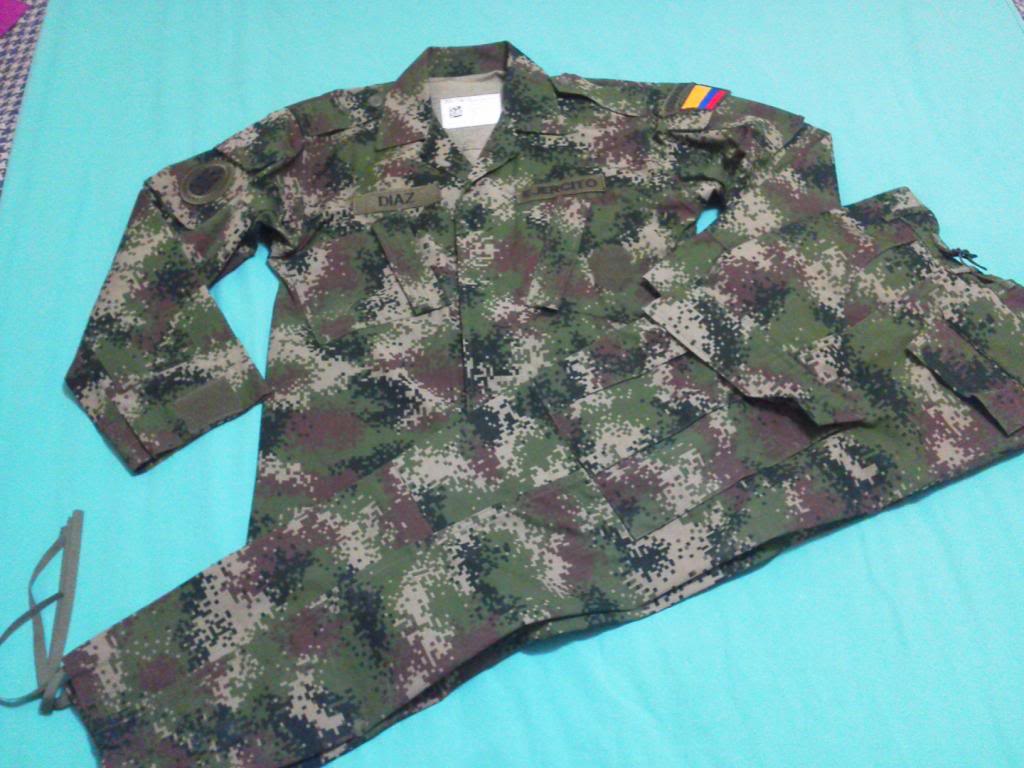 labels of the pants 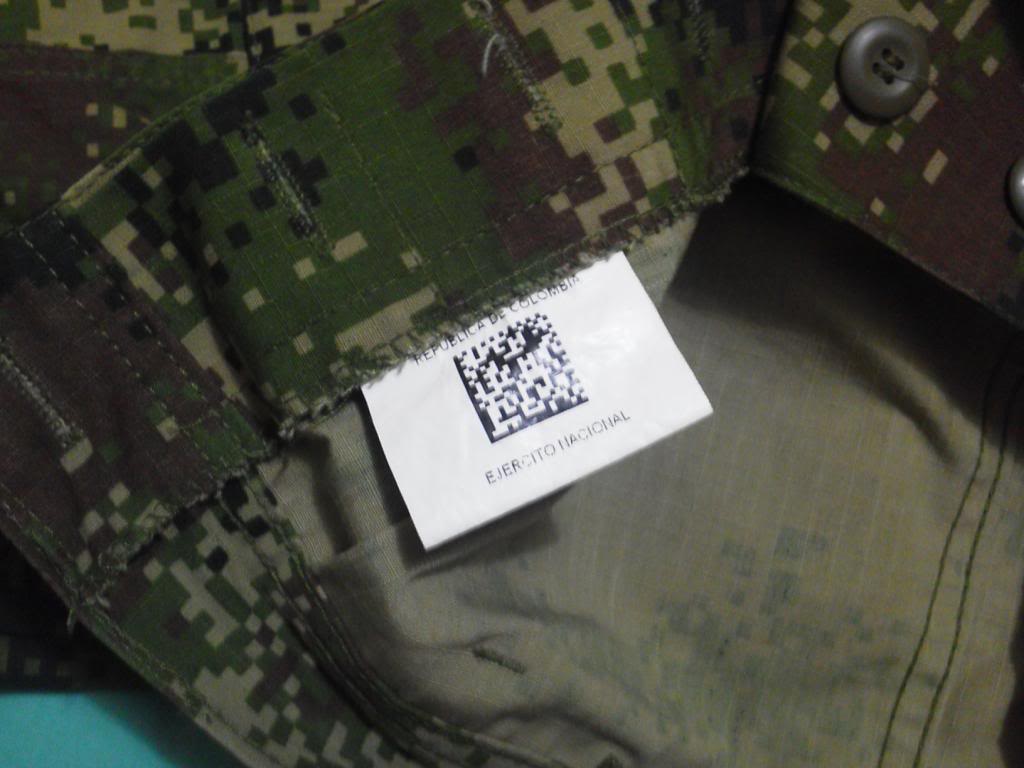 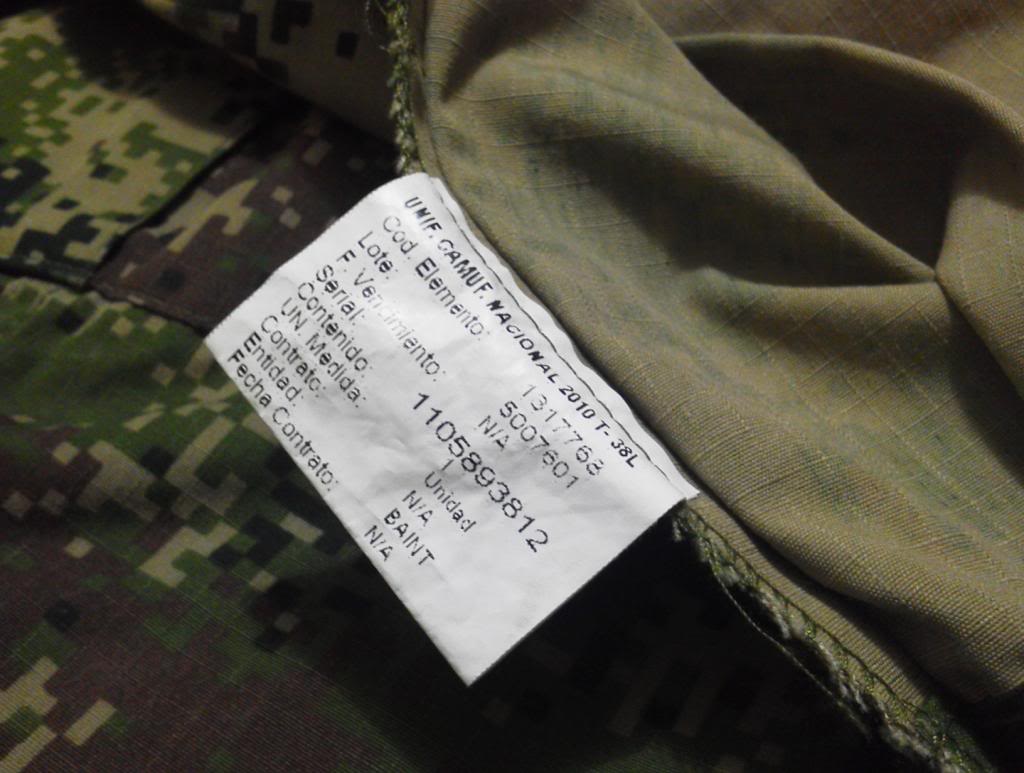 an interesting fact: each piece is numbered and the serial number on the labels and is also printed on the fabric. 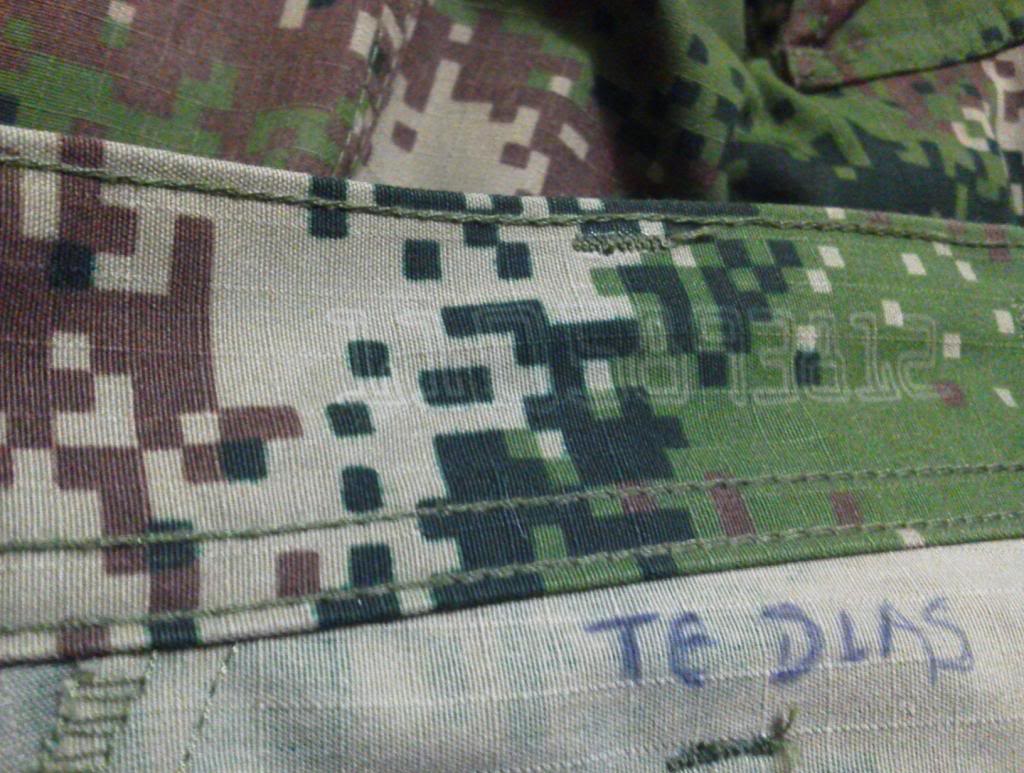 I hope you liked
cheers
ripcord

Thanks to all who contributed to this tread.. 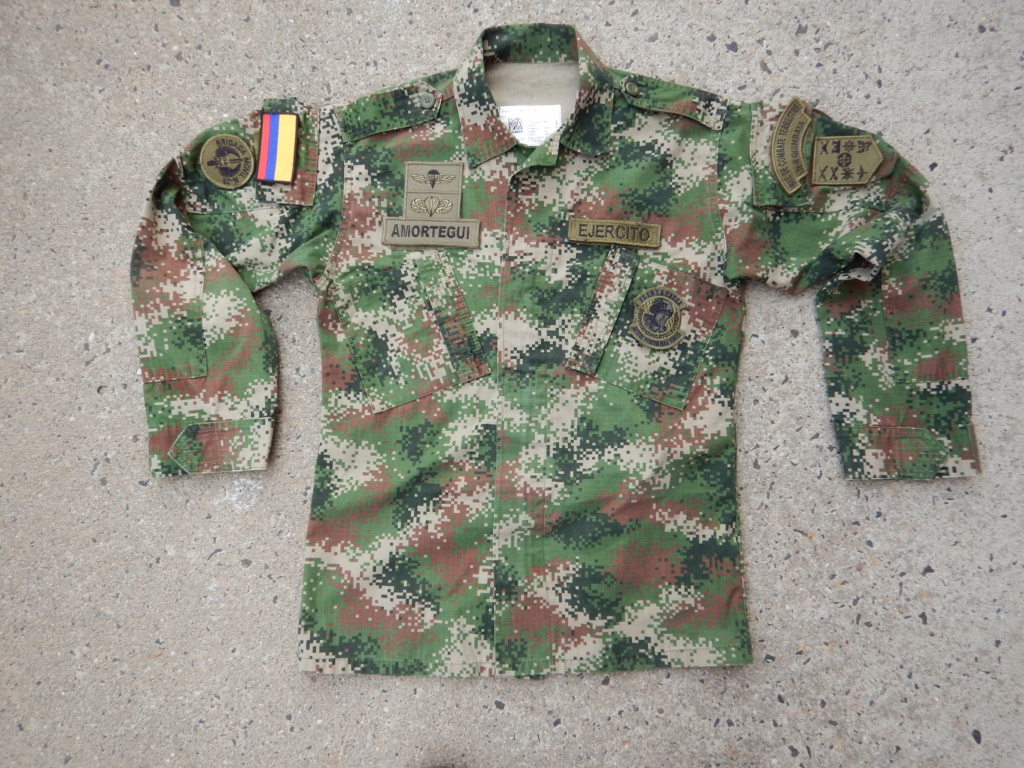 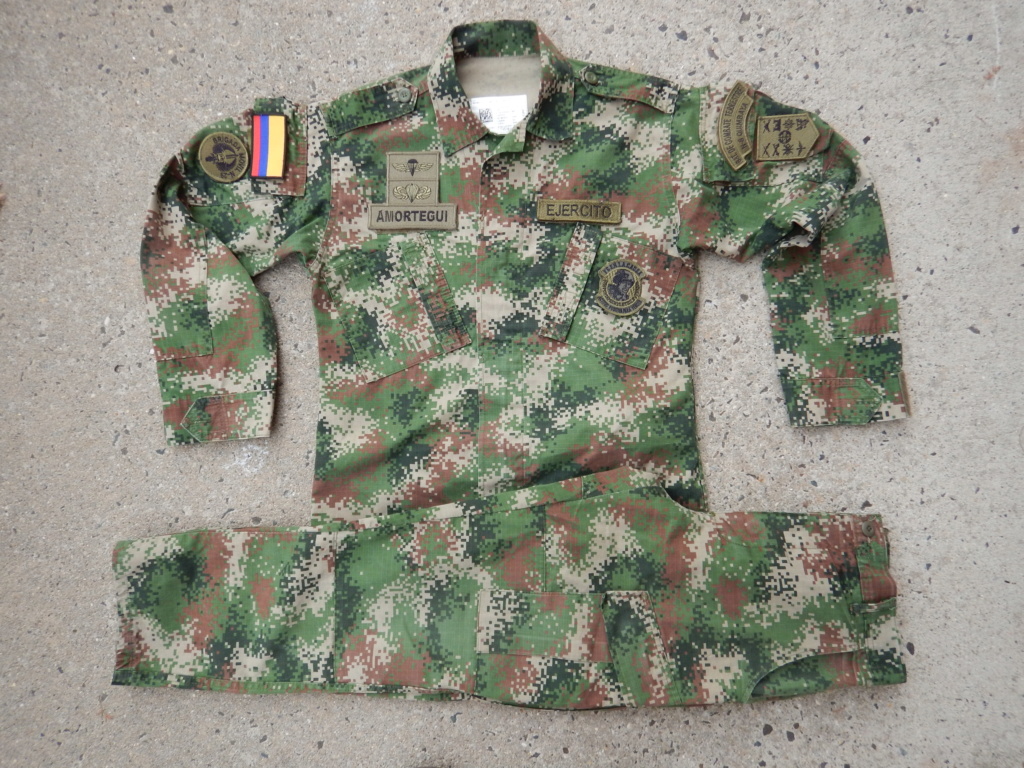