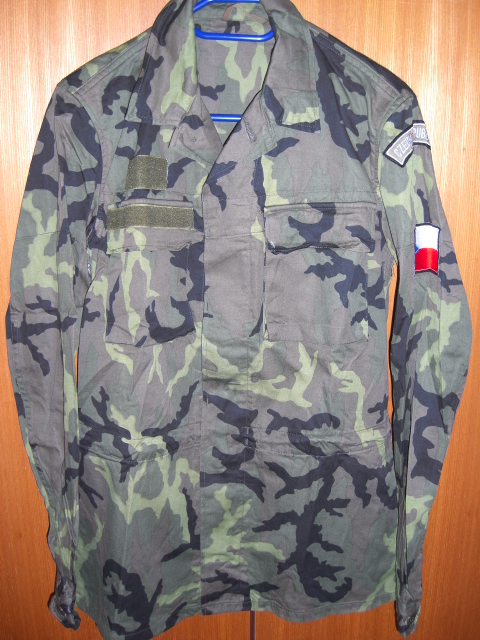 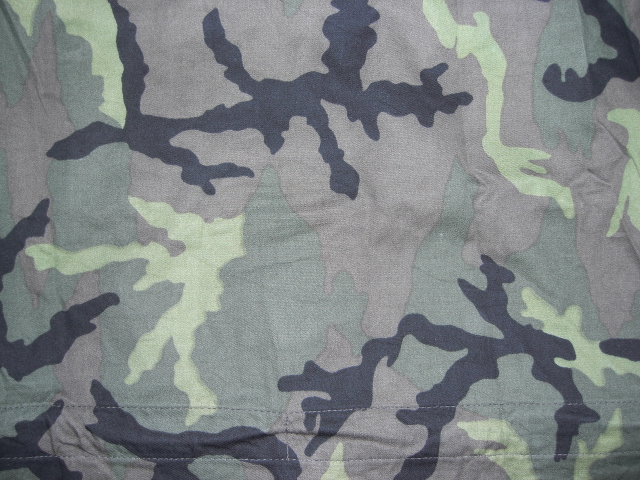 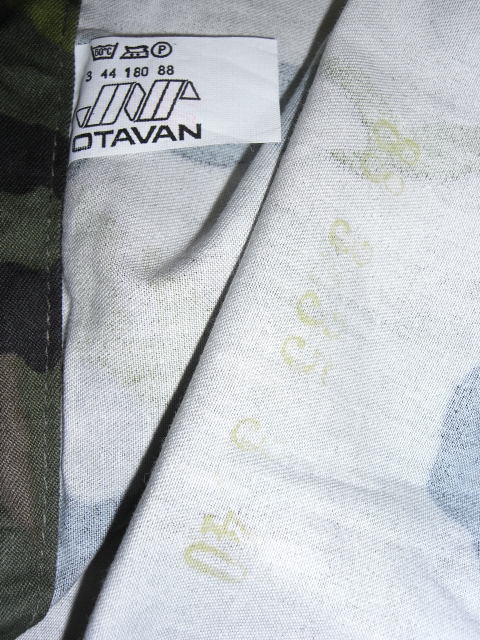 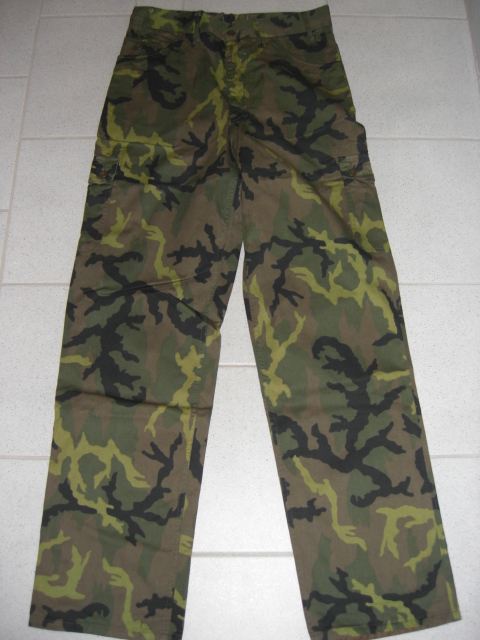 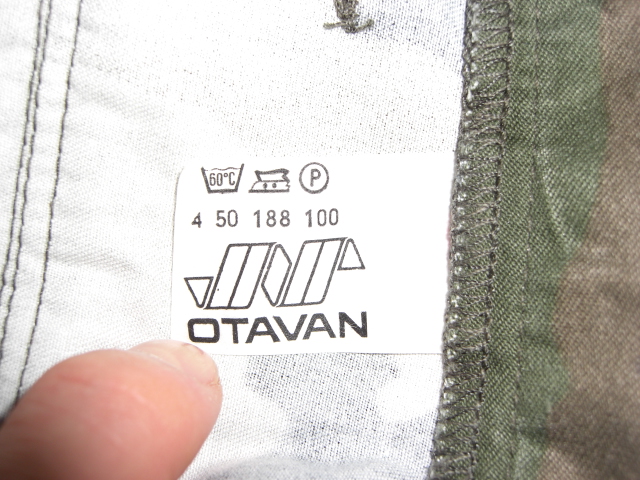 There should be ink stamped crossed swords and a date on the lower part of the right side of the parka's button front interior. At least I think it's on the right side

The trousers... I don't remember... but I think it's anywhere on the inside waistband.

The vz85 camouflage uniform is based on the green/brown vz85 cut, but obviously in a light camouflage cloth. The vz95, however, is a completely different cut. You can easily tell the difference by the jacket. vz85 doesn't have arm pockets, vz95 does. Interestingly enough, the desert uniform (although changed to ripstop) still uses the vz85 cut.

Other tip offs... the Czechs experimented with a number of different national identifications on the left arm. The very large Czech flag was the second major variation and it appears to have been used in the mid 1990s. The one before that was a triangular badge (not quite a triangle), the one after a much smaller Czech flag. They also played around with different "Czech Republic" arced tabs. I have a 1992 dated desert parka that is unissued yet it had both the first and the second types of badging on it, both now removed.

Very confusing, I agree! We camouflage collectors would prefer the designations to be nice, clear, and related to the camouflage patterns. But unfortunately, we don't have much influence with the militaries of this world

Uniform vz.85 exist in about 7 types in 5 different cuts and 3 different colors!
1. green regular army
2. green for airborne
3. green for women
4. green for the Desert Storm
5. green with 2 cargo pockets - I don´t know for what was this type
6. camo for woodland areas - similar to vz.95 camo as talked above
7. desert camo

Yes, and the "green" was also more "brown" sometimes! I have a couple of these uniforms and the colors are very different when held next to each other.

That´s right Steve. Colors are from green to almost brown. It is interesting because the production of these uniforms last only few years. More interesting is changing colors in vz.60 Jehlici. Next week I am going to scan uniforms from 60´s to 80´s.
Sponsored content