here is a pic of suely the 1st real camo tunic , made a French artist painter Louis GUINGOT in 1914; at that time French Army used camo for artillery and tanks while infantry soldiers wear red trousers (the camo suit was never adopted by French HQ... of course !)

Thanks for the link. I can read rudimentary French, so it will be fun to try to read the piece.

That photo is quite well known and the jacket is  widely considered to be the first documented camouflage garment.. 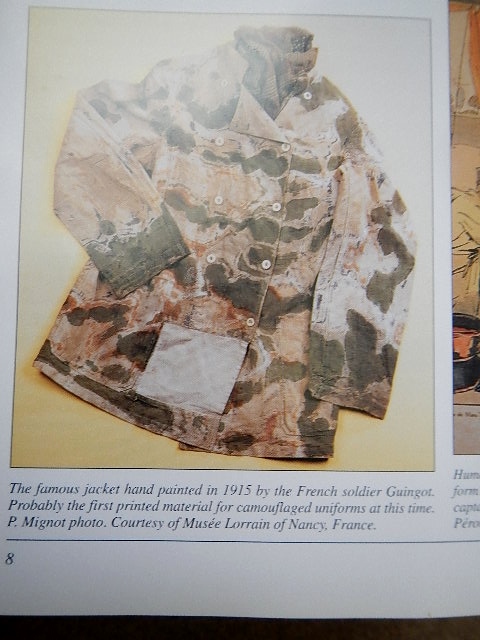 They have a handpainted British snipers suit in the WWI exhibition in the Imperial war museum in London, a real stunner. Not as early as the example shown here but it must be fairly early in the history of camo uniforms.
Sponsored content