In the years 1971-73 the Danish Defence Research Establishment (DDRE) did a number of tests on different uniforms - both examining the Danish M/58 plain green uniform (new vs. used vs. washed) to determine if used uniforms should be redyed to improve the camouflage effect, but also examining American and British camouflage uniforms (some mentioning is also made of an upcoming West German camouflage uniform).

Luckily, the DDRE did an English-language summary in 1972 - saving me the trouble of translating

Two further uniforms of Danish origin (specified as U 4 and U 5) were included in the trial reported here. They are however not of interest fro the problem dealt with in this report, and further mention of these uniforms is omitted.

The data collection has been made under different weather conditions implying that no biased evaluation has been made as far weather is concerned. Further, different lightning conditions have been present during the trial eg.g. direct sun, shade and change from sun to shade. Due to the trial plan no special positions in the backgrounds can be favoured. The results are referred to two types of background which are characteristic for Danish nature. Direct conclusions with respect to other backgrounds should be made with great care. It has not been the aim (and is not possible based on the chose trial set-up) to evaluate the camouflage effect on short distances (ambush effect).

It is stressed that the trial results reported here are only based on observations in the visual range and that this, together with the assumption upon which the trial is based, must be taken into consideration if conclusions are drawn from the results.

Photo of the uniforms: 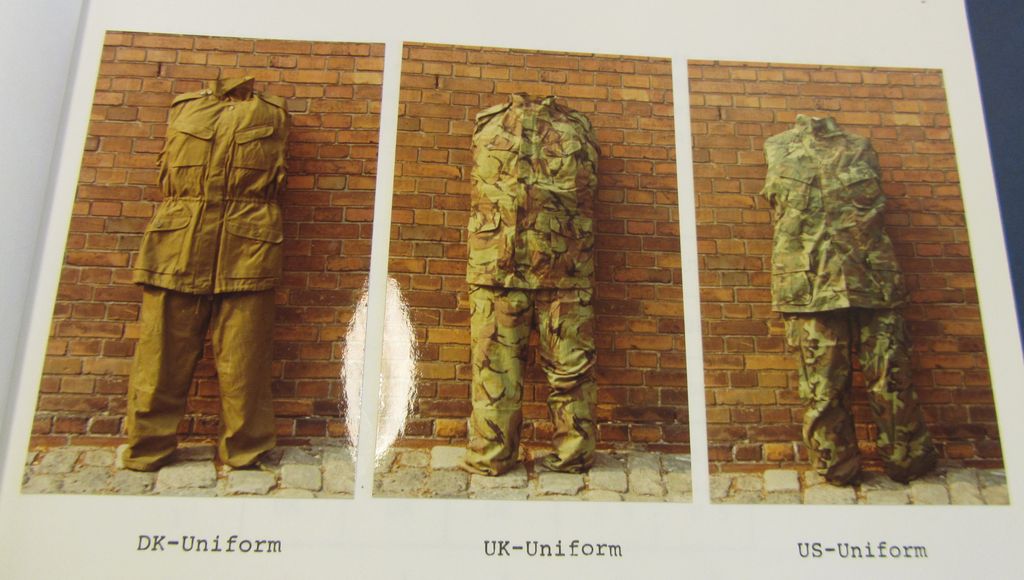 As you know later a version of the German Flecktarn was chosen with fewer colours than the original German version - the trial version was designated T/78 and field tested in 1978 and later issued as the M/84 uniform from 1984 (now being replaced by MultiCam...)

This is very interesting! It seems that the Canadians, Germans, Danes, and Swedes were all thinking about moving to camouflage uniforms around the same time. Canada and Germany went as far as producing patterns and testing them in the field. Yet none of them adopted camouflage uniforms until much later, with the Danes being the first. I guess they gave up being scientific about things and realized that camouflage uniforms is a good fashion statement

Do you think this early test had any direct relation to the selection of German Flecktarn for the T/78 program?