Here is my Dutch Web gear that I got from Wolverine. I am still looking for the 37 pattern magazine pouches which I am having a really tough time finding. Any help would be appreciated. 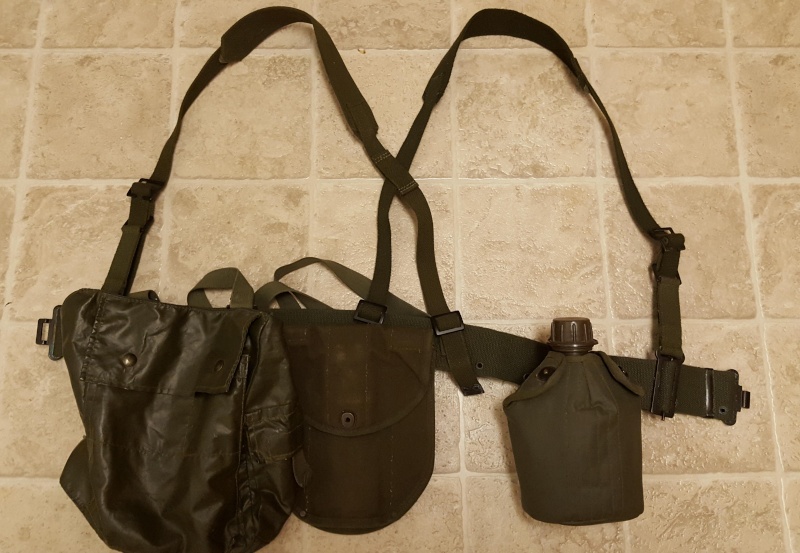 I've got no spare ammunition pouches - but these are usually easy to find in Dutch surplus shops. In any case, period photographs show that ammunition pouches often were not worn during the 1970s-80s. Note also that the etool (either the German-style or the actual US-made M1943) was worn upside down, with the wooden handle tucked behind one of the rear brace straps. I also have some of the earlier style etool carriers for sale or trade if you are interested. Both types of carrier seem to fit all of the various shovels that were issued. Did you find a pack yet?
filupe

The Dutch also used a twin cell magazine pouch carrying 2 x 7.62mm magazines side by side with a grommetted tab underneath - somewhat similar to the Portuguese G3 mag pouches as used in their colonial conflicts.
Wolverine

I believe that those magazine pouches were particular to the Korps Mariniers - they came in two and three cell versions, in OD, and white webbing. I have never seen any evidence that these were issued to KL troops.

I have posted photos of the three cell pouches here: https://iacmc.forumotion.com/t9689-korps-mariniers-webbing
fallout

"The ammo pouches, which are connected to the front of the webbing, are disposed off in the first part of the 70's. After dispossal they where ONLY used during the "Nijmeegse Vierdaagse". Ammo pouched connected to the "koppel" (big canvas belt) for the FAL and UZI where used in Libanon and by special forces from the end of the 70's till the end of the 90's. You did have two magazines, 1 in the weapon, 1 in your pocket. At war time exactly the same because they reckoned that a lot of your fellow soldiers would be dead (or severely wounded) quickly so their should be more than sufficient ammo around. (for instance. If war broke out: a scout at the East German boarder had a life expectation of max. 3 min.)"

I got this info from a Dutch group who collect post war Dutch militaria. They also said:

"normally the soldiers only carried there "koppel" with attached canteens, sometimes a shovel, and mandatory a gas mask. In the '80's it wasn't the K-mask any more (discarded in 1973) but the C3 gas mask. A bayonet wasn't worn after the second half of the '70's (a bit depending on which company you was in.
Full gear was only worn by infantry on displacement to another area. If the arrived all of the stuff like "gevechtstas" "ransel" etc was left in bivouac."

And for those of you who don't know what gevechtstas and ransel are, they are the large and small pack.
fallout

Oh and another bit of info that I have, on the tri folding shovels they shovel was dutch made but they used US made covers. Later on I will post my Dutch stuff.
Wolverine

I do have some KL tri-folds with plastic carriers that are not US-made, and apparently not German-made either. I will have to pull them out for another look...

I agree that the basic ammunition pouches seem to disappear entirely from photographs of Dutch troops after the early 1970s.
fallout

Interesting, well I know that they used US covers too, a dutch friend of mine got his stuff from the vet and it had a KL tri fold shovel with US cover. I wonder if the dutch did make a cover why did they also use US ones?
Wolverine

Could be that there was a shortfall of carriers at some point? As I recall, the Dutch-issue plastic carrier is a brown shade, quite distinct from the US examples.
Stotski 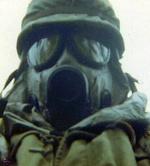 Dutch soldiers Existence Load: any suggestion about content and method of carrying of this "tanker rolls"? 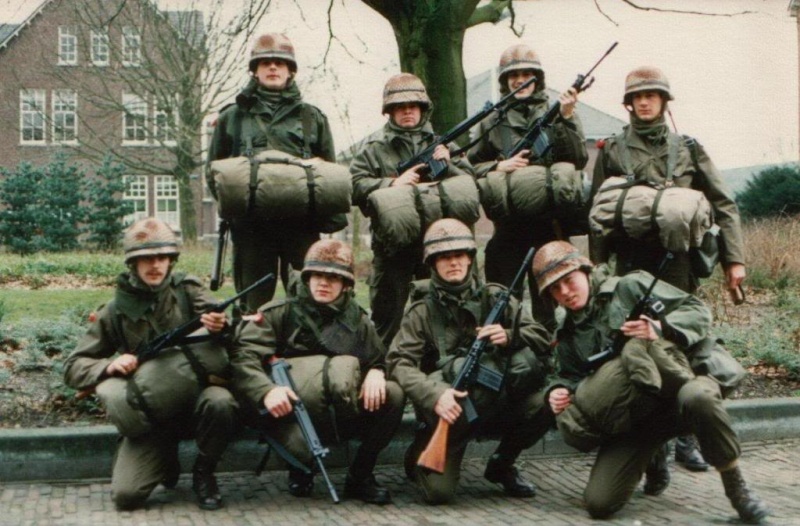 First quick look at the pic thought they were Argies!!!!

The Marines issued a close copy of the M1956 sleeping bag carrier, but not the army. However, I have something like an improvised carrier that I found in a bin full of misc. straps in a Dutch surplus shop. It is probably the same as what is in the photo. This type of roll is also illustrated, albeit poorly, in the Dutch soldier's handbook.
Wolverine

Here is my Dutch set up, circa 1960s. All pieces are Dutch made, except for the basic pouches, and one of the pack straps, which are original WE 37. They have been blancoed, and both pouches are named to a Dutch soldier. The e-tool I suspect is one of the post war examples, not a left over Wehrmacht piece. I don't see any markings on it. 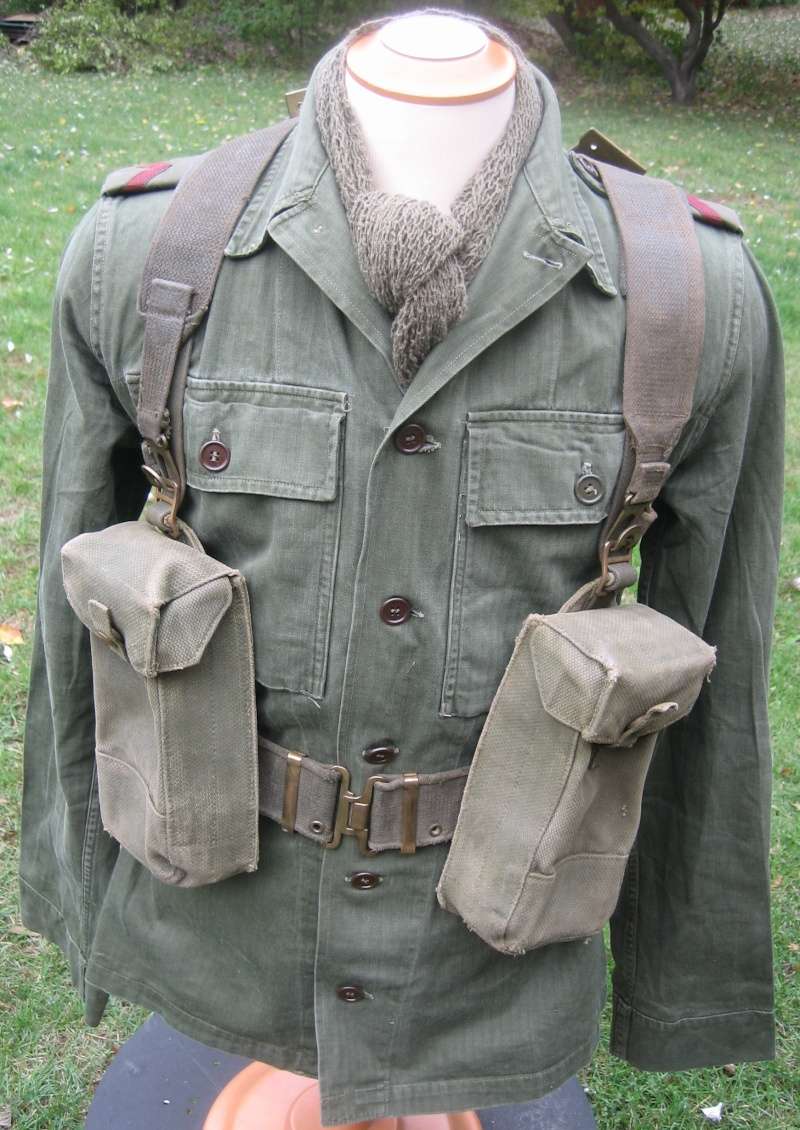 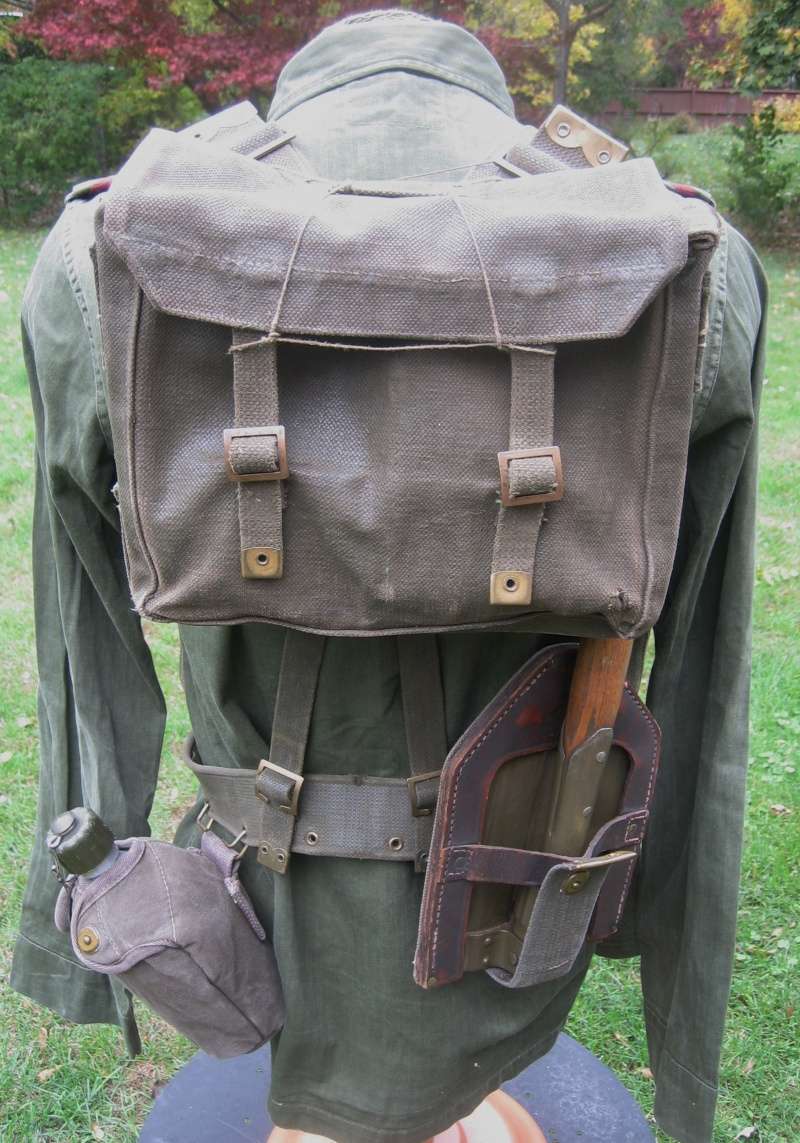 This is the early style metal canteen, with the tall plastic cap. The later brown plastic canteens are more commonly found these days. One type of cup fits both types of canteen. 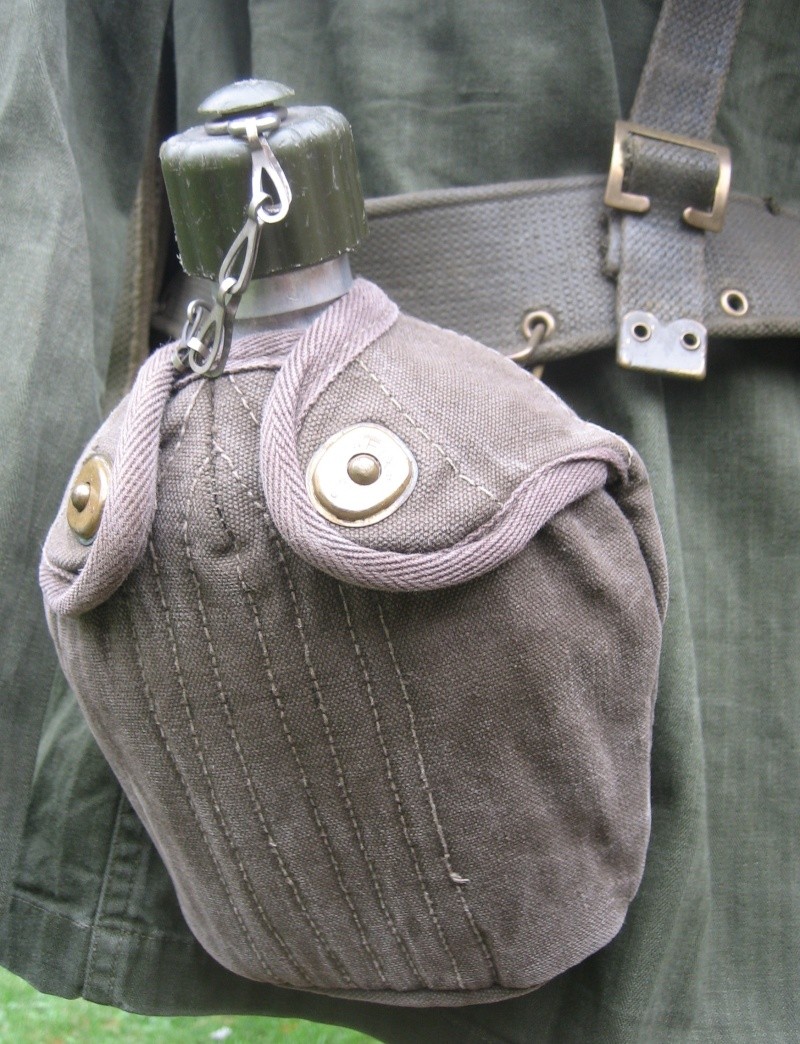 And finally, the K type respirator and carrier: 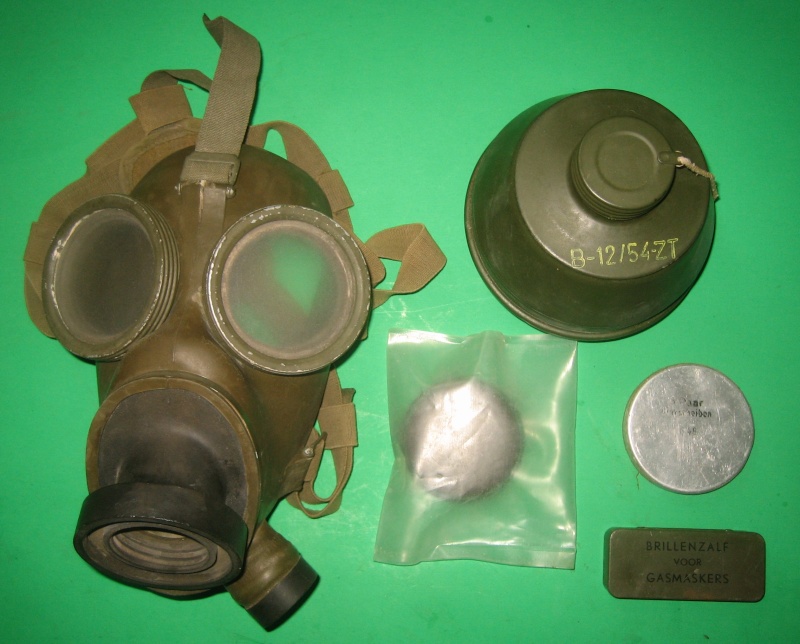 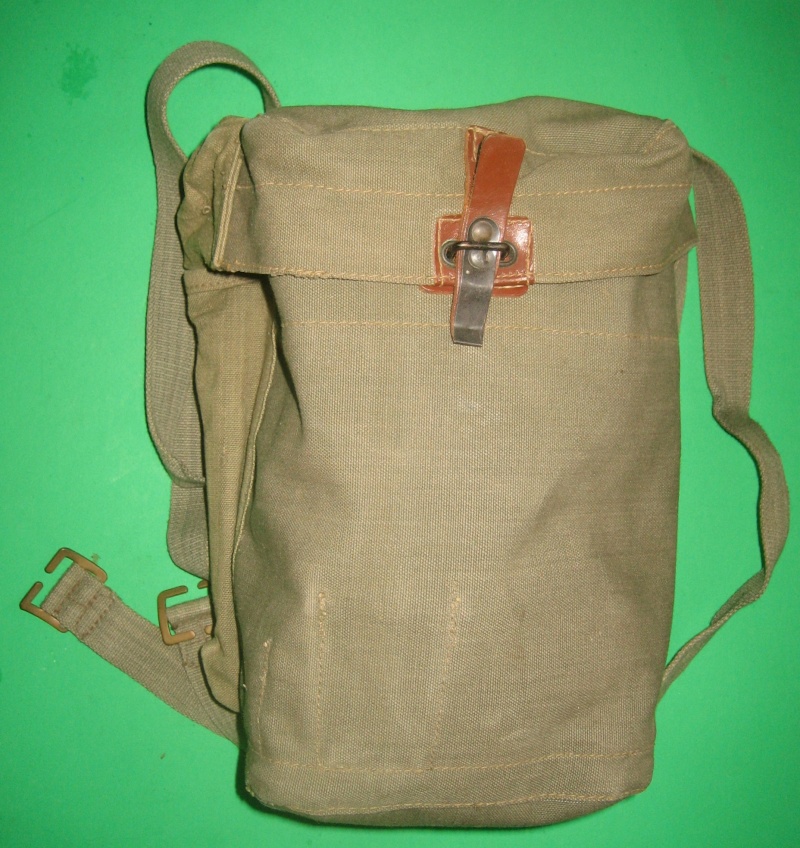 Very nice,like it a lot. Just having a rummage through my various boxes of spares and have come accross a part set-for an officer Im guessing as has the brace extenders. Belt,2 shoulder straps(1 Dutch,other British) and the 2 Dutch made brace extenders.
Wolverine

Gulf91 wrote:Very nice,like it a lot. Just having a rummage through my various boxes of spares and have come accross a part set-for an officer Im guessing as has the brace extenders. Belt,2 shoulder straps(1 Dutch,other British) and the 2 Dutch made brace extenders.

Thanks - your stuff could be for an officer, although after about 1970, the ammo pouches seem rarely to have been worn by anyone.
Sponsored content