I mentioned it here for a few times but than I noticed it is not described here.

UTON vz. 75 was a knife designed for the special units (paras, rece and pilots) as a personal weapon for selfdefense, silent termination of enemy and also for solving issues with parachute. During the jump they were worn on the chest attached to the reserve parachute. Latter it became available to other units as well. Now it is used also by special police units and some prison guards.

Design of the knife is pretty simple. Chrome steel blade with fake upper edge and rubber anti-slip handle. The handle has small round and larger rectangular hole in it.

Knife came in leather holster with approx. 1 m of paracord and two additional tools - saw which could be used also as the screwdriver and the file. Both tools should fit into rectangular hole in handle and then it is secured with metal end of paracord.

I think that the file and saw are pretty awkward to use as you are "stabbing the air" with the blade point on the opposite side when using them.


My knife has some user modification as the fake edge was also sharpened - something that would win the soldier who was issued it a few days in prison. It has also written MV with ballpoint pen on the sheath. On the opposite side there is "Maveryck" written on it :-) It was obviously used by movie fan with bad English :-)


These knives are not made for the army anymore. The manufacturer has release multiple versions for civilian market. The manufacturer claims that the civilian version is same quality as the army one however users disagree... The main difference is the material of the handle. And the stamped number on the other side of blade (On the army knives it is number of the produced batch of knives not the number of individual knife). 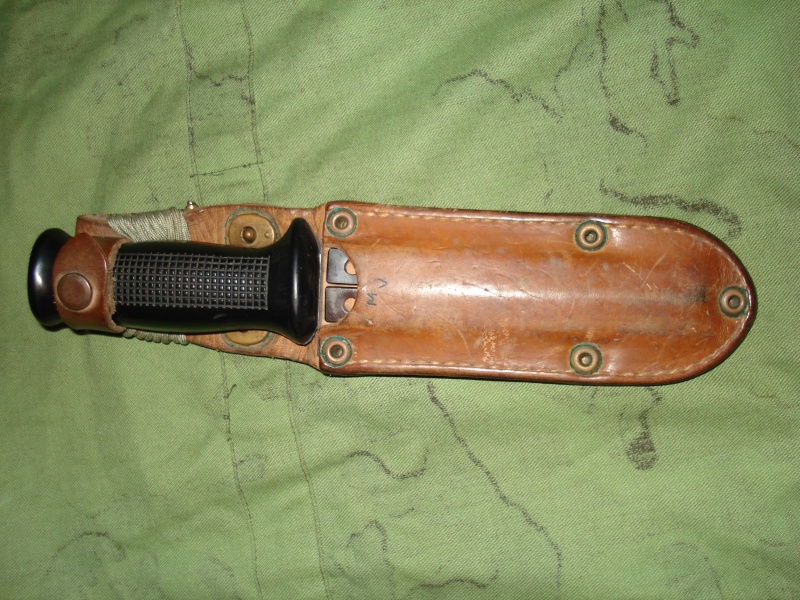 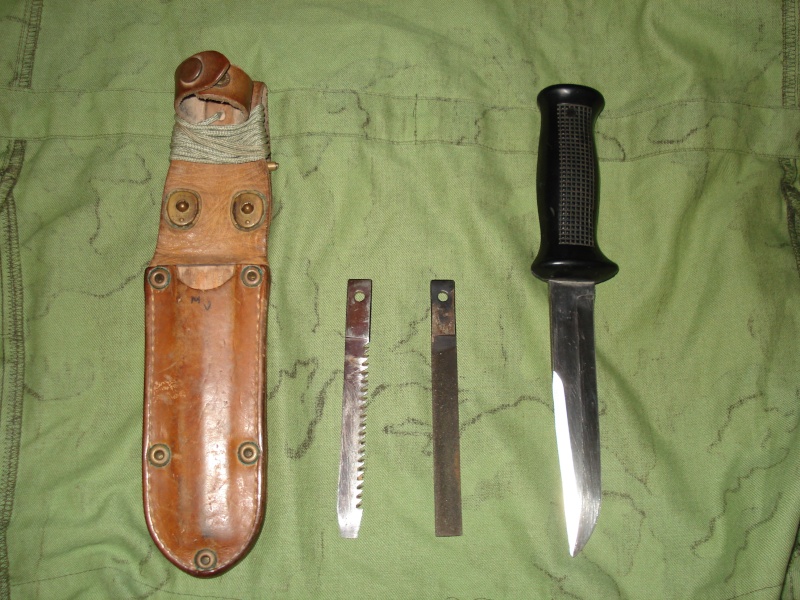 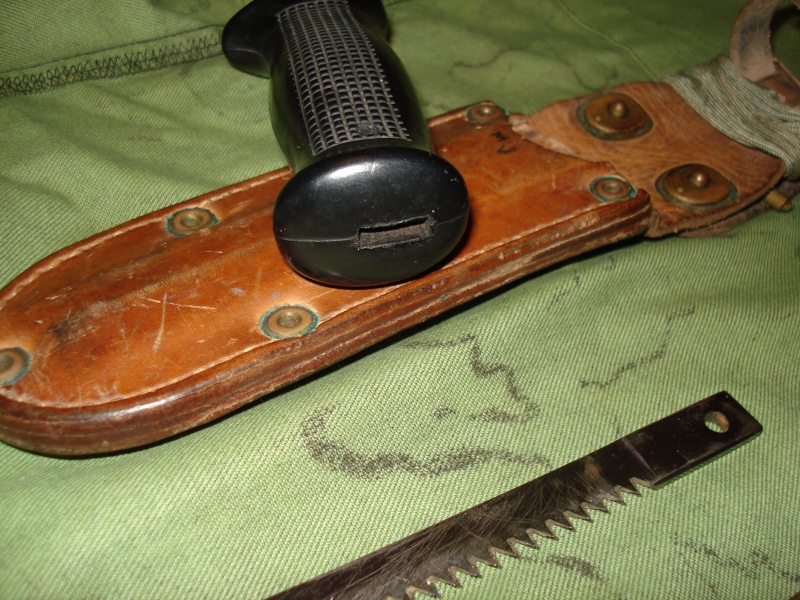 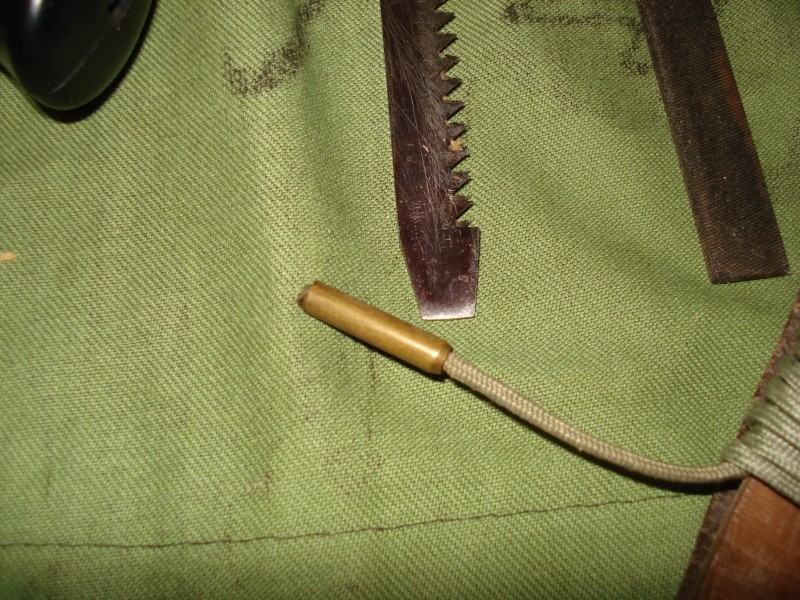 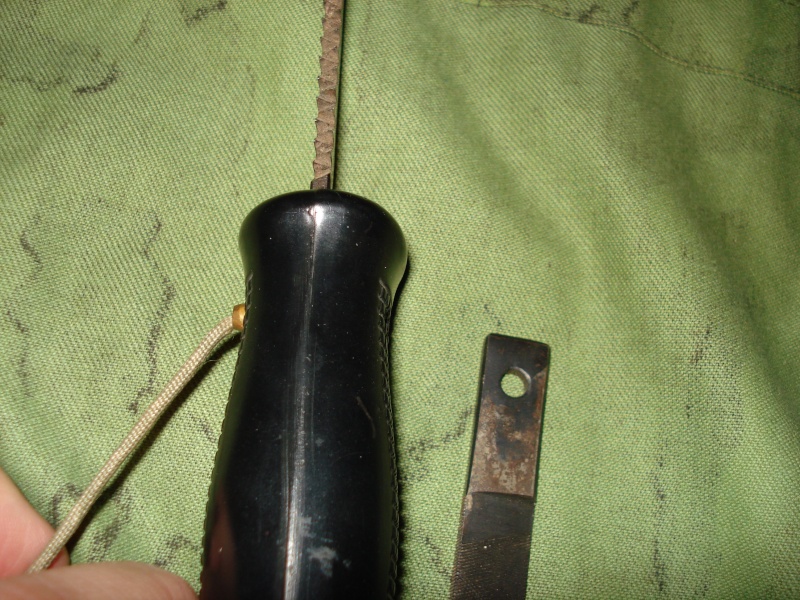 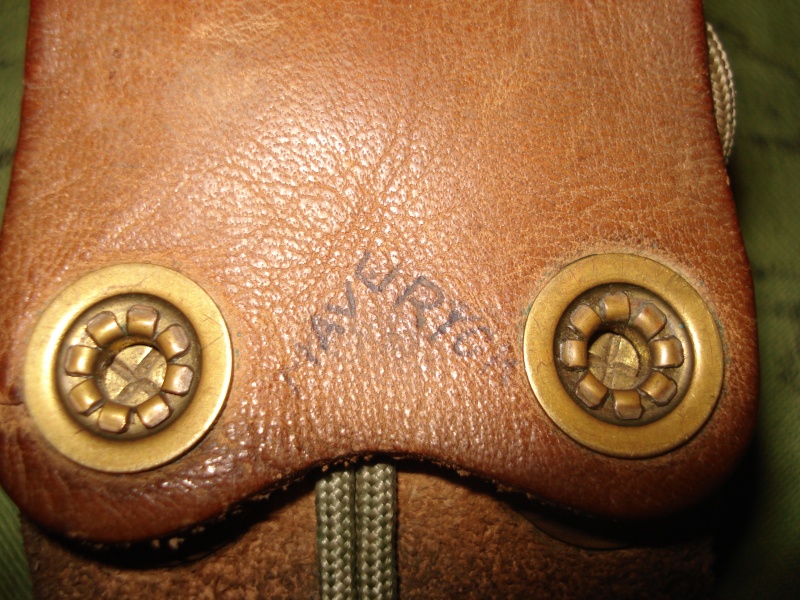 I like the design of this knife.
They also aren't cheap am I right?
Thibir

Lets start with military versions. All of them are marked with number on the RIGHT side of blade (edge pointing down and point away from you). 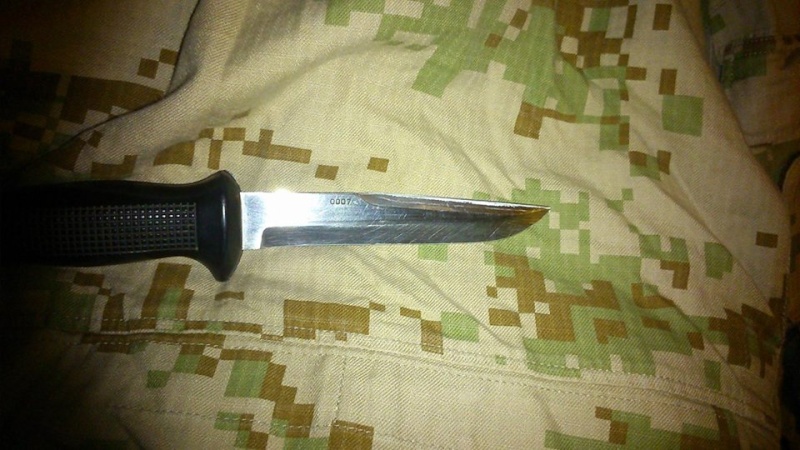 Versions 1 - 4 are marked on the base of the blade and vertically. Versions 4 - 7 are marked further from the base and the letters are horizontally oriented. Yes, you noticed it. Version 0004 can by marked both ways.

There is also civilian version made in early 90s which is marked on the left side and has shinny rubber grip. They were manufactured until the stockpile of the "army" handle material lasted.

Also it is interesting that the civilian versions are sometimes found in army warehouses. It is because the army version is said to be of better quality. So some soldiers in 90s kept their issued knife and returned to the armory civilian version they bought specifically for this swap. 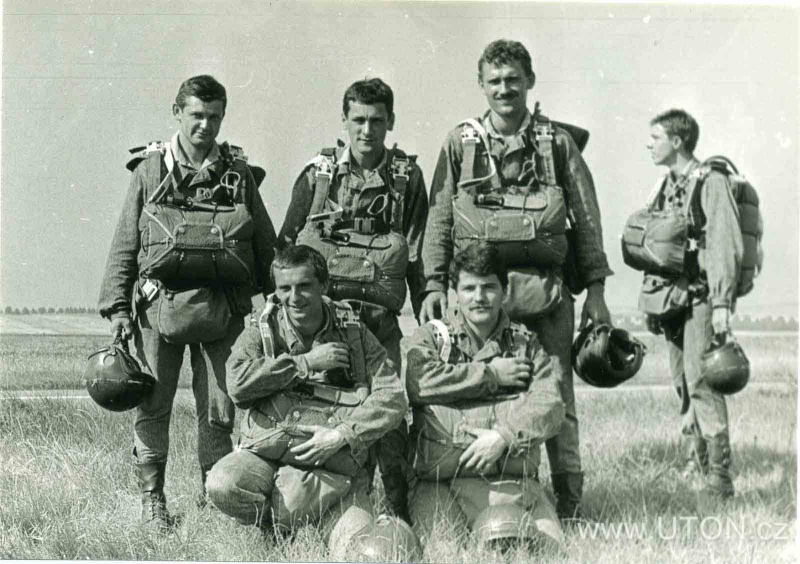