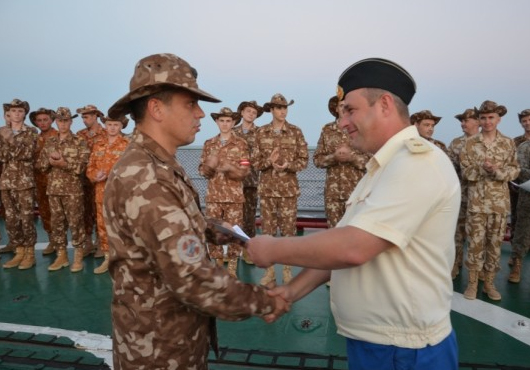 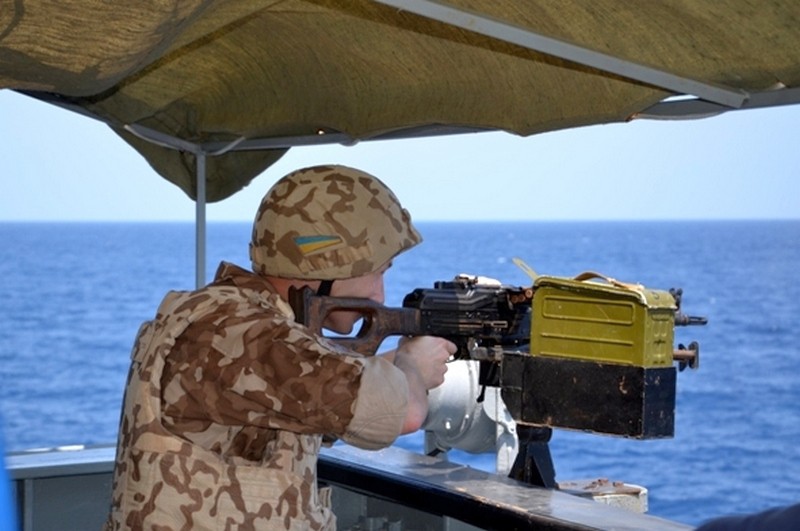 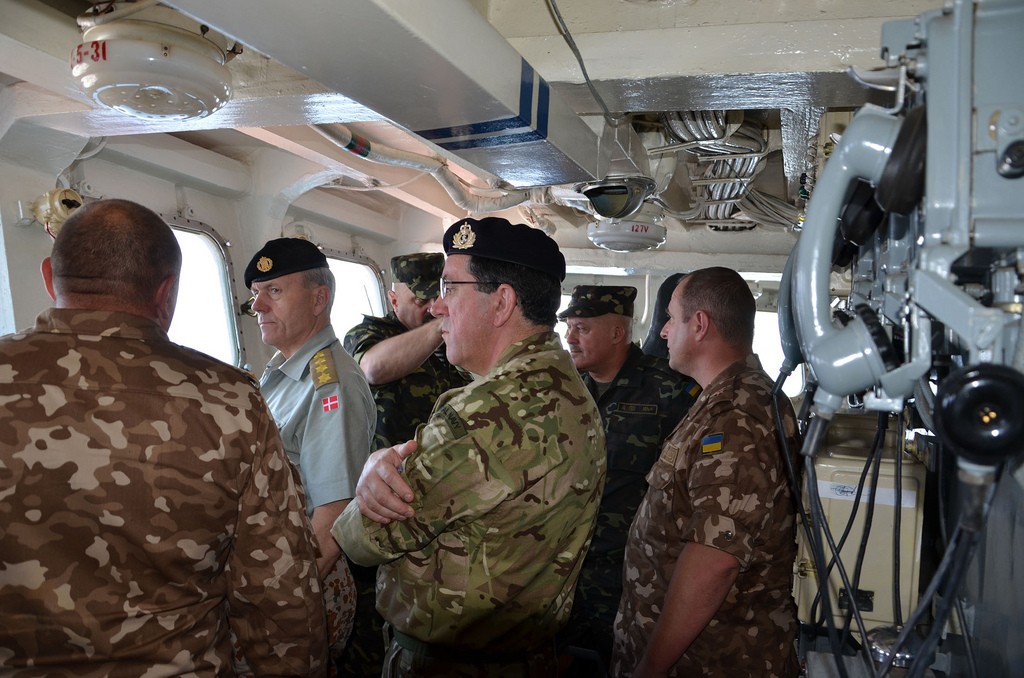 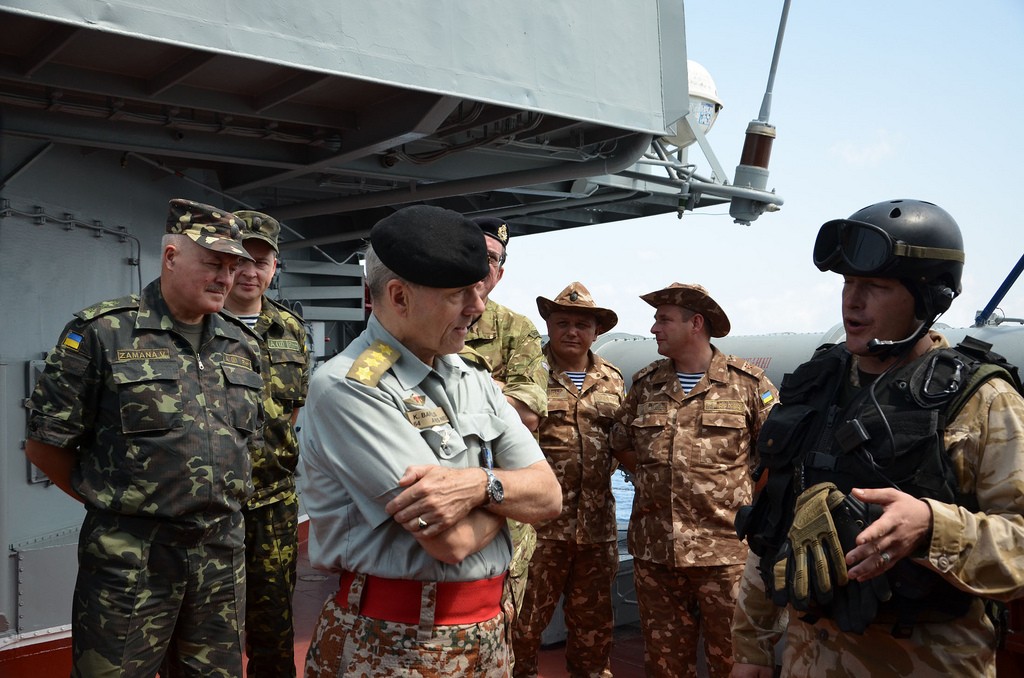 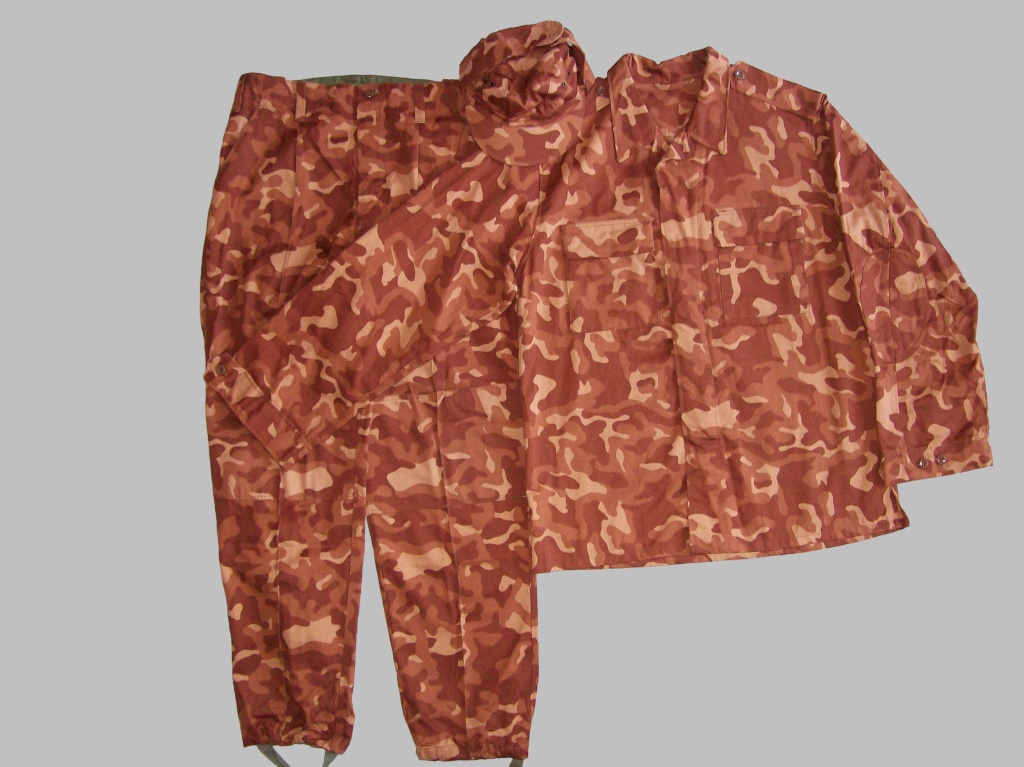 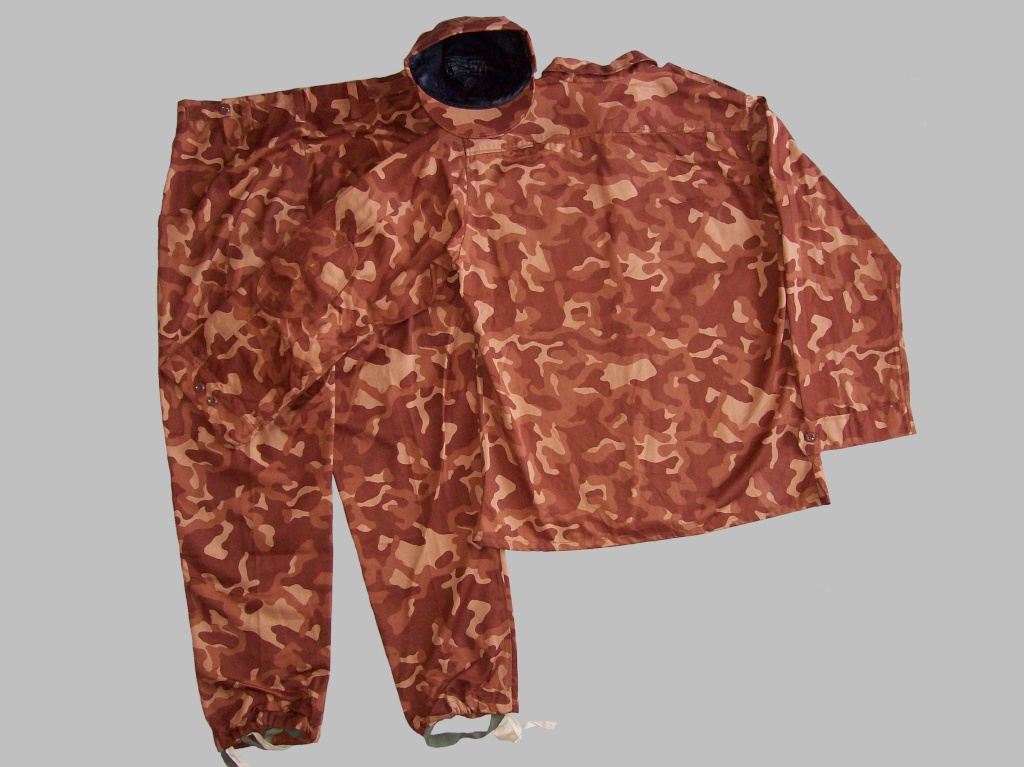 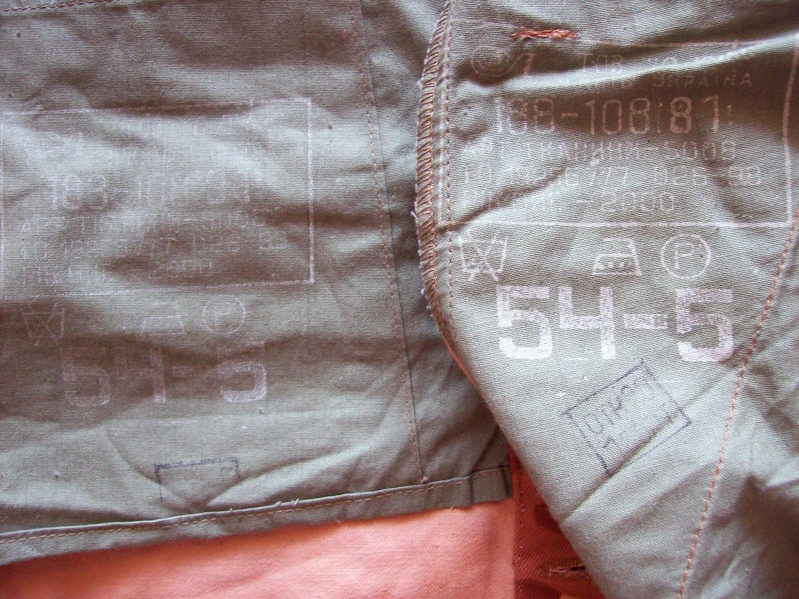 Is that really an own navy pattern or just another color variation of the desert camo?Looks interesting.
CollectinSteve

Gilles' uniform is dated 2000 and that looks similar to some that were used in Iraq. The recent pictures (with the Danes) seem to be using a more subtle colored version, but at least one guy standing at attention in the first picture seems to have a uniform that is more orange.

I have a Ukrainian officer friend who might be able to answer this for us. I'll ask! 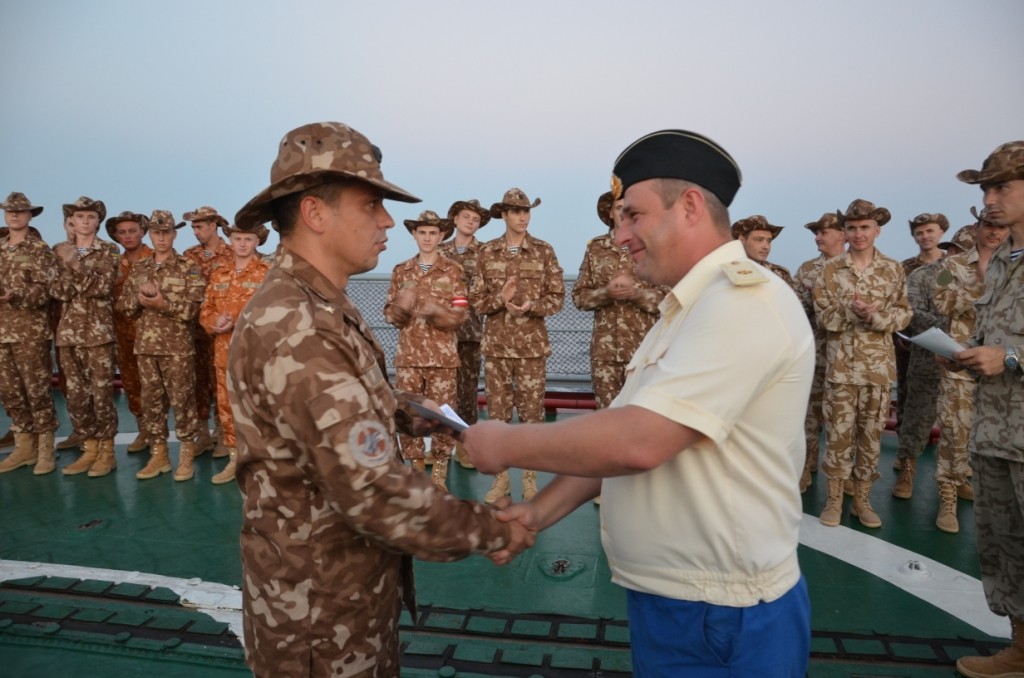 The information I received is these uniforms were produced in 2000 for desert use.  They were used in Iraq and found to be horrible, so they were quickly replaced.  As often happens the Navy got the unused ones and uses them still to this day.  Apparently they start out as orange as Gilles' but the colors wash out to a sort of orange tinted brown as seen on the other uniforms.

These pictures are on the Ukrainian Navy frigate “Hetman Sahaydachniy" during anti-piracy duties.  At least one of them is from 2013.