There is a new german/us television series about the Cold war called  Deutschland 83. 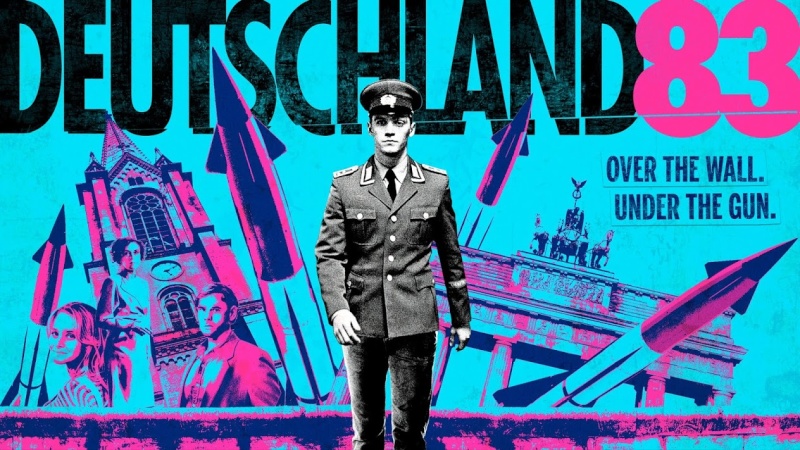 From Wikipedia, the free encyclopedia
Deutschland 83

Deutschland 83 is an eight-episode German television series starring Jonas Nay as a 24-year-old native of East Germany who in 1983 is sent to the West as an undercover spy for the Stasi. It is a co-production between AMC Networks' SundanceTV and RTL Television by the production company, UFA Fiction,[1] with international distribution by RTL Group's FremantleMedia International[2][3] and North American distribution by Kino Lorber.[4] The series premiered on 17 June 2015, on SundanceTV in the United States, making it the first German-language series to air on a US network.[5][6] The broadcast was in the original German language, with English subtitles.[7] It subsequently aired in Germany beginning in November 2015, and later in the UK on Channel 4 beginning in January 2016. 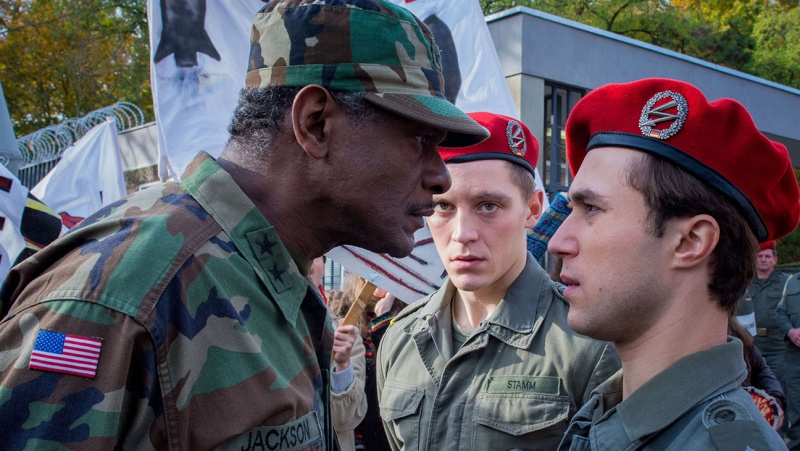 Yea i saw it too last nite,great series! thats why i made a post fr it here! i hope we get a 2nd series!
CollectinSteve

Yes, the American flag on the 2 start General's jacket is totally incorrect. Man, I've got a dozen spares... I'd have sent them a couple for free if they had asked

Great series, they only should improve the way they wear berets.

Philip wrote:Anyway, US flags were not typical for the 80s...

Yeah, and I think the general's stars are two separate stars instead of a single piece. Not that anybody cares, just fun to point these things out!

Many years ago I read some rant about how unrealistic and shoddy Saving Private Ryan was because they had a couple of helmets with post war chinstraps. If I ever become "that guy" I want someone to shoot me and put me out of everybody's misery

I just thought it was a breath of fresh air here in the UK as the TV is God awfull,nothing but unknown z list celebrity reality, dance,cooking or crappy popstars type shows on every day.
Bolty717

The actor getting motivationally coached by the General was also in a German TV series, "Generation War" which was set in WW2 and based on 5 friends in Germany. He played a German Jew who ended up in the Polish resistance for a while. Good series.
CollectinSteve

Gulf91 wrote:I just thought it was a breath of fresh air here in the UK as the TV is God awfull,nothing but unknown z list celebrity reality, dance,cooking or crappy popstars type shows on every day.

That sums up American TV pretty well (for the most part). Long ago I used to think that the US exported these utterly crappy formats to other countries, but then I found out it is mostly the opposite with many of the "reality" shows coming from Europe and Japan. Now instead of weeping for my own country, I weep for the world

That said, the Internet and streaming services have made shows like this and "Generation War" available to people outside of their usual distribution zones fairly quickly and fairly easily. I'd say about 50% of all the TV and movies my wife and I watch are not made in the US. We're into season 2 of the Aussie show "Utopia" (Dreamland in US/UK) at the moment and that is some brilliant entertainment. Back in the olden days trying to watch something like "Allo Allo" required a) knowledge the show existed, b) knowledge of where to get it, and c) a hefty sum of money.

I noticed the Wrong Us flag coz i collect Us bdu and Dcu/s.thats what u get if yr militairy collector u start checking things like that!

And Yess Mylle(alex) the berets was al wrong tooo!i noticed that,it was one of the first things they teach u when ure in the army

Okay  Collectin Steve u can shoot me now!