Hi all,
I found these in my attic whilst having a clearout.
I always thought they were either Belgian or Dutch as never noticed the stamp on the inside of the rear pocket before

I thought all BP kit was sumpftarn. Are these genuine ? If they are, is there an amazing green smock to go with them ? 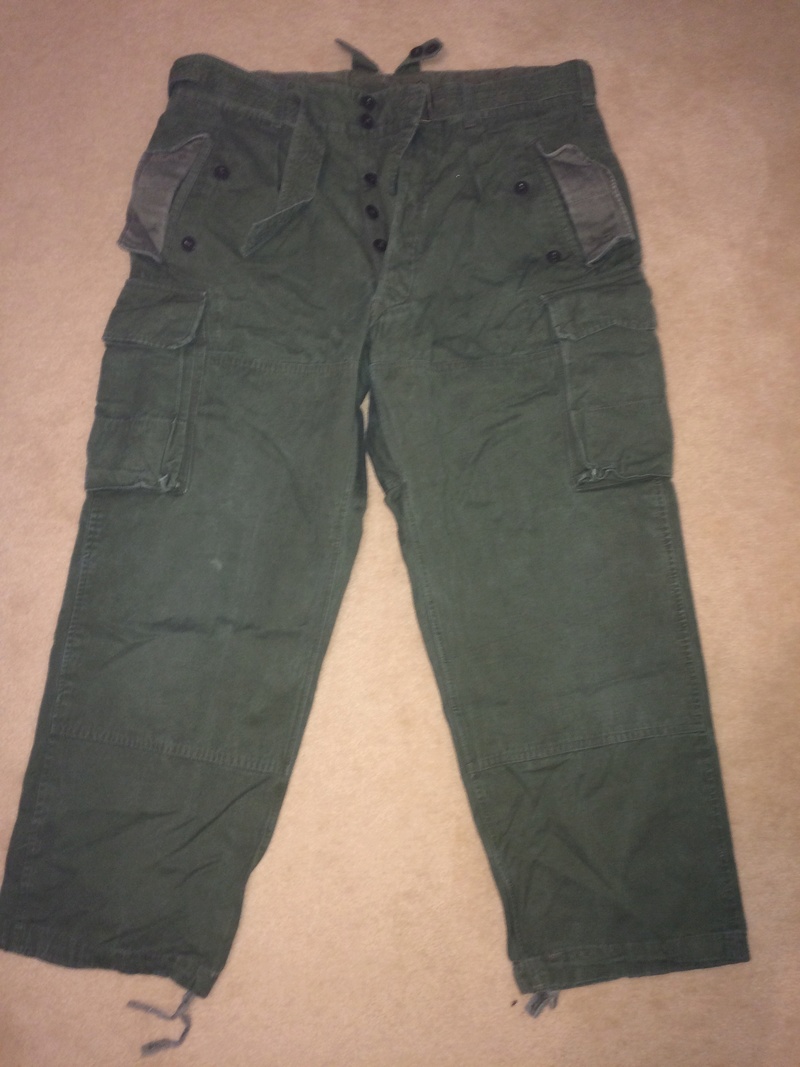 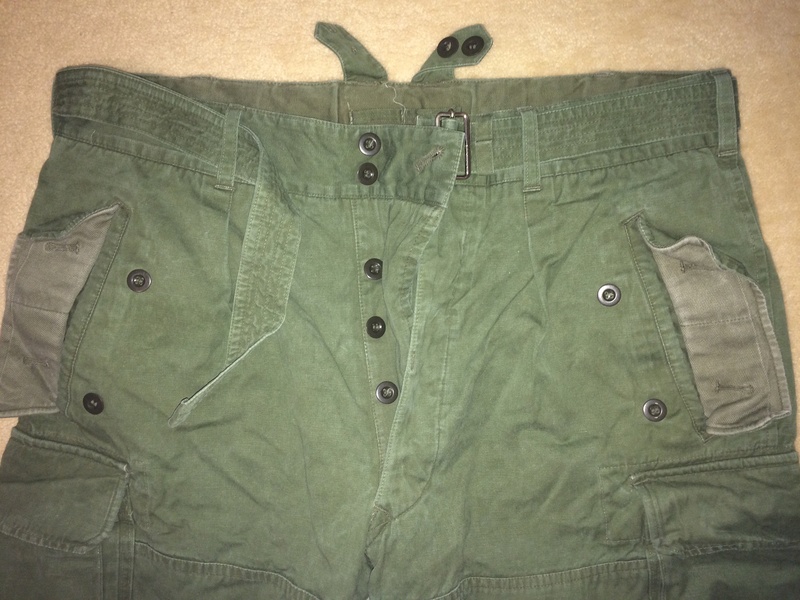 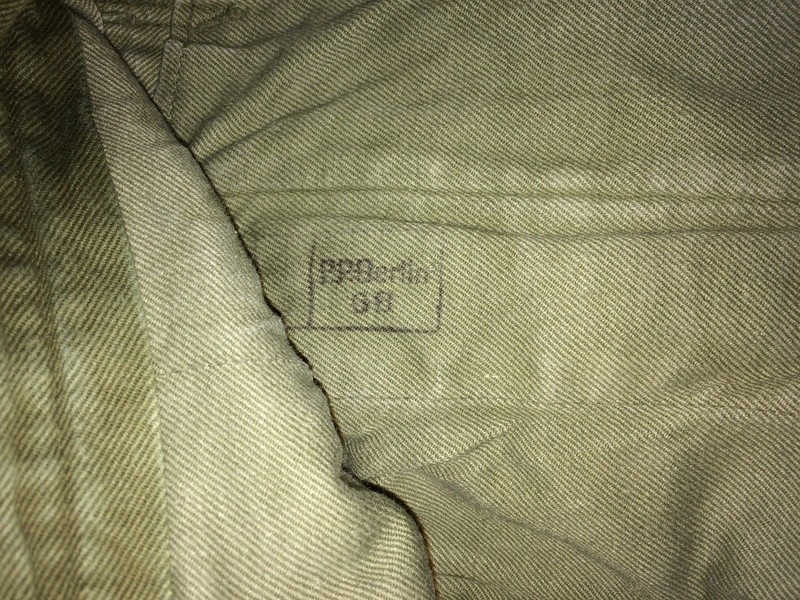 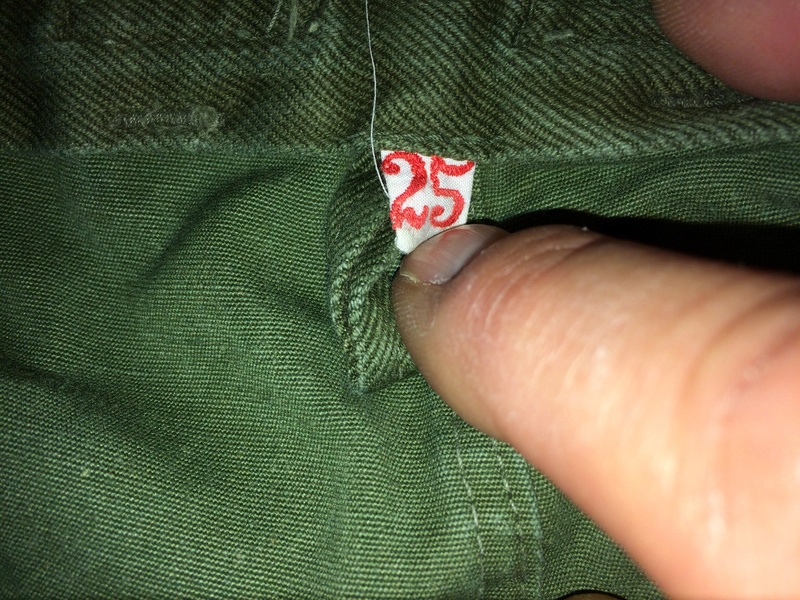 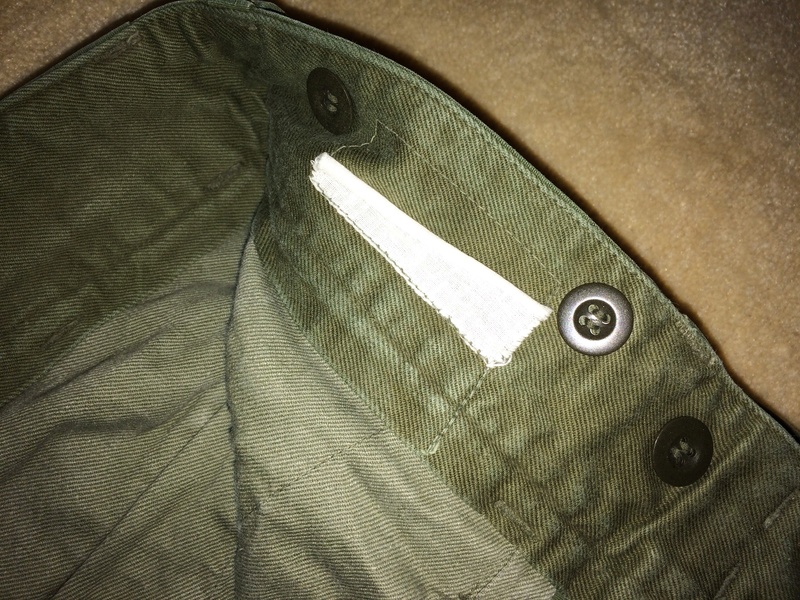 I can't speak to the German angle, but they are neither Belgian, nor Dutch.
CollectinSteve

Berlin Polizei for sure!  Probably mid 1960s through early 1970s.  The Sumpftarn was only used in the early 1960s and only for field exercises.  Neither they nor BGS used camouflage uniforms in the field because they didn't want to look too aggressive.  In the 1950s and early 1960s BGS simply wore their wool service uniforms, after 1962 they started wearing a monotone bluegray version of the Sumpftarn uniform.  This changed to a more simplified uniform in the late 1960s and early 1970s, then switched entirely to a green based uniform until the 2000s.

Here's a link to some of the Einsatzanzug ("action uniforms") worn by BGS and various Polizei.  Note that these uniforms were worn for all kinds of things, such as search & rescue, riot duty, and the like.

The jacket to match is pretty much identical to the BGS bluegray type that is seen in the above post.

If you're looking to move these trousers along, I'm pretty sure I have a hole in my collection for 'em

Thanks Wolverine and Steve, as always, the font of all knowledge.
Steve, i was going to list these on ebay.de but hapy to talk via pm before i do. Cheers, Dave
Sponsored content