Have squirreled away a small number of DBDUs over the years; following are fairly recent acquisitions and all are somewhat  different from one another.

First up , dated  1983, Arkansas State Guard  DBDU with stenciled name and US Army  . 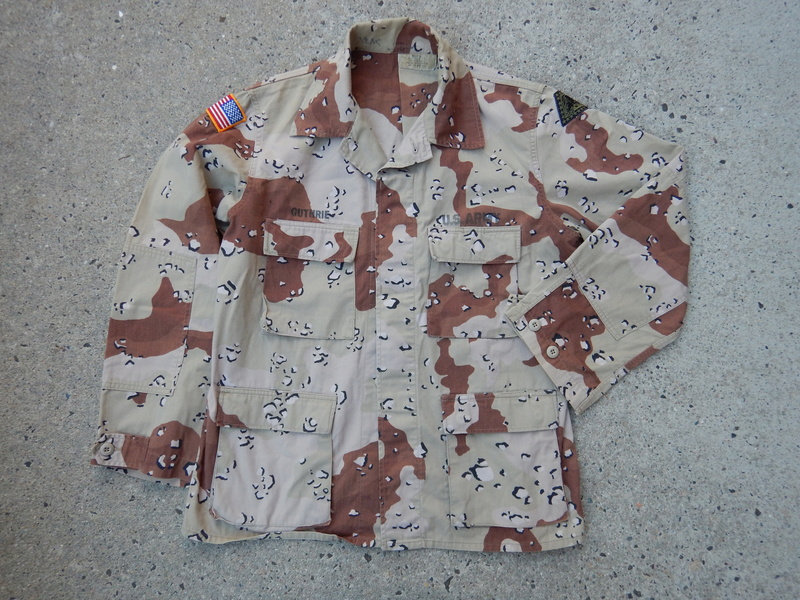 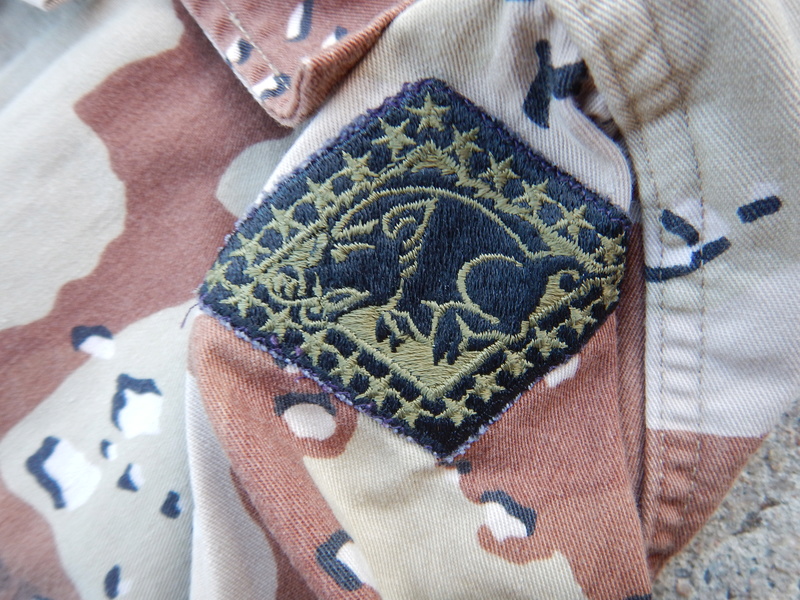 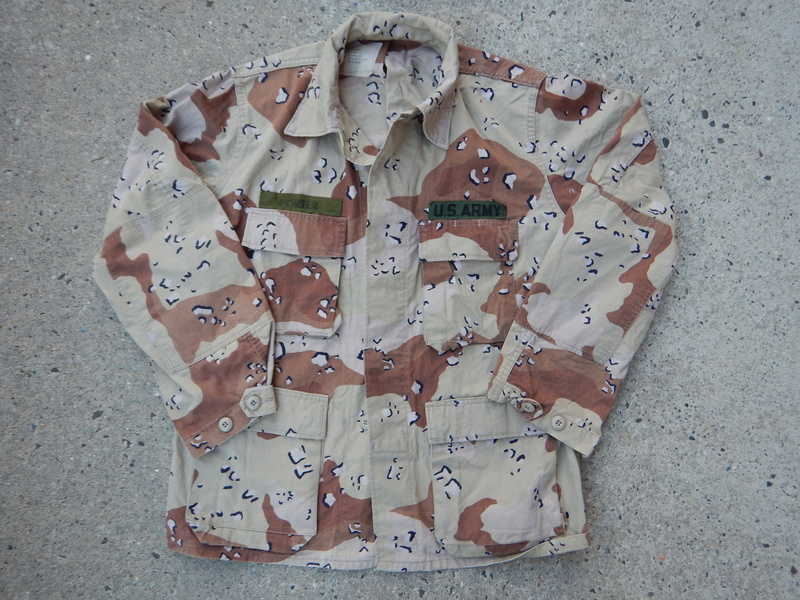 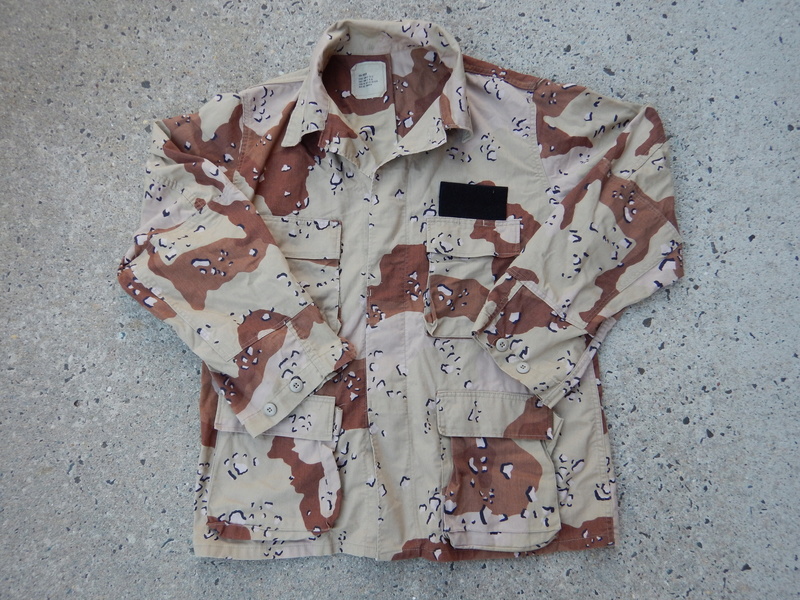 Another 1983 dated DBDU, but this one does not have the characteristic inner mantle of most 1983 types. 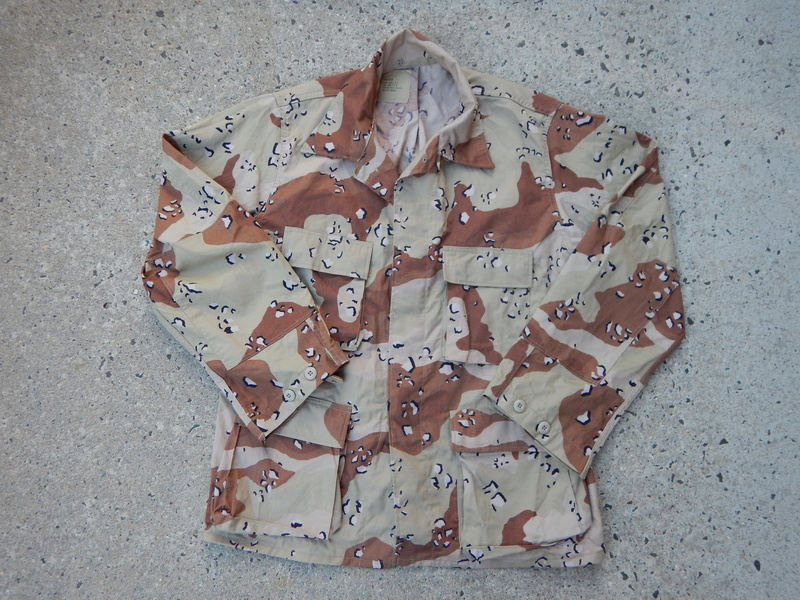 1982 dated USMC DBDU . Inner mantle on this one is reversed; camo side faces back of blouse. 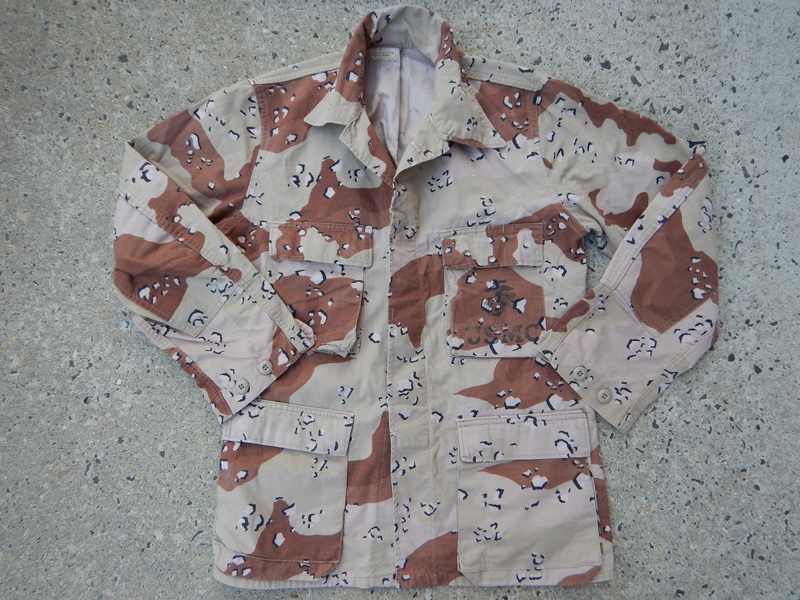 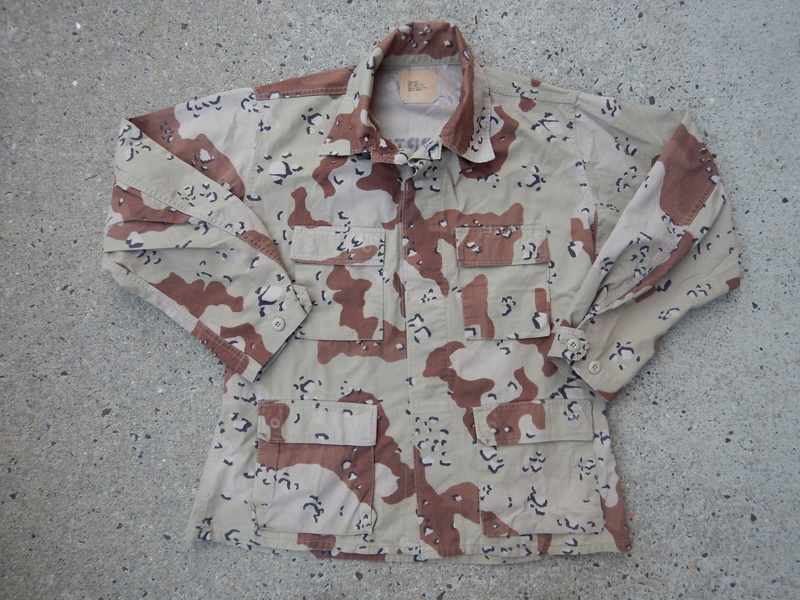 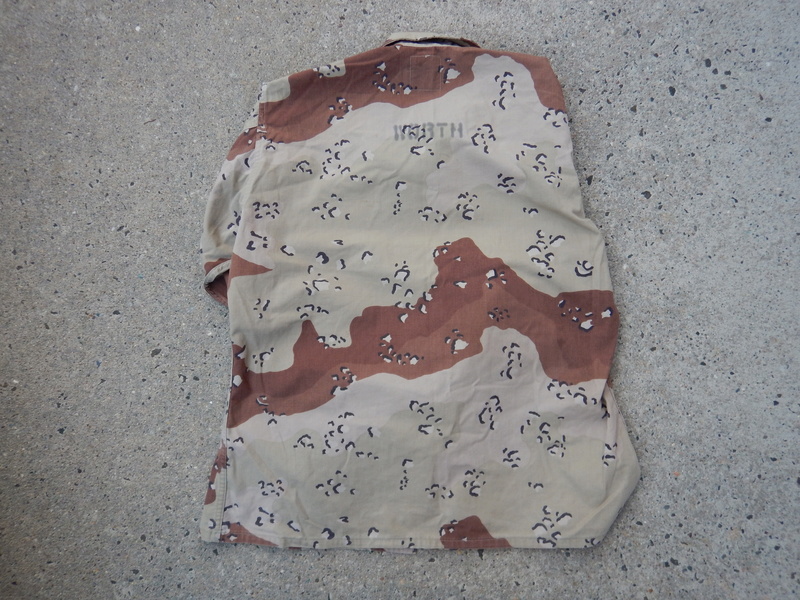 Funny you busted out with these-- I brought all of mine out again to see if they're worth trying to sell, but the world is still not ready, I don't think.

I think that you saw the one jacket that I have from Navy Cmdr. Ide. I'd thought about bundling it together with some trousers, and a same-era Nylon bag, made by the [defunct, apparently] TuffTex that was used by a Coast Guard Officer.: 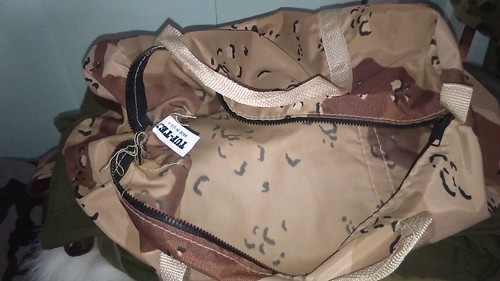 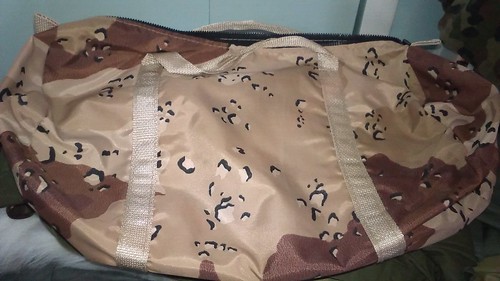 Unremarkable, indeed. It is a pattern that the universe seems to regard with utter contempt, applied to an ugly little bag that has no character at all, and suddenly-- it's a Thing from a William Gibson Novel. A part of the past that gets mixed up in the future, and noticed for a moment.

Anyway-- I think I might just hold on to my little cache. At some point, there will come a demand... or at least some respect.

Yours are some good pieces-- I have always loved the Air Force's BLACK VELCRO TAB. It seemed to mark the beginning of the removable nametape, by way of Flight Jacket & Flight Suit.

Cool how you can track the evolution.

And cheers, btw! I see that you've become a proper afficionado. Bigup!

I took a job that required study, for several years, and I stopped collecting, and just hoarded stuff for a while. Never had time to photograph/talk about/trade, or sell.

I've abandoned that career track, and now I have... time now. Which is nice.

I didn't know Wrangler had Gov't. contracts. Knew about American Apparel, Patagonia, other companies that bought up the stock of other, smaller manufacturers, and Overbranded them (New Balance / Bluewater Defense-- so's to make it look like NB is the Official Brand of DEVGRU...)

Not to throw disrespect: I do dabble in denim, and I know that certain key denim varieties hit the market at certain times, and there's a cerain sort that was used by (or devised by)  Wrangler that's highly sought after (or something)-- I know that they're worthy of respect as a brand, but they're really unpopular amongst the Cool Kids...

It is fitting, but a little sad that they ended up making these very well made NyCo BDU's that all the Cool Kids hate... 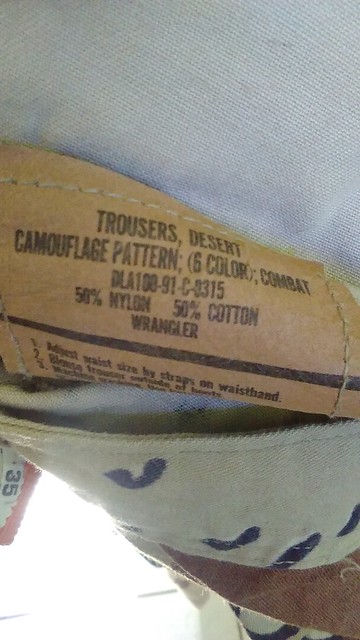 And you just know that in three years, the Cool Kids are going to be wearing RothCo 80/20 polycotton six-color ripoffs to the club.
Sponsored content