Assorted items from WW1 used by William Henry Harrison Cooper Hughes. Hughes was a Private 1st Class with Battery B, 323rd Field Artillery, 32nd Division. He was born in Pataskala, Ohio on June 1st, 1896 and was 21 when he enlisted in Granville, Ohio on April 27, 1918. June 10th, 1918 found him in France. He served in the Argonne Offensive and theft the AEF May 13, 1919. He received his Honorable Discharge on August 5th, 1919. Hughes returned to Pataskala where he passed away September 25th, 1941. He is buried in the local cemetery. 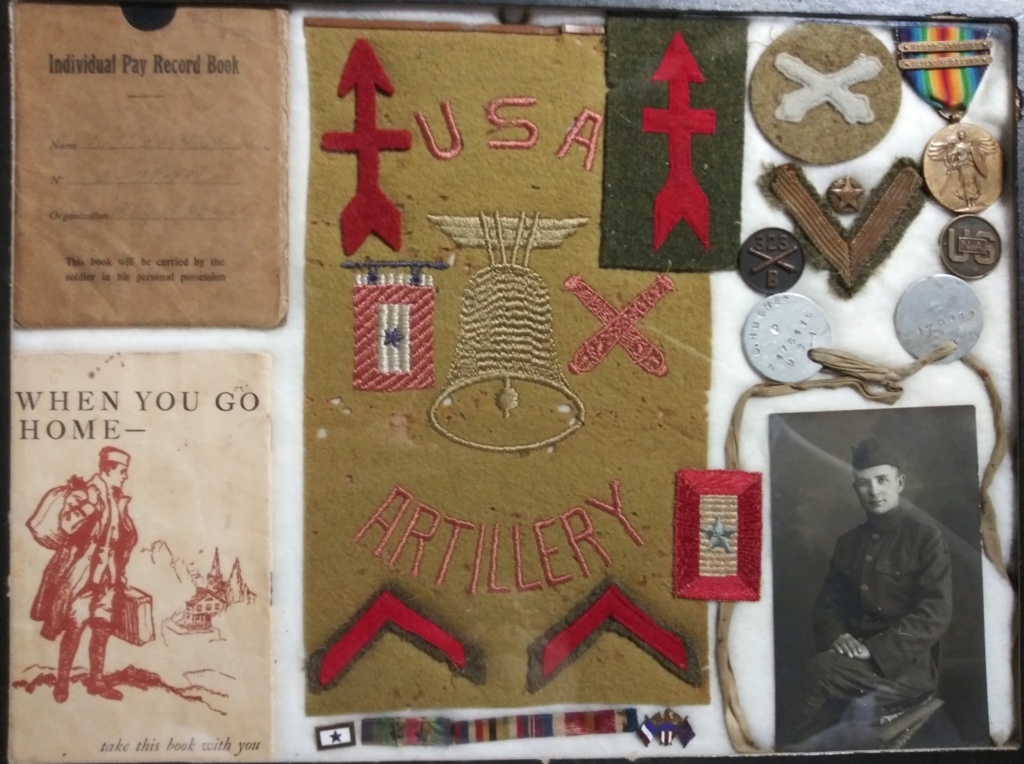 At top left is his pay book. Under it is a pamphlet about VD. It's pretty entertaining to read! The center back drop is an Artillery In Service falg with Hughes' 32nd Div patches, and Discharge Stripes. Under it is his WW1 Victory ribbon with 2 stars and a bar with VFW and un-official Inter-Allied Victory Medal ribbon. Also are a sweetheart In Service pin and a patriotic pin with the flags of France and England under the arms of the US. To the right from top to bottom are Hughes' Artillery Pfc rank patch, WW1 Victory Medal with Defensive Sector and Meuse - Argonne bars, WW1 Discharge button, 6 month Overseas Chevron, 323rd Btry B Artillery and US National Army collar discs, ID tags on original cord, a small In Service patch, and a RPPC of Hughes in uniform showing the 32nd patch on the left.
_________________
If i'm the stupid one, why do they have a book with pictures of the militaria and I have the real things??