Probably the most difficult of the 3 major types of OG107 combat uniforms to source.


The blouse is named and was most likely issued to a US Marine or US Navy personnel .. 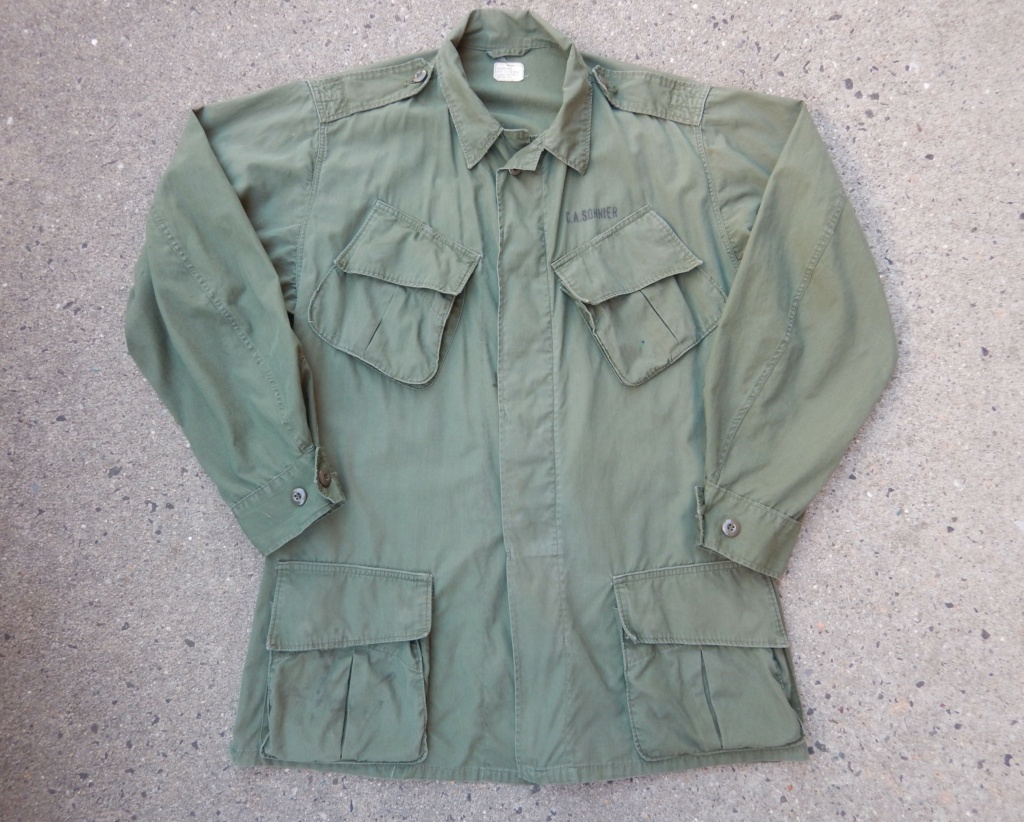 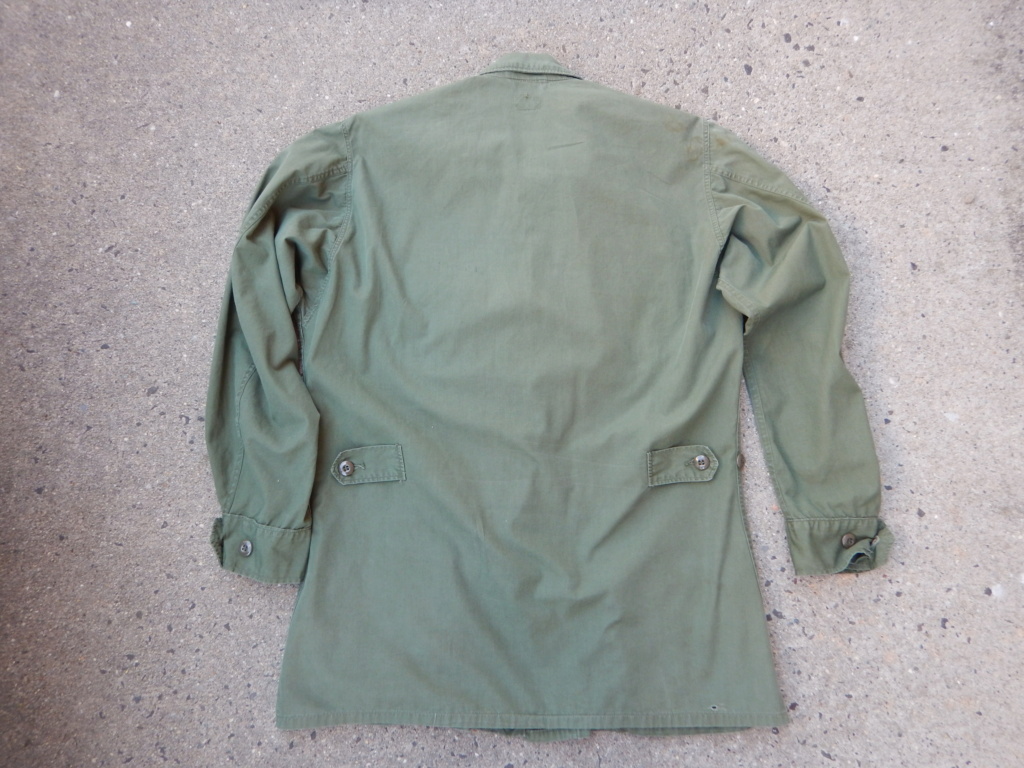 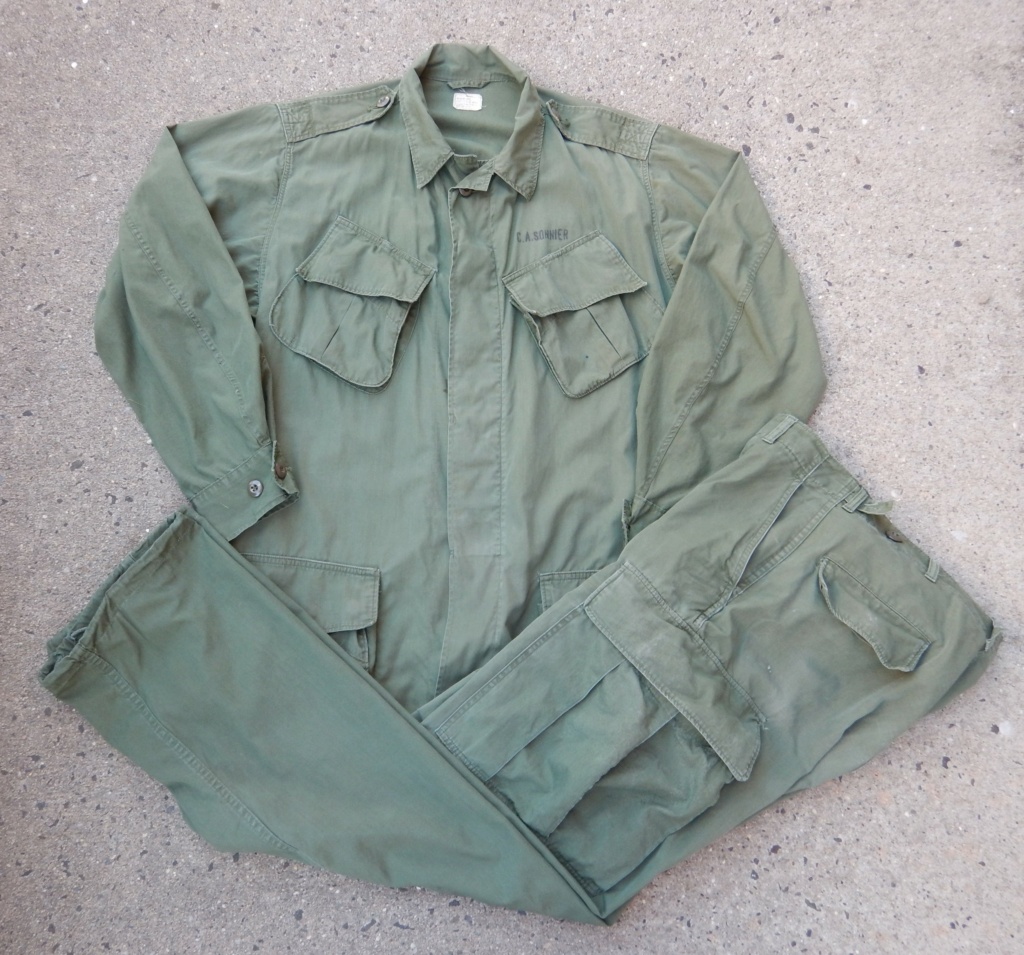 Is that because of the epaulettes?
ripcord

I would say that they are difficult to find mostly because of it's relatively short span of issue.

1st type are also quite scarce but seem a bit easier to find. Now easier is a relative term considering factors like condition, size, patched, unpatched ,identified if named, etc..

1st and 2 types are very similar. 2nd type used slightly heavier fabric and lost the exposed pocket buttons of the 1st type . All pocket buttons are covered on 2nd type.

Epaulettes, waist tabs and gas flap of the 1st type were retained in the 2nd type.

All these would go away with the 3rd type except for some very early non ripstop types that briefly followed around 1967 before full conversion to ripstop around 1969-1970.

2nd type were issued around late 1965 to 1967 but would be seen in use for a few more years after being replaced by the 3rd type, a simplified version of it's previous type ..
mylle