As you can tell, this uniform is VERY small. The mannequin I placed the uniform on to for pictures can handle a Small Regular jacket with room to spare, but this jacket wouldn't even button.

The insignia on this uniform appears to be original and the stitching is old. No other insignia appears to have ever been present. It does appear to have had some DI on the shoulder straps (which are sewn down). All the pockets have buttons and snap closures on the edges.

The jacket does have a little bit of condition issues. I had once considered stripping the uniform of it's insignia and using it for a display. BUT...I think this piece is rare enough that I'll probably spend some money and get it professionally repaired. 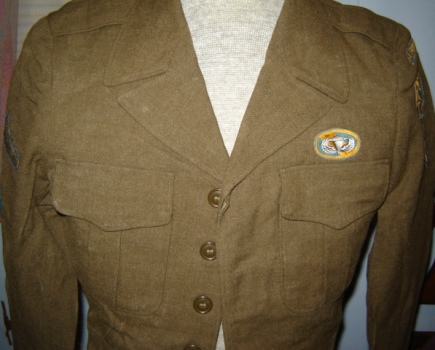 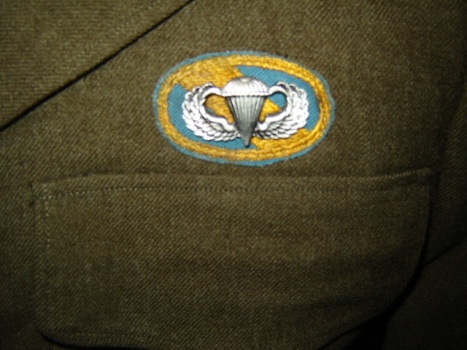 Here is a close up of the SSI on the sleeve. 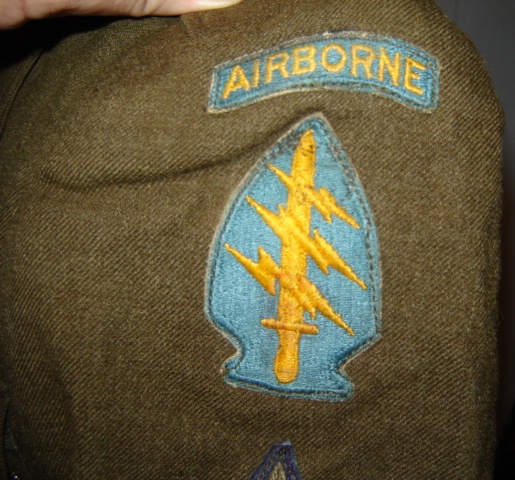 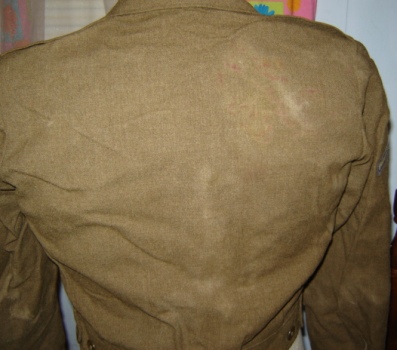 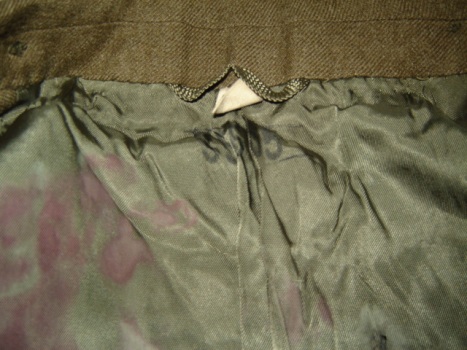 Before anyone says anything....I know this pre-dates the major US involvement in South-East Asia, but this is the closest category this piece fit into. 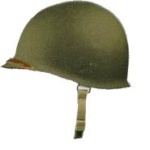 The "Ike" jackets were in still in use up to 1960 - 1961. The AG44 (Class A Greens" were introduced in 1957 and for the 3 years after, they had a "1 & 1" policy for wearing them. The official wearout date for the Ike was in 1961. So your SF trooper could've held out and kept wearing it. I have one also with the OD on blue MSGT rank. Mine has a yellow on black airborne tab. I picked it up at a flea market back in 1981 and have always been pround to own a special forces Ike jacket. Its like having a rookie card of special forces uniforms.
Tyler Flint