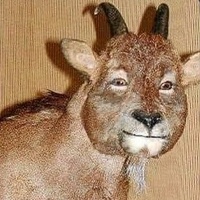 I'm a bit of a camo nerd, part of a community of other camo nerds who like to recreate and design camo patterns, but one thing that's really eluded me is New Zealand's new MTP pattern. Like most people I just kind of assumed that NZMTP was a recolour of British MTP, much in the same way NZDPM is just a recolour of the original Disruption Pattern Material. However, I've found evidence that that's not entirely the case.

In these two pairs of comparison shots I have a picture of a bit of NZMTP and a section of MTP that best matches that bit. Finding these was quite hard and I only got these after mirroring the MTP texture, but as you can tell the patterns are not identical at all. In fact the two patterns have a completely different construction in that the darkest layer of NZMTP actually goes on top of the lightest, the opposite way around to MTP. This difference did make me wonder if NZMTP is actually based on the commercially available Vista ATP (Arktis' MEP), but I can't find any evidence for that. I don't think it has any connection to BTP either, that would just be embarrassing if it did.

There's very little information about NZMTP out there, finding a good photo of the pattern was hitherto impossible before finding this forum, so I'm hoping some of you experts could enlighten me on what you might know about the origins and development of NZ's MTP.

The original reason we went for MCU when MTP/MC was the way forward was price maybe this avoids any $$ to Crye?.

Compared it with a Brit smock when we first got issued, you are correct, there is a distinct difference in the patterns, most people cant even tell...
Saw a post on one of the FB pages a while back, was also one on Trademe(Kiwi Ebay type site) someone trying to flog MTP as NZMTP.
Sponsored content