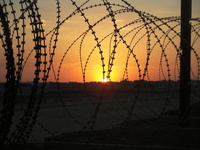 Hello everyone, I've been collecting US and UK/commonwealth webbing for twenty years or near about. I've purchase many lots of 37 pattern webbing and I occasionally get pieces of post-war Danish, Dutch, Italian and Belgian webbing that I have been saving in a box. Now I've started to learn about it.

I've been reading over the posts that cover Danish webbing M45/50 and M45/59 and I found them very informative. I have a few questions, is there an M45 webbing? What was the wartime UK/commonwealth 37 pattern called, is that M45.

I also found these photos of Home Guard soldiers with what looks like cartridge carriers. In one of the photos, three soldiers seem to have the M45/50 ammunition pouches. One of those soldiers has a Madsen LMG so I'm thinking the other two soldiers are his assistant gunners. Was unmodified UK/commonwealth 37 pattern used by the home guard? I'm unsure if some of the webbing is Danish or UK/commonwealth. I also have a great interest in the US M1917 Rifles in Danish Home Guard service as 7.62 Gevaer M/53.

I want thank everyone for taking time to read this. 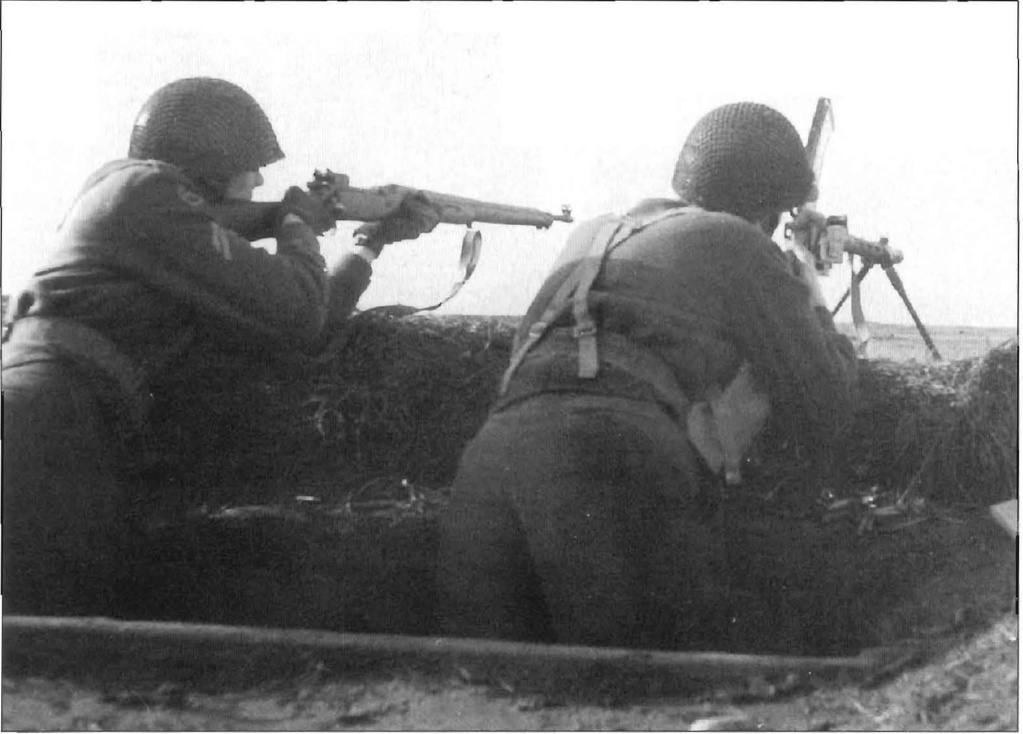 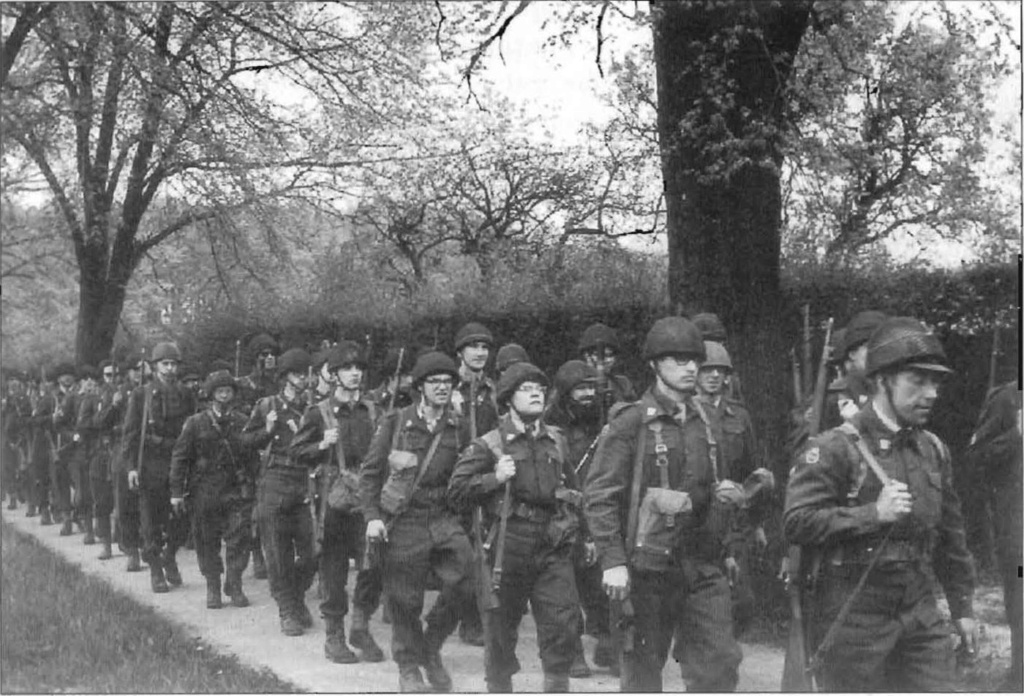 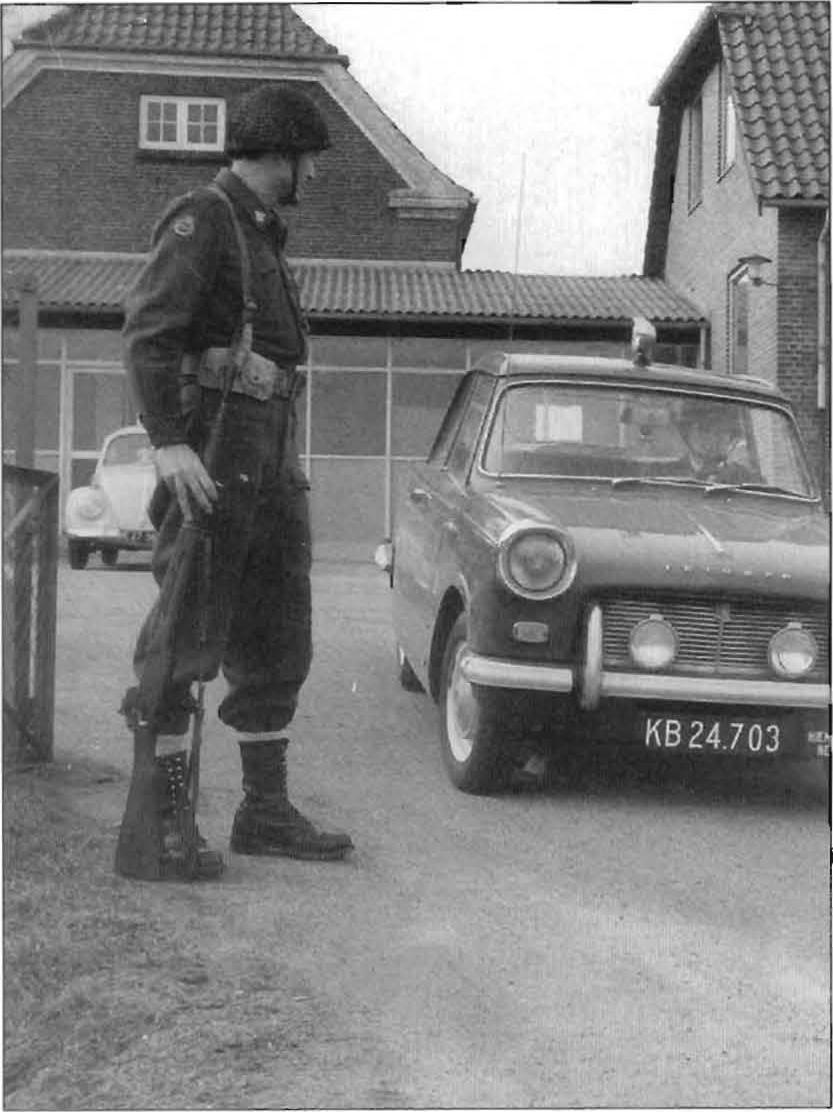 When was the last photo taken? The car looks fairly modern. I did not know the Danes used the M1917. I always see this rifle used by China in WW2 and the UK home guard.
CRjackson37

It was taken sometime in the 1950's or maybe early 60's, I think. In 1953 the Danish Home Guard adopted the U.S. M1917 rifle as the 7.62 Gevaer M/53 to replace the mix of rifles they were then using; which were mostly 6.5mm M1896 Rifles on loan from Sweden. They got the M1917's from Norway, Canada and the UK and traded off their stocks of British rifles, the M1896 rifles went back to Sweden. Beginning in the late 1950's, most but not all of the M/53 rifles had their front sight blades replaced with a larger post front sight; some rifles remained in service unmodified throughout their service. The M/53's were replaced by H&K G3's in 1975 but they didn't totally leave service until the early 80's at least.

The Danish government originally wanted the arm the Home Guard with U.S. M1903A3 Rifles, however the Home Guard wasn't under NATO command and didn't receive equipment under that system, nor did the U.S. Government provide the rifles as aid under MAP. They offered to sell the rifles to Denmark but the cost was too high and the Danes settled on the M1917 rifles instead. I guess neither country felt that the juice was worth the squeeze.

The Danish Army postwar adopted the No 4 Enfield rifles as the 7.7 Gevaer M/45E these were supplemented with numbers of No 1 and No 3 rifles and some U.S. M1 rifles. The British rifles were replaced when the Army adopted U.S. M1 Rifles as 7.62 Gevaer M/50, I believe that all M/50's procured after 1955 came from Italy. I'd be curious to know when the M/45E's were fully phased out.

Both the Army and the Home Guard used Madsen LMG's in 30.06 and later 7.62x51mm MG3's, with H&K G3's from 1975. I know Demark also had some German weapons left over after the war but I have no idea what became of them or the Danish Krags.
Sponsored content