2nd (later 1st) Lt. David A Prince, SigCo., 5th SFG(A) was awarded the CBI on 16 June, 1968. Shirt has cut edge SF and Airborne tabs in color, and early subdued twill and in country made nametapes. Collar insignia is Signal Corps and 2nd Lt. subdued on sateen. Shirt is early undated one. 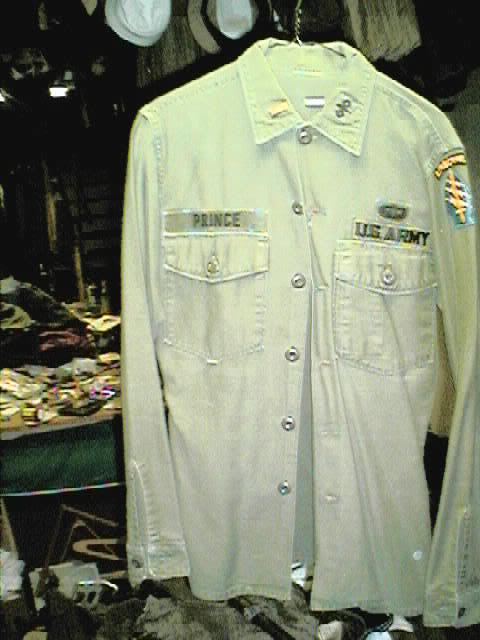 militarykid1234 wrote:wow nice shirt they are getting very hard to find now and go for some good money