fourtycoats wrote:I just came across this statement in a forum dated 2010. I can not attest to it's veracity but it seems convoluted enough to be credible.

"Uniforms in Swiss Taz90 camo with labels printed in English "Made in Switzerland" were issued to soldiers serving in the Bosnia-Hercegovina Peacekeeping Mission from January 1996 through March 2001. The Swiss Headquarters Support Unit (SHQSU) operated under the Organization for Security and Co-operation in Europe (OSCE). One of the Swiss Federal Council requirements for this participation was to not provide direct military assistance, which included uniforms. To get around that obstacle, the neighboring principality of Lichtenstein was employed with manufacturing Swiss uniforms. Lichtenstein itself has no standing army, and this gave them the required "neutrality" to supply Swiss soldier uniforms. Part of this neutral approach were labels printed in English. Also, the military emblems and patches identiying the Swiss soldiers were also printed in English, as were most other countries' who provided support to the United Nations.

Any unissued uniforms were surplused after the deployment ended. The labels say "SWORKER" with a Swiss flag emblem printed on them."

I think I found the posting of the above info Sean provided concerning  SWORKER  TAZ90...

I've long thought this explanation makes the most amount of sense. The Swiss government has consistently been very controlling of their camouflage patterns. To think a company in Switzerland could bring a very close copy of the official uniform to the commercial market without some coordination with the government is hard to believe. Even the Frontenac CADPAT copies were made with the blessing of the Canadian government, though they were purely commercial.

Another theory, which I've just thought of, is the SWORKER uniforms are more like the Canadian Frontenac uniforms made from rejected early cloth runs. Frontenac received permission to sell uniforms with the cloth. The first model was very close to the real thing, which caused the Canadian government to require later production be much different in cut (BDU style). Maybe the SWORKER cloth, which is different from the production types, was rejected and SWORKER was the result? I notice a slight misalignment of the black colors on my SWORKER example, resulting in a small white outline. The cloth should have been rejected, but it could still have been used as a special run of uniforms as per the above information.

Finally got the taz 90 jacket 1 seller usually sells them for cheap but 1 size only i was lucky it fit me. size 52N whatever the N stands for its a bit big but fits. I also ordered a real issue swiss patch for it the one that says suisse on it sucks the manufacture tag is missing from mine i guess it was removed

Pictures of mid 1990s armored crew coveralls (from an APC crew member) and winter/wet weather trousers.  The latter is standard issue, but for some reason very rarely seen for sale.  It's similar to the old olive drab "mountain" uniform trousers.

Ack! I just saw how blurry the coveralls pic is. Sorry about that! 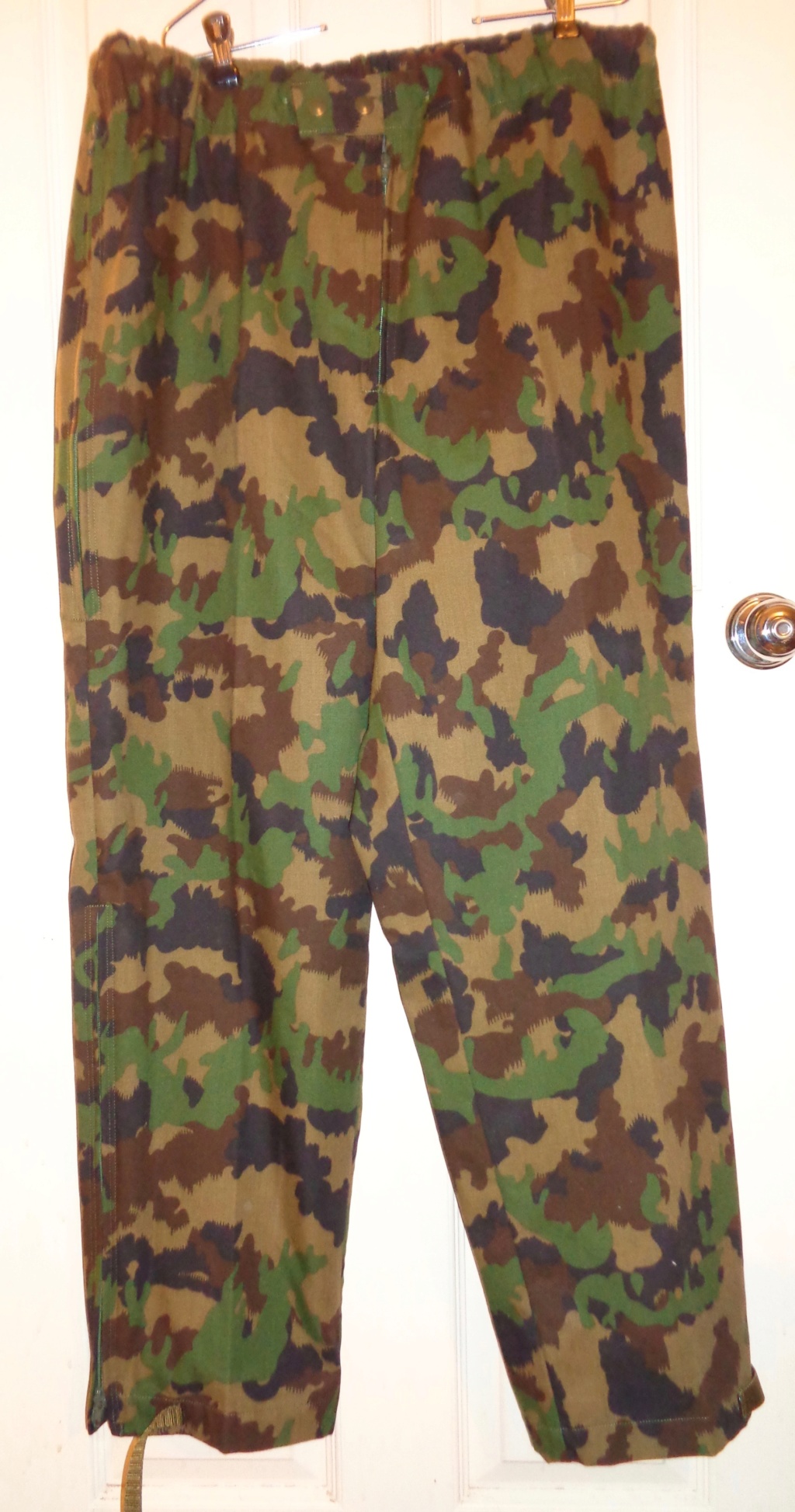 Follow up to the speculation of SWORKER uniforms. I have a senior Swiss officer contact who says the theory of bypassing official restrictions is BS (he used the full English term

). All pictures he's seen of the unit in question are in plain green uniforms. No camo at all. Also, they apparently have a nickname of "Gelbmützen" (yellow hats) as they wore yellow berets. He said the green uniforms are in surplus stores at the moment.

He doesn't know for sure what the SWORKER uniform is or isn't. His does have a theory. In the late 1980s the Swiss Army started to form a "Swiss Blue Helmet" battalion that could be deployed for UN missions. is that in the late 1980s. A national referendum in 1992 sunk those plans. However, before that happened they did start to outfit the unit. They even bought Land Rovers. He figures there's other things they bought, perhaps including a run of very early TAZ 90 uniforms on the cheap before they were widely produced. Maybe because they thought they were going to go to Bosnia at any minute and didn't want to go in Alpenflage? It's just a theory, though.

Found some interesting photos of the arid pattern..   This sure is a great looking uniform ! 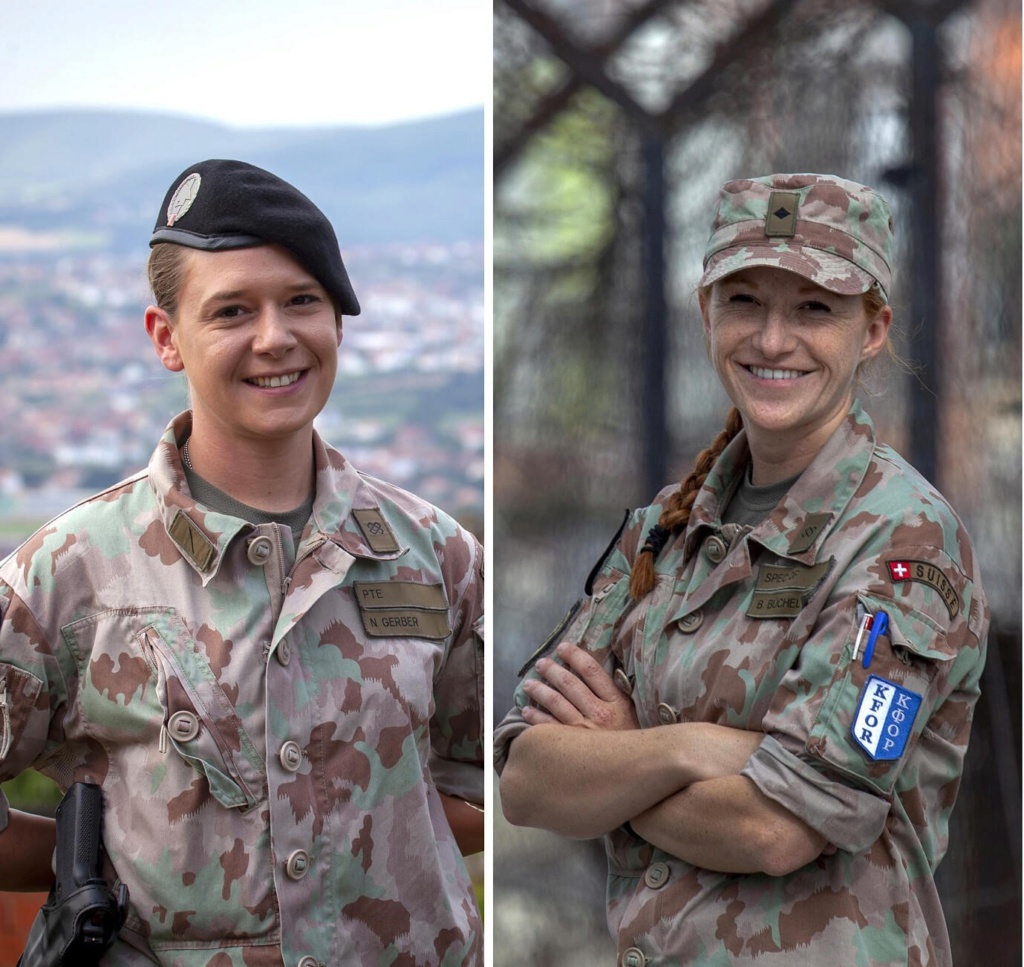 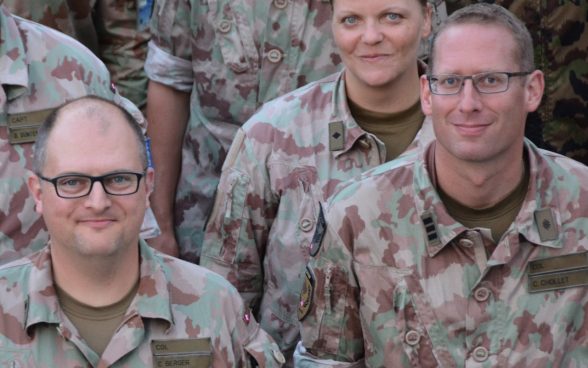 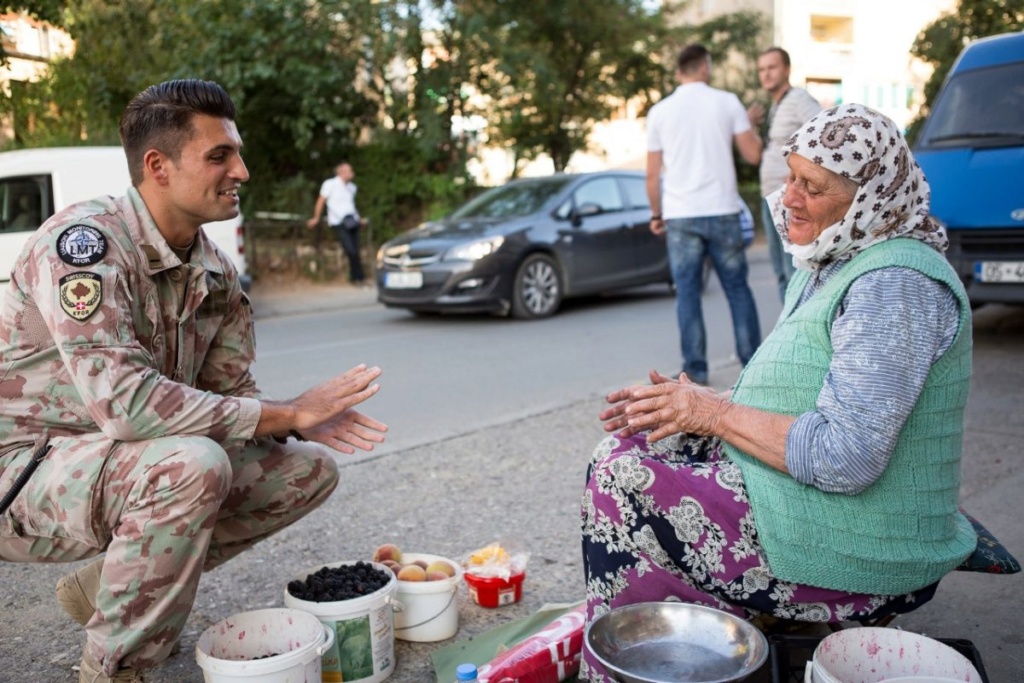 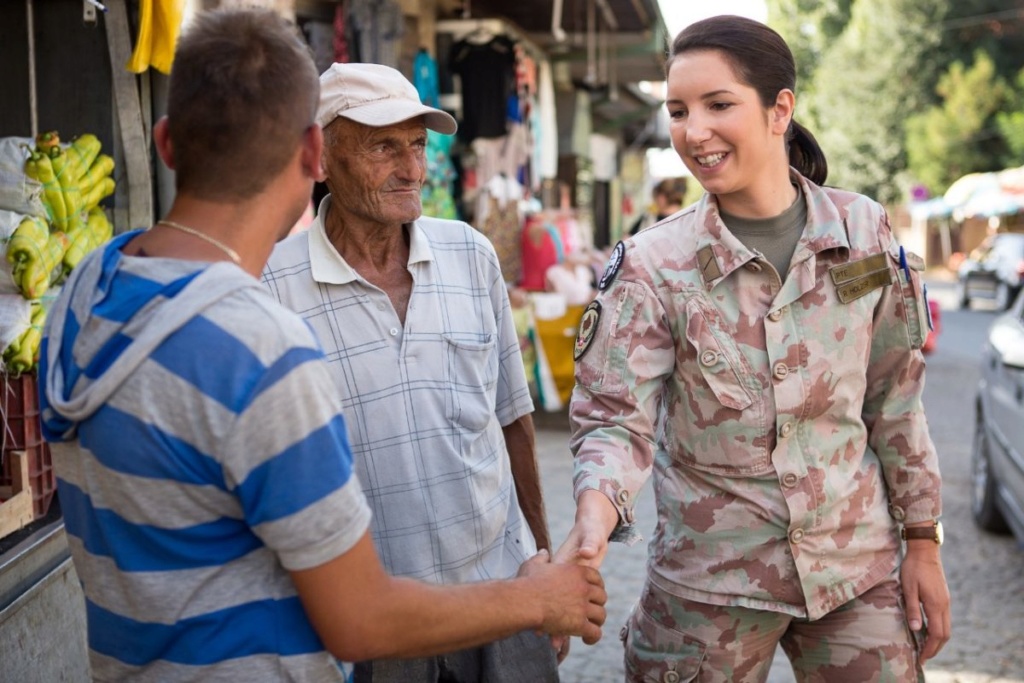