I promised you that i would put my helmets.

Well, i'll start with two helmets. I hope that you enjoy.


This first helmet is an a trubia's 38 model, also known as "Azaña", this helmet was used during the two last years of the spanish civil war. (1938-1939). After the war, this kind of helmets were painted again, and in the front part, they put a hook named "trabilla" for put the infantry eagle.

Well, now, this second helmet, is named Trubia M26 "Sin Ala". This was used during the spanish civil war, and the difference between the Trubia M38, is that the M26 have the sides more shorts like the M38. You can see the difference on the pictures. This helmet also was used after the war. 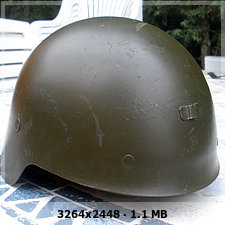 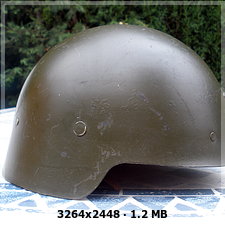 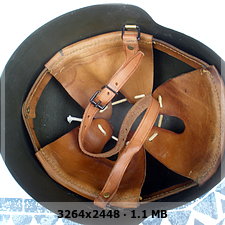 Re: My spanish helmets