Can anyone tell me the exact model of this Jacket,when was it issued etc,any info would be greatly appreciated 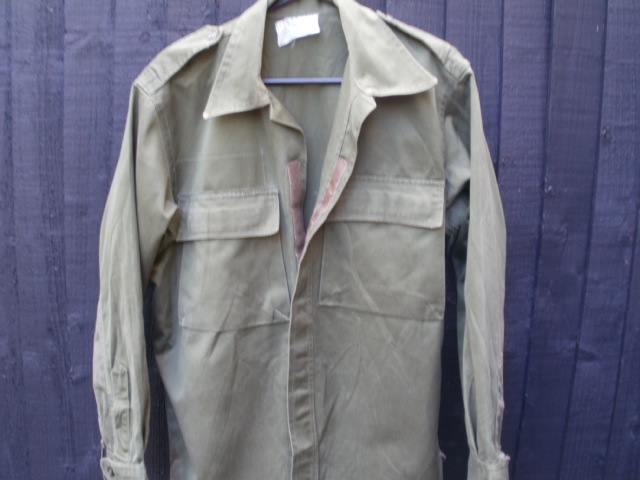 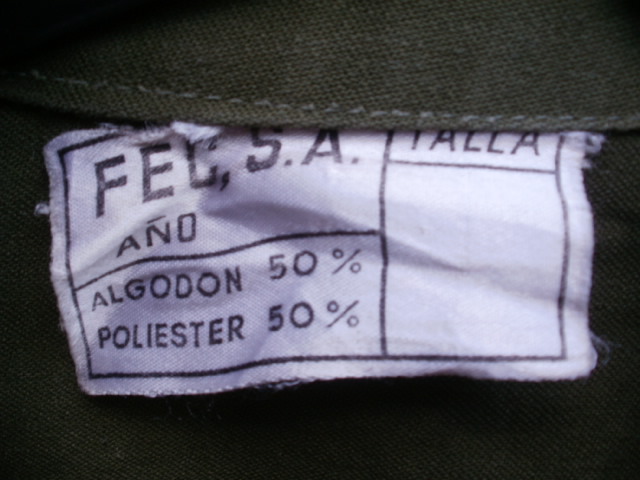 This is a uniform nicknamed "OTAN" (NATO) because it coincided with Spain joining NATO in 1982. I think the OTAN uniform came into use around 1984, but not entirely sure. The velcro shows this to be a later production when they replaced the buttons with velcro (which soldiers did on their own too). It's a fairly washed out example which I initially took for the browner M68 "Garbanzo" uniform.

The stitch marks over the right breast pocket must have been for para wings. Flags were worn on both shoulders and probably rank/name was worn over the left breast pocket. The Spanish messed around A LOT with different rank/name configurations so it's hard to tell for sure.

Here's a picture comparison of M68 Garbanzo, early OTAN, and later OTAN uniforms. Note the details of the cuffs and other features to see the progression of the construction from one to the other. The jacket you have is like mine in the middle, though mine has some really unique badging (the arc badges were in place of flags): 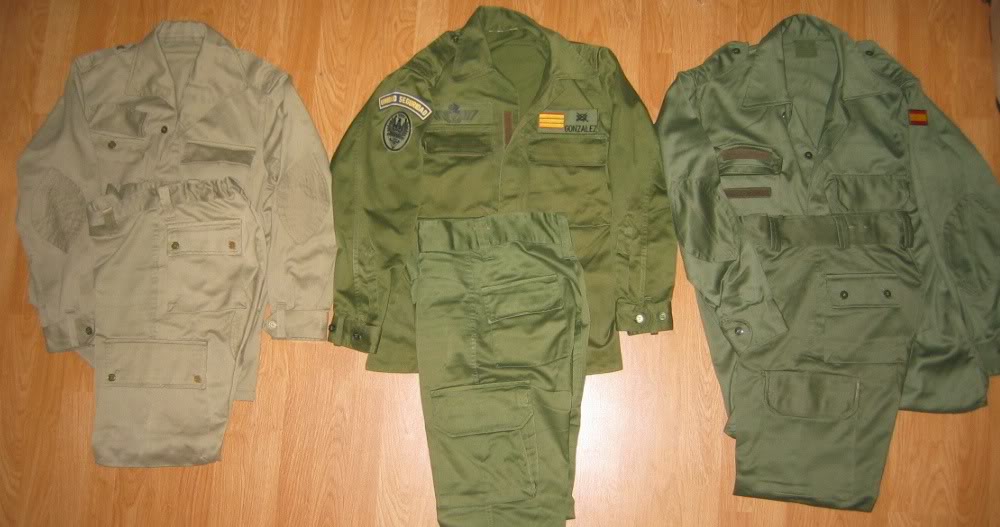 Excellent,many thanks Steve, it's great to be able to positively id this Jacket