This is one of my favorite patch groupings in my collection. It came from the daughter of a gentleman who worked for the National Security Agency during the 1980's. He retired from the NSA several years ago. I am in the process of working with the daughter to buy some other of his other items. Here is a little bit of information on the Central America Joint Intelligence Team:
The Central America Joint Intelligence Team (CAJIT) was created in 1982 at DIA. Support came from the DIA director and the JCS chairman, who recognized the need for all-source, fused intelligence. This organization brought together close to 100 analysts from all of the services as well as CIA and NSA in the basement of the Pentagon. In part because of the lack of a theater-level JIC and problems spawned by compartmented programs and activities run at the national level, CAJIT provided tactical-level intelligence to Southern Command and US allies in Central America, particularly in El Salvador, from Washington
Also a little information on the CIA Special Operations Group:
CIA Special Operations Group 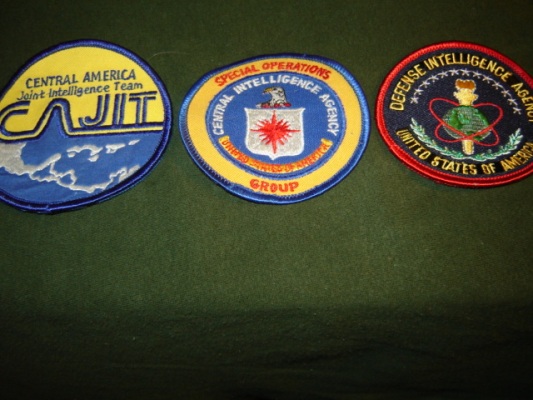