Its a very beautiful set- Thanks Phillip 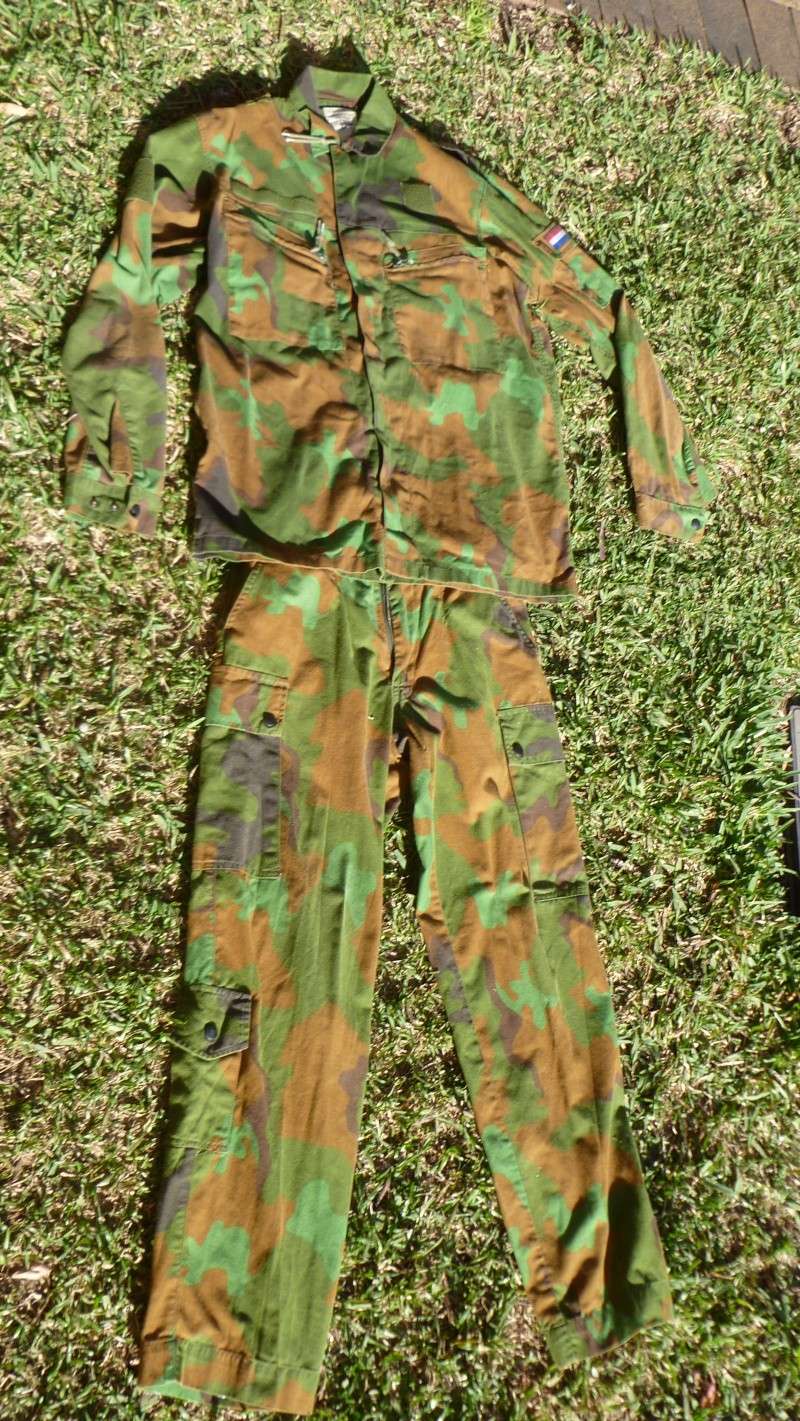 Yep, they are pretty unique.

I wonder if they were ever officially used on missions?
lammasulyon

yes they certainly were! the were used probably in the 1990-2000s periods, not too sure about current status though...
jeva

YES the most beautifull jungle camo there is.

And yes its still used in Africa and in Belize.

If you need more items I have them all.But they are not that cheap.

jeva do you have jungle boonie hat? have no luck finding them
jeva

Yes I have 2 of those.But I warn you even here in Holland there rare.
I wouldlike 30 euro for them.Or I would swap them for a us army softshell LARGE LONG with payment from my side.

This is the piece I never see for sale ,mine is the only one I have seen ??? are they that rare ???

EXTREEMLY >VERY RARE >THE ONLY ONE I EVER DID SEE.

One was traded with- I don`t remember whom, I must look for the others.
panzerwerk

Thanks Jeva , good to know !
lammasulyon

jeva, whats the size? of the boonie?
drmatz

didn't know they were that rare..

i also have a hemet cover and a boonie..

nice cover, never really seen them in use though...
flo 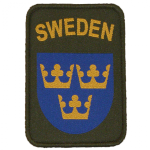 Hello, i'm new here. Nice forum!
I have collected few uniforms and here is my newest, a dutch jungle uniform.

Has someone a tip for me where i could find a jungle camo hat?
I live in Germany and i would take a tour to my good neighbors

The shirt is a little bit long, but i like the fabric, its very light.
Good for the jungle

Have a nice day, Flo
Philip

With the trend towards digital patterns, I must say your classic type (non digital) still looks beautiful.

Enjoyed the pictures. Reminded me of the World War II Italian camouflage uniforms, that were also used by elite Waffen SS German units, such as 12SS PZ DIV HJ.
Philip

Once you start collecting, one piece leads to another. A Steyr with web gear would round out his collection and be a perfect accompaniment to the Dutch Jungle camo uniform.

Was under the impression that the Dutch (Netherlands) also use Steyr rifles. Having seen variances in the color over the years, depending on the run, the standard Green or WWII type German-Austrian Green-Gray (whatever color you call it) Steyr stock is a close enough match, to the Green in the posted Dutch Jungle camo uniform.

But a Steyr in this Dutch Jungle camo, would also look beautiful and perhaps aid in breaking up the outline of the weapon more. Have actually seen one close to this pattern decked out with rails, lasers, optics… all in camo.

In the USA, some of the latest Steyr AUG’s with stocks and for grip (the plastic parts) were done in ACU/UC digital camo, that were available for sale.

As you probably know. If you order a large enough quantity or so, Steyr will make the plastic in any color you want. Some Middle Eastern State has theirs in Blue-Purple for Palace Guards, maybe years ago German Navy too.
Maxgendon

i am new and interest to get this camo. If you guys can get me an idea to get it please do so. I am ready to trade if you need some camo from Indonesia. I am Indonesian collector. I can send to you first if need it.
misanthropic_gods

i am new and interest to get this camo. If you guys can get me an idea to get it please do so. I am ready to trade if you need some camo from Indonesia. I am Indonesian collector. I can send to you first if need it.

Hello, I see you have posted 6 times without posting an intro in the introductions section, if you could do that it would be much appreciated.

OOps! i am very sorry about this. I will do.....I am just very exiting to get something that i have a long dream on it. Yes, to yoa all just a short brief from me for this posting. I am military enthusiast from Indonesia. I am Indonesian and consent to collect camo from selected country based on emotional history. I have Indonesia Army Camo collection, US Camo and Brit and want to learn more form you guys here.
Philip

This pattern is in fact a modified American coffee stain desert print.
Maxgendon

I am sorry - I did not aware your offer. If you can help me i really appreciate

. Please tell me how to PM you. I have tried to open your web site that you gave but it did not work.

Many thanks.
MaxG
Rotterdam1953

Hi all,
I am a Dutch collector living in the UK. I recently got the Dutch jungle camo trousers, jacket & coat - all brand new and that fit me (!) and was also lucky to get the boonie hat as well. I am looking for the rubber rimmed helmet cover (Large) Is there anyone out there who can help?
Best wishes,
Arthur
Sponsored content